Western civilisation, and other things I like about white people

No one should be forced to account for the historic atrocities of their ‘race’. 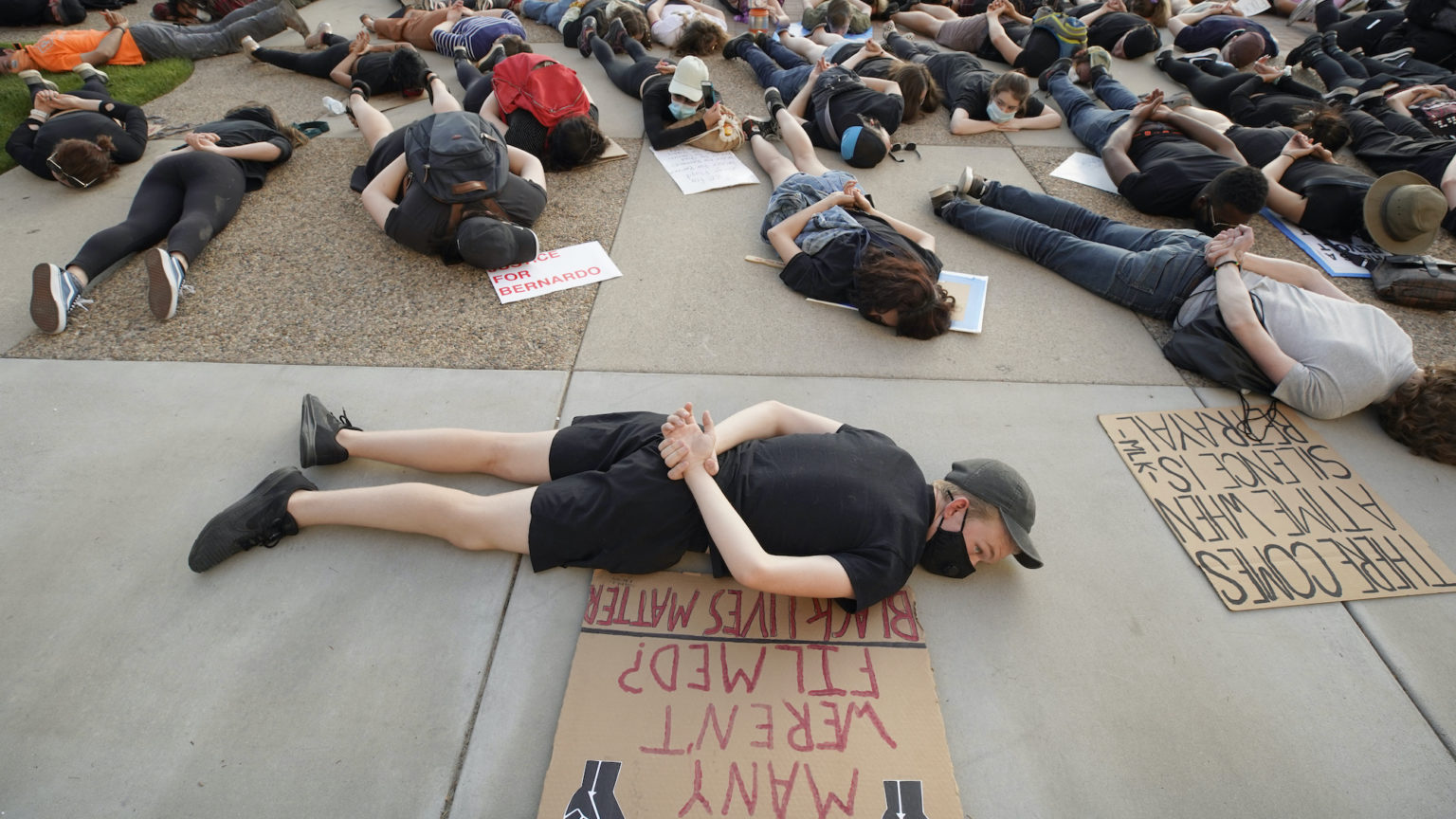 A few weeks ago, researcher Christopher Rufo was asked what he likes about white people or about being white, during a polite but heated conversation with television host Marc Lamont Hill. Rufo – who, for the record, I know and like – politely demurred. He said that he considers himself Italian-American rather than ‘white’, and that he doesn’t see much point to the broad labels that modern Americans insist on applying to racial groups.

I understand why Rufo answered as he did. But I personally would have been unable to resist the temptation to answer with ‘Western civilisation’. Quite obviously, if we are going to insist on slapping broad racial tags on people, whites (in the European / Caucasian sense of that term) have done quite a few things that are likeable or worthy of pride. With a few exceptions, like Aesop (who is sometimes depicted as a black African from Ethiopia), the Ancient Greek writers who laid the foundations for Western philosophy and epistemology were European Caucasians. The Roman Empire was founded by ‘whites’, too. The Industrial Revolution and the modern scientific revolution both began in Europe. Modern jetliners, locomotives and road vehicles – literally planes, trains and automobiles – were all designed primarily by ‘white’ people.

Of course, if this even needs to be said, non-white people have done a great many things as well. The first humans came from Africa and they were dark-skinned. The earliest human innovations – from weapons like the atlatl and the longbow to the formation of trading networks and complex languages – trace back to the motherland as well. Later African societies like Ghana, Songhai, Mali, Nubia, Kush, Meroe, Ethiopia and Great Zimbabwe significantly shaped later human society, as did African inventions like farmed coffee. Any fair list of the most significant and influential people in the history of the US would also have to include folks of African descent, like Frederick Douglass, Harriet Tubman, Benjamin Banneker, Thurgood Marshall, George Washington Carver, Martin Luther King, Clarence Thomas, Thomas Sowell and Barack Obama.

People come in shades other than black and white, of course. And it is no exaggeration to say that Asian civilisations have outshone both the ‘black’ and ‘white’ continents throughout most of history. Sophisticated agriculture developed in the Near East, while the impressive Sumerian and Egyptian civilisations started to develop systems for writing as early as 5,000 BC.

The Chinese also tilled the soil early on, and are responsible for an impressive list of human inventions. This is generally thought to include paper, printing, the compass and modern navigation, gunpowder, coffins, paper banknotes, cast iron, crossbows, and (to the lasting dismay of students everywhere) formal graded examinations. Africa gave the world humanity, the Middle East gave it civilisation, Asia gave it ‘Eastern’ civilisation and numerous extraordinary inventions, and the West gave it modernity. Not a bad job, team!

Of course, white people – to take them first – have also done some bad things. The US and most other European-derived societies engaged in the deplorable practice of slavery. The US did not ban slavery outright until 1865 – well into the modern era. Those Western nations that participated in the ‘discovery’ and subsequent exploration of the New World clashed brutally with the mighty Native American tribes, wiping some of them out completely – although this was more often due to the spread of novel diseases than to genocidal intent. Prior to that relatively recent era of global exploration, ‘whites’ fought brutal wars among themselves – some lasting for decades. They also launched a series of bloody Crusades against the Islamic world. And they burned between 200,000 and 500,000 women alive as suspected ‘witches’. Even in the 20th century, the Holocaust, the Holodomor terror-famine and the Bosnian genocide were virtually 100 per cent ‘white’ atrocities.

Of course, ‘POC’ have done many bad things as well. All humans of all colours are descended from predatory apes, after all. Africa is a black continent today because of the Bantu Migration. Black tribes swept down from the Sahel region (south of the Sahara) and came to dominate virtually the entire vast landmass of Africa – eradicating or entirely assimilating most pre-existing Khoi-San and Pygmy populations. The very first whites in what would become modern South Africa met their most serious opposition in the powerful Bantu clans to their north. Black African leaders from Shaka and Dingane Zulu in the 19th century to Georges Rutaganda in the 20th century have been just as willing as their white counterparts to kill millions of people with abandon.

Meanwhile, the greatest empires of Asia have probably outpaced the rest of the world combined when it comes to the human toll of historical conflict. The Mongol Empire alone conquered modern China, India, Russia and most of the Middle East. Genghis Khan’s armies killed so many people that the reduced human population lowered the mean temperature of the Earth. Today, around one in every 200 people on Earth is believed to be a descendent of Genghis Khan.

Slavery has long been a shared arena of human misbehaviour. The practice of throwing chains on defeated enemies and making them work for nothing dates back almost to the point when the first Neolithic battle captains stopped simply killing and eating their captives. Historical slavery existed in Asia, Africa, Greece and Rome. Aristotle believed that some people were naturally suited for slavery and a life of ‘work’, ‘beatings’ and ‘feedings’ (for the lucky ones).

Brown and black slave masters were, very often, no more merciful than Caucasian ones. A Muslim-led slave trade went on for far longer than the Atlantic slave trade, and reduced far more people to bondage. As many as 18million Africans were sold by Arab and black traders like Tippu Tip. These ruthless and amoral businesspeople also sold Europeans: more than a million captured sailors and fighters from Europe were purchased by Middle Eastern or African masters during the course of what is now known as the Barbary Slave Trade. Even today, active slave markets can be found in Libya.

If this tit-for-tat point-scoring is beginning to sound pretty damned silly, that’s because it is. The ancestors of almost every living human – Chinese, British, Nigerian, Mongolian, Mexican, South African, Arabian, Russian – did both great and horrible things. More importantly, none of us alive today are the same as our ancestors. Perhaps the key principle of modern morality is that ‘the sins of the fathers’ do not attach to their descendants, and no living white or black person anywhere in the world is responsible for the atrocities committed by either side during, say, the Anglo-Zulu War of 1879. The past is the past. It may influence the present, but it lies dead, while we continue to bumble along today.

But as we all know, well-meaning whites today are often placed in a unique position. They are constantly asked to repent for the sins of their ancestors (broadly defined as all white people from the past), while they are also warned away from feeling ‘white pride’ in the accomplishments of those ancestors. This position is logically unsustainable. There is no logical reason that a Caucasian American whose ancestors hail from Eastern Europe should feel terrible guilt about the atrocities of the Nazis or the Confederates, but cannot take pride in the achievements of Ancient Rome or modern Britain.

Here’s the kicker: logically, he or she shouldn’t feel either of those emotions. Instead of wrestling with pride and shame over the past, we should try to stop viewing ourselves and others as members of racial groups altogether. Let’s kick the gnawed bones of history’s skeletons back into the closet, and get to work with solving the problems of today.