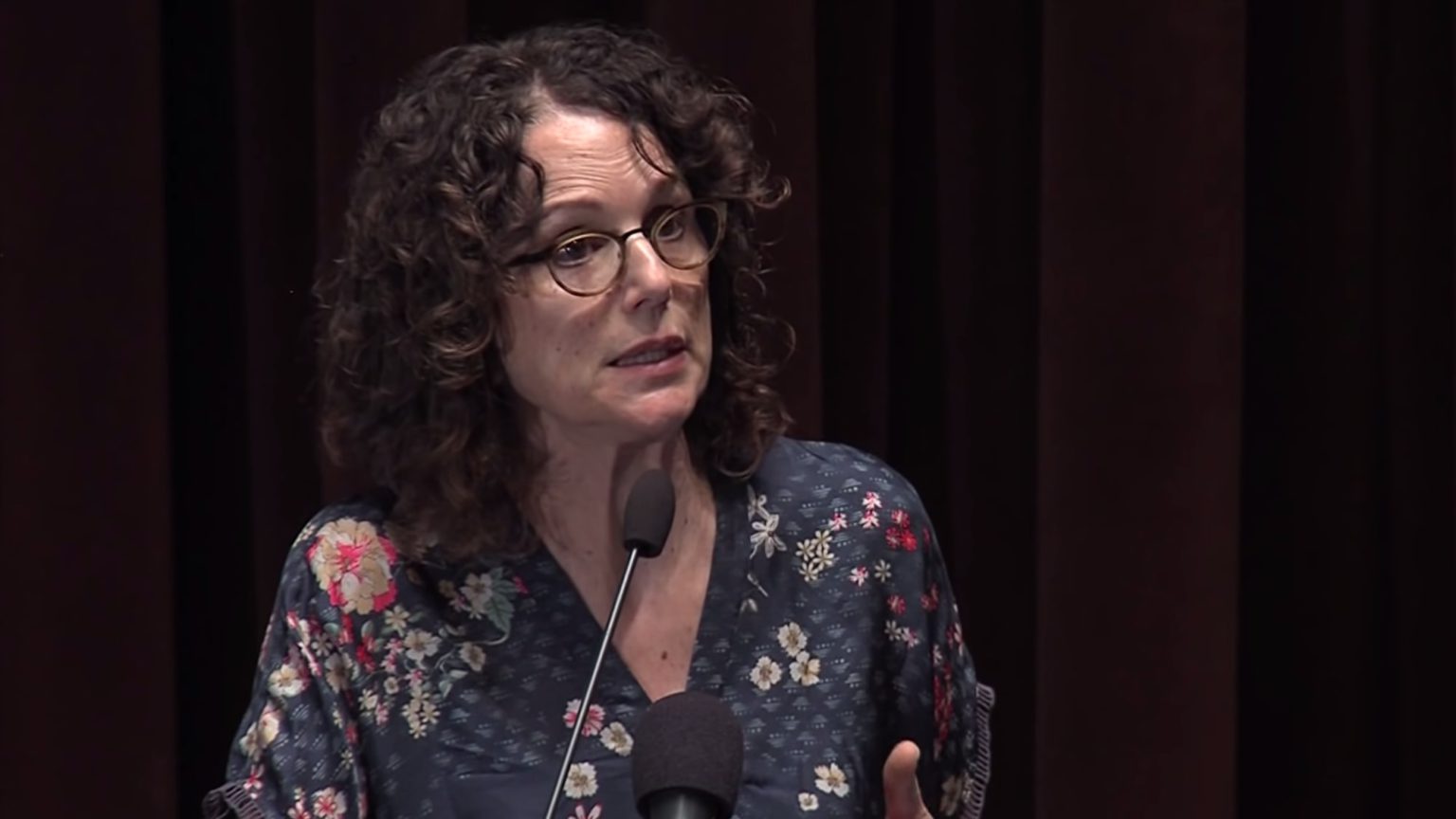 You could be forgiven for thinking Robin DiAngelo’s latest effort, Nice Racism, is a mea culpa. Especially given the subtitle: How progressive white people perpetuate racial harm.

This must be some kind of self-lacerating, super-self-reflective memoir, surely?

After all, DiAngelo certainly seems nice enough. As an education professor, diversity consultant and author of the best-selling White Fragility, she’s certainly an achingly progressive white person. And thanks to her obsession with race, which, as a writer and diversity trainer, she’s peddled in boardrooms and in the media, she’s probably done a fair bit to ‘perpetuate racial harm’.

Just think about her argument for a second. Race, for DiAngelo, determines every aspect of our conscious and unconscious lives. Not in the manner of old-fashioned biological racists, for whom racial inheritance flowed through our veins. But in the manner of the new racialists, who believe race is carried through the pathways of culture – the culture, that is, of our ‘white supremacist society’, permeating our minds from birth, and shaping and defining all our thoughts and actions.

So race, for DiAngelo, is just as all-determining as it was for say, Arthur de Gobineau, or some other 19th-century scientific racist. It’s just she says ‘systemic’ rather than ‘biological’, ‘structural’ rather than ‘ancestral’.

This really is how DiAngelo sees the world. Always and only through the lens of race. As she boasts in Nice Racism, her racialising worldview is ‘operating continuously, transforming who is in my life, who I connect with, what I see, what I care about, what I talk about, what I read about, what I buy, how I work, what I am willing to feel, what I can bear witness to, what discomfort I can withstand, and what risks I am willing to take’.

It’s difficult not to conclude that DiAngelo’s relentlessly racialising worldview, dividing the world up into white baddies and black victims may well ‘perpetuate racial harm’, and that Nice Racism is her attempt to atone for the damage done.

But no, this is no mea culpa – no attempt to atone for reducing the world to a racial hierarchy. It is the opposite. It is DiAngelo doubling down on the arguments of White Fragility. ‘Systemic racism and white supremacy exist’, she asserts. ‘All white people’, she continues, ‘receive, absorb and are influenced by the racist messages continuously circulating across the society we live in’. And the problem, as it was in White Fragility, is that white people apparently refuse to acknowledge and even deny the white supremacism from which they all benefit. Even the underpaid blue-collar pipe fitters we encounter in Nice Racism.

DiAngelo’s particular target is actually her target market – namely, progressive white people, who ‘might even call themselves “woke”’. Like a fire-and-brimstone preacher, she is berating the converted, those, that is, who buy her books, and no doubt pay for her training. Think of Nice Racism as drumming up trade.

The basic contention of Nice Racism is this: progressive white people are refusing to acknowledge that they’re still racist. They think racism is what other, less enlightened people do. They are ‘conversant with the terminology [of anti-racism]’, and will admit they have ‘white privilege’. But they’re stopping there. Much to the chagrin of DiAngelo, they think that is enough.

But it’s never enough, not for DiAngelo, who has books to market, and diversity-training courses to sell. ‘Never consider your learning finished’, she writes. ‘Continually participate in every racial-justice education forum you can (conferences, workshops, talks).’ Contact details below.

And that is what Nice Racism amounts to: an attempt to expose all the ways in which white people who think that they’re not racist are in fact racist. Because ‘systemic racism’. Because ‘white supremacist society’.

It makes for an eye-scratchingly repetitive read. There are endless anecdotes involving some workshop or other – facilitated, co-facilitated or perhaps just attended by the tireless DiAngelo – at which progressive white people show how unintentionally racist they are, usually at the very moment they’re trying not to be.

For example, there’s poor Bob and Sue, who say they see people as individuals rather than in terms of race. This, as DiAngelo explains, is their attempt to disavow the benefits conferred on them by being white in a white-supremacist society. And then there’s the whole group of progressive white people who remain silent rather than risk speaking over the ‘Black and Indigenous Person of Colour’ addressing them. This, as DiAngelo explains, is a classic case of white silence as violence.

On and on this goes. Progressive white people can’t do right for doing wrong. Even a BIPOC person lecturing a progressive white audience on racism becomes sinister for DiAngelo. ‘I saw a metaphor for colonialism’, she writes. ‘The group was in essence saying, “we’ll observe you and seek to understand you. In doing so, we’ll relax while you work. [And] you’ll provide us with the fruits of your labour”.’ This was a lecture, not indentured labour.

Such passages are at least entertaining in their wilful reduction of absolutely everything to racism. But there’s not enough of them to keep the eyes open. Too much of Nice Racism reads like academic jargon attached to an air compressor. At points you wonder whether DiAngelo wrote it at all, or had some sort of critical-race-theory AI do it for her:

‘Radical relationality is anathema to white supremacy and the patriarchy it issued from, and can ameliorate the effects of racial weathering while building the coalitions necessary for systemic change. Hence, radical relationships are central to abolitionist organising, among other forms of liberatory praxis.’

So many abstract nouns, so little sense.

Given the number of times DiAngelo boasts of how much ‘anti-racist work’ she does, one suspects, unfortunately, that such meaningless longeurs really are all her own doing. But then much of DiAngelo’s ‘anti-racist work’ doesn’t seem to amount to very much.

This is not just because, as studies have shown, diversity-training sessions offer ‘no significant long-term effects on people’s behaviour or attitudes’, and ‘in many cases even reduce diversity or exacerbate participants’ biases’. It’s also because ‘anti-racist work’, for DiAngelo, really boils down to little more than a form of racialised therapy for white people – a way to bring them to confront their sources of racial shame or guilt, much as psychoanalysts might once have encouraged their analysands to face up to some long-buried trauma. As she puts it, ‘personal transformation is an act of anti-racism’.

Except it’s not, is it. The perpetual therapy sessions of DiAngelo might eventually make DiAngelo and her client list feel better about themselves – it will certainly make them feel superior to the supposedly racist classes beneath them. But it will do nothing actually to address racism where it really exists. If anything, it will make it worse. Nice racism, indeed.