The G7 is not all it’s cracked up to be

It is a club for fading Western powers to pursue their interests. 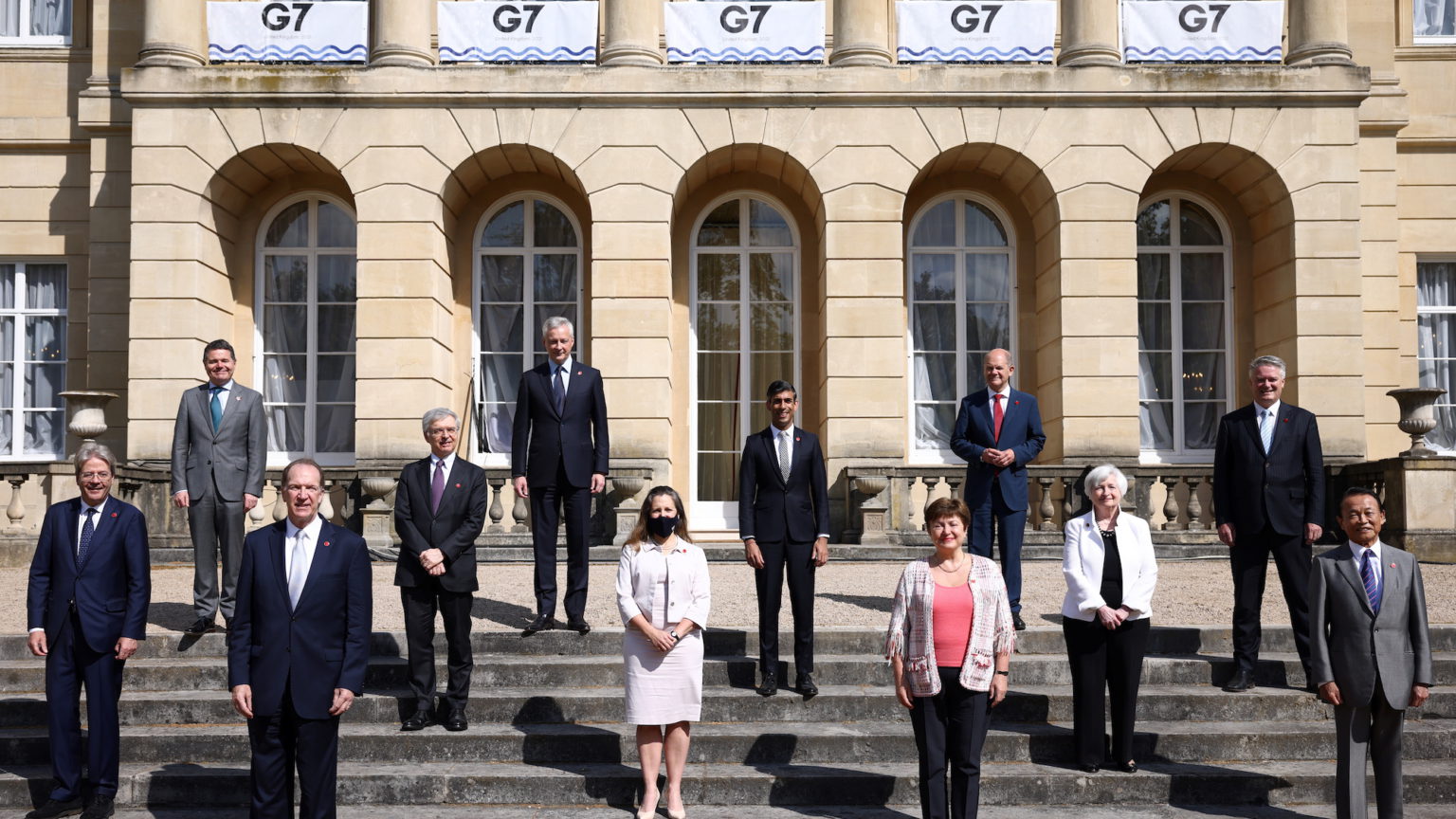 UK chancellor Rishi Sunak has hailed the Group of Seven (G7) finance ministers’ cross-border tax proposals as ‘truly historic’ and ‘seismic’. These proposals, which would establish a minimum global corporate tax, are to be targeted at multinationals and online technology companies.

You can understand why Sunak was making noise about this. For years the largest international corporations, including the iconic Big Tech firms, have been adept at minimising their global tax bills. Making them stump up more lucre allows the UK government to pose as a global leader, and to give substance to its ill-defined ‘Global Britain’ slogan. No doubt there will be more of this from Boris Johnson this weekend, given it is Britain’s turn to host the G7.

Leaving aside the hyperbole from British ministers, what might the G7 tax agreement tell us about the state of international relations? In particular, does it represent the historic revival of ‘multilateral co-operation’, as many commentators have claimed?

No, not really, is the short answer. Indeed, far from indicating the strength of global collaboration, this accord reveals the fragile nature of the geopolitical order, as well as the continued strains between even ‘friendly’ countries.

For a start, the G7 organisation is an increasingly anachronistic expression of global leadership. Comprising the US, Germany, Japan, Italy, Canada, France and Britain, it excludes many of the world’s most important and dynamic countries – even if, as a gesture to its ‘fellow democracies’, South Korea and India have been invited as guests this year, alongside South Africa and Australia.

The G6 (Canada joined in 1976 to make it a G7) was set up in 1975 as a response to the global economic crisis. Back then its members ranked as the largest advanced economies. They could justifiably claim to be the leaders of the capitalist world. Together they then accounted for almost two thirds of nominal GDP. Now their share has fallen to well below half – a level that has been steadily declining as China and the rest of Asia have expanded.

The G7 thus exemplifies how world power used to be in an earlier era. But it also reflects how its members would still like themselves to be seen. They are well aware that other countries, not least in the East, are now of much greater global significance. The postwar international order is unravelling, but the ‘likeminded’ G7 nations want to hang on to their old geopolitical status for as long as they can. That’s pretty much the main reason the G7 still exists. Hence the collective self-congratulation by the G7 finance ministers this week.

The details of the proposed tax arrangements are still to be determined, but that wasn’t much of a concern in Lancaster House, where the discussions took place. The attendees were more keen to show their countries’ global relevance than to get into the nitty gritty. Best to leave the difficult details to the wider Organisation for Economic Co-operation and Development (OECD) business-tax negotiations, which, after several years, are still continuing among over 135 countries.

The G7’s tax proposals reveal how large parts of the world are still expected to accept a subordinate status, and do as fading world powers bid. The waning rich nations, now steeped in debt and recurring crises, are effectively saying, ‘we still matter, we can still set the world’s rules’. But every attempt by the declining West to exercise leadership of the international order risks inflaming confrontation with the rising and often excluded countries, not least China.

Western spokesmen trumpet the tax proposals as a triumph of international cooperation. They are insofar as seven governments have taken a shared position. And no doubt the finance ministers got on well together – their friendly elbow bumps for the cameras were certainly meant to show as much. But the accord does not represent some post-Trumpian restoration of an altruistic globalist sensibility, as some commentators have claimed.

Remember, every Western finance ministry is grappling with how to pay for surging Covid spending, while also wanting to reduce their expanding debt burdens. Getting large corporations to pay more is therefore to each government’s direct pecuniary advantage. The G7 leaders’ impulse to collaborate today stems from an acute national focus on revenue raising, made urgent by exceptional Covid-era expenditures and pledges to continue to spend big to stimulate economic recovery.

The need to boost tax income is especially pressing in the US, where the Biden administration is seeking to push forward its multi-trillion-dollar fiscal plans. If Biden can finance at least part of the proposals courtesy of its tax-avoiding big businesses, and thereby limit the associated increase in the headline corporation-tax rate, his chances of Congressional support improve.

What’s more, many European countries, including G7 members Britain, France and Italy, have themselves already moved ahead with unilateral measures to tax digital companies, predominantly the big American tech firms – to which the US responded with retaliatory threats.

Meanwhile, Biden’s own minimum global-tax proposals, announced in April, unilaterally threatened other countries, as well as US multinationals. They did this by promising to charge American firms located in low-tax jurisdictions extra tax, so as to level up their tax rates. Such threats put pressure on low-tax-charging countries, such as Ireland, to raise their own tax rates to the US / G7 minimum. As US Treasury secretary Janet Yellen put it, the new US tax proposal ‘includes some powerful incentives for other nations to sign on’.

Chris Giles, the economics editor at the Financial Times, calls this ‘muscular unilateralism’. Giles anticipates that if this approach works for international taxation, we may see similar unilateral methods used to impose climate-change policies on other nations. Richer countries levying protectionist carbon border taxes, as already proposed by the European Commission, would put pressure on reluctant countries to comply with their proposals.

So much for the heralded restoration of benign multilateral cooperation. Unilateral tax measures and threats were the precursors for the G7 finance ministers’ tax accord. Whether the deal succeeds in raising extra funds for national exchequers or not, it is clear that liberal globalist rhetoric hides the reality of national self-interest.

Sovereign national autonomy is the way of the world. And so it should be. But we should be calling for a democratic internationalism among independent nations, not a Western-dominated order headed up by the G7.