Retailers have become an arm of the nanny state

Sainsbury’s is nudging its customers to become more ‘healthy’ and ‘sustainable’. 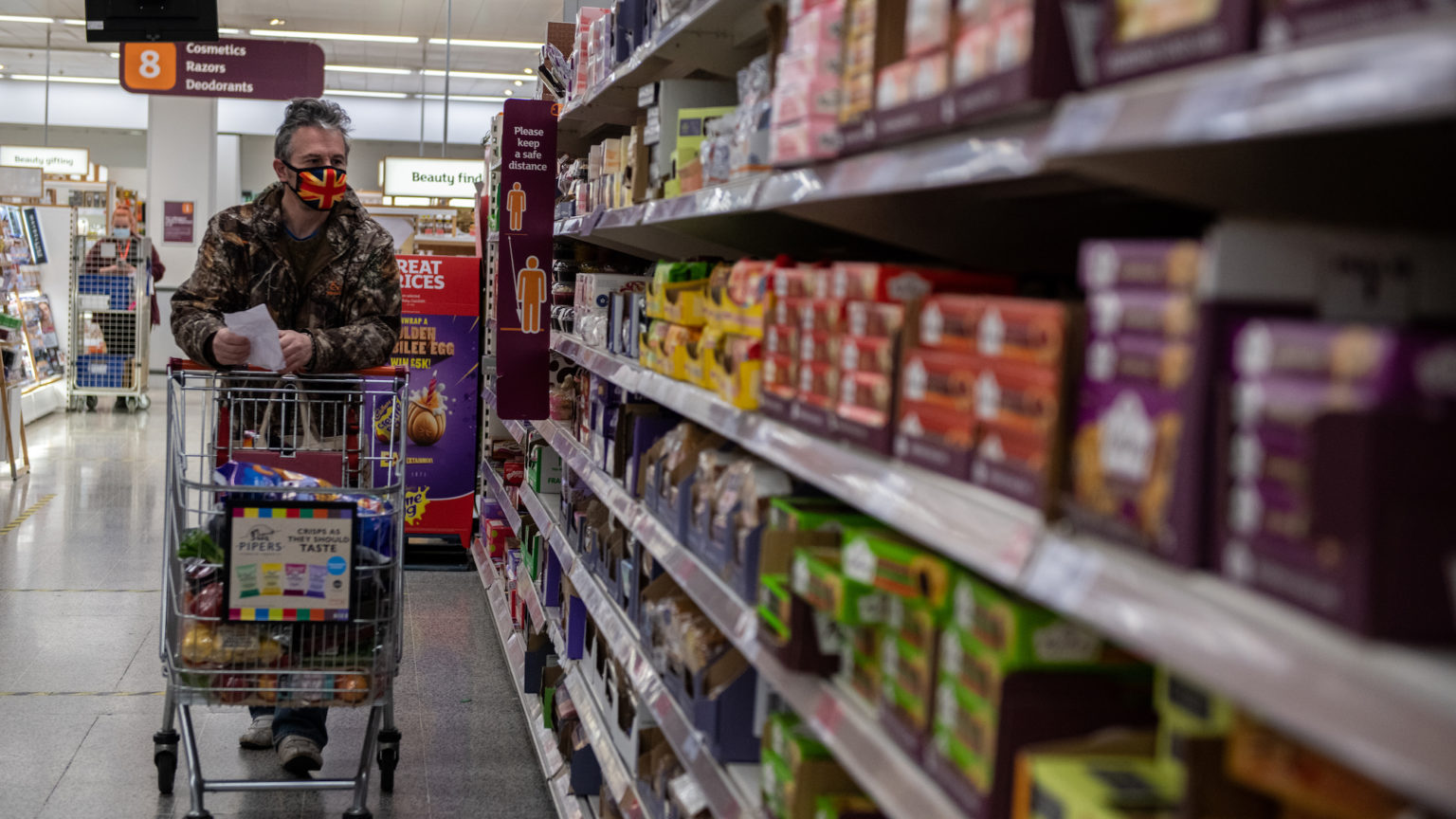 Sainsbury’s, one of the UK’s largest supermarket chains, has ditched its 10-year-old motto. With the help of ads featuring the voice of Stephen Fry, it has replaced the classic ‘Live Well for Less’ with the less-catchy ‘Helping Everyone Eat Better’.

Just as fears of inflation have returned to Britain, Sainsbury’s has jettisoned its stated commitment to low prices. Instead, in a striking change of priorities, it is now trying to lower customers’ carbon footprints and shrink their waistlines.

Sainsbury’s plans to reformulate many of its recipes to prioritise plant-based alternatives to meat and dairy. It wants to sell food that is healthier for everyone ‘and the planet too’, according to its chief marketing officer, Mark Given. ‘From providing recipe information [to] offering incentives for eating more fruit and veg, we have a lot in store and can’t wait to bring the nation on this journey with us’, Given said.

Supermarkets have long tried to present a right-on image. But what’s different here is that Sainsbury’s shift to healthy, green eating is based directly on government propaganda – specifically, Public Health England’s 2016 Eatwell Guide, which advised the public on how to eat healthily and sustainably.

When the PHE guide was released, it caused a lot of controversy. As leading obesity expert Zoe Harcombe pointed out at the time, it calculated recommended portion sizes by weight, not by calories – despite the fact that it is the content of meals, not their physical mass, that gives a more accurate picture of how healthy they are. Harcombe also highlighted that the low-fat, high-carb diet recommended by the guide wasn’t what most nutritionists would consider healthy. But Sainsbury’s is running with it anyway.

We know where the government stands on the environment, with its promises of Net Zero emissions. And we know, too, where it stands on the national diet. It is planning to restrict advertising featuring sugary, fatty and salty food and drink. From April 2022, there will be no more buy-one-get-one-free or three-for-two offers on products such as sweets, juices, cakes, biscuits, pizza and ready meals. There will also be no more naughty eats placed strategically at checkouts, store entrances or aisle ends – or their ‘online equivalents’. Yet supermarket chains don’t seem to be protesting too much about Boris’s health kick.

Sainsbury’s makeover is only the latest example of a major retailer enacting the government’s will. Since the beginning of the pandemic, businesses have fallen over themselves to follow the most authoritarian dictates of Boris Johnson’s government and its advisers on the SAGE committee. In the first lockdown, only Sports Direct and Waterstones grumbled about the state shutdown of ‘non-essential’ retail – a dubious concept at best. Among other inconsistencies, the closures conveniently tended to benefit big supermarkets and major online retailers at the expense of smaller high-street shops.

Over a decade ago, Andrew Simms from the right-on New Economics Foundation (NEF) cast chain stores as parasites, killing our communities. They act as if ‘they have the right to do what they want’, he complained. In a famous report, he and his colleagues accused retailers of promoting a ‘Clone Town Britain’ made up of samey high streets. They urged rearguard state action to build ‘retail diversity’.

The Covid crisis, however, shows where Simms has gone wrong. His hated supermarkets don’t need to be reined in by the state: they are its pliant servants. Of course, supermarkets do the community some good, providing people with food, a place to meet and, recently, a few vaccination points. But they also have a negative influence, trying to dictate what people eat and how they behave.

We are only at the start of this process. In years to come, more and more of Britain’s big retailers will gladly take up their place as part of the long arm of government. And that’s a problem for all of us.