Why are liberals sharing fake news about Priti Patel?

The Twitterati have denounced the home secretary over a misleadingly captioned photo. 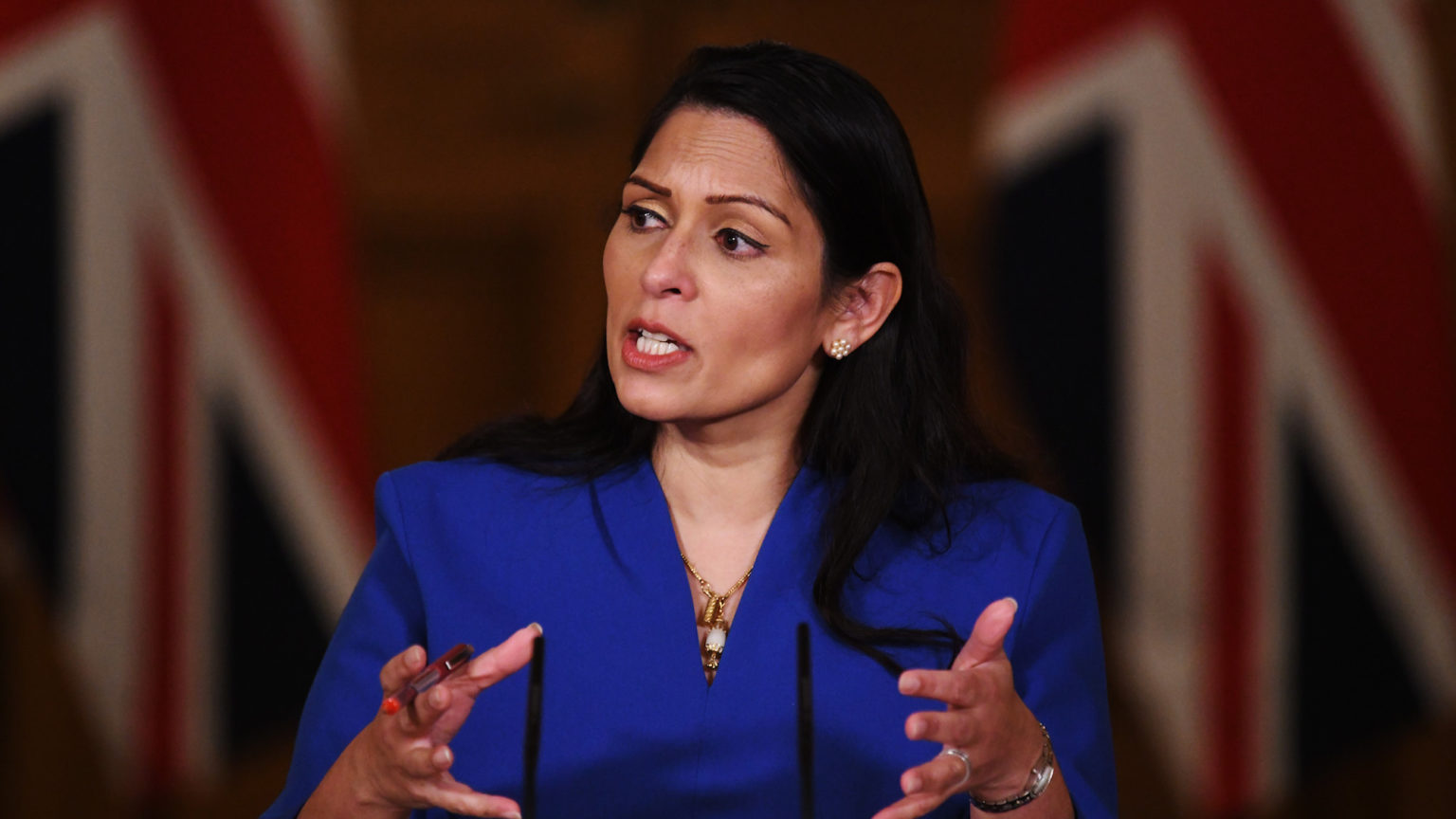 Not for the first time, prominent British liberals have fallen hook, line and sinker for some pretty obvious fake news.

In recent days, Tory home secretary Priti Patel was pictured with the National Crime Squad while they were making an arrest. It was the kind of photo-op politicians do every day.

For Good Morning Britain presenter Adil Ray, it was a monstrous sight. He was dismayed that Patel, a daughter of Ugandan Asian refugees, was ruthlessly turfing out an innocent migrant.

Priti Patel’s parents & mine were told to leave Uganda & Kenya, in some cases to save their lives. After much protest (at one point they wanted to dump them on the Falklands) UK let them in. To think years later a daughter of that generation would pose for a photo opp like this. pic.twitter.com/v3I9PpRQDx

‘Anti-racist’ activist Dr Shola went further, accusing Patel of being a ‘racial gatekeeper’ and ‘brown executioner’ for her hardline stance on immigration.

Wallahi idk a more hateful & spiteful person than Priti Patel. This woman is like the spawn of shaytan. https://t.co/D8syklpw6k

Remoaner lawyer Jessica Simor QC was incredulous. She ‘literally [couldn’t] believe it’. She had good reason to find it unbelievable, it turns out.

Is this real? I cannot actually believe it. I thought I had reached the limits of my incredulity. https://t.co/DDWnw7CJgO

You see, the caption told a completely fake story. Patel’s cruel act of inhumanity was to be present as a man was arrested for… human trafficking.

Maybe these liberals, luvvies and lawyers trafficking in fake news should learn to think before they tweet?