This was no mandate for IndyRef2 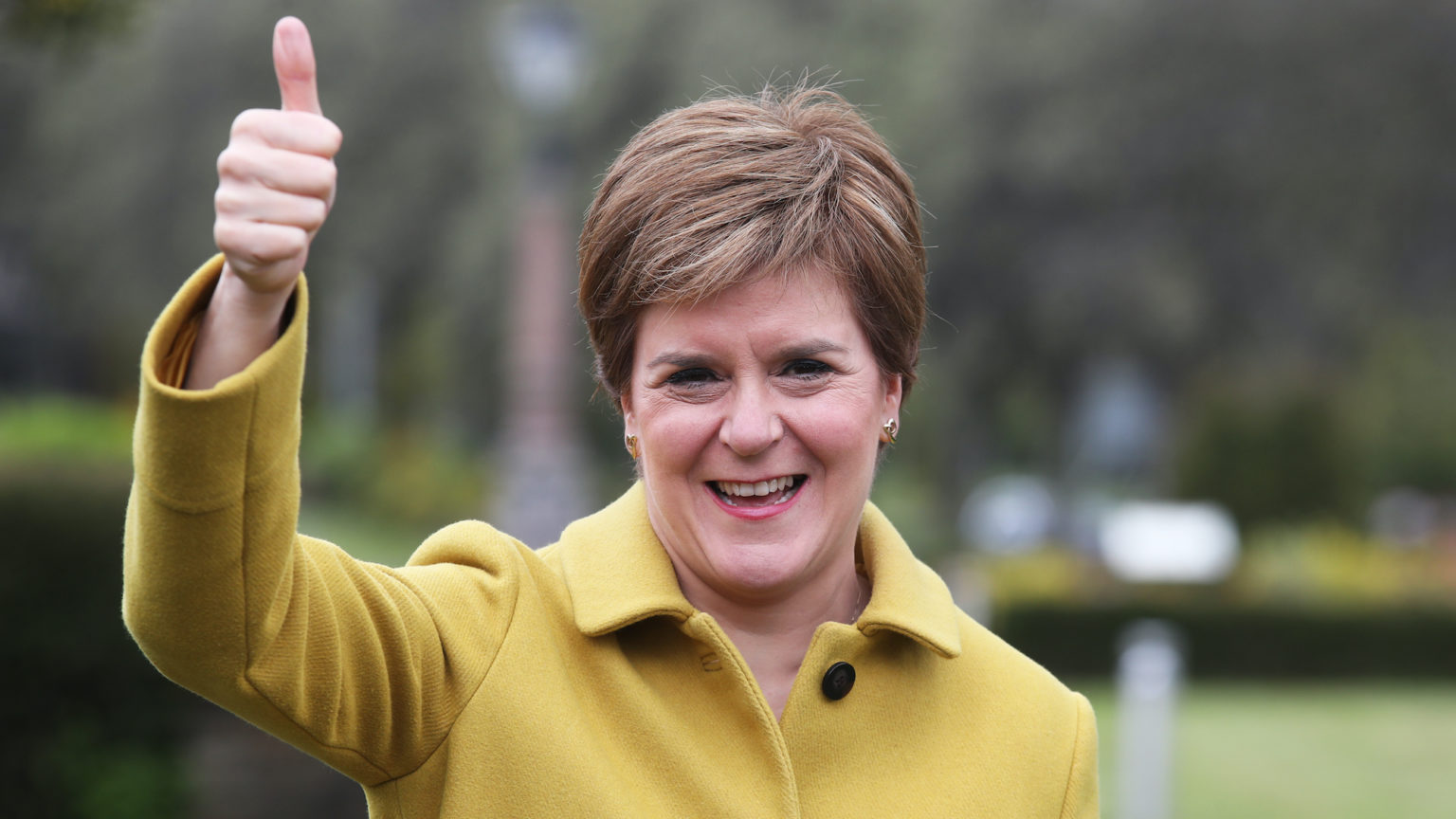 Pundits, commentators and politicians have been busy hyping up the Scottish parliament election as a triumph of ‘Scottish democracy’. Victorious SNP leader Nicola Sturgeon called it ‘historic and extraordinary’, and claimed it provided a mandate for another independence referendum. Others cited the high turnout figure of 63 per cent as proof of Scotland’s political vibrancy. But if you look past the hyperbole, a different picture emerges.

In terms of the parties’ respective share of seats and votes, the result was almost identical to that of the previous election in 2016. And no one proclaimed that result a victory for ‘Scottish democracy’.

Even the SNP’s claim that the vote last week represented a mandate for a second independence referendum does not really hold up. Yes, pro-independence parties (the SNP and the Green Party) hold the majority of seats in Holyrood. But in terms of actual constituency votes, a slight majority were cast in favour of pro-Union parties. Indeed, a more detailed look at the vote reveals a near 50-50 split between pro-Union and pro-independence parties. As pollster Sir John Curtice concluded, ‘Overall, the result revealed how evenly divided Scotland is politically’.

So ignore the pundits’ hype and the SNP’s excited rhetoric. The truth is that the election neither clarified nor resolved the central issues at stake in Scottish politics. And therein lies the untold story of this election. Despite a relatively high turnout, and a far wider pool of candidates and parties to choose from, it merely reproduced the results of the elections that preceded it. Such dysfunction is all too typical of Scotland’s political system today.

It was all meant to be so different. The establishment of the devolved assembly in 1999 was meant to bring the Scottish people closer to those who wield power over them. It was meant to usher in an era of inclusive, egalitarian and consensual politics – the direct opposite of the adversarial and aggressive one-upmanship of Westminster. By rejecting outright majoritarian democracy, Scotland’s new political institutions were supposed to foster a new sense of cooperation between public politicians and parliament. And the electoral system devised to elect Holyrood’s 129 MSPs was to be the crowning glory of Scotland’s new democratic ethos.

The reality has not lived up to the hype.

The electoral system involves two one-vote ballot papers. The first ballot is for the first-past-the-post constituency-based vote, which elects 73 constituency MSPs. And the second ballot is the ‘top-up’ regional vote (known as the ‘list’), which is used to calculate the remaining 56 seats on a proportional basis. The basic premise is that once the results of the constituency votes are counted, votes cast on the regional list are used to ‘top up’ those cast for parties or individuals whose share of the ‘list’ vote is higher than their share of constituency seats. The proportional element of the vote was meant to give smaller, less established parties a chance of winning seats, and make it harder for a single party to win a majority.

But that is not how the system has worked. Instead every mainstream party, especially the Greens and the SNP, effectively games the voting system in order to lock new parties out. They do this by packing the regional list with candidates already on the constituency ballot – for example, Nicola Sturgeon is on both her constituency and regional ballot papers. Such regional-list votes for the mainstream parties won’t be counted because these parties already dominate the constituency vote. But this also means that those votes for the mainstream parties’ candidates cannot be cast elsewhere. Hence the SNP secured a 40.3 per cent share of the regional vote, without winning any extra seats. This meant that far fewer regional-list votes were cast for the new parties, and not one won a single seat.

So, rather than combining the best elements of first-past-the-post and proportional representation, the Scottish system cancels out the democratic benefits of both. The result is a parliament that is neither proportional nor majoritarian in its make-up. This is no longer a fault or glitch in the system. It has been turned into a deliberate feature, designed to lock out potential challenges to Scotland’s political status quo.

Scottish devolution has turned the gap between ruler and ruled into a permanent feature of the political system. Voters have become little more than nodes of data, which, once rung through the electoral algorithm, crunch the same numbers and same result time after time. And so a vote cast in a Scottish election counts for naught and changes nothing.

To suggest that, because 63 per cent of the electorate voted, democracy in Scotland is alive and well seriously misses the point. The system is disenfranchising voters.

The centralisation of powers in Holyrood, at the expense of local government, is a case in point. As Willie Sullivan, senior director of the Electoral Reform Society Scotland, put it:

‘Scotland, for all the talk of devolving power and offering a different kind of politics to the rest of the UK, remains one of the most centralised countries in Europe. While the past two decades have seen powers transferred from Westminster to Holyrood, that’s where they have stayed. Far from the communities where they live.’

The 14 years of SNP rule have exacerbated rather than reversed this process. Scotland’s political institutions, nationally or locally, have never been more distant and estranged from ordinary citizens.

From whatever perspective one views the 2021 election result, there is one clear conclusion – the flawed nature of Scotland’s political institutions is a barrier to real political change.