No, a four-year-old girl is not ‘really’ a boy 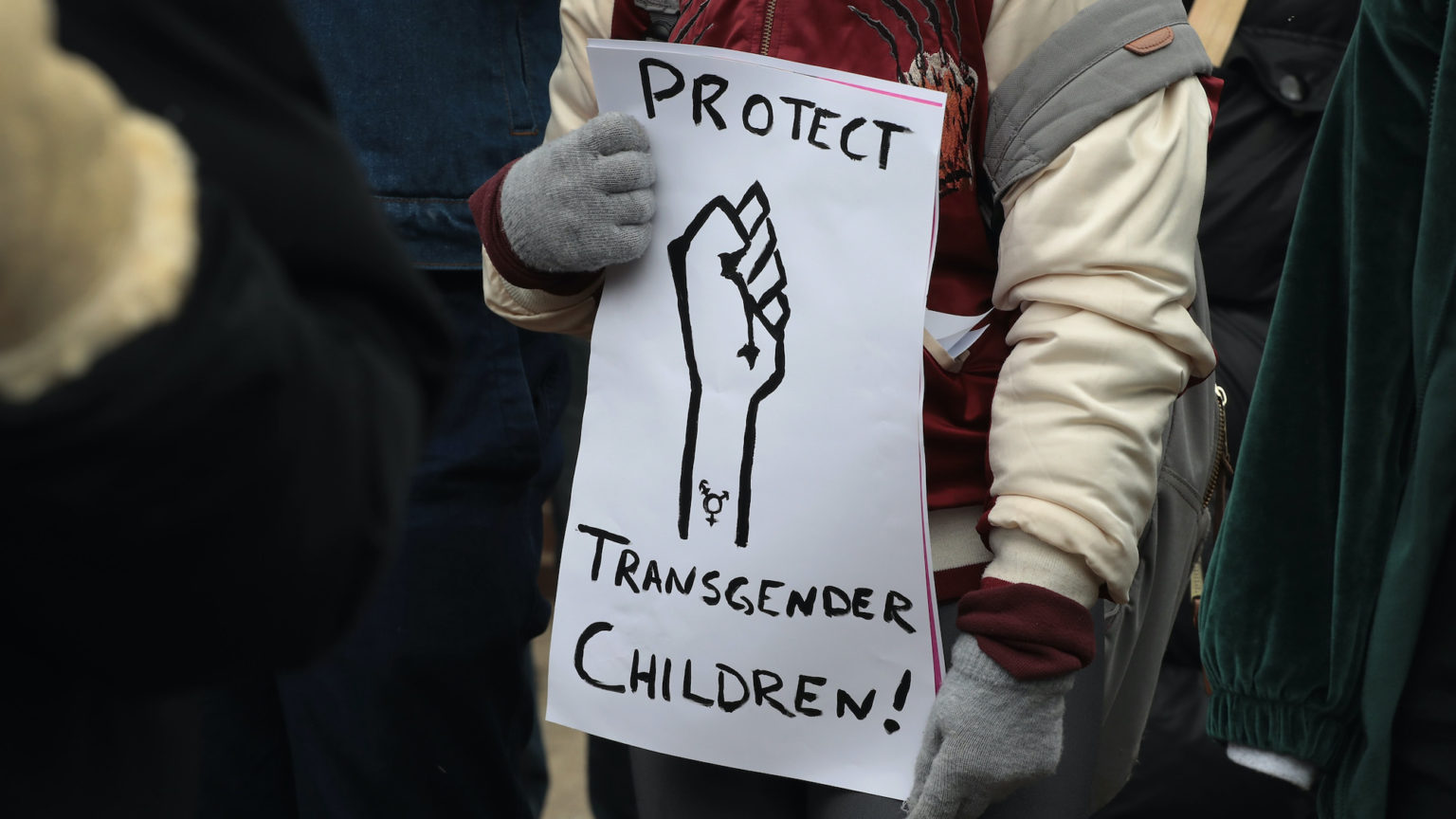 Stormy is a four-year-old female child whose parents believe she is a transgender boy. They believe this because Stormy has expressed the belief that she has a masculine gender identity. The media loves a sensational trans story (guilty), and, as the parents of what might be Britain’s youngest ‘trans’ tot, Stormy’s mum and dad duly received their 15 minutes on the sofa of This Morning this week.

Daytime television isn’t known for intellectual rigour, but it would have been fair to expect a little journalistic curiosity. Instead, head gently titled, Holly Willoughby oozed sympathy, stating with surprising confidence: ‘As a society we tend to want to put people into a girl or a boy box that just fits with what we know. It makes sense, it makes us feel comfortable, but that’s not reality.’

In saying this, not only did Willoughby demonstrate an alarming level of credulity — she also entirely missed the obvious point. Stormy could be a little girl living outside of the ‘girl’ box. She could have short hair, wear trousers and like firefighters, while still being female. Instead, Stormy’s parents have opted to put their female child in the box marked ‘boy’, because it seems it is still considered shameful to have a child who does not conform. There is nothing progressive about this. It is informed by what was once known as sexism.

The idea of trans children ought to make any right-thinking person wince. Only a decade ago, someone who sought to change his or her sex was referred to as a ‘transexual’, and someone who wore clothes associated with the opposite sex was referred to as a ‘transvestite’. Stripped of the sexual connotations, the words ‘trans’ and ‘transgender’ emerged. This happened at around the same time as the medical profession began treating children with gender dysphoria as if it were their bodies, not their minds, that needed fixing. The rebranding of what used to be regarded as an adult psycho-sexual disorder has created a new concept – the ‘transgender child’.

Between 2009 and 2019, there was a 1,460 per cent increase in referrals of boys, and a staggering 5,337 per cent increase in referrals of girls to gender-identity services in the UK. Research suggests that a disproportionate number of those who identify as trans as children would otherwise grow up to be same-sex attracted. A 2017 study of 4,500 children showed lesbians are 12 to 19 times more likely to be tomboyish as girls than their straight counterparts, whereas gay men are likely to be 20 to 26 times more likely to be effeminate as boys. In Iran, where homosexuality is illegal, transgender surgeries are performed on lesbians and gay men to make them appear as ‘straight’. In affirming the nonsensical notion that some children are ‘born in the wrong body’, we are at risk of doing the same in the UK, albeit with a woke rainbow gloss.

In a post on LinkedIn, which attracted hundreds of congratulatory comments, Stormy’s dad, Matthew Stubbings, stated: ‘I am so proud that he knows who he is and isn’t constrained by societal norms and prejudices. We can all learn something from this small boy and I learn every day.’

The irony is that Stormy is constrained by societal norms. According to her dad, Stormy first started showing signs of gender dysphoria before she could even speak and was eager to wear boys clothing like her twin brother, Arlo. Further evidence that Stormy is in some metaphysical way ‘male’ is offered in the form of her interest in firefighters and police officers, and her dislike of ‘pretty’ shoes and pigtails. Stormy is constrained by a world that still tells her that girls should be decorative and passive.

In an interview for the Daily Mail, Stubbings complained: ‘We went to the GP to explain what the situation was and got a referral. We got a reply from Tavistock in Leeds to say he’s registered with them, but they don’t seem to do anything until they’re 10, or they start puberty. Whichever comes first.’

By ‘anything’, Stubbings may mean puberty blockers. Puberty blockers have recently been described as ‘experimental’ in a High Court ruling, which effectively banned their use for under-16s. The same ruling noted that the blocking of puberty almost invariably leads to the administration of cross-sex hormones. These have serious and long-term health consequences, including sterility. And yet, if not affirmed in their identities, most children desist from believing themselves to be the opposite sex.

Transgender Trend is an organisation of parents, professionals and academics based in the UK concerned about the diagnosis of children as transgender. The group’s founder, Stephanie Davies-Arai, tells me:

‘There are many reasons why such a young child may insist they are the opposite sex. Under the age of around seven a child believes that putting a dress on a boy doll changes the doll into a girl. In this case another factor is the perfectly normal desire to “become” the cool twin brother, especially if jealousy is at play. The parents have instead chosen to “believe” a four-year-old that they are literally the opposite sex.’

Many people are not comfortable with ‘gender boxes’ – that is, the sexist social expectations we put on women and men by dint of their respective biology. But, as thinking adults, the solution is not to change people’s bodies so that they can fit more comfortably into the opposite box. It is to question why we are confining human beings to boxes.

Tales of trans kids, replete with smiling family photos, make great copy. But journalists and presenters owe it to their audiences to do better. Irresponsible coverage and promotion of pseudo-science risks convincing vulnerable kids, and their gullible parents, that they are transgender. When Netflix aired The Queen’s Gambit, a series about a professional chess player, toy retailer Goliath Games reported an increase in sales of chess boards of 1,100 per cent compared to the previous year. Given this, one can only imagine the impact of endless positive programming and news stories about so-called trans children.

Part of being a child is not knowing where the boundary lies between fantasy and fiction. I remember vividly believing I was the queen and that I could fly. My teachers were not expected to call me Her Majesty, nor to congratulate my imaginary aerobatic skills.

It is cruel and unnecessary to give kids a clout for expressing themselves. But much more cruel is for parents to abdicate responsibility and allow themselves to be led by infantile fantasies. Stormy, and children like her, are victims of a regressive cult that has caused parents, journalists and politicians to suspend their critical faculties.