No, Boris is not waging an ‘assault on truth’

Peter Oborne has a nasty case of Boris Derangement Syndrome. 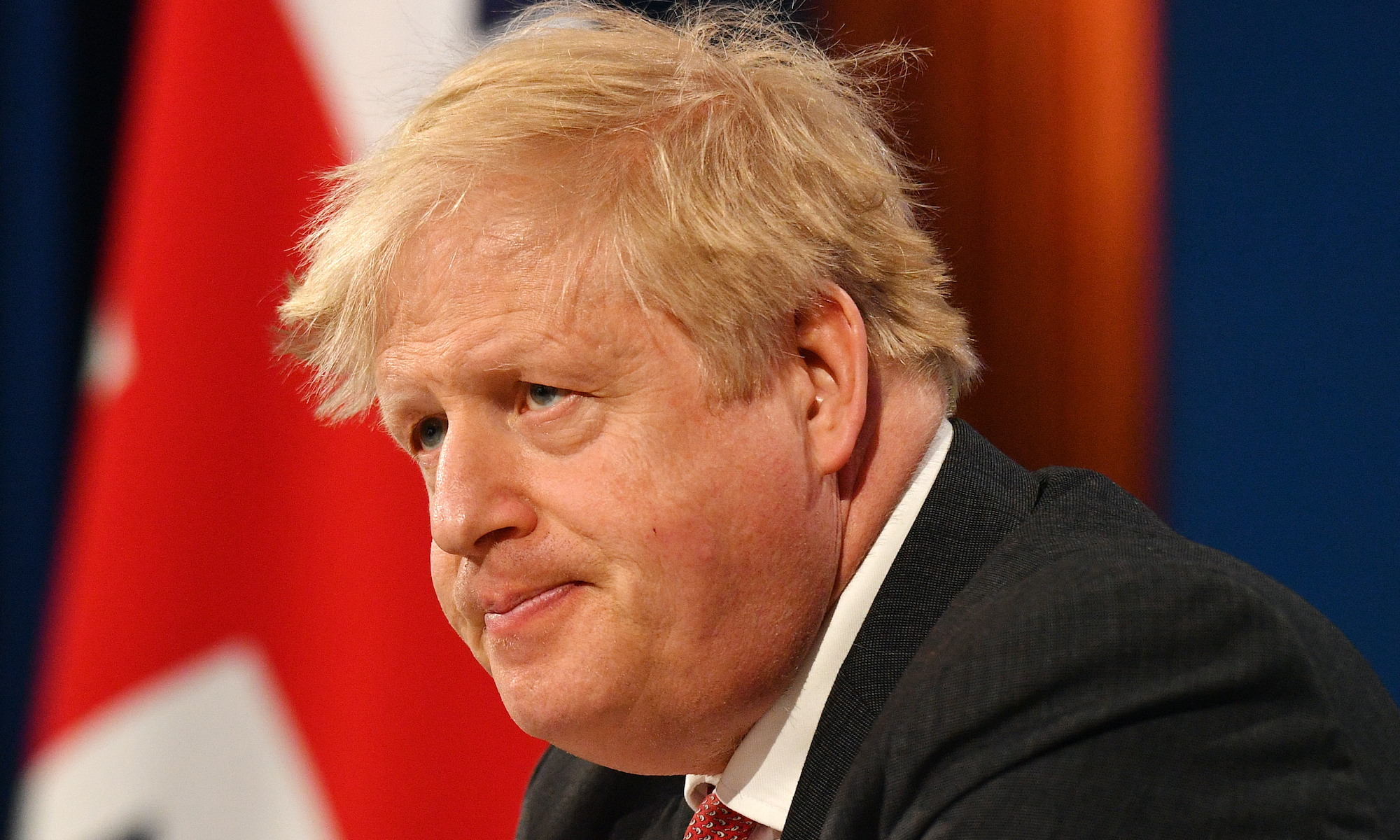 Writer and journalist Peter Oborne must be feeling pretty smug right now. The central claim of his new book, The Assault on Truth – namely, that Boris Johnson is a big, fat liar and, as per the cover illustration, his pants are on fire – is seemingly being borne out by a news cycle dominated by tales of the PM’s porkies.

Yet, in some ways, Oborne is an unlikely bearer of such claims. Or he would have been a few years ago.

He was once very much a creature of the British establishment, having effortlessly journeyed through its staging posts, from ancient boarding school to Cambridge and, after a sojourn in the City, onwards and upwards into plum positions in the Tory-leaning press. There were stints at the Telegraph and Evening Standard, a contributing editorship at the Spectator, and columns in the Daily Mail and the Telegraph.

He always tended towards moralism and declinism, denouncing the behaviour of today’s public-office holders for falling below the standards of their Victorian forebears. But that seemed to help him. His political commentary was often sharp and insightful, especially during the New Labour years, when he was well attuned to the systematic deceptions of Tony Blair’s PR- and spin-obsessed administration. Indeed, The Triumph of the Political Class – his 2007 analysis of a deracinated party-political system in which self-advancement trumps public duty – remains a fine work.

Little seemingly changed during much of the 2010s, aside from a very public departure from the Telegraph in 2015. Oborne was perhaps a less cutting commentator. But then again, he was less at odds with the Tory governments of the time than he was with the preceding Labour ones. He may have supported Brexit, but he also admired the Brexit-fudging Theresa May. And, in 2018, he was still praising ‘principled’ Boris Johnson for resigning from the cabinet in protest at May’s Brexit deal. Oborne wrote that Johnson had ‘an acute political mind matched by remarkable eloquence as a speaker and writer’. He ‘could have gone on to become one of Britain’s most respected foreign secretaries’.

But then, in 2019, everything changed. Oborne saw the light. Or at least started reading the Guardian. Suddenly, he was an implacable opponent of Brexit, from which only economic devastation could follow. He now loathed Boris Johnson, ‘a man without values’, who had suddenly morphed into Britain’s ‘worst ever foreign secretary’. And he was now disappointed in those who voted for Johnson, many of whom were simply ‘bigots’. This long-time Tory had seemingly turned coat.

The Assault on Truth is a product of this apparent volte-face. Despite mentioning The Donald in its shrill subtitle, Boris Johnson, Donald Trump and the Emergence of a New Moral Barbarism, this is intended above all as an excoriation of Johnson’s Brexit-powered government and its gang of Vote Leave destroyers. It is an attempt to take it down, to lay bare the extent of its mendacity and the complicity of the media in allowing Team Johnson to get away with it.

Oborne’s moralism and declinism persist in his new incarnation, but in hyperbolic form. The moralism is now shrieking condemnation. And the declinism has morphed into apocalypticism. Oborne, like far too many others, is convinced he is living in the political End Times. Johnson and the Vote Leave cabal that, cuckoo-like, started nesting in the Tory Party, ‘habitually lie, fabricate and misrepresent the facts’, Oborne writes. They are carrying out ‘a fundamental assault on the values and institutions that [have] governed Britain for centuries’. No, they really are, he insists, furiously waving his Repent Now! placard. ‘Standards of truth-telling, I will prove, collapsed at the precise moment Boris Johnson and his associates entered 10 Downing Street in the early afternoon of 24 July 2019.’

And does he prove it? Hardly.

Yes, Johnson and Co have misled, exaggerated and said things which aren’t true. You’d be hard pressed to find a British government that hasn’t. Still, Oborne goes right ahead and provides a litany of examples. There was the time Johnson said Labour leader Jeremy Corbyn wanted to abolish the armed forces, when poor Corbyn said no such thing. And the time he likened Corbyn’s pledge to increase the higher rate of income tax to Stalin’s lethal persecution of the Kulaks, which was ‘to trash history and language, and insult all of Stalin’s victims’.

But does this really mark such a huge departure from ‘standards of truth-telling’? Is Johnson likening Corbyn’s tax-the-rich shtick to Stalin’s murderous persecution of wealthy peasants any worse than the constant likening of Brexit and Johnson’s election victories to the rise of the Nazis? Were Johnson’s electioneering untruths any worse than Labour’s, including the outlandish claim that the Tories were plotting to sell off the NHS in US trade talks?

Somewhere deep down, Oborne must know that this determination to paint the Johnson government as borderline Satanic is all a bit bonkers. He surely realises that Team Johnson has not really gone Full Nietzsche and ushered in a new ‘epistemological universe’ in which truth is a mere effect of power. After all, 15 years ago, the very same Peter Oborne wrote The Rise of Political Lying, in which he took New Labour and Blair to task for… habitually lying, fabricating and misrepresenting the facts. How does that tally with his current claim that standards of truth-telling collapsed ‘at the precise moment Boris Johnson and his associates entered 10 Downing Street’?

He finds a dubious way out of his hole, arguing that while Blair’s lying did pave the way for Johnson’s lying, Blair was a better class of liar. ‘As a liar [Johnson] cannot be compared to Tony Blair. [Johnson] has never needed a noble justification for lying. He lies habitually, with impunity, and without conscience.’ Implying that Blair, dodgy dossier in hand, lied in good conscience will be cold comfort to those whose lives his warmongering destroyed.

Oborne’s view of Johnson’s supposed enablers in the media is equally myopic. ‘A great deal of political journalism’, he writes, ‘has become the putrid public face of a corrupt government’. ‘In return for access and information (much of it false)’, he continues, ‘the political media [are] reporting a pro-government narrative’. He even adds in a dash of standard left-ish conspiracism. ‘The truth was that press barons were determined to install the troika of Johnson, Gove and Cummings in Downing Street.’

It is certainly true that particular newspapers (the Daily Mail, the Sun, the Telegraph and, to a lesser extent, The Times) have tended to toe a broadly pro-Tory, pro-Brexit line. But to suggest that Johnson, let alone Brexit, has been given an easy ride by a too-friendly media demands a huge pair of blinkers. If Oborne took his off, and looked beyond a few newspaper titles with falling circulations, he would see that anti-Johnson, anti-Brexit sentiment was – and still is – dominant among our media and cultural elites.

Think of the anti-Boris, Brexit-bashing, Covid-blaming spleen vented daily in the Guardian or the Financial Times. Think of the vast array of often Brexit- and Boris-bashing broadcast media, from parts of the BBC, to Channel 4 and LBC. Think of the ‘Tory scum’ echo chamber of social media, especially Twitter. And think, too, of the broader anti-Tory, anti-Brexit cultural sensibility of film, TV, the arts, publishing and academia. Johnson may have won political power on the back of Brexit. But he didn’t win cultural power. That still rests firmly with those who experienced Brexit and then Johnson’s election victory as a challenge to their hegemony.

This is what The Assault on Truth gets so badly wrong. Johnson and the Brexit vote which he rode to power have not escaped criticism. They have been subject to its most vitriolic form non-stop, as we are seeing at the moment. Johnson is routinely called a liar. Brexit Britain is constantly being cast as a racist, xenophobic shithole. Even the pandemic death toll is laid at Johnson’s door. Versions of these messages are shouted at us from social-media platforms. They inform TV drama. And they win literary prizes. That’s why Oborne’s claim that Johnson is leading an assault on the truth is not an insight. It is a massive cliché, repeated ad nauseum by every bien pensant looking for applause, retweets or indeed a book contract.

From his current perch at the Byline Times, Oborne wonders, rhetorically, why The Assault on the Truth has garnered few reviews from the Tory-leaning, Brexit-supporting press. Yes, it could be a conspiracy to hide Johnson’s wrongdoing from the plebs. But more likely it is because Oborne’s voice is no longer interesting. It is now an unremarkable part of an elite chorus, determined to denigrate every aspect of contemporary post-Brexit Britain.

In some ways, then, Oborne didn’t abandon the establishment in 2019. He merely recognised the need to make himself at home in its newer post-Brexit version, which is now encircling Johnson’s dwindling band of Brexit interlopers. Perhaps Oborne doesn’t realise it yet, but far from speaking truth to power in 2019, he began colluding with it.

The Assault on Truth: Boris Johnson, Donald Trump and the Emergence of a New Moral Barbarism, by Peter Oborne, is published by Simon & Schuster. (Buy this book from Amazon(UK))