How the Founding Fathers tackled the plague

We can learn much from the response to the yellow fever epidemic of 1793. 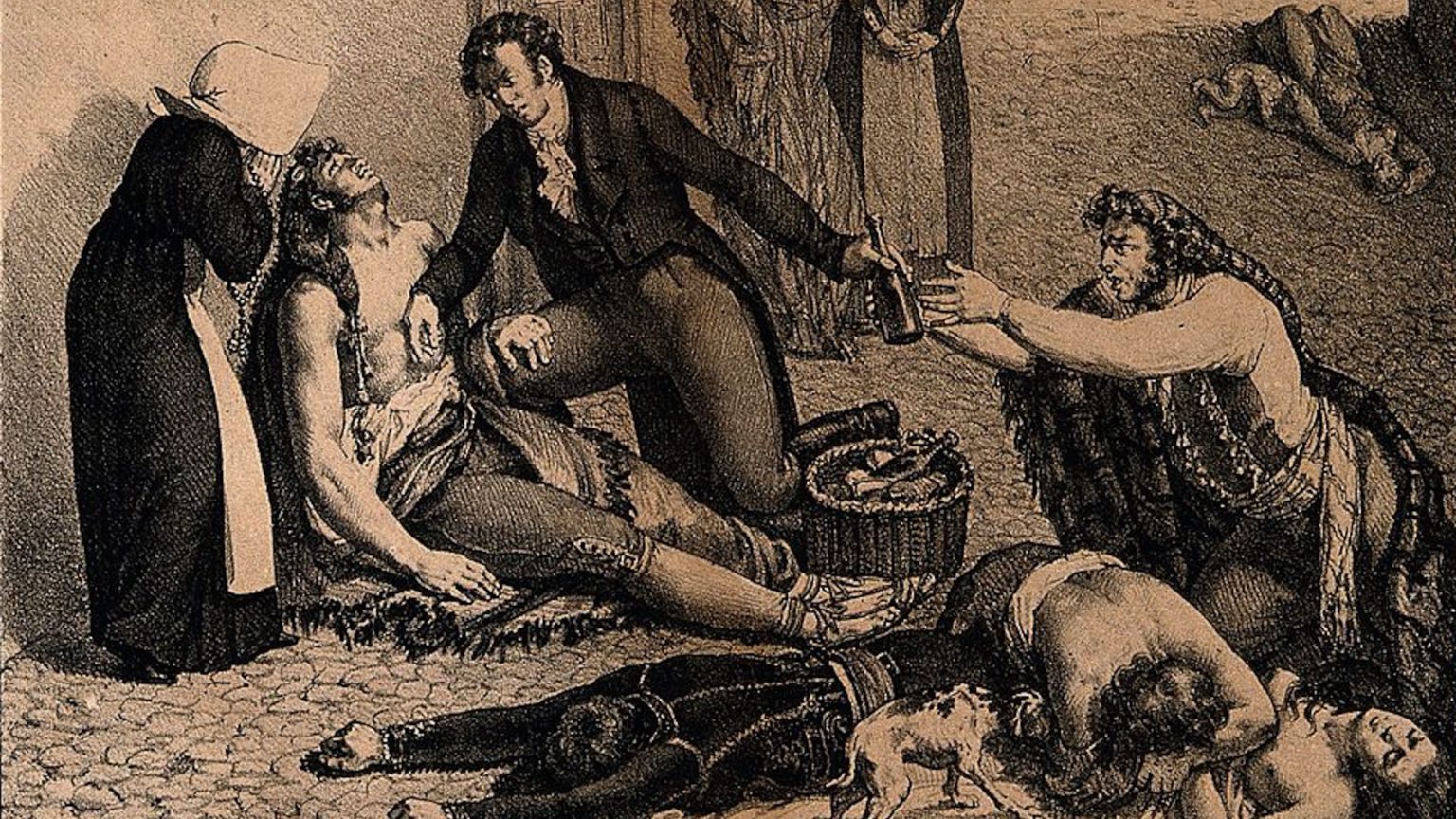 When a plague hit Philadelphia in 1793, it was the temporary capital of the fledgeling United States of America.

The leaders of the revolution were there. George Washington, the first president; Thomas Jefferson, secretary of state; Alexander Hamilton, secretary of the treasury; and, of course, Dr Benjamin Rush, signer of the Declaration of Independence, and the man who broke the news that a yellow fever, brought over by refugees and immigrants from the West Indies. The fever struck with a severity previously unknown in the history of America.

The symptoms were terrifying. The infected vomited black fluid and blood, went mad, or died yellow-skinned. People kept their distance from one other, afraid of contagion. If people did speak to each other, they did so with camphor- or vinegar-soaked handkerchiefs in front of their mouths and noses.

Businesses went bust. And the government, with Congress decimated by absences, collapsed. Philadelphia’s governor, Thomas Mifflin, was given special powers, but he fled the city. Mayor Michael Clarkson, who remained, was one of the last senior officials in contaminated Philadelphia. Many of his staff had left Philadelphia, or were sick or dead.

The scale of the epidemic was frightening. For over a fortnight, daily death tolls were topping 100. Cannons and shotguns were intermittently fired, with the aim of purifying the supposedly polluted air. But to no avail. Corpses, many already decomposing, flooded the cemeteries, and a big old house was desperately converted into a makeshift hospital.

But America’s leaders remained in the midst of the pestilence, at least initially. Founding Father Thomas Jefferson continued to travel daily from the outskirts, where he lived, into the heart of the city. His reasoning? ‘I think there is rational danger, but that I had before announced that I should not go till the beginning of October, and I do not like to exhibit the appearance of panic.’

Jefferson would not easily abandon his people. He even dined often with Dr James Hutchinson, despite Hutchinson spending his days treating fever patients in town. That was until Hutchinson fell ill on 6 September. Jefferson also kept records on the mortality rate, calculated the infection-fatality rate based on known daily cases, and studied the nature of the disease and speculated as to its origin. Much of this he communicated in letters to illustrious figures such as James Madison, another Founding Father.

Jefferson was not alone among the great statesmen of his time to stand tall. President Washington, who resided on Philadelphia’s plague-ridden High Market Street, did not quit the city until 10 September, as was his custom at that time of year. Hamilton fell ill and recovered, writing critically of ‘that undue panic which is fast depopulating the city, and suspending business both public and private’. The city’s commercial life should recommence, Hamilton urged, even while the plague raged.

Their boldness and refusal to give in to panic and fear should not surprise us. Jefferson, Washington and Hamilton were infused with the spirit of the Enlightenment, and had been forged in the crucible of the American Revolution. They were never going to allow an outbreak of disease to dominate and dictate to them.

It certainly would have been easy to declare martial law and seal Philadelphia off from without and within. The rational street plan of the city, patterned like a chessboard, made its regulation even simpler. But a city-wide quarantine, or lockdown, as we would now call it, was not even considered.

Social solidarity among Philadelphia’s 2,000-strong black population was far stronger than it was among the white majority. Absalom Jones and Richard Allen, two former slaves and the leaders of the African Society, were among the first volunteers to help the mayor. They carried the dead to the graves, the sick to the improvised hospital, and were prepared to touch the deceased while most whites shrunk away in fear. Although some whites did overcome their fear of diseased bodies to steal from the dead. As Jones and Allen wrote in their 1794 book, A Narrative of the Proceedings of the Black People, During the Late Awful Calamity in Philadelphia, in the Year 1793, ‘we can assure the public, there were as many white as black people, detected in pilfering’.

There was a great deal of racism directed towards the city’s blacks. But that was overshadowed by the many white people who were sick and grateful for black people’s aid, comfort and medical assistance. True, blacks were thought to be less susceptible to the fever, and so less dangerous than whites. But this myth quickly disappeared once it was clear that people of colour were just as vulnerable to the disease.

Jones and Allen did not see themselves as victims. Instead, they countered their racist enemies rationally and humanistically. ‘We have suffered equally with the whites’, they wrote, adding critically that ‘many of the white people, that ought to be patterns for us to follow after, have acted in a manner that would make humanity shudder’. Their critique of racism and slavery is crushing:

‘Will you, because you have reduced us to the unhappy condition our colour is in, plead our incapacity for freedom, and our contented condition under oppression, as a sufficient cause for keeping us under the grievous yoke?… The judicious part of mankind will think it unreasonable that a superior good conduct is looked for from our race, by those who stigmatise us as men, whose baseness is incurable.’

It must not be forgotten that many whites, from doctors to volunteers of every rank, worked alongside blacks to care for the sick, and alleviate the suffering. Jones and Allen refer to Dr Rush as ‘that good man’. And it was Rush who tended to the stricken, from beginning to end, despite falling ill, collapsing and becoming delirious himself. He even kept his house open at all times for those seeking aid.

The press was full of uncensored debate on the origins of the disease, and the medical disputes over how to treat it – some doctors even publicly accused others of murdering patients through their ineffective remedies. The only problem was that the press was running out of living or available journalists nearly as fast as it was supplies of paper. When the plague was at its height, the Federal Gazette, which was then the sole remaining paper, was published on half-sheets and frequently reused old stories.

In the first weeks of November, life started to return to normal. Washington and Jefferson came back, Congress reconvened, and businesses and schools reopened. There was no ‘New Normal’. Philadelphians were not ready to change their way of life because of a disease, over which they had little control anyway. They understood that the plague was a temporary check on their activities. Once the check was removed, their activities could recommence. And that is what happened, despite the occasional return of yellow fever in subsequent years.

Perhaps we could learn a thing or two from these revolutionary souls.

Picture by: Wellcome, published under a creative-commons licence.