The left’s demonisation of the working class 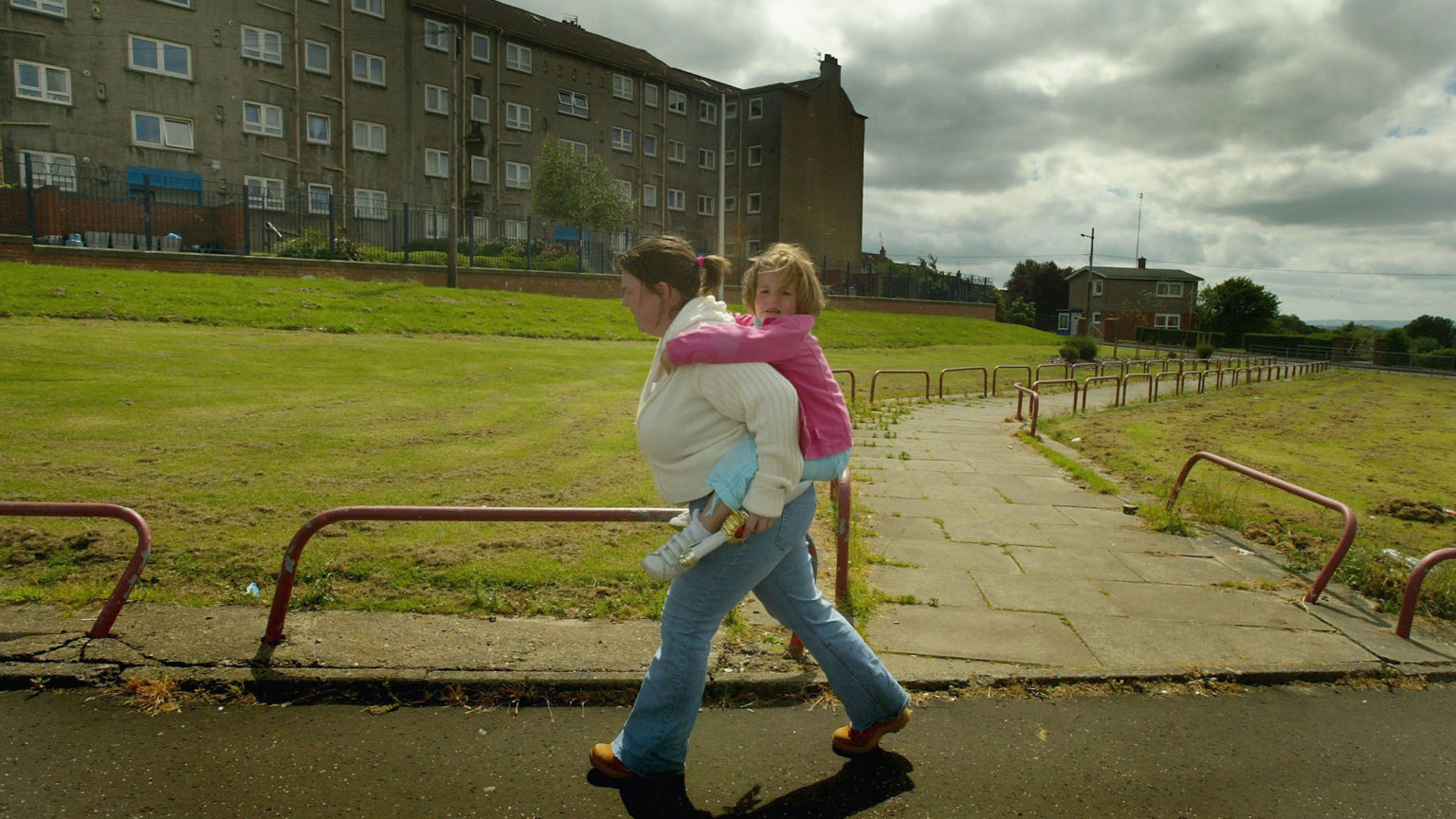 Back in the 2000s, liberals’ and self-styled lefties’ loathing for the masses was in the ascendancy. Liberal broadsheets felt able to refer to ‘ugly, thick white Britain’, while the then New Labour government spent its time criticising and attempting to correct people’s behaviour and lifestyles, from their diets to their language.

Labour-supporting journalist Owen Jones tried to argue in Chavs (2011) that this – the demonisation of the working class – was all the Tories’ fault. But working-class voters knew better. They heard Labour Party leader Gordon Brown call a life-long Labour voter ‘bigoted’ during the 2010 General Election campaign. And they saw Labour MP Emily Thornberry tweet mocking photos of a house and white van adorned with St George’s flags in 2014.

That Labour figures held such prejudices was hardly a surprise. They merely echoed the self-regard and prejudices held by middle-class lefties and liberals throughout the Nineties and Noughties.

Such prejudices have intensified since Brexit, which was supported by a majority of working-class voters. As middle-class progressives see it, the masses are just not ‘progressive’ enough. They are, at best, socially conservative and, at worst, racist and xenophobic. They let the side down time and again.

But this progressive view of the backward masses gets the relationship the wrong way round. It is Labour and its supporters who let working-class people down when they are seeking progress, as was the case with Brexit. And it is liberals and lefties who now seek to rein in people’s aspirations for greater freedom and democracy.

The left doesn’t see it that way, of course. It blames the media, and especially tabloid newspapers, for having a malign influence on British society. They are the reason why the masses don’t vote the way liberal journalists and Labour supporters want them to. ‘The role of the anti-European press in making [Brexit] happen was decisive’, moaned the Guardian at the end of last year. As they see it, no amount of People’s Vote campaigns, Remainiac podcasts or public appearances from Eddie Izzard can compete against the Daily Express and the Sun. At no point do Europhiles reflect that maybe their arguments were not convincing enough.

But then, progressives have been blaming the tabloids for electoral defeats for over 30 years. In 1987, after Labour lost the General Election, left-wing activists produced stickers stating: ‘If you read the Sun, you are of a LOWER intelligence’ – a sign that working-class voters, rather than the Tories, were now in the cross-hairs of progressives. This intensified when Labour lost the next General Election in 1992. ‘The readers of those [Tory tabloid] newspapers are not particularly interested in politics, yet a part of them believes what they read’, wrote one Guardian letter writer. Another spoke of the ‘unpalatable truth’: Sun-reading Basildon electors are ‘unfit holders of the franchise’.

The truth is, however, that the tabloids did far less to turn working-class voters away from Labour than Labour itself did. It effectively failed its supposed core voters. Indeed, many of the industrial disputes of the time, such as the postal workers’ dispute in 1988, were fought without Labour’s support.

The persistence of class grievances was one of the main reasons why working-class tabloid readers were not influenced by the Sun’s pro-Tory message in 1992. As electoral researchers have since shown, backing for the Tories actually fell among readers of pro-Tory newspapers and rose slightly among readers of the Labour-supporting Daily Mirror. Moreover, a significant number of Sun readers didn’t vote at all, which reflected an accurate sense that no political party represented their interests.

The Seventies and Eighties were notable for an upsurge in class-based grievances across British society. Much of the Conservative Party’s electoral success during this period rested on its ability to appeal to those most fearful of working-class militancy, namely the middle classes.

But it was not just Tories who were anxious about striking workers during this period. That bastion of liberal-left sentiment, the Guardian, was fearful too. So, while it would publish critical pieces of Thatcher’s government, it was far less keen on championing workers taking strike action. During the 1984 Miners’ Strike, for instance, columnist Hugo Young declared that the miners must be defeated, while then editor Peter Preston pursued a law-and-order campaign against the strike. As the Labour Party was still too close to the miners, the Guardian and fellow liberal broadsheet, the Independent, threw their support behind the SDP/Liberal Alliance as the original ‘third way’ between the excesses of Thatcherism and the trade-union ‘thugs’.

So, in a critical political moment, when a ruling-class party was on the offensive against working-class communities defending their jobs and livelihoods, the Guardian effectively took the side of the state (a position it even reiterated on the 25th anniversary of the Miners’ Strike). So much for those tabloid readers lacking in radical grit.

By the early Nineties, political alliances were shifting. The elites began to distance themselves from Thatcherism. Margaret Thatcher herself, who had been forced to step down in 1990, was steadily being presented as the folly of the working-class voters (though not, of course, the folly of the middle classes). Instead of Thatcherism, it was the progressive values and policies commonly found in Labour-run local government that were then being adopted by wider state institutions across Britain.

This is why, after their General Election victory in 1992, the Conservatives appeared to be in office, but not really in power. The once powerful ruling-class party looked ill at ease alongside the increasingly PC values then holding sway in the corridors of power, and beyond in the upper echelons of society. Even today, on the back of their landslide General Election victory in 2019, the Tories appear as political outsiders, a jarring presence in the wider new establishment that was forged in the mid-Nineties.

Central to this transformation was British elites’ adoption of official anti-racism and embrace of the ideology of multiculturalism. This meant that institutions previously at the cutting edge of racist practises, such as the police and social services, were turned into vehicles to fight racism.

Yet, at the same time as the instruments of state power were being rehabilitated as progressive and enlightened, so a specifically white working class was being demonised. So successful was this demonisation, that the white working class is routinely accused of racism. During the London riots of 2011, for example, Sikhs and Turks mobilised to defend their shops and businesses from rioters and looters. They were viewed positively, as defenders of their local communities. But when white working-class residents in Enfield did the same, the liberal left spread rumours that this was organised by the far-right English Defence League.

This is not surprising. As Brendan O’Neill has argued, the motivations of the white working class are always seen as racist. This was particularly true when much of this constituency voted to leave the EU in 2016. Brexit voters were dismissed as low-information, insects, fascists, racists and so on.

But if this is really true of people’s desire to leave the EU, should the accusations of racism and fascism not also apply to, say, the editors of the liberal Observer, who, in 2002, complained of a ‘lack of democracy or accountability in… the European Union’? And the same goes for ‘radical’ columnists Owen Jones and Paul Mason, who also spent much of their time before Brexit attacking the EU. ‘The more left-wing opponents of the EU come out, the more momentum will gather pace and gain critical mass’, declared Jones back in 2015. That same year, Paul Mason criticised the EU as an elite project that was undermining the popular sovereignty of Greece.

Of course, by 2016, both had decided that there was now a sinister and far-right agenda behind Brexit supporters’ demand for greater democracy. A year after the referendum, Mason concluded that ‘racist populism is out of the bottle’.

It seems Eurosceptism is acceptable when taken up by academics and journalists, or charismatic Greek leftists, but dangerous and xenophobic when voted for by factory workers in Sunderland. The Labour left’s turn against Brexit, including that of its leader and one-time arch Eurosceptic Jeremy Corbyn, was based on this same anti-working-class sentiment. That is, Labour simply assumed that since the masses had voted for Brexit, it must be a far-right phenomenon. How the hundreds of thousands of black or Asian Brexit voters fitted into this white-nationalist project is never properly explained.

Despite all the talk about the rise of the far right, and the prevalence of racism, all the available social surveys show that racist sentiments have significantly declined in British society over the past 40 years. Britain now has a reputation as one of the most tolerant and open societies in Europe. Yet, more so than ever, the middle-class-led debate is about just how discriminatory and racist British society is.

It is important here to remember that what passes for anti-racism today bears no relation to the anti-racist campaigns of the past. These were driven by a desire to unify ordinary people around common interests and to tackle discrimination. The identitarian anti-racism of today is driven by a different purpose — namely, that which the sociologist Max Weber called ‘social closure’. This is when powerful groups construct boundaries and identities through which they can exclude and dominate others. So, while liberal left values appear ‘progressive’, their real purpose is to divide society up into two categories – that of the enlightened elites and that of the problematic masses. This effectively empowers and legitimises one section of society, while excluding and disempowering the other, on the grounds that the latter’s members lack the right attitudes and values.

As we have seen above, this process of social closure has been a long time coming. The working masses have been conjured up in the progressive imagination as ill-informed, tabloid-reading bigots for decades. It means they can be deemed unfit for participation in public and political life, just as they once were by those 19th-century reactionaries who refused to extend the franchise.

Ironically, then, for all their ‘anti-Tory’ bluster and apparent radicalism, the outlook of too many on today’s left is one that aristocratic conservatives of the past would have happily embraced.