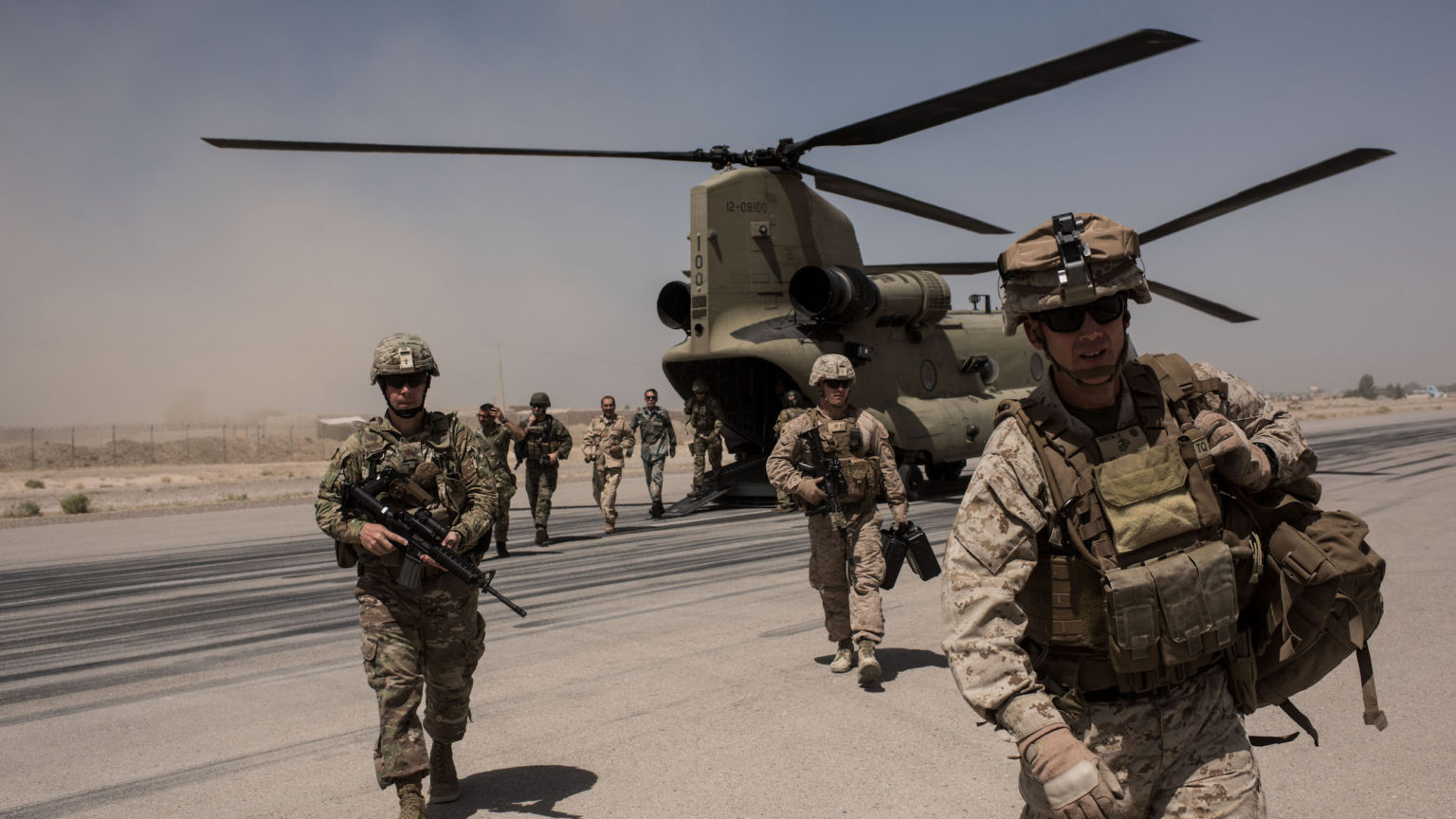 On 7 October this year, it will be 20 years since the US and the UK launched Operation Enduring Freedom. This was the start of what we now know of as the War in Afghanistan.

The operation may not have done much for freedom, but it has certainly endured, despite President Obama giving the operation a name change in 2014. In fact, it is the longest war that the US has ever been involved in. Longer than Vietnam. Longer even than the two world wars combined. It has cost the lives of tens of thousands of Afghan civilians, and hundreds of American and British soldiers. The Watson Institute at Brown University puts the overall death toll at over 157,000 and counting.

And for what? The continued impoverishment of one of the poorest nations on the planet? A territory which is held by roughly the same antagonists in the same proportions as it was held 20 years ago? Rarely have so many given so much for so little.

That grim 20th anniversary approaching in October was never meant to be reached, however. Under the conditions of the Agreement for Bringing Peace to Afghanistan, struck between the Trump administration and the Taliban on 29 February last year, the 2,500 US and the 6,500 NATO troops still based in Afghanistan were slated to be fully withdrawn by 1 May this year.

But that now looks increasingly unlikely to happen. President Joe Biden’s administration, rather predictably given its hawkish inclinations, is currently reviewing the Trump deal, with US secretary of state Anthony Blinken wanting to ‘retain some capacity to deal with any resurgence of terrorism, which is what brought us [to Afghanistan] in the first place’. And NATO, too, has refused to announce or confirm a troop departure date. ‘While no ally wants to stay in Afghanistan longer than necessary’, said NATO secretary-general Jens Stoltenberg last week, ‘we will not leave before the time is right’.

‘We will not leave before the time is right.’ Those are ominous words.

On the face of it, Stoltenberg is referring to the ongoing hostilities between the Taliban, which is now in control of just over half of Afghanistan’s still largely tribal territory, and the Afghan government based in the capital of Kabul. Indeed, the Trump peace deal was dependent on three conditions being met: the severance of the Taliban’s relationship with al-Qaeda, a reduction of Taliban violence, and the start of meaningful negotiations between the Taliban and the Afghan government. So, with a rise in Taliban attacks on government forces, as well as on judges, civil-society leaders and others, alongside rumours of Taliban-al-Qaeda relations persisting, and fractious talks with the government barely continuing, it is not clear that the Taliban really wants to broker a deal with the Afghan government. Indeed, as one Taliban commander told a Times correspondent days after the Trump agreement last year, ‘We haven’t been shedding blood all these years with the intent of sharing power with the Kabul government. We fight for sharia, for the Islamic emirate, not to make deals with democrats in the time of our victory.’ Such sentiments do not bode well for peaceable relations between the Taliban and the government.

Yet, even if talks between President Ashraf Ghani’s government and Taliban leaders do result in some sort of agreement, does that really qualify, in the eyes of the US and NATO, as the ‘right time’ finally to leave Afghanistan? Or, even then, will the time still not be quite right? Will there be something else wrong in Afghanistan that necessitates the continuation of war?

This gets at the heart of the problem with the Afghan War. For the time to be right, one has to know what it is the US and its allies want, what they are waiting for. When exactly is the ‘right time’? Because that has never been clear.

Even when Operation Enduring Freedom was launched in the aftermath of 9/11, the aim was never fixed. Initially, it was to hunt down al-Qaeda and its leader Osama bin Laden, in retaliation for the attack on the Twin Towers. But that was soon folded into the broader, necessarily interminable ‘war on terror’. As many observed at the time, how can one fight a war against an abstract noun? To attempt to do so would necessarily condemn the protagonist to waging a war without any concrete objective. A war, that is, without end. And so, in the tragic context of Afghanistan, it has proved.

As bin Laden evaded capture, and the ‘war on terror’ expanded during the early 2000s, the aim of the Afghan War morphed into the elimination of the Taliban as a source of terror. Then it acquired smaller spin-off objectives. To stop the production of opium. To promote democracy. To liberate women from the strictures of an Islamic state. Indeed, Jake Sullivan, Biden’s pugnacious national security adviser, even talked last week of reviewing the Trump deal because he wanted to ensure the ‘extraordinary gains’ made by Afghan women were protected.

Fine. But is that really the point of waging a 20-year-long war? To grant women in a nation thousands of miles away certain human rights? And, if so, why stop at Afghanistan? Why not wage a war in the name of human rights everywhere they are deemed to be withheld? This is not whataboutery. This, unfortunately, is precisely the ‘ethical’ logic that has justified countless devastating humanitarian interventions, from Iraq to Libya, over the past few decades.

At this stage, then, it is not clear what could bring the war in Afghanistan to an end. What’s more, there are many who would like to see it continue. The Afghan government, itself a partial creation of NATO and the US, continues to rely on the support, political and military, of the US and its allies. And, without Trump, an avowed if inconsistent opponent of ‘forever wars’, in the White House, the levers of US foreign policy are once again in the hands of those, from Sullivan to Blinken, who have always embraced foreign policy as a means of projecting American power abroad. What’s more, many Democrats in both Houses, backed by hawks in the foreign-policy establishment, always opposed Trump’s Afghanistan deal. As Democratic senator Tammy Duckworth, channelling the spirit of the ‘war on terror’, put it in November, withdrawing troops from Afghanistan will endanger ‘our national security’.

So, incredibly, it looks like the Afghan War could well continue into its third decade. No doubt it will be reframed once again, perhaps in terms of peacekeeping, or maintaining stability, or national security, or even counter-terrorism. But then, that is the thing about this most endless of wars. As a war for nothing in particular, it can be waged for anything in general. Forever.