We must stop sacrificing our freedom at the altar of a single coronavirus. 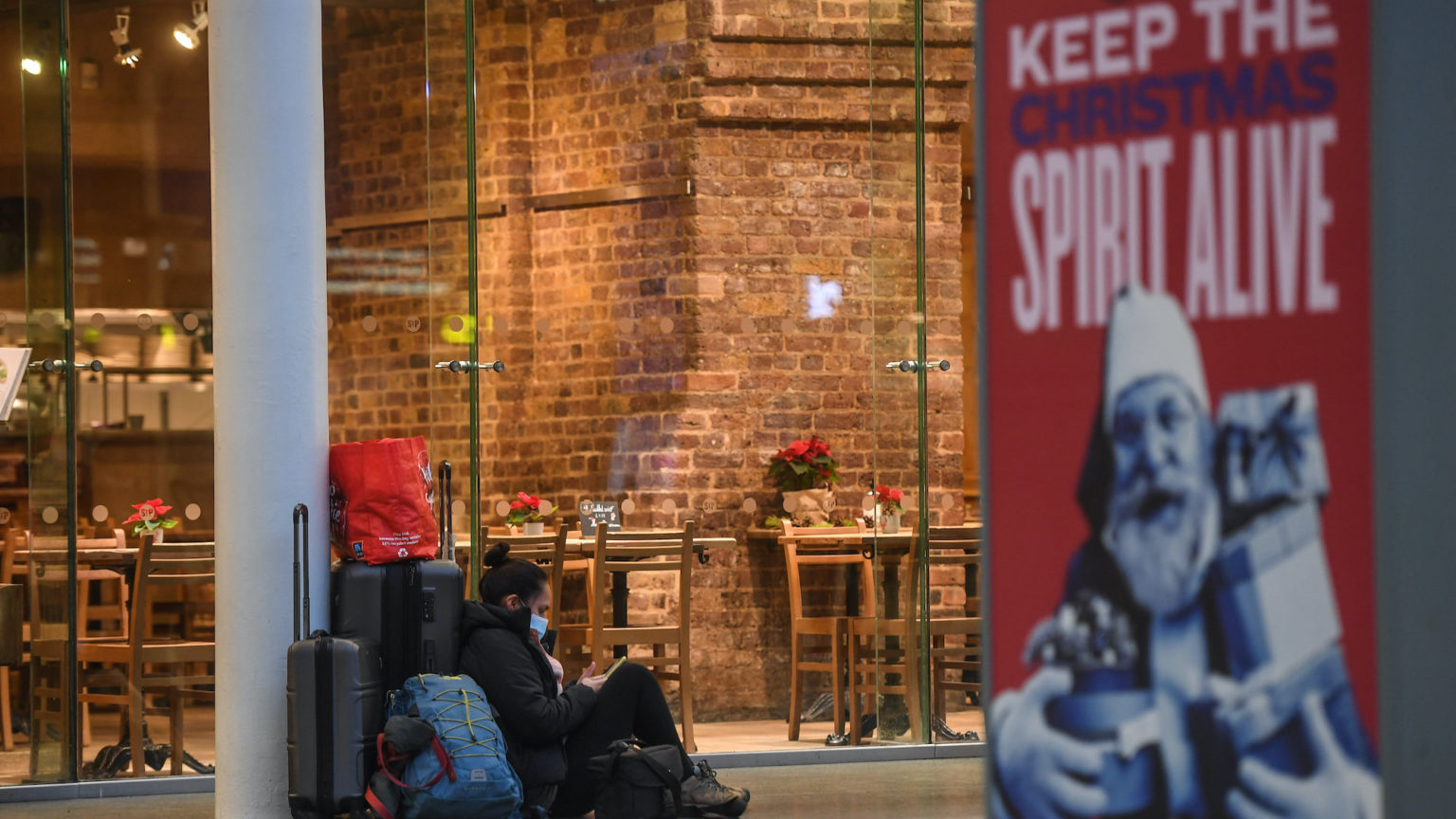 Ever since Trump was elected, I’ve listened to people complain that we’ve been subjected to the dystopia of The Handmaid’s Tale in such a way I did doubt that they’d read so much as the first page, which states: ‘There is more than one kind of freedom. Freedom to and freedom from. In the days of anarchy, it was freedom to. Now you are being given freedom from. Don’t underrate it.’

Welcome to the last day of my anarchy to, before we were all – forcibly – freed from Covid-19.

I was hungover. As always. Went for a walk to punish myself, checked the headlines as if to make it much, much worse… The prime minister, the Daily Mail advised, was making the latest of his egomaniacal, blockbusting addresses to the nation. Sources suggested he was about to seal off London from the rest of the nation due to a ‘mutant strain’ of coronavirus.

With only my own feelings to consult, I’d rather die in London than live in the country. But there is a higher power on this earth.

And she’s having none of this raging neurosis. I was ordered to make like a Brexiteer – and leave.

‘It was absolutely fucking obvious we were going to get locked down for Christmas… cancelling at the last minute is fucking sick’, Owen Jones was tweeting, as I ran to the station. He failed to declare that he and everyone else on Twitter bore responsibility for this farce, given they’d demanded it, ceaselessly, until the deed was done.

Everyone on that platform had already sacrificed their plans to the Covid god. They weren’t going to mix with three households for five days. At most, they planned to stand out in the freezing cold on the day in question waving at each other from a safe distance with a flask of soup. The dangerous extremists among them were going to test themselves for Covid thrice and – having proved they’d not got it – seat granny inside in a wholesome draught. What they needed to avert was all the rest of us carrying on with our plans to act sensibly because we’re not suffering from what Jung would label a ‘psychic epidemic’.

Back in March, pretty much every man I knew in London was laid low with coronavirus while we women were mostly unaffected. The virus was all through my building. My neighbour was in hospital (she had an underlying heart condition). So I’m not denying for a second that Covid exists or that we have a duty not to spread it. But despite suffering from a chronic lung condition, I still shopped in supermarket hordes denser than those banned at football stadiums, at a time when ‘super spreaders’ were about, no one was wearing a mask and social distancing was not in any fashion – and I lived to tell the tale.

If I don’t have antibodies, shoot me to save the herd. This vaccine that we’re supposed to be shutting down to wait for is based on the blood plasma of the Covid-criminal complicit in my hangover. At this stage, I need someone on the SAGE committee to explain to me – as if I am an idiot – why we should suspend life until the vaccine is rolled out when we are locking down the very same population that’s had the virus and recovered.

Part of me now wishes I’d actually broken the law, rather than fleeing before it came into force – so my cousin Kara could make good her threat to bomb down the M1 from Nottingham, hurl me in her boot, and bez me out to Norfolk. I was stopped several times making good my escape, it’s true. Each time by the man meant to be enforcing the facemask rule, seeking to help me with my baggage. At Victoria, four incomparably brave black girls were singing (!) their hearts out with buckets trying to raise money for cancer as precisely no one had been giving them any.

With ‘do they know it’s Christmas time at all’ ringing – off key – in your ears, you can believe that this is the same country that had a problem with Hitler invading Poland, not to mention the evils of compelled dress (in the form of yellow stars). It made me realise how important it was to invent a scene in which Churchill took the tube before making that speech in The Darkest Hour. It showed our wartime prime minister deriving all his nerve from ordinary people who wanted to fight to preserve human freedom. If it were up to the working class today, we would still do the same. But there’s no doubting appeasement would be the government line.

I was raised on tales of war because that is our national habit and our glory. I’m named after the Irish immigrant great-grandmother, who was evacuated out of London with her six children only to return straight to Sidcup – which my Nan remembered as ‘bomb alley’ (since it’s where the Luftwaffe dropped all their unused bombs on their way home). Covid has taught me the logic of what struck me – as a teenager – as highly irresponsible decision-making. (Why would a woman risk the lives of her six children when only their father need die?) But Britain was a free country. My great grandad was confined to the homefront – putting out the fires. Sure, he looked likely to be annihilated, but if he was going, they wanted to go with him, living out their last moments on this earth together. That’s why my Nan returned to Sidcup.

We have to stop concentrating on Covid deaths and start asking ourselves: What is the point of being alive?

Anyone with a brain can compute what shutting down our economy for a whole year will do to NHS funding for the next 10, if not 50 years. Boris Johnson has put more people out of work than Margaret Thatcher at the height of the Miners’ Strike. Rishi Sunak should not be praised for extending a bogus ‘furlough’ scheme that masks the carnage that is blasting this country apart. In London, our ex-mayor – aided, abetted, and encouraged by the present mayor – has decimated each and every business that sells non-essential items. Any town on our outer-reaches, dependent on an airport, is a ghost town already.

The government must know it has botched its Covid response from the very beginning. What’s happening now is the greatest ass-covering exercise of all time. If people don’t die, the government will claim it’s because it locked us down. If people do die, the government will blame us because we continued to behave like human beings. Either way this is all utter tripe: all deaths are, were and will be due to a virus which has an estimated infection fatality rate of 0.2 per cent (read the WHO’s bulletin from September with your own eyes).

This is not about ‘saving lives’. If we want to do that we need to start aggressively testing for and treating undiagnosed cancer, stroke and heart conditions, and prevent anyone with a history of depression from imagining that they’re going to kill those they love by admitting how desperately alone they feel.

We must – repeat must – break the law now, and keep breaking it until this situation ends. It is an insult to all of those who have died to save us from ever living under totalitarianism that we have sacrificed all our freedom on such an absent excuse.