There is an alternative to Germany’s lockdown

Too few have been willing to challenge Merkel's response to the pandemic. 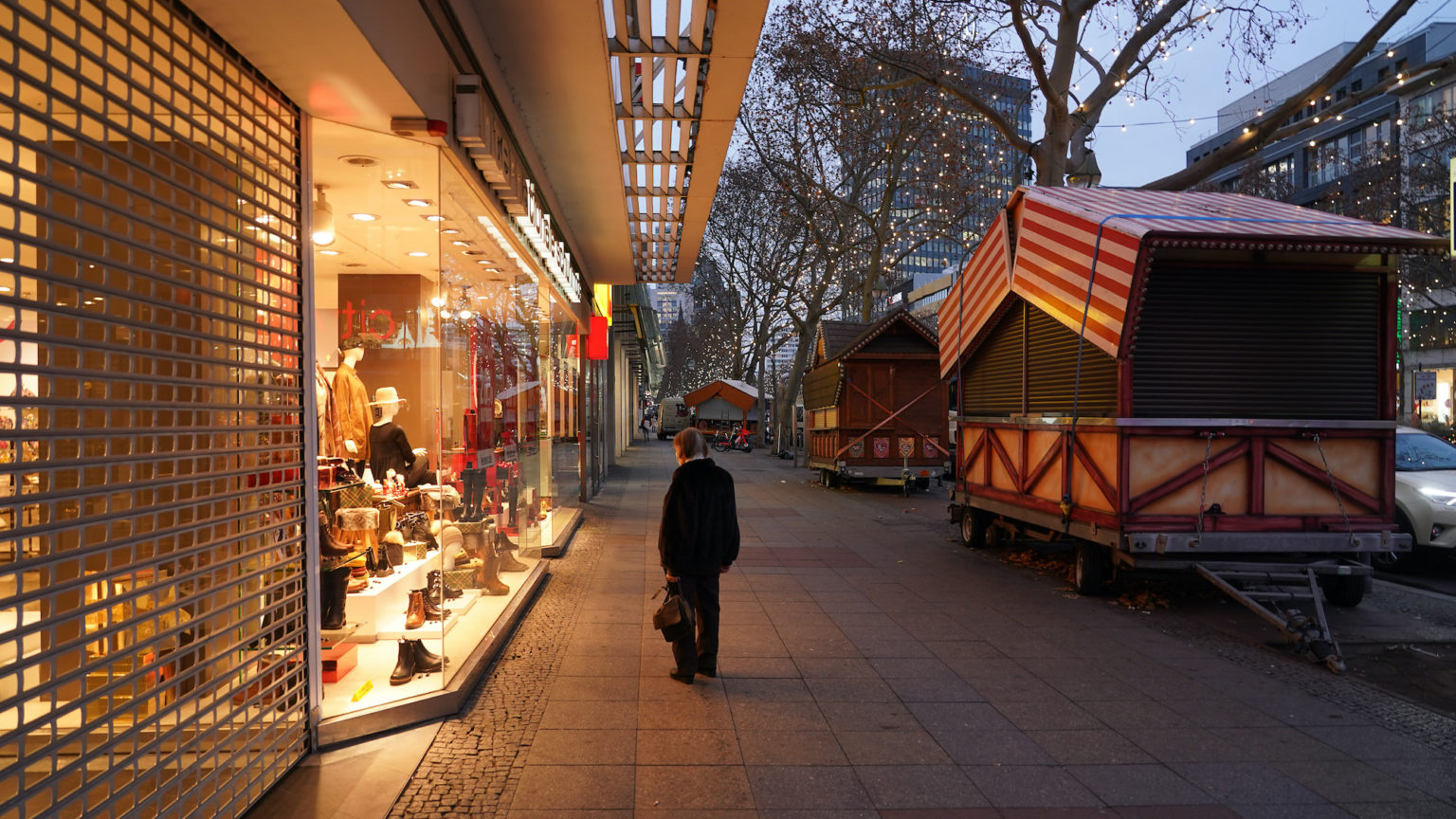 ‘There is no alternative.’ How often have Germans heard this from their chancellor? And now that the government has imposed a new national lockdown that will last well into next year, they are hearing it again. ‘If we have too many contacts now before Christmas, and that ends up making it the last Christmas with the grandparents’, Angela Merkel told parliament, ‘then we will have failed’.

But as has so often been the case over these past 15 years, it is those who should be challenging Merkel — especially journalists and opposition politicians — who are the real problem. Instead of providing scrutiny and opposition, they seem more than happy to rally behind her. That’s why there is no alternative to lockdowns – because there is no criticism or scrutiny of lockdowns.

Government, science and media are all singing from the same hymn sheet. Surely I can’t be the only one worried about this?

Covid-19 is a dangerous virus. Germany’s now high death and infection rates are very real. Yet the threat posed by the pandemic does not in and of itself justify lockdown.

Moreover, what is presented to the public as the incontrovertible standpoint of science is in fact just opinion. It can be challenged. Take the claim that lockdowns help to bring the virus back under control. Supporters point to Wuhan (which is not exactly inspiring) as proof of their efficacy. Yet in Spain, France and Britain, which all imposed harsh lockdowns, and even Germany itself (which has been in semi-lockdown for most of this year), there is no such proof that lockdowns work, with infection and death rates rising in all. Indeed, studies have found that there is no correlation between the stringency of lockdowns and Covid death rates.

But alternative approaches just do not seem to get a look in. Take the proposal to shield care homes. Merkel simply rejected this idea out of hand. And politicians and journalists just went along with her. But given two thirds of Germany’s Covid-related deaths occured in the care-home sector, surely we should at least be thinking about a targeted shielding approach rather than dismissing it out of hand?

Germany once had a tradition of public social work. Each year, as part of conscription in Germany, many thousands of young men would choose to work in care homes, with the elderly and the disabled, rather than join the army. The pandemic might have given us an opportunity to revive some of that tradition (and not just for men). Helping out in hospitals and care homes, and relieving nurses of some of the more basic jobs, all on a paid basis, is something many young people might have been happy to do. Yes, they would need training, and sufficient pay. They would also need frequent testing, and be ready to stay in small ‘bubbles’. But is building up an army of volunteers to help look after those in care homes really such an outlandish idea?

And what of the slow speed with which people are being vaccinated? Is there no alternative to that? Merkel said that every day 500 people were dying from Covid. That means that each day vaccination is delayed is costing hundreds of lives. Surely we should therefore be doing everything we can to speed up the process.

But the government claims it has no way of doing so, because, as an EU member state, it cannot act alone on vaccinations. Yet the real problem is less the EU itself than the sluggish approval process. There clearly is an alternative to that, hence vaccination programmes have already started in the UK and the US. Thankfully, it has now emerged that the European Medicines Agency (EMA) will ‘most probably’ approve the vaccine on 21 December.

The government has a responsibility to protect the citizens, writes one commentator. Yet there is a good reason why the government’s responsibility to protect citizens ends where the private realm begins. For that is the realm in which we are free and able to make decisions for ourselves. Why do families and grandparents need the chancellor to ‘protect’ them from the virus at Christmas? Would it not be reasonable to assume that they are in a far better position to make decisions about what is best for them and their loved ones this Christmas than the government?

And this is the main problem. Many of the government’s new regulations do little to protect us from Covid. But they do affect things many people enjoy and feel strongly about.

One example is the shutting down of mulled-wine stalls, a Christmas staple. Where is the proof that these stalls, which are all outside, have become hotbeds of Covid?

Like the ban on fireworks this New Year’s Eve, these measures appeal to a certain group of largely middle-class voters. But they antagonise many others – leading no doubt to great cynicism about the government’s sincerity in fighting this pandemic.

The new lockdown has hit many Germans hard. It is time for critics to speak up against this policy. Because unless we do, there really will be no alternative.