Now the woke left and the hard right are arguing over supermarket adverts. 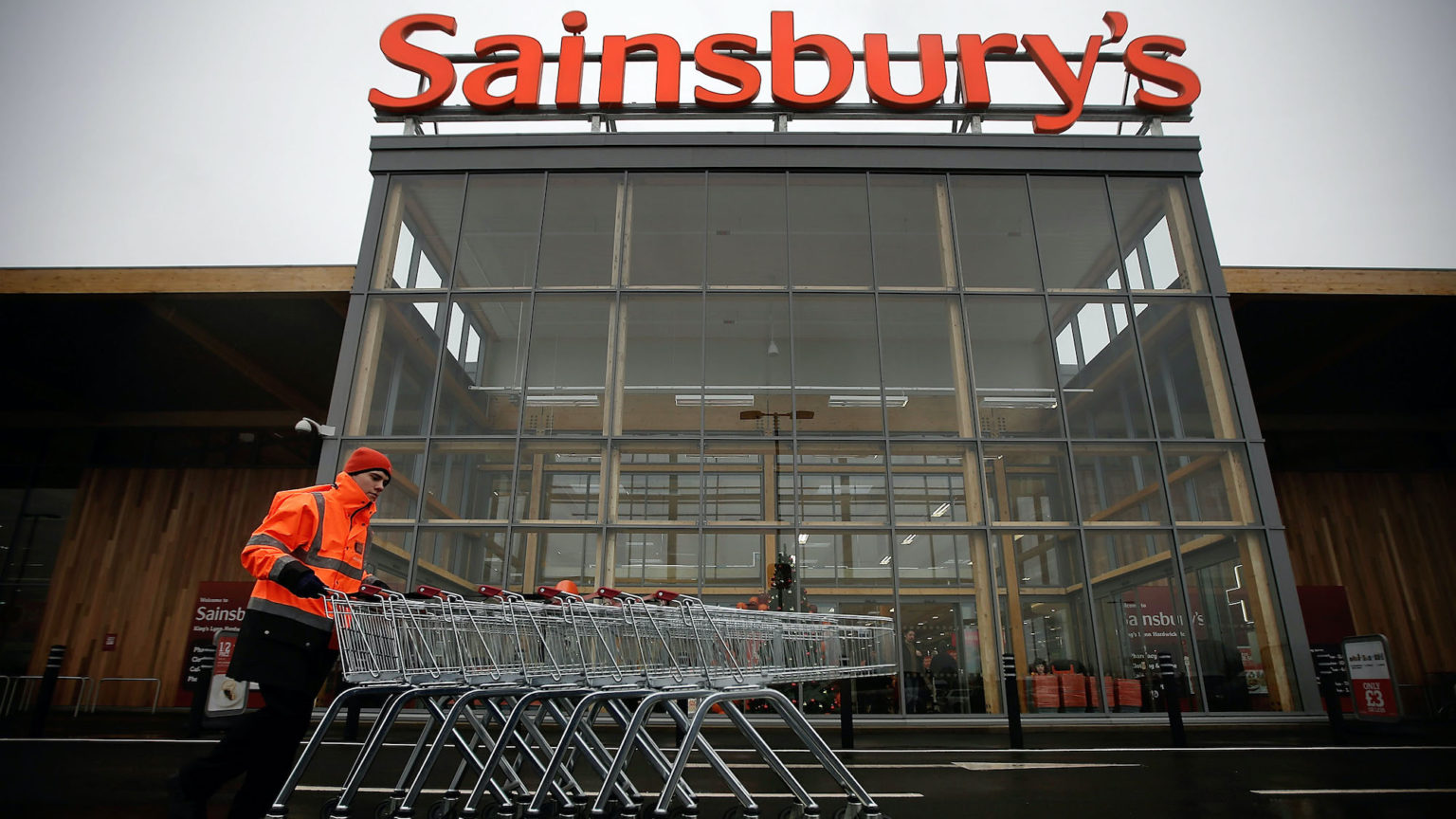 The latest frontline in the culture wars is that of supermarket adverts for Christmas. A recent Sainsbury’s advertisement called ‘Gravy Song’, depicting a family looking forward to the event, solicited a barrage of online racist abuse on account of the cast being entirely black. In response to this, a group of Britain’s other leading supermarkets joined together in support at the weekend to run their adverts back-to-back on Channel 4 with the hashtag #StandAgainstRacism.

This altercation shouldn’t surprise us in a year in which woke doctrine went into overdrive – the censoring of ‘Fairytale of New York’ is but one recent example – and in which vituperative online reaction correspondingly became a grim feature. Indeed, this latest incident reveals a ghastly truth: that the woke left and hard right are locked in a macabre state of symbiosis in which each needs the other to maintain its existence; in which each provokes the other into more extreme positions to perpetuate their viewpoints.

Many white people have become increasingly annoyed at how television adverts over-represent ethnic minorities. Such vacuous, crowd-pleasing wokery at the behest of corporations is constantly irritating. As the year has gone on, white people – especially white males – seem increasingly to be airbrushed from existence on the ad breaks. So even though the Sainsbury’s advert is only one of three airing now, it is sadly no surprise that ‘Gravy Song’ was the last straw for some, especially as TV viewers now see adverts without any white males.

The reaction, of course, to the woke left mindset, was that it just goes to prove how endemic racism is, how thus we need to up the ante when it comes to promoting the causes of minorities and women. This is fodder for the actual hard right, who will see it as proof that ‘their’ culture is under siege.

A similar case goes for the United States, where the far-left agitators of Black Lives Matter and Antifa on the one side and militias and MAGA types on the other have been caught in a similar danse macabre. Each believes ‘its’ people are under pressure, with violent behaviour by the other side just raising the bar for further action. In the culture war, each side believes it is the victim, the other side the instigator.

While the two camps profess to despise each other, they need each other, or proof of the other’s existence, to cement their own tribal status. Yet neither camp is representative of society at large. While there has been destructive political correctness in society for decades, and while some applaud corporations trying to make a difference by reflecting Britain’s multiracial make-up, and many will just sigh and grumble at such literally unbelievable declarations of ‘standing up to racism’, most people just want to get on with their lives and will treat other people as they come, on a day-to-day basis. While a minority of intolerant trans activists has been in the ascendancy for years, most people are happy for others to live as they like, as long as it doesn’t become enforced ideology. Many women just want themselves and their daughters to be respected as such.

Far too much attention is paid to these tribes, and far too much influence duly afforded – especially to the vocal and muscular woke left. While the shrill woke left and malicious hard right get all the publicity, continually overlooked are the progressive left and the conservative right, both of whom subscribe to the idea of humanity as one, of democracy and of free speech. Don’t let the ideologues ruin your Christmas.

Countdown star Susie Dent has weighed in on the debate about the use of full stops in text messages. She agrees with the complaint by some millennials that, in this context, they can be aggressive and indicate resentment in text conversations, or are designed to offend, or suggest being underwhelmed.

She is right, of course. Were a friend to reply to a text of yours announcing you had a new job with anything but ‘Great!’, you would start to wonder how happy they were at your news. ‘Great’ left naked at the end would arouse some suspicions, while ‘Great.’ might indeed be interpreted as envious, ‘bully for you’ or ‘whatever’.

As with all language, it is indeed all about context. For many people the full stop marks literally that: a declaration that you have finished your statement and that is that. Many don’t notice them in texts. There is also anecdotal evidence that the habit of ending sentences left naked is appearing in school papers – which will have negative effects for pupils. Sloppiness never impresses teachers, or employers.

Context is king. While most people have no problem with the exclamation mark in informal means of communication, some middle-aged and old-aged people don’t like seeing it in everyday prose, let alone would use it. Words spelt out in capital letters can also be used in a jocular, sarcastic or ironic fashion. In the wrong context, they sound like unpleasant shouting.

And here is the issue with the omission of full stops among millennials. Are they afraid to issue declarations with finality? Is what they say always open for interrogation and doubt? In short, is the taboo against the full stop the new up-speak? Like, hello?

The world is running out of lesbians, according to a report by scientists

According to a new study, released yesterday by scientists at the University of Petropavlovsk, the world’s number of lesbians – already an endangered species – have shrunk to a such critically small point that they face extinction by the year 2100.

‘We have known about this problem for a long time’, says Doreen Marzipan, of the university’s ethnobiology department. ‘From their peak number of three million in 2000 to a figure of verging just about one million today, the outlook is dismaying, unprecedented, catastrophic.’

‘It’s high time to wake up and smell the coffee’, she added.

There are multiple reasons for the rapid decline, it is thought. The chief culprit seems to be the increase in emission of toxic gases.

‘There has been much hot air emitted recently’, says Marzipan. ‘This hot air says that biological girls or teenagers with masculine traits might not be gay, but actually be males in the wrong body… This is ravaging gay numbers. Add to this the hot air from previously lesbian movie celebrities de-gaying themselves, and we truly have a perfect storm.’