Covid rules are destroying our humanity

A mum was tasered at her son's football match for not wearing a mask. And no one intervened. 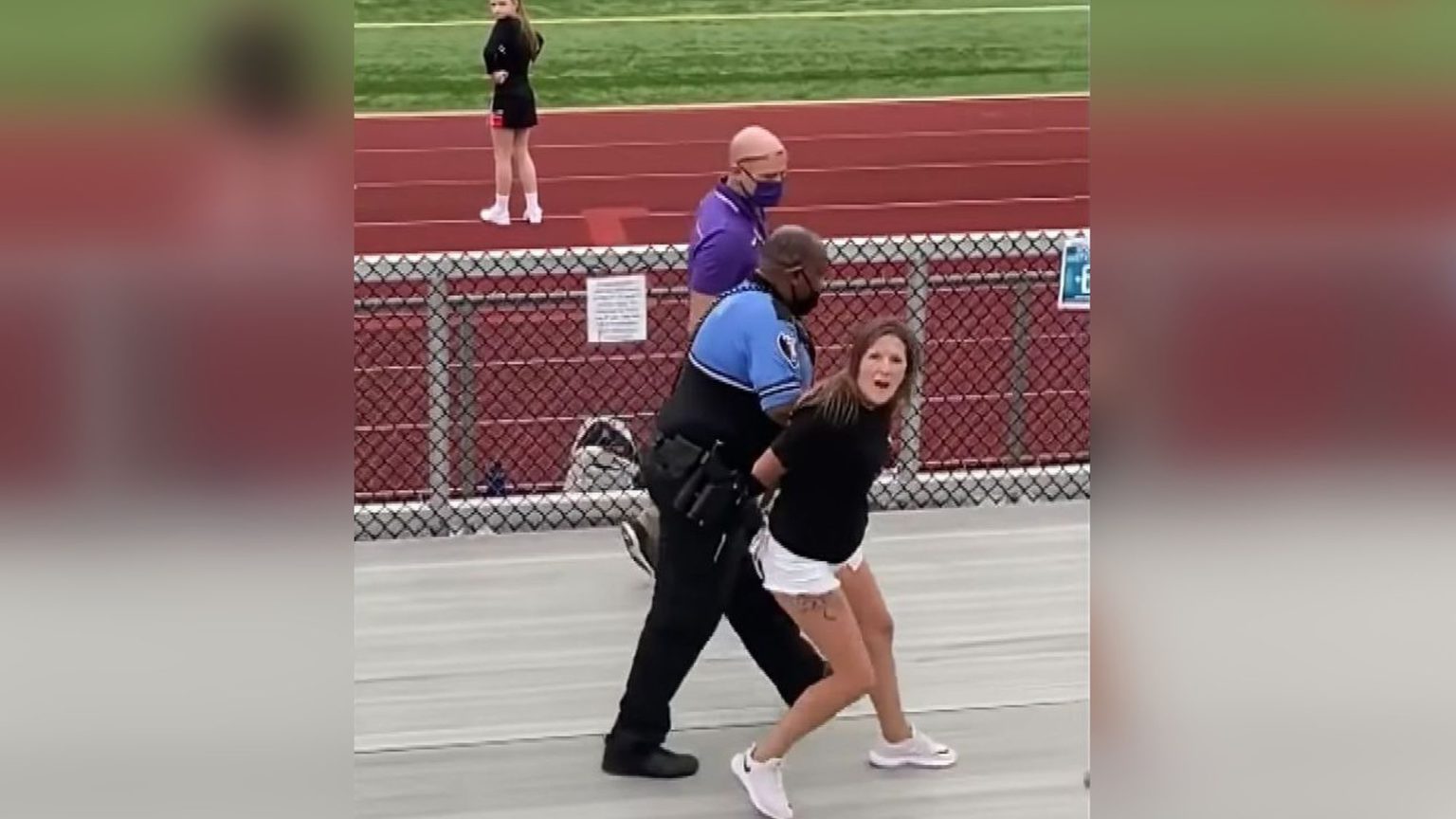 There is not much special about Logan, Ohio. Sure, there’s the Paul A Johnson Pencil Sharpener Museum in South Logan, and every year musicians strum a bunch of washboards at the Washboard Music Festival (cancelled this year because of the Covid apocalypse, of course). But Logan usually has a pretty relaxed, ‘small-town America’ vibe. That was until what can only be described as a violent confrontation over a face mask.

On the evening of 23 September, in the stands of an outdoor stadium at Logan High School, a school resource officer – effectively a cop for schools – spotted something. A 34-year-old woman called Alecia Kitts was not wearing a face mask. Kitts, who was there to watch her son play football, is said to have told the officer that she was exempt from wearing a mask due to her asthma. The officer was not satisfied with her answer, and instructed her to leave immediately. Kitts refused, so the officer proceeded to use a taser gun on Kitts before arresting her. It is worth pointing out that witnesses to the incident, including one of the school’s glassy-eyed bureaucrats, simply looked on without intervening.

Kitts’ story is indicative of a much greater social problem right now. In the name of protecting us from Covid, authority figures are being worshipped by us, and given absolute power over us. Every semblance of morality, proportionality and empathy is being tossed aside in our attempts to thwart a 100-nanometer-small virus. And so it comes to pass that a school cop zapping a woman with several thousand volts for not wearing a mask is applauded. The Milgram Shock Experiment, it would seem, has escaped the laboratory once more.

A recording of Kitts’ unfortunate encounter soon went viral on a subreddit called ‘Justice Served’. Reminiscent of an episode of Charlie Brooker’s dystopian sci-fi series Black Mirror, redditors plastered the site with emojis celebrating Kitts’ electrocution. Virtual awards, bought using real-world currency, were gifted to users who disparaged the woman’s mask-less antics. ‘Makes breathing inconvenient. For mouth breathers’, remarked one user. ‘If the taser didn’t work, should he have shot her?’, asked another.

Social media provides a sinister glimpse of where a deeply fearful, conformist society might end up. At a point, that is, when any form of state action in pursuit of a supposed greater good is justified. And given how Ohio’s school administrators reacted to Kitts’ treatment, this point is closer than we think. Marietta City Schools’ (MCS) athletic director, Cody Venderlic, said: ‘The governor and the [Ohio] health department have made it very clear that masks are required indoor and outdoor at sports facilities.’ MCS superintendent Will Hampton also offered his own thinly veiled condemnation of Kitts: ‘If you chose not to [wear a mask] then you threaten not only our ability to have sports but put your ability to watch as a spectator in jeopardy as well.’ And, just to rub salt into Kitts’ wounds, a group of Ohioans pitched up outside the Logan Police Department, banners at the ready, to show solidarity with the school resource officer.

Most people have shown a willingness to sacrifice certain freedoms during this moment of intense crisis. They deem the sacrifice necessary for the time being, and do not expect it to become a permanent way of life. But while this crisis will subside, the reams of legislation left behind will continue to scar society for years. In the UK, Conservative MP Steve Baker touched on this point, lamenting the nearly 200 changes the UK government has made to its Covid rules since March. ‘How do people think that liberty dies? It dies like this, with government exercising draconian powers, without parliamentary scrutiny in advance, undermining the rule of law by having a shifting blanket of rules that no one can understand.’

Quite. Some may be cheering on the overzealous enforcement of Covid rules right now. But they could soon regret it when they realise that the freedom and powers we give up today will not simply be returned to us tomorrow.

James Fenner is a writer.