‘The Coronavirus Act has never been lawfully used’

Kirsty Brimelow QC tells spiked about the abuse of Covid laws by the authorities. 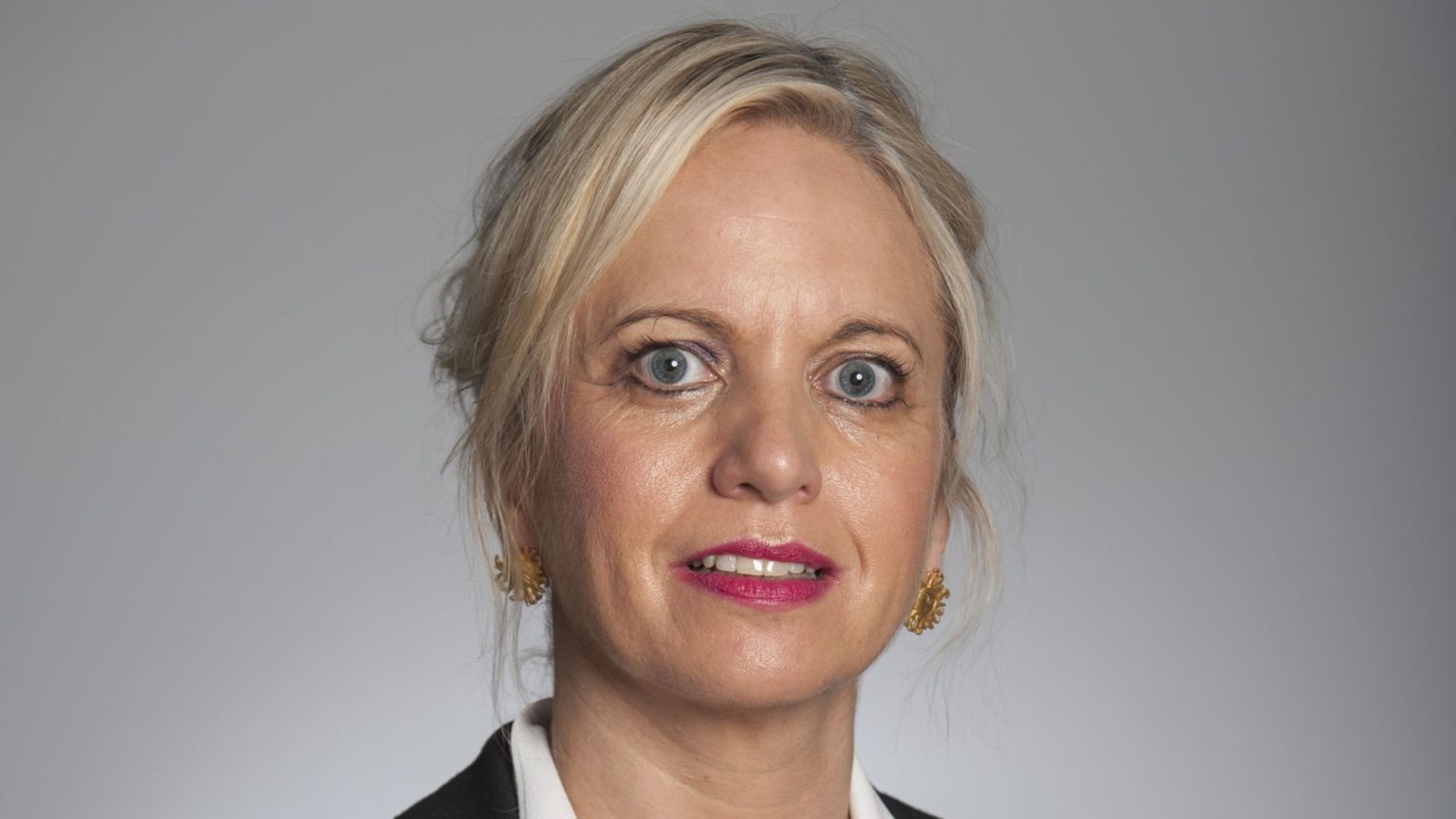 The Covid-19 pandemic has resulted in the government introducing some of the most severe restrictions on public life in modern British history. At the height of the lockdown, there were numerous cases of police emptying parks of sunbathers and harassing people seemingly just for being outside. Recently, new rules have been brought in to prevent people gathering in groups larger than six, and several areas of the country remain in local lockdown. But with rumours of more measures to come, do the authorities even understand the laws they are producing and enforcing?

Kirsty Brimelow QC is a senior lawyer and expert in international human-rights law. She was named International Pro Bono Lawyer of the Year in 2018, and is chair of the Bar of the Human Rights Committee. She has recently spoken out against the misapplication of draconian Covid laws by the police and courts. spiked caught up with her to discuss the Covid legal confusion and why it is so dangerous.

spiked: You have raised the issue of wrongful convictions under the Coronavirus Act. What are some of the examples you’ve come across?

Kirsty Brimelow: First, I should clarify what the legislation says. There were two pieces of emergency legislation which came into force in late March. These are the Health Protection (Coronavirus, Restrictions) Regulations (known henceforth as the coronavirus regulations), and the Coronavirus Act. The Coronavirus Act introduced powers relating to potentially infectious people. The powers it gives includes directing people who may be potentially infectious to go to health centres, and compelling them to stay there – but these powers are entirely separate from the regulations. The regulations contain restrictions on movement and gathering.

In fact, the Coronavirus Act has never been lawfully used. It has been continually misapplied.

I became involved in the first prosecution under coronavirus law, which was the prosecution of a woman called Marie Dinou. She was on her own at Newcastle train station, standing on the platform. There was a report from people at the station that she was loitering. The British Transport Police (BTP) came and then decided to arrest her. She was detained in a police station and spent two nights in a cell before being taken to the magistrates’ court. She was convicted and given a fine of £660.

The police said Dinou had committed an offence under the Coronavirus Act. This was wrong. In fact, the offence she was accused of does not exist. The police used the wrong law for a start, mashing together the coronavirus regulations and the Coronavirus Act. Dinou was unlawfully arrested and wrongly prosecuted. The case was brought back to the magistrates’ court very quickly and the conviction and fine were overturned. The BTP did issue an apology, but there are still a lot of worrying features here. Everything that happened was contrary to the entire purpose of the coronavirus regulations, which are intended to prevent the spread of the virus. Bringing Dinou into contact with unsanitary conditions in a cell potentially placed her in danger, so it was not even helpful from the perspective of health. It was a failure of the whole system.

The other case that I was involved with was somebody called Lewis Brown, who was convicted for being outside. Not only was the wrong law used, but the wrong part of the law was used. Part of the law applying in Wales was applied to Brown when he was in Oxford. There were also two women who had driven to Preston docks to exercise, and they were fined. That was entirely unlawful – there was no legal prohibition on what they did.

spiked: Since the beginning of lockdown, laws have been confused – by the public and even police – with government guidance. Why is that so dangerous?

The figure was 18 per cent in the next review. But the CPS accepted that, despite the reduction, 18 per cent is still a very high figure. Behind those statistics is the stress and anxiety for the individuals concerned. The cases have continued to come through despite these findings, and the real concern from my perspective is for those cases that have no safeguards and cannot be reviewed. That is the case with fixed-penalty notices, where there is no appeals process. Without safeguards, there is a much higher likelihood that such fines are being issued wrongly. All people who face these fines can do is pay or take their chances in court, and if they lose in court they end up with a criminal conviction. I have been calling for a review by all police forces of the fixed-penalty notices that have been issued, but this proposal has been rejected.

spiked: Why do you think the law is being so routinely misapplied?

Brimelow: The government has to take a lot of responsibility. Guidance is very different to law, but what has been happening right from the early stages has been that the government has been saying what it thinks people should do, and that advice has been more strict than the law itself. As a result, police chiefs and even ministers have become confused as to what the content of the law is. There is often a lag of a few days between government guidance being announced and the introduction of laws, and police have acted according to what they had heard pronounced by ministers, rather than what was actually contained in the regulations.

The law has the power to criminalise people. Breaching guidance should not result in criminal prosecution. It would be really easy for the government to say what they think people should be doing, but make clear that the law itself is less strict. The law is the law, but mashing it together with guidance can have advantages for governments. It allows them to protect ministers who break the law themselves, letting them argue they have not broken the law, but just the rules.

spiked: You have said that the way lockdown was implemented and policed has damaged the rule of law. What do you mean by that?

Brimelow: The rule of law developed to protect the weak and vulnerable from the strong, and to treat people equally. That has been hard fought for. That equal application of the law cannot be dependent on positions of power. The rule of law is also there to prevent the government from acting illegally. The government cannot subject us to restrictions and punishments unless justified by law. The rule of law goes back centuries, and if you emasculate it or hack away important elements of it, what you end up doing is actually cutting away protections from the people who most need it, because generally those in power are guaranteed to have sufficient strength not to need to fall back on an equal system. And you can see this when you look around the world where the rule of law is completely compromised in terms of independence and equality. It places you on a road to tyranny.

spiked: The government has introduced new regulations – most recently on local lockdowns – with little to no parliamentary scrutiny. Why do you think there has been so little opposition to this?

Brimelow: The laws have come into force with less scrutiny than you would get for a new series on Netflix. It’s been quite stark. The government felt it had to act rapidly in the face of the virus, understandably. But there’s no justification for ongoing revision of law without it going through parliament. The reason why parliament is so important is it raises checks and balances. It allows arguments to be put forward against what is being done. It lets you ask if the laws are catching too many people, and ask what the justification for criminalising people is. I would have expected a rigorous debate on whether we really need the enforcement to include criminalisation, but it didn’t happen.

The political strategy of being a ‘critical friend’ of the government was understandable in the face of a serious virus. But at the same time, we have ended up with laws that actually are not even fulfilling the purpose of preventing the spread of the virus. In fact, it has moved from that core purpose, and laws are really being used as an exercise of power by police, who are not considering the health and safety aspect. I would not necessarily put all the blame on the officer on the street, as it can be very difficult to understand all these laws that are coming thick and fast. But when you have macho signalling from police chiefs, such as suggesting officers may inspect shopping trolleys to make sure all shopping is essential, you see a real lack of common sense, and a failure to acknowledge the fact we are a nation where the police are meant to operate by consent. This runs contrary to the fact that enforcement is meant to be a last resort.

Clarification: The interview has been amended to clarify that the powers in the Coronavirus Act relate to potentially infectious people.