‘What are you in for? Mingling…’ 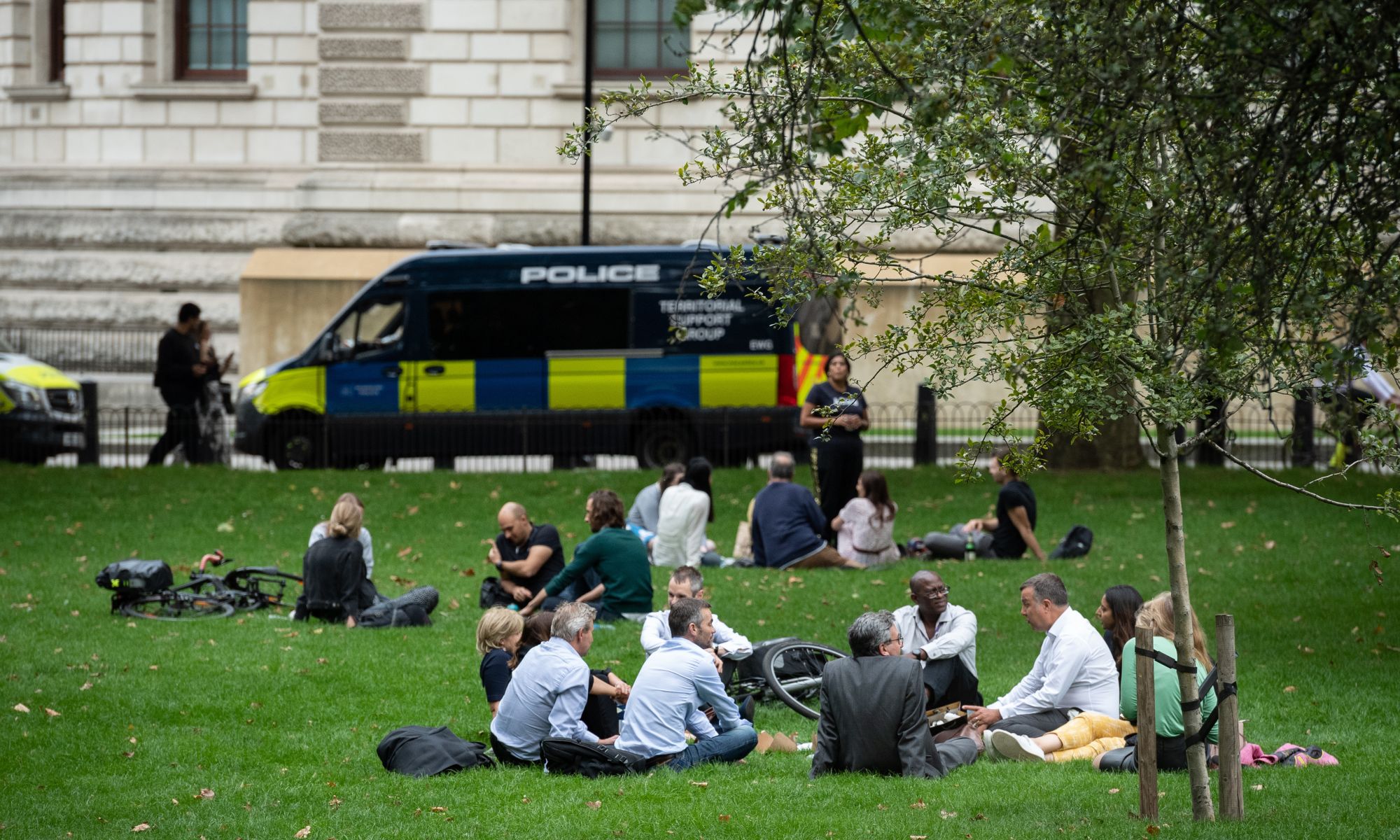 The ‘rule of six’ came into force on Monday. As part of the new Covid regulations, the government has banned… mingling. Yes, you read that correctly.

#Coronavirus restrictions outlaw 'mingling' – but what does it mean? https://t.co/PTaOTtRWAz

Brits are now banned from ‘mingling’ with anyone outside their group of six when out and about. This rule applies to people attending events organised by businesses, charities and public authorities – that is, most public events.

It is far from clear, however, what the definition of ‘mingling’ is. This has prompted some to wonder whether having a conversation in the street or the park could now be illegal.

Home secretary Priti Patel was asked that question on BBC Radio 4’s Today programme. She said that groups of people stopping to talk to each other in the street would indeed be in breach of the new restrictions, if the total number of people involved exceeded six.

On @BBCr4today @pritipatel was asked if a family of 4 stoping and chatting with another family of 4 on the way to the park was "mingling" which was banned.

She suggested it was – people listening will think 'mingling' on the way to the park is banned.

This is *wrong* [thread]

Patel is actually wrong about the new rules. But this does not simply demonstrate her incompetence. The fact that even the home secretary does not understand the regulations shows how contradictory, confusing and illogical they have become.

How have we got to a situation where, with deaths from Covid nearly non-existent, we are arguing over what kinds of mingling should be illegal? The government has totally lost the plot.