Decolonising the museum, shaming the public 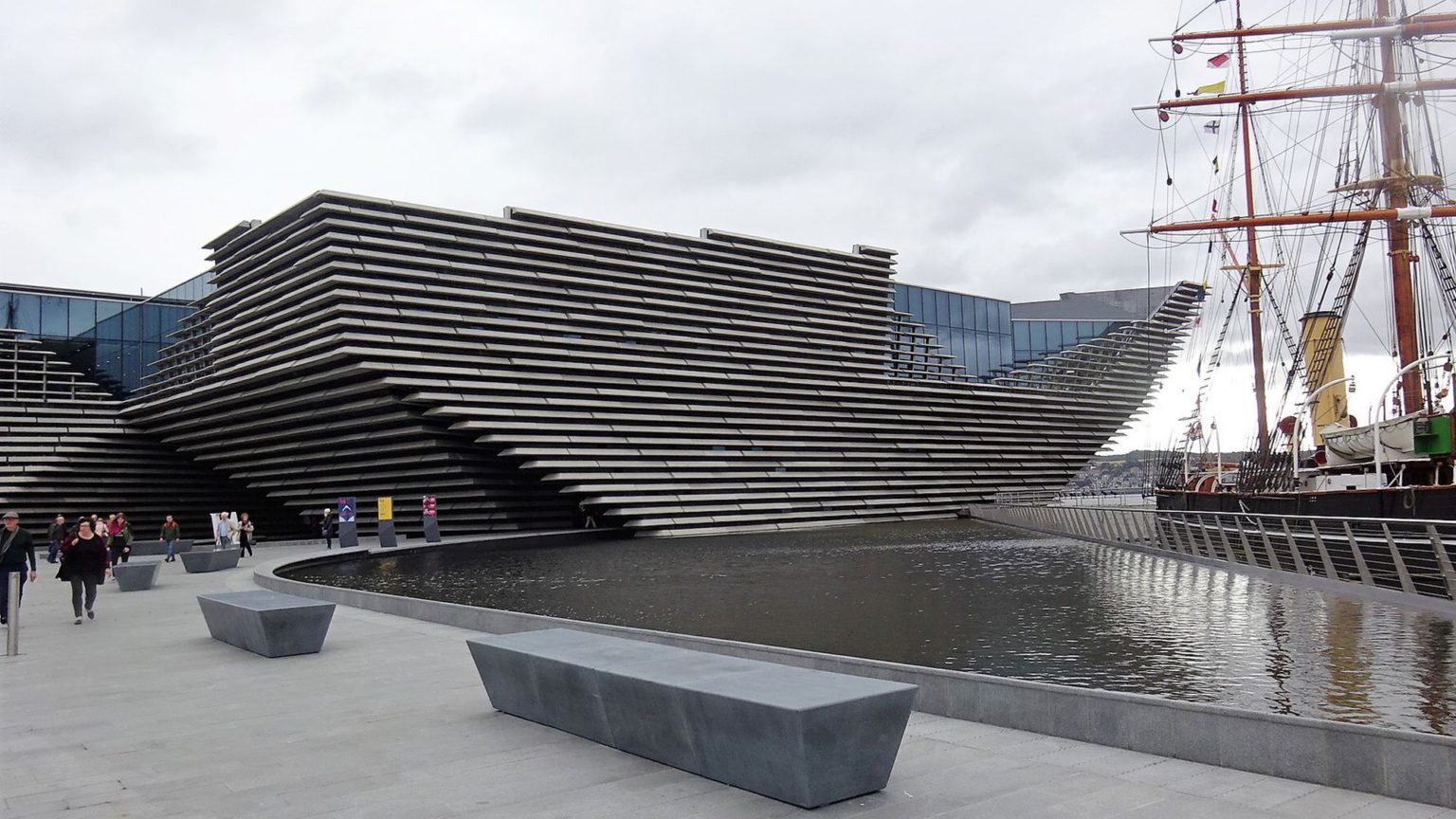 Dundee, in eastern Scotland, is currently being marketed as ‘the City of Discovery’. Unlike most city rebrands, this one manages to connect Dundee’s present to its once dominant industrial past, forged in shipbuilding and textiles at the turn of the 20th century.

Like many cities in the UK, Dundee had been searching for a way out of terminal industrial decline for over four decades. In the noughties, Dundee’s tourist board, so lacking in imagination, even tried to sell Dundee as ‘Scotland’s sunniest city’. Now, having been born and part-raised in Glasgow, I love Scotland as much as the next person. But even though I am biased, Scotland’s sunniest city? With an average temperature of 19 degrees celsius in July and August, the poem ‘King of the dung heap’ springs to mind.

That said, in 2018 the sun did seem to shine on the Tay, when V&A Dundee opened its doors to an expectant public. A genuine cultural highpoint, V&A Dundee was built as part of a billion-pound regeneration project to reconnect Dundee’s long-dormant docks on the river Tay to the city centre. According to local politicians and city planners, the project will be a catalyst for social and economic growth. At last, something concrete for Dundonians to get excited about.

Designed by Japanese ‘starchitect’ Kengo Kuma, V&A Dundee’s architecture is arguably its main attraction. It is an imposing design, a ship-like abstraction of precast concrete panels of differing sizes, which project innumerable, refracted shadows throughout the day. It is ‘berthed’ side-by-side with RSS Discovery – the first ship built solely for the purposes of scientific research.

As the city’s branding suggests, the Discovery is an important part of the city’s shipbuilding history. It was launched in 1901 and set out on what would become the successful ‘Discovery Expedition’, led by Robert Falcon Scott and Ernest Shackleton.

But Kuma’s V&A Dundee dwarfs its illustrious neighbour. In terms of scale, Discovery looks more like a tug-boat straining to pull the vast V&A astern. It is an apt if chilling metaphor for the increasing dominance of the cultural sector over industry, and, perhaps more pointedly, for an ideologically driven cultural elite over the public.

Indeed, V&A Dundee’s brief period as a source of local and civic pride is now threatened by precisely this cultural elite. That’s because, after five months of lockdown, V&A Dundee has announced that it is to recognise the extent to which Scottish history and design history ‘are underpinned by the exploitation of enslaved and colonised people around the world’. To this end, the project of decolonising V&A Dundee’s artifacts has begun in earnest.

And so, rather than offer visitors a vision of Dundee’s past achievements, they will be welcomed by the news that the residents of this proud city are merely the beneficiaries of slavery, imperial plunder and white privilege.

Such an approach does seem to have missed the point of a museum. A museum can, at its best, capture decisive historical moments in the form of even everyday objects. And it can inspire a sense of wonder and pride in the human spirit and its creative capacity. But in the decolonised museum the artifacts, and the captions that frame them, are exhibited for another purpose: to shame the audience.

Admittedly, the ‘updated’, decolonised captions at V&A Dundee are pretty banal. The caption for a fine linen napkin from 1762 used to read: ‘Linen weaving became one of Scotland’s main industries after 1707, and Edinburgh and Dunfermline “became two major centres for the weaving of fine linen damask goods”.’ Now it reads: ‘Scotland mostly produced coarse linen for export, 90 per cent of which was sold to plantations in the Americas for clothing enslaved people.’

Still, it is a marked shift. V&A Dundee is now urging the viewer to temper his or her wonder at past achievements. It is recasting innovative, enduring and beautiful objects as mere signifiers of a despicable and morally reprehensible past. This is the museum as a form of cultural-elite propaganda. It no longer connects us to the past. Instead, it expresses contempt for it, with British history reduced to one set of racial abuses after another.

V&A Dundee is merely the first museum to commit itself to decolonising its exhibits. Other art and design museums in the UK look set to follow suit. According to a report in the Guardian, the V&A in London has already ‘re-evaluated its work and collections in parallel with the Black Lives Matter movement and a sector-wide reappraisal of how European museums built their collections after colonising, exploiting or subjugating other countries during the colonial era’. Elsewhere, Duncan Dornan, head of museums at Glasgow Life, has hired a new curator to lead its work on decolonisation, and Glasgow Riverside Transport Museum is set to include a new installation that ‘exposes’ Glaswegian shipbuilders’ role in the sale of ships to the slavery-supporting Confederate army during the American Civil War.

V&A Dundee may be tucked away in the north east of Scotland, but it is now part of the broader nationwide, elitist decolonisation project. As has been documented on spiked, the same process is well under way in UK universities, schools and libraries, among other cultural institutions.

Decolonisation could well ruin our museums. Instead of judging art and artifacts on their own merits, the decolonisers want to use them for political and ideological ends. In its instrumentalism and its contempt for the public, the decolonisation project reveals its sheer philistinism. It is a threat to public and cultural life.

Picture by: Rosser1954, published under a creative-commons license.