Sasha White and the woke war on feminists

A literary agent has been fired for criticising gender-neutral pronouns. 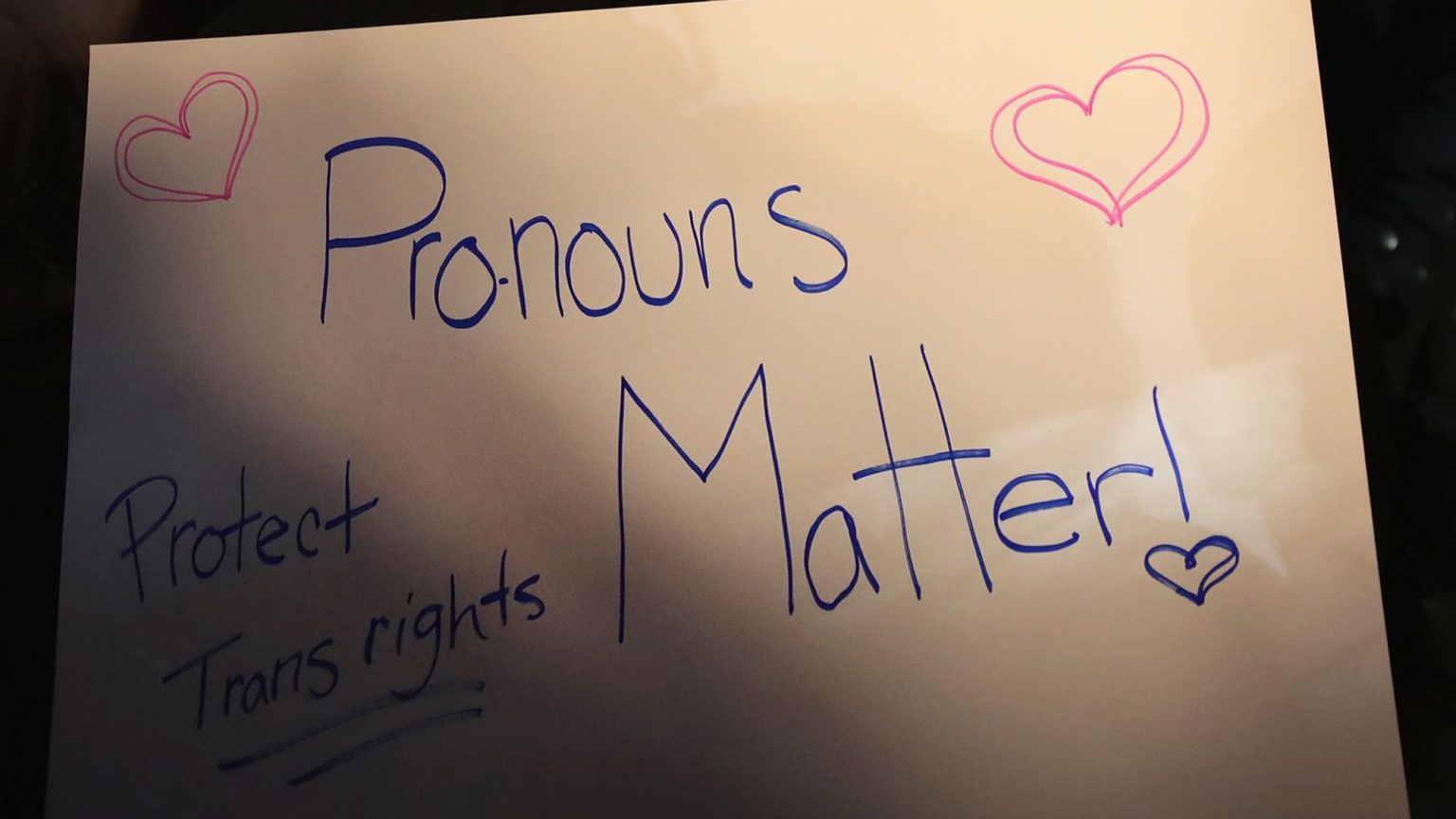 Imagine the horror of having a literary agent who might not want to use your preferred pronouns. To raise awareness of this burning issue, on 24 August, a ‘genderfluid’ writer called Madeline Pine organised a Twitter campaign with other gender-soggy activists to target literary assistant Sasha White. Pine tweeted: ‘My pronouns are they / them… Sasha White is a publishing agent who doesn’t believe in honouring my pronouns.’ Hundreds of social-justice warriors joined in, apparently feeling quite justified in publicly hounding a woman for doing nothing more than holding an unpopular point of view.

Earlier this week, Sasha White was still an employee at the Tobias Literary Agency (TLA). She was tweeting in a personal capacity from her own account @iamGrushenka, while she used @SashaSemonovna for more professional tweets. Along with expressions of support for disgraced author JK Rowling, White posted as @iamGrushenka: ‘The reason I think pronouns suck is because thinking of people as “they / them” and pretending they’re not male or female is like colour / race blindness for gender. It won’t help sexism or toxic masculinity. Men and women have unique and distinct experiences…’

Her observation is valid: the 23million female fetuses aborted due to the cultural preference for boys in India and China will not be able to identify out of their fate; the women imprisoned in Iran for protesting against forced veiling can’t declare themselves men and claim their freedom; and the victims of grooming gangs in Rochdale wouldn’t have been saved by declaring themselves ‘genderfluid’.

It is true that identity politics has become an all-consuming monster. Nonetheless, as with race and class, the sex you are born into does change how you experience life and it is important that language allows us to articulate these differences. That a minority of self-pitying, privileged brats demand the use of ‘they / them’ pronouns does nothing to alter the material reality of social inequality.

The fact that White’s comment was reasonable, evidenced-based and expressed as a personal opinion offered her no protection. Within an hour, TLA had issued a statement decrying her views as ‘anti-trans’. In the same afternoon, following trial by social media, White tweeted to announce: ‘It’s true: I was fired last night for my feminist stance. The Twitter mob came for me and my employer immediately terminated me.’

Like many literary agencies, TLA is a bastion of the woke. It boasts a ‘Black Lives Matter’ slogan emblazoned across its website. Following the firing of White, TLA made a donation to support ‘gender-affirming surgery for black trans people’, though it does not list any black senior members of staff on its website. (Interestingly, despite apparently believing biological sex an irrelevance, TLA president Lane Haymont has a specialist interest in representing clients who write ‘women’s fiction’.) Responding to similar complaints in the UK, the publisher of JK Rowling, Hachette, has recently promised to make a £10,000 donation to Stonewall and announced a partnership with trans organisation ‘All About Trans’ in an attempt to ‘show support for trans people similar to its response to the Black Lives Matter movement’.

In correspondence with journalist Jesse Singal, TLA president Lane Haymont explained that White had been sacked as ‘she did not specify her views were her own in her Twitter bio’. Herein lies a complicating factor – social media have collapsed the boundary between personal and professional. Employers increasingly seek to censor expression by their employees and it seems no one is quite sure whether Twitter is Speaker’s Corner or LinkedIn.

The act of public shaming online is the equivalent of being put in the stocks – it sends out a powerful social warning to those with heterodox opinions. It seems today, the parameters of what is ‘acceptable’ have been set by a baying mob of online bullies, and with each cry of ‘offence’, the space for free expression contracts. There are very few with the resources or mental fortitude to stand firm against such relentless pressure – JK Rowling is a notable exception on both counts.

Each time an employer caves and offers up an outspoken employee as a sacrifice, the mob becomes more intoxicated by its power, more convinced that it is ‘fighting the good fight’. The wokerati are impossible to appease. Each concession is heralded as a victory and taken as proof of rectitude. Those who might privately agree with the mob’s targets become scared to speak out or even to ‘like’ a potentially offensive tweet. It was, after all, the ‘liking’ of a tweet that first led to the monstering of JK Rowling – in 2018 she was forced to excuse her now well-known opinion on trans issues as a ‘middle-aged moment’.

Ultimately, whether disclaimers are used or not, the principle that an employee can be fired for expressing a sincerely held opinion is deeply concerning. Whether one agrees with White’s or indeed my own feminist beliefs, that complaints by a small but vocal band can lead to public dismissal of an employee is illustrative of a striking power imbalance. Until employers grow some ovaries and stand up for their staff, the sackings and shamings will continue.