A man was attacked in my neighbourhood for not wearing a mask – outside. 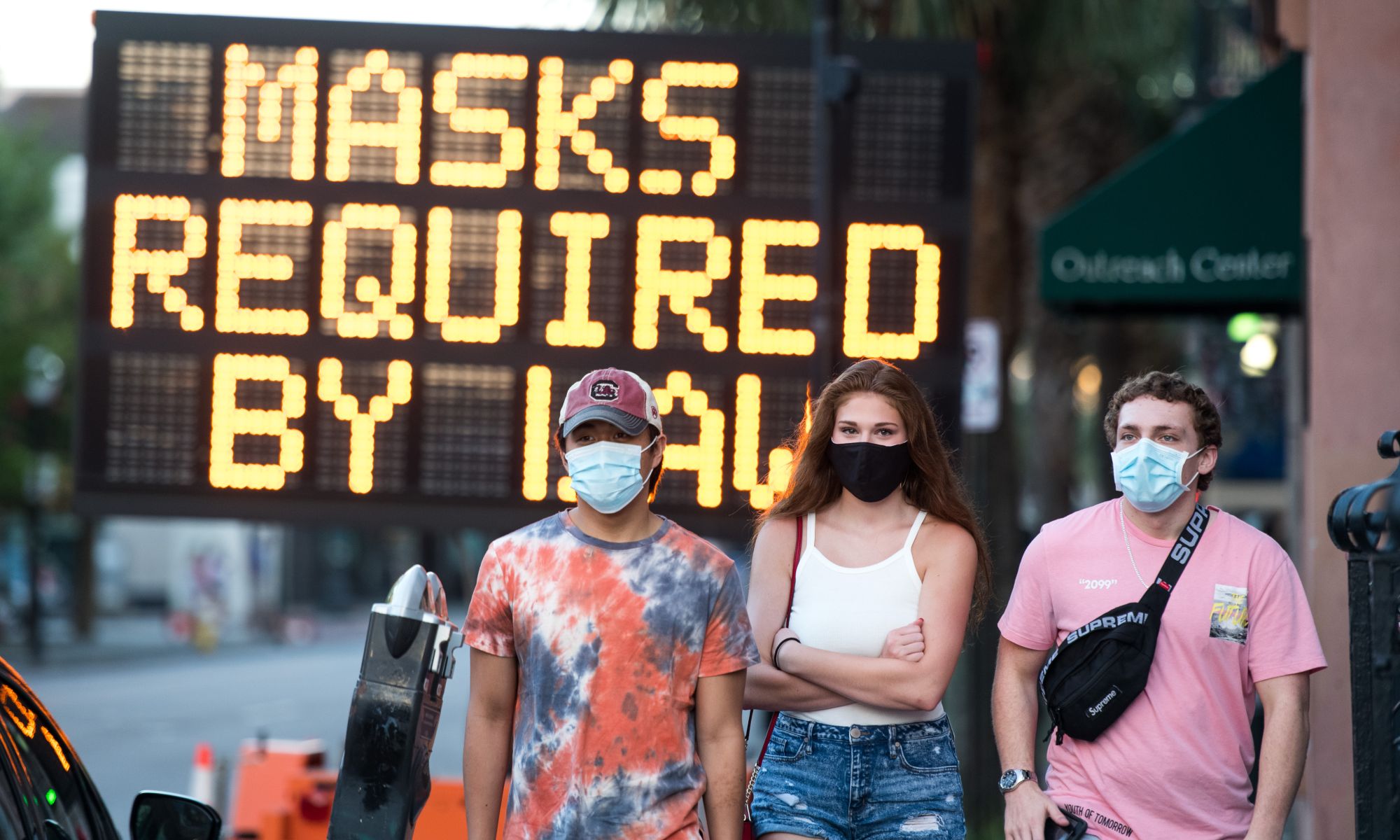 My wife gave birth to our son at the height of the Covid-19 pandemic. That was March of 2020. We were living in New York City, the epicentre of it, quarantined away from family and friends. I was a new father, spending way too much time online, trying to discern fact from fiction, good-faith arguments from political posturing, and trying to navigate the masks vs no masks debate.

I was very paranoid.

I washed my hands countless times a day. But how could I know for sure if they were really clean?

The virus could be anywhere – on any surface! In anyone! Every time I went to the supermarket I felt like I was embarking on a suicide mission, or worse – a murder / suicide of myself, my wife, and our newborn.

The stress took its toll on me during what should have been the amazing first months of fatherhood. I’m fortunate to have broken free from it, for the most part. I still worry about my parents, who are at a higher risk of serious symptoms from the novel coronavirus. But anyone who wants to live as full and productive a life as possible needs to do their own risk-assessment – if not for their own good, then at least for their child’s.

That’s why it is so important to find out where the science ends and the paranoia begins. I’m afraid too many people just aren’t there yet.

Every day, new videos are posted of ‘maskholes’ – people who refuse to wear masks in public. The ones I’ve watched are always recorded on smartphones and usually take place in big-box stores in the United States. You don’t need that much footage to publicly shame someone – especially if they’re having a meltdown on camera. And in these times of Covid, even just a few seconds of a bare face will do.

As much as I get a kick out of my fellow Americans who believe it’s their constitutional right to enter a private establishment without a face-covering – even if store policy demands they wear one – I have yet to meet such a patriot in real life.

After all, I live in a bougie Brooklyn neighbourhood. Even the kids wear surgical masks. So, all the maskholes I’ve encountered have been wearing masks. That’s right, you can wear a mask and still be an asshole. (I actually think this version of the slur makes more sense. If you’re not wearing a mask, shouldn’t you be called a ‘NOmaskhole’?)

I wear a mask when entering or leaving the building where I live. I wear one inside stores and restaurants. (In New York City outdoor dining is back, so once I’m seated at a table the mask comes off.) And, if I happen to be passing someone on the street, and they’re wearing a mask, I’ll be courteous and put mine on too.

Sure, my decision is not always based in science. But I try.

According to Dr Amesh A Adalja, a senior scholar at Johns Hopkins Center for Health Security, masks should be worn in situations where you are unable to social distance – that is, if you are going to be within six feet of others, particularly indoors or in crowds, and that close contact is going to last between 10 to 15 minutes.

The virus is not spread through ‘fleeting contact’, like going for a walk or a jog – or encountering a maskhole outdoors. And that’s something to be thankful for.

I wasn’t wearing a mask the night I heard a fight happening outside our apartment building and ran downstairs to make sure our doorman was okay. I hardly had time to put on my shorts, let alone a mask, before I got down there to find out that a maskhole who lived in the building had attacked another resident for the crime of… not wearing a mask… outside the building, in the street, in the bike lane, while on a bicycle.

That maskhole has gone on to deputise himself, patrolling our building and the neighborhood for other violators. I don’t think he has children – but paranoia has given him this baby. (And it’s led to at least one police report filed against him.)

Over the weekend, a masked individual attempted to shame me for walking around with my wife and our baby, mouths and noses exposed. To be fair: it can be a struggle to remain courteous in an increasingly uncourteous world… And I did call the unidentified M-hole an A-hole. To which they responded by calling me ‘Brad’ – which I didn’t know was an insult.

So, what should have been, at worse, ‘fleeting contact’, turned into one of those scenes that could have gone viral – had either one of us been quick enough to record it on our phone.

I’m happy that didn’t happen. The mask is a tool that has unfortunately become a symbol. What that symbol means depends on the maskhole. I’m either ‘Brad the Patriot’ or ‘Brad the Murderer’. ‘Brad, Whose Real Name is Actually Luis, Wears His Mask When It’s Reasonable to Do So’ – that’s just too much work.

Covid-19 might not be going away any time soon, but that doesn’t mean maskholes should stick around until it does.