‘The lockdown has caused a humanitarian tragedy’

Barrister Francis Hoar explains why the lockdown may have been unlawful. 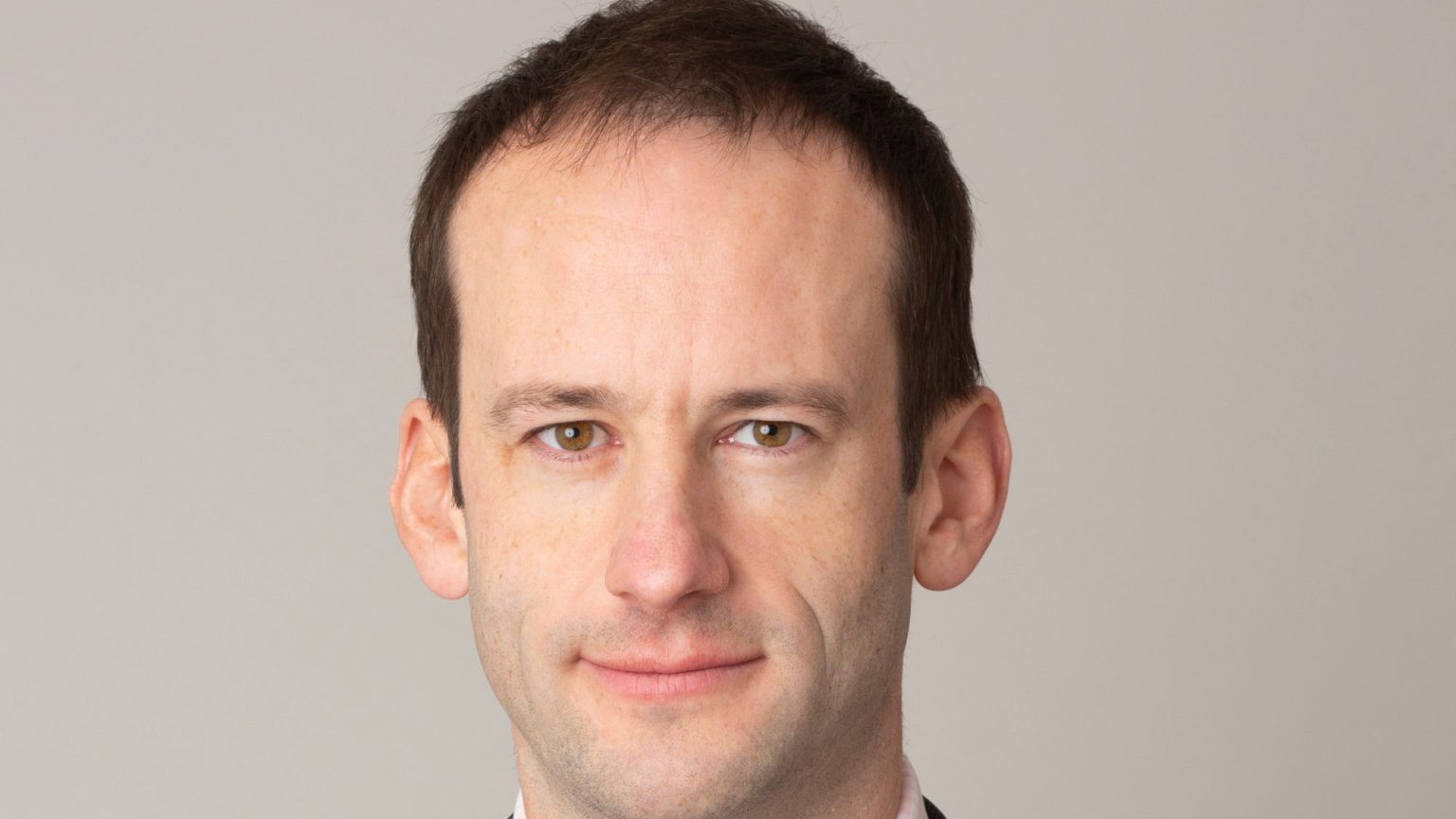 The lockdown was one of the most restrictive measures ever introduced since Britain became a democracy. It was originally justified on the basis of ‘flattening the curve’ to protect the NHS. But since this was achieved some time ago, new reasons are always produced to keep us at home or prevent people from carrying out normal activities. Many of our legal rights are being infringed as a result. A legal challenge to the lockdown was launched by businessman Simon Dolan, who sought a judicial review of the government’s policies. Francis Hoar is a barrister who worked on his team. spiked caught up with him to ask why he thinks the lockdown was unlawful, and what damage he feels it has done.

spiked: In what ways was the lockdown unlawful?

Francis Hoar: It was arguably unlawful for three reasons. Firstly, the measures were not within the parameters of the 1984 Public Health Act. That act does not grant powers to lock down the country, impose restrictions on when people can leave their houses, go to church, meet others or protest. Secondly, the secretary of state for health, Matt Hancock, had ‘fettered his discretion’ in relation to how long the measures would last – that is to say, he provided five tests which had to be complied with, all of which related to the virus, before the regulations could be changed. This was unlawful because it prevented him from looking at all factors when making his decision.

Finally, the measures were arguably disproportionate breaches of rights protected in the European Convention on Human Rights (ECHR), including Article Five, the right to liberty (impacted by regulations about when people could leave the house); Article Eight, the right to family and private lives; Article Nine, freedom of religious belief and expression; Article 11, the right to freedom of assembly and association; and Article Two, which relates to the right to education – impacted by the closure of schools.

spiked: In what ways were the measures disproportionate?

Hoar: Part of the question about proportionality relates to the number of Covid-19 deaths. Public Health England has admitted that many people listed as having died of coronavirus may actually have died due to something else. We know that the efficacy of testing is dubious. In the last few days an academic paper has been published which suggests that the virus can stay within the body for 10 weeks after a person is infectious – if somebody is tested for the virus now and tests positive, they could have had it at any point in the last 10 weeks. That is obviously significant, because the tests that are done today, and the case numbers that were used by the government to justify introducing severe restrictions on the people of Leicester for example, are affected by numbers that may include those who had the virus 10 weeks ago. It’s quite possible that large numbers of these individuals who tested positive do not have the virus or at least are not infectious with the virus, and so do not represent new cases. That’s a very concerning part of the political process, because those figures are used to calculate the R number (the rate of increase in the virus), which the government bases its measures on. If there’s so much inaccuracy, we have to ask if measures like those in Leicester are justified.

We also know that deaths peaked on 8 April. Chris Whitty admitted in evidence given to the House of Commons health committee that it was possible that the lockdown had had no effect on the R number going below one – the point at which infections decrease rather than increase. The average time from infection to death is approximately 23 days. This suggests that the R rate went below one around 16 March, which was well before the lockdown was introduced, and well before schools were closed. It was on that day that the famous Imperial College modelling was published and released to the public by the prime minister.

We have also known since late mid-April that hospital capacity wasn’t going to be overwhelmed. The only justification for the lockdown originally given, before those five tests the secretary of state introduced, was to prevent the NHS from being overwhelmed. Once it was realised that these measures were not necessary to prevent the NHS being overwhelmed, there remained no justification for the lockdown on the original terms on which it was enacted. Since April, the government has been producing new reasons to justify their policies. Whether or not there is a problem with it legally, it does not provide sufficient justification for those policies when we know the enormous harms they have caused.

These harms were known to the government from an early stage. A government paper produced in April was recently published in the Telegraph, which forecast 200,000 deaths as a result of the closure of NHS facilities and the conditions of the lockdown. There is evidence to suggest the lockdown did not save many lives – in particular, research done at Bristol University and the remarkably similar trajectory Sweden had to the UK despite not having a strict lockdown are examples. We are therefore talking about a situation where vastly more lives were lost than saved. The lockdown has caused a humanitarian tragedy. And that is before we even think about the effects on education, on freedoms and on the economy.

spiked: Has it been harmful in a democratic sense, too?

Hoar: Irrespective of the lawfulness of its use of the 1984 Act, what is notable is that the government has used what’s called the Emergency Procedure under that act to introduce every piece of legislation that has restricted people’s movements, economic activity and so on. These have typically been introduced to parliament one working day before they came into force. None of them received any scrutiny by parliament before they were enacted. None of them were debated in detail in the media before they were passed – they could not be, because they were not published until a few hours beforehand. What scrutiny there has been came weeks later, often since there have been subsequent amendments to those regulations. The first time that parliament debated these changes was in late April, and that was around six weeks after they had been introduced. The Emergency Procedure allows for the regulations to be imposed four weeks before they are debated, but that is not four ordinary weeks – it is four weeks when the Houses of Parliament are sitting. They were not sitting in late March and April. Consequently, there was no obligation to put the measures before parliament and have any scrutiny for many, many weeks and potentially indefinitely. That’s a very real democratic concern.

Another democratic concern is that the opposition, whose duty it is to provide scrutiny for government measures, has failed to oppose the government’s use of the emergency legislation, at least for the first two months. There was no opposition to the principle of the restrictions. Indeed, the only opposition one heard from Labour and Liberal Democrats was calling for tougher restrictions, earlier restrictions and longer-lasting restrictions. There was almost no opposition on the Conservative benches. There are one or two honourable exceptions to that, including Steve Baker MP, but apart from that, almost none.

That is particularly significant because we were in a process where the government had very considerable control over the news stories. It introduced daily press conferences at peak times, knowing that the broadcast media was likely to broadcast them live. The broadcast media then were dominated by these press conferences, which were played out to a public that was prevented from leaving home by the government, and so watched these conferences in enormous numbers. Those press conferences provided nothing but a fear narrative that was focused uniquely on the virus and provided one news story. The media did the government’s bidding by following that narrative entirely, failing to consider alternative scientific perspectives, failing to consider other elements that are affected by these measures that are not the virus – that is to say the economy, public health in general, suicides, cancer patients, and cancelled important operations.

We know from the SAGE minutes, which were only produced after they had been requested in Simon Dolan’s legal challenge, that there was a specific intention to increase fear, to increase the perception of fear among people who were considered not to have had Covid yet, and to make people afraid not only for other people but for themselves.

spiked: How much opposition to the lockdown has there been from within the legal profession?

Hoar: There have been a number of barristers who have criticised the procedure by which legislation has been produced – the lack of democratic scrutiny and other elements. But it is right to say that there have been extremely few lawyers who have criticised the impact of these regulations on principle. And that is surprising because they are such obvious and incredibly serious depravations of very important and serious rights.

The response is that Article Two of the ECHR protects the right to life, and that justifies lockdown. Some lawyers no doubt agree with that. But the traditional understanding of Article Two is that it obliges the government to inform individuals of risks to their life, to protect against risks caused by government actions and to provide adequate investigation and redress against loss of life caused by the state. There isn’t any case law to suggest that the government has positive obligations to withdraw rights when there is a natural event such as a virus. In contrast, most of the rights protected by the ECHR have a venerable history in English law. All these very ancient rights have been removed by executive fiat under an act of parliament, without the need for parliamentary scrutiny.