The trouble with Normal People

The BBC’s adaptation of Sally Rooney’s novel was suicidally boring. 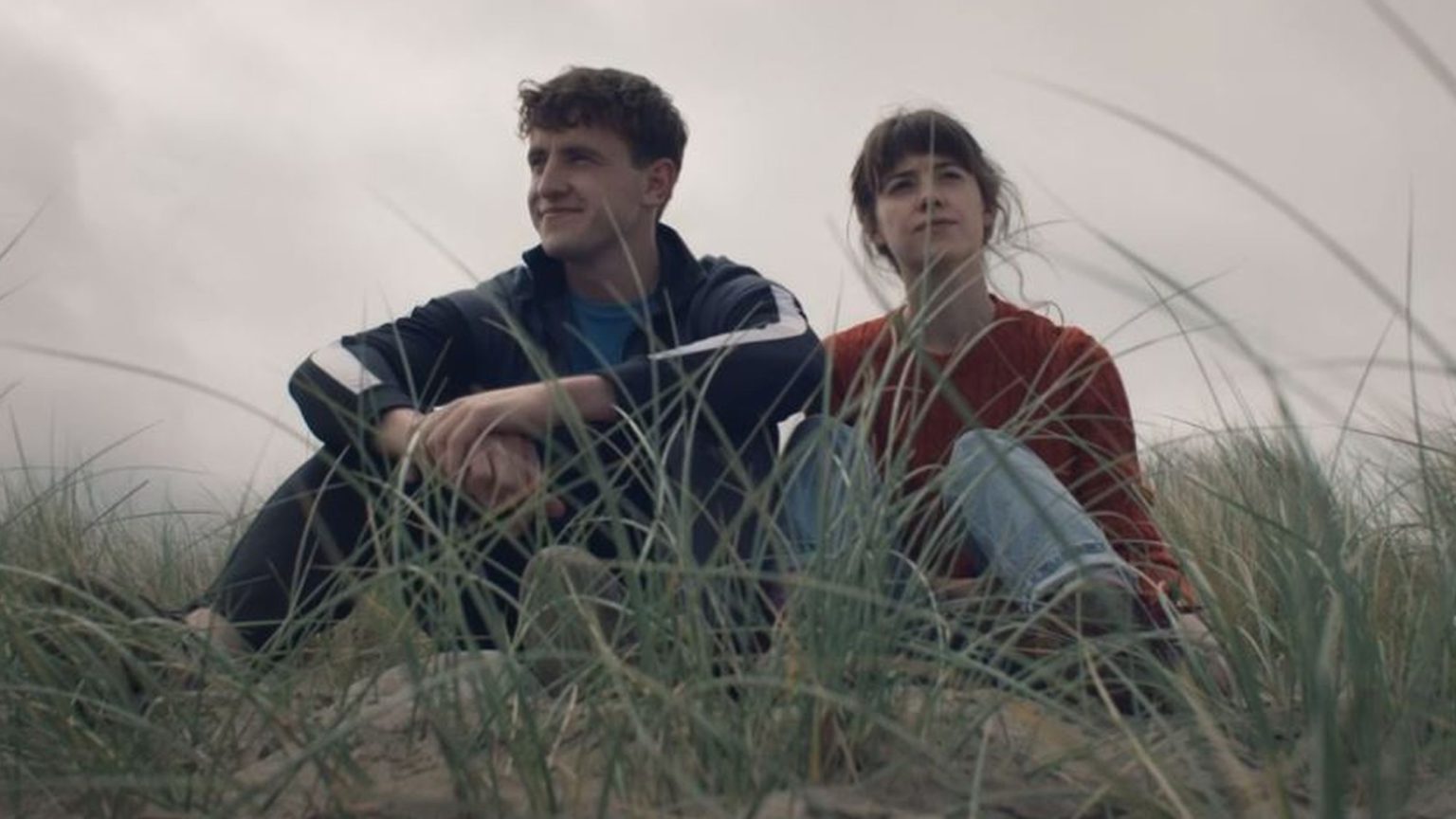 Stay At Home. Save Lives. Watch Normal People. That was the advice. Six weeks later, still struggling to sleep and staring at the ceiling, time’s up. I have to call out the assault on my eyeballs.

Did anyone else make it through the six-hour ordeal of Normal People, the BBC’s dramatisation of Sally Rooney’s novel? I almost died, it was so suicidally boring. Every time I started passing out, I’d be slapped with the latest consensual-sex message. (ALL THE SEX YOU EVER HAD WAS RAPE, YOU IGNORANT SLUT.) The BBC will tell you I was asking for it – at a time when the public-health advice read: ‘You are your safest sex partner. Masturbation will not spread Covid-19, especially if you wash your hands with soap and water for at least 20 seconds before and after…’ And it’s true I downloaded it. But were we supposed to get off on 17-year-olds fucking? When Pizza Express was closed and Prince Andrew denied his favourite outlet…

‘You know what is my fear?’, Slavoj Zizek demanded in 2012. ‘This postmodern, permissive, pragmatic etiquette towards sex. It’s horrible… I like this idea of sex as part of love, you know: “I’m ready to sell my mother into slavery just to fuck you forever.”’

The sex in Normal People is used to punctuate the tale of two millennials so self-obsessed they’re pathologically incapable of staying together. But this didactic drama made it clear: in the age of #MeToo we should all be afraid to touch each other. You might have thought the best thing about sex in the 21st century was religion having been kicked out of the bedroom. But identity politics just jemmied the window and set up a webcam.

Let’s say, for the sake of argument, you are a male, standing in front of a female who is asking you to have sex with her.

Women are oppressed by a patriarchy of penises. Yes, her nipples are more erect than your cock will ever be. This does not make it okay.

The dictionary definition of ‘foreplay’ is as outdated as ‘woman’. It should read ‘once consent is verbally established, discuss birth-control methodology’.

Teenaged males are the best sex partners because they’ll oppress you for 60 seconds or less. Adult males should take heed, and seek permission to check it’s still all right, should they last any longer than this.

Beware! Females may muster some semblance of sexual agency when drunk. If so, channel your inner Napoleon. Declare: ‘Not tonight, Marianne.’ Stride off into the night.

Seek consent for absolutely everything. For instance, the climactic love scene between Marianne and Connell, Normal People’s millennial lovers, begins:

‘I want this so much, she says.

‘It’s really nice to hear you say that. I’m going to switch the TV off, if that’s okay.

‘She gets on to the bed while he switches off the television.’

It ends with her asking:

This is the point at which the sex ceases to be dishwater dull and becomes downright derogatory to men. Connell refuses. This mortifies Marianne, so she rushes home to the brother who’s been written into the plot to throw a beer bottle at her and break her nose, so Connell can threaten to kill him and prove himself the cis male of our fervid fantasies. Connell is the exception that proves the rule as regards men hitting women. This is because – in the Victim Olympics – the hot, rich, white, middle-class, millennial female whose family hates her for no discernible reason must win gold.

In the brave new universe of ‘I Believe Her’, any man a woman accuses of anything is automatically guilty, obviously. But I can’t quite understand why director Lenny Abrahamson has made the only man to abuse Marianne to the point of bruising her all over a black man. Perhaps it is empowering for black actors to provide visuals to racist tropes anyone who was taught To Kill A Mockingbird at school would recognise and which caused actual black men to be lynched and sent to the electric chair. As it is, no one seems the slightest bit shocked – probably because Normal People is the whitest cultural product since Girls, in which a black man was also added in for sex purposes. In the book, Marianne’s abuser is white to the very roots of his hair. Which makes sense. Considering this bit is set in Sweden. There are no black people in Normal People, nor any working-class people.

The New Yorker tells us that Sally Rooney is a Marxist. Like Owen Jones, she makes political points by fetishising her cleaner. Connell is a Corbyn voter’s wet dream. He addresses his Marigold-clad cleaner mother ‘Lorraine’ throughout. It must have been an imaginative leap too far to have him address the hired help (Lorraine is hired as a cleaner by Marianne’s family) as ‘Mam’. Connell and Lorraine are indistinguishable from bohemians. Connell takes a dim view of his high-school compadres, uses the word ‘vulgar’, and vomits after sleeping with a woman who has a vocational degree.

The economics of the situation make no sense, never mind the psychology. Halfway through the novel, Connell realises that:

Normal People is supposedly infused with the spirit of The Communist Manifesto much like a craft gin. Yet when Marianne declares, ‘May the revolution be swift and brutal’, Connell does not respond ‘And your bourgeois bonce will be first on the block’. Even though he’s a genius who aced history.

Rooney is much praised for her searing analysis of power dynamics – aka popularity contests in educational institutions. At school, Marianne goes around sneering at her schoolmates, so Connell does not invite her to the end of year deb(utante!)s dance. This is heartless and unforgivable and she never gets over his betrayal. Even though – at Trinity College, Dublin – she is instantly appointed head girl on the cool table.

Is this literature… or fan fiction Sally Rooney has written about herself? The author, too, hated her (all girl’s) school (in the grounds of Lord Lucan’s Irish estate) and fired off her first novel, Conversations With Friends, while composing a masters thesis on ‘Captain America and Post-911 Politics’. She is now the most popular girl in the whole world of books, while Daisy Edgar-Jones (Marianne) method-acts with the help of a fringe.

Normal People is currently being compared to the great 19th-century novels. The heroines of Eliot and Bronte are nothing like Rooney’s. Jane Eyre has guts. Marianne gives herself an eating disorder. We need authors to tell us truths in the blizzard of reality. Two hundred years on, you can read an Austen novel and find capital calibrated exactly. Everyone knows Darcy’s worth ten thousand a year. Rooney’s heroines think it’s immoral to earn more than 16 grand.

Normal People was listed on GQ’s ‘30 Fail-Safe Gifts for Her’ and is loved by everyone you ever met who Patrick Bateman would want to kill. American Psycho satirised yuppie culture; Normal People takes its selfie. This is not a book for plebs, so no one has noticed Connell is a less convincing working-class person than Caitlin Moran.

The facts of our society are actually these: if you’re born poor you’re likely to die poor. Most state schools don’t send a single student to Oxbridge. As George Orwell observed, it remains ‘a mere accident of birth that decides whether a gifted child shall or shall not get the education it deserves’. It suits the professional managerial class (PMC) to perpetuate the idea that privilege has nothing to do with class and everything to do with immutable characteristics. If the PMC co-opts enough POCs to ‘represent’ everyone BAME, maybe, just maybe, the underprivileged won’t come together and overthrow them.

We were very near to a point of less prejudice – before woke sauntered in. Similarly, we were approaching a status quo of sex being your own business – no matter how you wanted it or who you did it with – before the ‘privilege’ narrative was made flesh.

At the risk of sounding like the Jordan Peterson of sex, if young men are taught that they must behave like nervous boys in bed, heterosexuals are in trouble. And if it did not seem – suddenly – like something that has to be stated, as a straight woman I would not confess that being picked up, thrown down and ravished is more sublime to me than sunsets.

After five-and-a-half hours of Normal People, we’re finally treated to a glimpse of the hero’s dick, and by then it’s so limp that the best I could think to do with it is take a rolling pin out, wrap it around a cocktail sausage and bake it in the oven for half an hour.

But even that’s no good if you’re vegan.

Emily Hill is author of the short-story collection Bad Romance, published by Unbound.

Watch the trailer for Normal People: