Civil-rights leaders were too busy making history to worry about bridge names and statues. 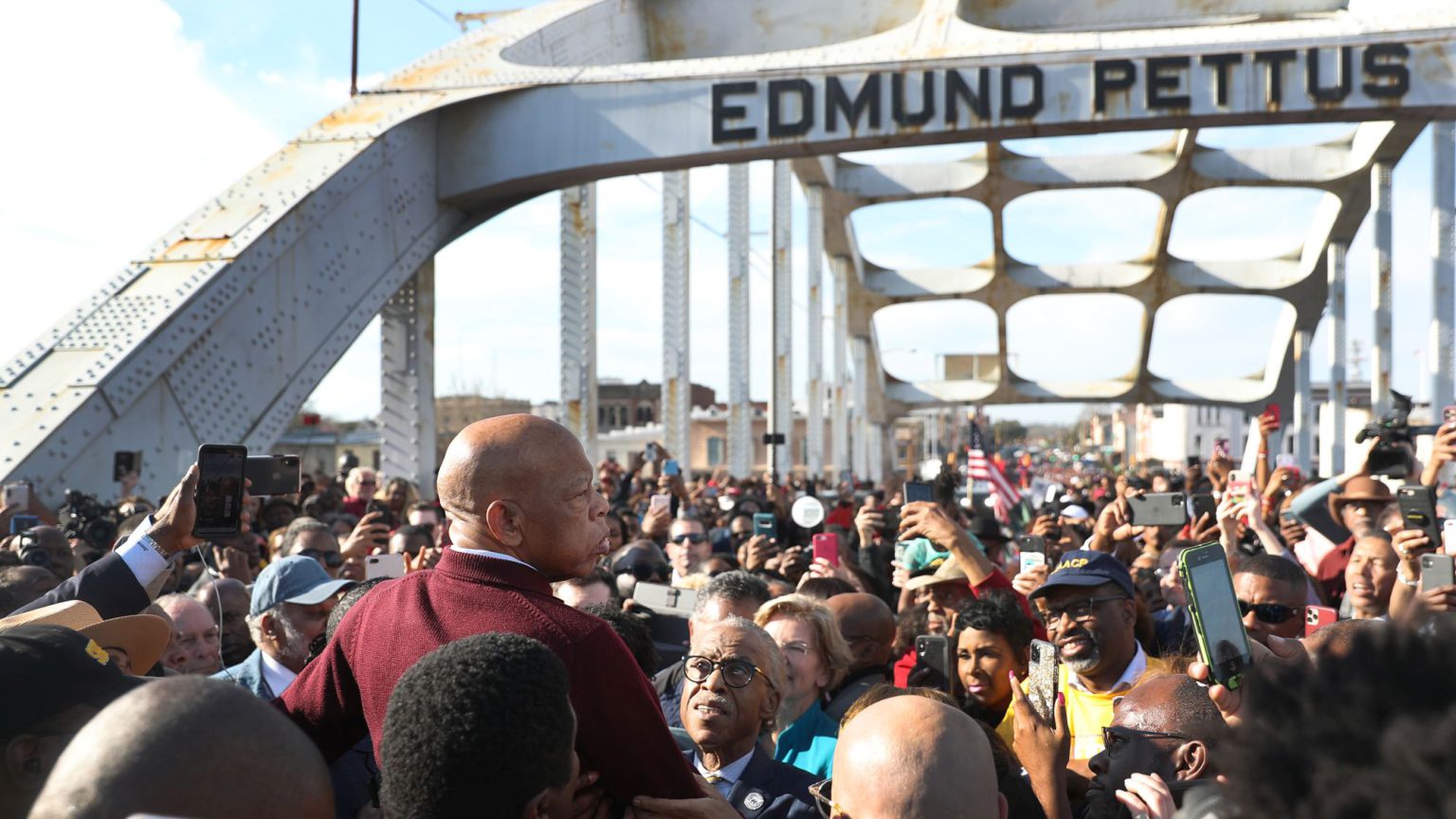 Praise has been pouring in for John Lewis, the hero of the civil-rights movement, who died at the weekend. Lewis’s death has also led to a campaign to rename the Edmund Pettus Bridge in Selma, Alabama, after the civil-rights icon. A petition has nearly 500,000 signatures, and high-profile backers like Ava DuVernay, who made the film Selma.

In March 1965, Lewis was one of the leaders of the march for voting rights on the Edmund Pettus Bridge, where he and other marchers were met by police who brutally beat them with clubs. The day became known as ‘Bloody Sunday’ and galvanised Americans’ support for the Voting Rights Act.

The call to rename the Edmund Pettus Bridge is very much in line with the Black Lives Matter (BLM) movement’s idea of what it means to be anti-racist: to rename places, topple statues and erase symbols and words of the past. And if anyone would seem to deserve de-throning, Edmund Pettus would certainly qualify. He was both a Confederate general and a Grand Dragon of the Ku Klux Klan, as well as a US senator.

Yet, in the rush to rename the Edmund Pettus Bridge after John Lewis, today’s movement overlooks something quite important: that Lewis himself was strongly opposed to renaming it. It would be ironic – and not in a good way – if this movement succeeded to do what Lewis sought to prevent during his lifetime.

With so many today endorsing this desire to eliminate any sign of the past, Lewis’s arguments for keeping the Edmund Pettus Bridge’s name are vital. In a 2015 editorial co-authored with Alabama congresswoman Terri Sewell, Lewis called on us to embrace history:

‘The Edmund Pettus Bridge symbolises both who we once were, and who we have become today… Renaming the bridge will never erase its history. Instead of hiding our history behind a new name we must embrace it – the good and the bad. The historical context of the Edmund Pettus Bridge makes the events of 1965 even more profound. The irony is that a bridge named after a man who inflamed racial hatred is now known worldwide as a symbol of equality and justice. It is Biblical – what was meant for evil, God uses for good.’

Seeking to wipe out the history of the Confederacy and Jim Crow, as the BLM-inspired attacks on symbols of the past do, lessens the significance – the enormity – of what Lewis and his civil-rights movement overcame. The scale of their achievement is brought home when you truly recognise the forces they were up against, for decades. This is what I think Lewis was getting at when he argued for not compromising the ‘historical integrity’ of the movement:

‘We can no more rename the Edmund Pettus Bridge than we can erase this nation’s history of racial intolerance and gender bias. Changing the name of the bridge would compromise the historical integrity of the voting-rights movement. We must tell our story fully rather than hide the chapters we wish did not exist, for without adversity there can be no redemption. Children should be taught the context of the events that unfolded on the bridge, and why its name is emblematic of the fight for the very soul of this nation – the democratic values of equality and justice.’

Lewis and Sewell ended their piece with a plea to keep the Edmund Pettus Bridge’s name so that future generations learn ‘the unvarnished truth’:

‘We must resist the temptation to revise history. The Edmund Pettus name represents the truth of the American story. You can change the name but you cannot change the facts of history. As Americans we need to learn the unvarnished truth about what happened in Selma. In the end, it is the lessons learned from our past that will instruct our future. We should never forget that ordinary people can collectively achieve social change through the discipline and philosophy of nonviolence.’

As it happens, Lewis is not the only civil-rights veteran to oppose the effort to rename the Edmund Pettus Bridge. Selma native Lynda Lowery, who was 14 years old when she was beaten by police on Bloody Sunday, doesn’t want the bridge renamed, either. She says the bridge ‘isn’t a monument, it’s a part of history’. The now 70-year-old adds: ‘They need to leave my bridge alone.’ Lowery’s sister, Jo Ann Bland, says there is something empowering about the bridge’s name for black people, who still cross the bridge each year to commemorate the events of 1965. They literally walk over Pettus. ‘What happened on that bridge changed the whole meaning of the Edmund Pettus Bridge, of Edmund Pettus to me’, she says. ‘I bet he’s rolling in his grave every time we walk across that bridge.’

Indeed, it is worth asking a question that is rarely considered today: if toppling statues and renaming places is so seemingly essential to opposing racism, as the BLM movement contends, why was that never an aim of the civil-rights movement of the 1950s and 1960s? After all, Confederate statues – including those introduced in the 20th century with the purpose of intimidating black Americans – had been in place for decades, so surely the civil-rights campaigners knew all about them. So too with other symbols of the past.

The short answer is that the civil-rights movement was a serious anti-racism movement, fighting to bring about real change in society, while BLMers are obsessed with symbols and virtue-signaling. Selma’s current mayor, Darrio Melton, says that what the Bloody Sunday marchers in 1965 ‘exemplified for us was the system needed to be changed, more than the symbols needed to be changed’. Indeed, to discuss the civil-rights veterans in today’s terminology is to reduce them to BLM-style playactors. ‘I believe to get bogged down in a conversation about symbols is to miss the entire struggle for which they fought’, says Melton. ‘They weren’t marching to change a symbol. They were marching to change a system.’

Lewis, Martin Luther King and their compatriots were too busy making history – making the future – to sit around dreaming up new names for places or parade around town tearing down the symbols of the past. The civil-rights fighters didn’t seek a therapeutic boost to self-esteem by shouting about how morally superior they were compared with people from hundreds of years before; they were too focused on their present, trying to change laws and improving social conditions.

To honor John Lewis’s memory, and fulfill his wishes, keep the Edmund Pettus Bridge’s name. Let it fill you with awe for all that Lewis was able to overcome, and gratitude for his tremendous efforts to drive American history towards its promise of equality.