Trans activists need to lighten up

The gay scene used to be great fun. Now the trans ideology has made it miserable. 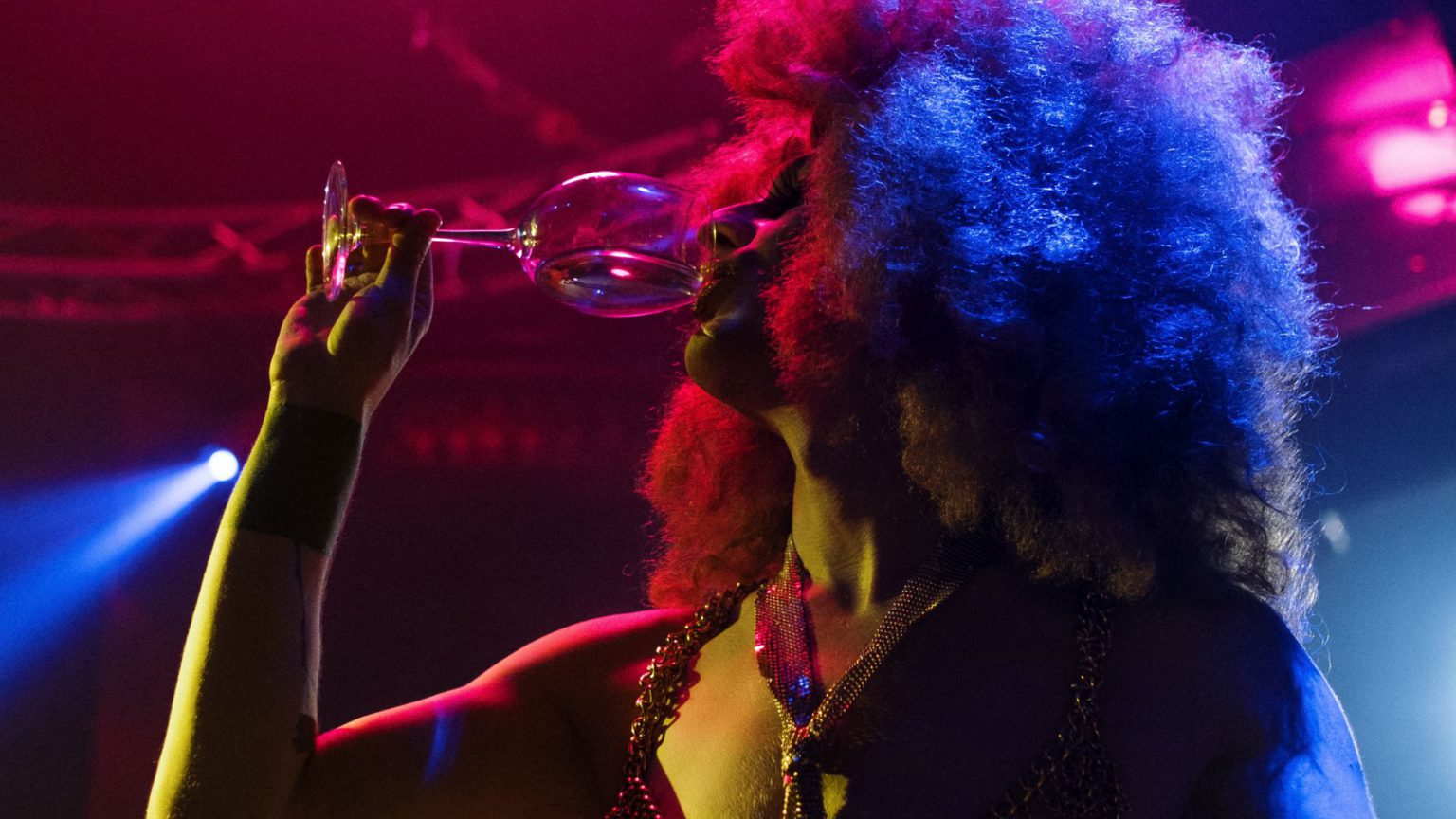 Many of the best times I experienced in my twenties were the screamingly good nights I spent at gay pubs, bars and clubs: uninhibited, free, relaxed and empowered.

I also spent many a night at ‘straight’ clubs, too, but those nights were so different. I would spend hours and hours grooming myself. Sleek hair, sexy clothes, high-heeled shoes, careful make-up and a sexy, ‘posey’ attitude. It was a very serious matter, and it was all about being attractive to men.

At a straight club, when you danced, you danced to look hot. The entire night I’d be neurotically sucking in my abdominals to look slimmer, terrified that one of my occasionally explosive sneezes, elicited by my sensitivity to musky perfume, would detonate the straining buttons at the waist of my short skirt and send them flying lethally into the face of the guy I was trying to seduce with my smokily made-up eyes.

Flirting was sultry and serious, rarely fun or humorous. You were super self-conscious and did all you could to ensure you Never Lost Face. There were rules, and they were men’s rules. In those clubs there were only two acceptable identities.

Perhaps because of the reality of being different, subversive and hated – homophobic attacks were common then – things seemed so different at gay venues compared with the tense machismo of straight clubs. The camaraderie and friendship was a joy. The rules were neither men’s nor women’s. In fact, gloriously, it felt like there were no rules. It was just about acceptance of whatever identity each individual chose for that night.

Everyone wore what they liked, be it outrageously glam, camp, theatrical, frilly or frumpy. You did whatever the hell you wanted with your hair and you didn’t even have to wear make-up or high heels if you didn’t feel like it. At gay clubs the dancing was the best. You really could dance like no one was watching, even though, of course, we were all watching each other. And when we danced, no moves were too silly, no steps were too sad, rubbish or bad.

In such an environment, you feel accepted and all-accepting, free to be yourself. Without a doubt, these were some of my happiest, funnest ‘Safe Spaces’.

And I think it worked both ways. When I used to hang around with gay men and drag queens, the drag queens in particular would delight in saying the most outrageous things to me. Things that in other contexts, from other people, might be highly offensive or insulting. In gleeful response I would try to say the bitchiest putdowns back to them. ‘You think my breasts are too small, princess? Well at least they’re real.’

We all sent ourselves up, mincing, camping and trading insults. When one queen said of another queen, ‘Ooh, she’s in a bad mood today. What’s the matter with her?’, the usual reply might be a flippant, ‘Probably her time of the month’. Nobody ever got offended. We knew we were playacting. We smiled and knew ‘Tallulah the Temptress’ was really Geoff from Camberwell, and he couldn’t possibly be menstruating. We knew it but we didn’t need to say it. Because, like children making ‘cakes’ from mud, we knew that we knew it was play.

Fast-forward 30 or so years and a seismic cultural eruption seems to have taken place. The straight men’s rules, power and misogyny now seem to have infiltrated both mainstream culture and gay cultures.

When did it all get so deadly serious? So serious that if you say the wrong thing, or misgender someone, you might be ‘cancelled’, lose your job, be visited by the police, get sent for re-education, even receive rape and death threats. At the very least, you might receive a 24-hour ban from Facebook, as I did recently for inadvertently misgendering someone saying extremely spiteful things to a man defending a traditional feminist view. My sin? I used the words ‘a horrible man’.

Of course, there have always been men who lived, or at least who wished they could live, as women. Men who weren’t camp or drag queens, or who went to Wigstock in Soho Square, Manhattan, or frequented Old Compton Street in Soho, London. They lived then as they do now, leading quiet, unremarkable lives.

Although some of these men have surgical procedures, most do not and simply live as women. And many of these men deplore the aggressive, rabble-rousing, angry and ultimately misogynistic breed of people-born-male who now furiously demand to be accepted as actual women.

But it is the angry brigade that now wields cultural power. Heaven help you if you are in the public eye and have the balls to say sex (not gender) is binary, or that you cannot, in actual semantic or biological truth, really change your sex. It doesn’t make any difference here if you yourself are gay, or trans, or whatever – you had better not deviate from the dogma. Like being BAME and not being fully supportive of BLM, if you question the dogma that you can actualise a sex change just by saying so, then you’re the wrong type of trans, gay or whatever person. I’m thinking, for example, of those who have been treated shamelessly and unfairly, such as Graham Linehan, Gareth Roberts, Julie Bindel and JK Rowling. And I’m also thinking of some sanitary towel companies changing their logos to appease the angry brigade. And I’m thinking of how worrying it is that a GP, who practices in the UK, claims men can conceive babies.

Some changes over the past 30-plus years have been positive. I now have three daughters, two of whom are old enough to go out to clubs and bars, and things seem now, at least where I live, to be much more relaxed and have been so for many years. My daughters wear what they like, and although they each take care and pride in their appearance, they feel little pressure to conform to the expectations of straight men. More importantly, straight clubs and scenes seem to be a lot more relaxed and unpretentious. Girls and women seem more supportive of one another, and they really do just want to have fun.

Another change for the good is that young people questioning their sexuality are able to do so in a much less hostile environment. Children today, even in many faith schools, are encouraged to be respectful of the sexuality of others, and unashamed of their own. At my 14-year-old daughter’s faith school, there are regular assemblies where LGBT issues are discussed and the school does its utmost to make the children feel accepted, irrespective of their sexual orientation, thoughts or feelings.

But not all the changes feel like progress. For there is the emergence of a tiny minority of angry men who seek to infiltrate even the most sacred of women’s spaces and who demand that any questioning of their claim to be biologically and physiologically female be considered a hate crime. You’re a brave or foolhardy soul if you don’t accept that the only thing that isn’t binary is one’s sex.

Is this what it was like for the contemporaries and predecessors of Galileo Galilei? He wasn’t the first to hypothesise the heretic theory of heliocentrism, but most scientists and astronomers who knew also knew they’d better shut up about it or suffer the potentially fatal consequences.

It seems eerily similar today. Although we know what we know, and we know that almost everybody else also knows, we must not assert, or even indicate, what we know to be the truth about binary sex. So we must pretend we don’t know and effectively collude with the great lie that a biological male can be a biological female.

None of us is really allowed to say that we know and that we know that they know. That is why trans-activist culture is so different from the play and fun of the gay-club scene. It’s not a game anymore. It has become serious, real and vicious.

Things need to change. We should be free to live how we like, say what we think, and dance like no one’s watching.