Coronavirus: why aren’t we talking more about vitamin D? 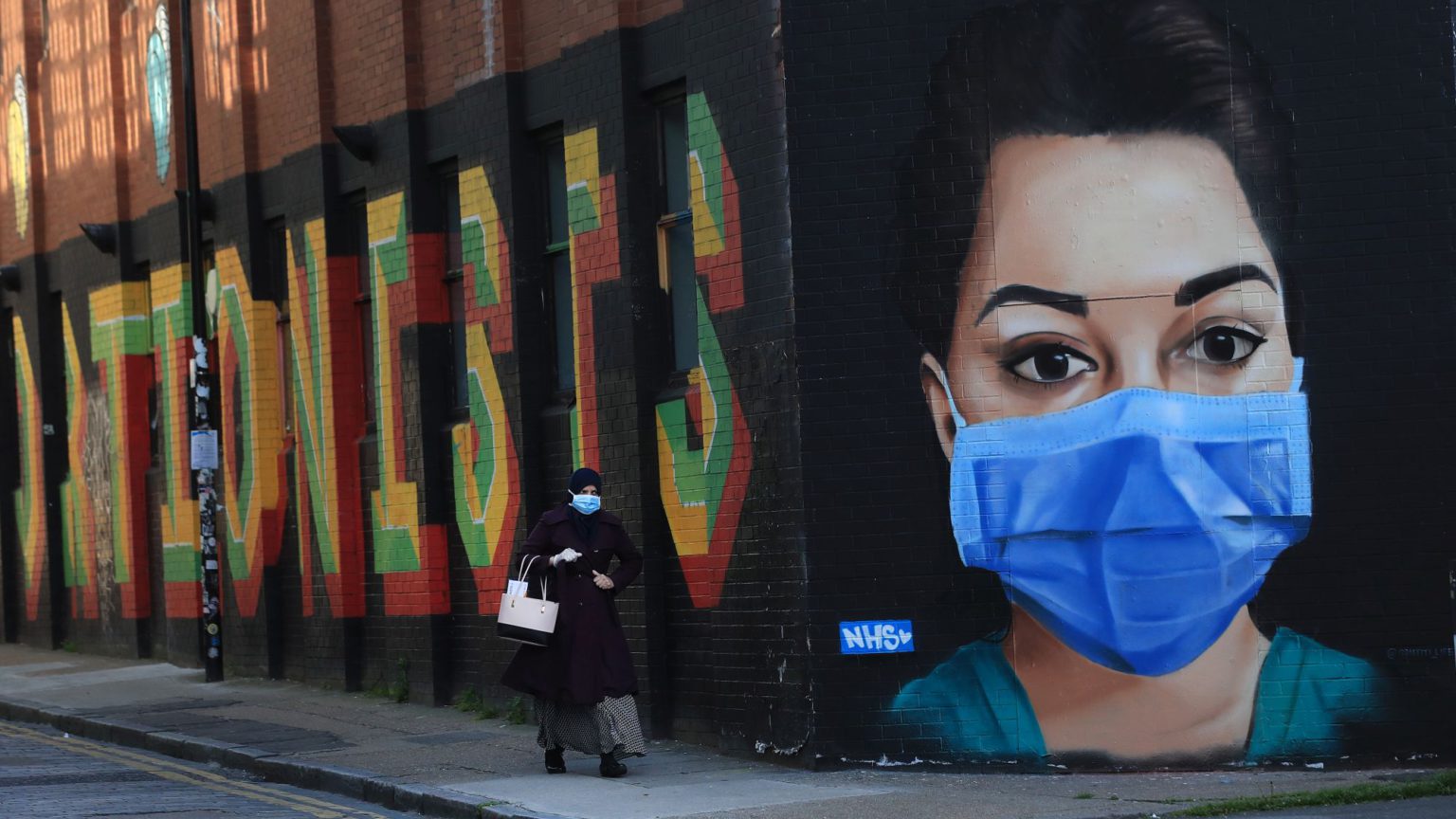 One area of anger in recent protests against racism has been the differential impact of Covid-19 on black, Asian and minority-ethnic (BAME) people. But assuming that viruses don’t discriminate, can those deaths really be put down to racism or is there something else going on?

The overwhelming risk factor with Covid-19 is age. The majority of deaths have been in those over the age of 70. But there are other apparent risk factors, too. A report by Public Health England in June noted: ‘An analysis of survival among confirmed Covid-19 cases and using more detailed ethnic groups, shows that after accounting for the effect of sex, age, deprivation and region, people of Bangladeshi ethnicity had around twice the risk of death than people of White British ethnicity. People of Chinese, Indian, Pakistani, Other Asian, Caribbean and Other Black ethnicity had between 10% and 50% higher risk of death when compared to White British.’

However, the report adds that this immediate finding didn’t take into account things like occupation. Someone working in a hospital or driving a taxi has been at greater risk of exposure than someone working from home, so differences in the work done on average by different ethnic groups could be a factor. The report also notes that ‘when comorbidities are included, the difference in risk of death among hospitalised patients is greatly reduced’.

Some people are putting these differences down to ‘historic racism’, but that doesn’t square easily with the idea that death rates have been, before Covid-19, higher among white people. Perhaps there is another explanation?

One idea is that there may be something simpler going: vitamin D deficiency. Normally, when people talk about vitamin or mineral deficiencies, I tend to switch off. There is a mildly hypochondriac tendency in modern society to think that we should all be obsessing about supplements of all sorts of trace elements and odd herbal remedies. I tend to give Holland & Barrett a wide berth.

But the case for vitamin D seems stronger. Usually simply thought of as being a factor in osteoporosis and other bone conditions, vitamin D actually has a much wider impact in our bodies than that. In particular, it seems to play a role in regulating aspects of our immune system.

As the science writer Matt Ridley noted in May: ‘There has long been evidence that a sufficiency of vitamin D protects against viruses, especially respiratory ones, including the common cold. Vitamin D increases the production of antiviral proteins and decreases cytokines, the immune molecules that can cause a “storm” of dangerous inflammation. It has long been suspected that most people’s low vitamin D levels in late winter partly explain the seasonal peaking of flu epidemics, and rising vitamin D levels in spring partly explain their sudden ending.’

All sorts of effects of vitamin D have been suggested in recent years. For example, it seems to help with autoimmune diseases, where our immune systems become harmful to us. Type 1 diabetes, multiple sclerosis and psoriasis have been characterised in this way. Type 2 diabetes, usually thought of as a metabolic disease, may in part be an autoimmune disease, too. (Notably, BAME people have much higher rates of type 2 diabetes than white people.)

What does all this have to do with the colour of our skin?

Vitamin D is, arguably, not a vitamin at all, which is usually defined as something we need to get from our diet. The majority of our vitamin D comes from the effect of sunlight – ultraviolet light specifically – on our skin, where a derivative of cholesterol is converted into vitamin D. In northerly latitudes like the UK, we don’t get enough sunlight to produce vitamin D for six months of the year. This is even more pronounced for people with darker skin – it takes more sun exposure to produce sufficient vitamin D than it would for pale-skinned people.

A survey of evidence by Karl Pfleger shows several different lines of evidence pointing to vitamin D as an important factor in Covid-19. For example, comparing the vitamin D status of Covid-19 hospital patients has shown that the ones with low vitamin D are much more likely to end up in intensive care. Areas in northerly latitudes are more likely to be hard hit, but this is offset in countries where supplementation – through fortifying foods – is more common.

Perhaps another pointer is the fact that the first drug to show real promise in treating patients is dexamethasone – a steroid. Steroids work by decreasing inflammation and reducing the activity of the immune system. Vitamin D is a steroid, too. (To be more precise, vitamin D is a collective name for a group of steroids.)

So there is plenty of circumstantial evidence that vitamin D deficiency is important in Covid-19 and there are plausible biological mechanisms for why that might be the case. Giving vitamin D to patients who already have plenty seems to have little effect.

Yet a review of evidence by the National Institute for Health and Care Excellence (NICE), published on Tuesday, advised: ‘There is no evidence to support taking vitamin D supplements to specifically prevent or treat Covid‑19. However, all people should continue to follow UK government advice on daily vitamin D supplementation to maintain bone and muscle health during the Covid‑19 pandemic.’

This is a rather odd conclusion. The review examined five peer-reviewed papers. (It ignored the mass of pre-print research that has not had time to go through peer review in the short time the pandemic has been going.) ‘Four of the studies found an association or correlation between a lower vitamin D status and subsequent development of Covid‑19. However, confounders such as body mass index (BMI) or underlying health conditions, which may have independent correlations with vitamin D status or Covid‑19, were not adjusted for.’

The fifth paper, by Hastie et al, found the effect disappeared when these potential confounders were taken into account. NICE seems to lean very heavily on this one paper. But there are two problems. First, vitamin D status was gleaned from UK Biobank data – which was collected at least 10 years ago. Patients’ vitamin D status wasn’t measured at the time they got ill. Second, ethnicity and body mass index (BMI) are not independent variables from vitamin D. Rather, vitamin D deficiency is an attempt to explain why ethnicity and BMI matter. (People with high BMI are also more likely to have low vitamin D.)

Moreover, the cut-off date for the NICE paper meant it didn’t have a chance to consider two pre-prints of particular interest. A study from Singapore found ‘the active form of vitamin D, calcitriol, exhibits significant potent activity against SARS-CoV-2’ (the virus that causes Covid-19). A study on patients in Newcastle in the UK found that ‘patients requiring ITU admission were more frequently vitamin D deficient than those managed on medical wards, despite being significantly younger’.

In short, there is plenty of evidence to point to vitamin D deficiency as a risk factor for Covid-19. Yet officials and politicians seem wary of talking about it. If we were talking about a drug with significant side effects, like hydroxychloroquine (Donald Trump’s Covid drug of choice), we might have cause to be nervous about recommending it. But this is a vitamin and it is well known that many people across the world are deficient.

Indeed, the NHS already suggests that pretty much everyone takes vitamin D supplements, at least over the winter. In Scotland, for example, the NHS Scotland website is clear: ‘Everyone (including children) should consider taking a daily supplement containing 10 micrograms of vitamin D.’ That’s probably far too little. There is little or no risk of overdosing for adults up to 100 micrograms per day, so taking significantly more would address insufficiency more effectively.

The advice is particularly emphasised for certain groups, including: ‘People who have low or no exposure to the sun, for example those who cover their skin for cultural reasons, are housebound, confined indoors for long periods or live in an institution such as a care home; and people from minority-ethnic groups with dark skin, such as those of African, African-Caribbean and South Asian origin, who require more sun exposure to make as much vitamin D.’

There is, of course, the possibility that Covid-19 deaths could be due to poverty, deprivation and ‘systemic racism’. And any research around the disease is obviously new and should be treated as provisional. Vitamin D is unlikely to be a panacea.

But serious cases seem disproportionately related to vitamin D deficiency. Among doctors – who are unlikely to be economically deprived – 94 per cent of deaths have been BAME medics. Moreover, testing for vitamin D deficiency is cheap. Supplements are cheap, widely available and safe. So wouldn’t it be better to focus more of our attention – both medical and research – on the ‘sunshine vitamin’?