This iconoclasm is class warfare

The rage against monuments reflects a middle class ashamed of its country and history. 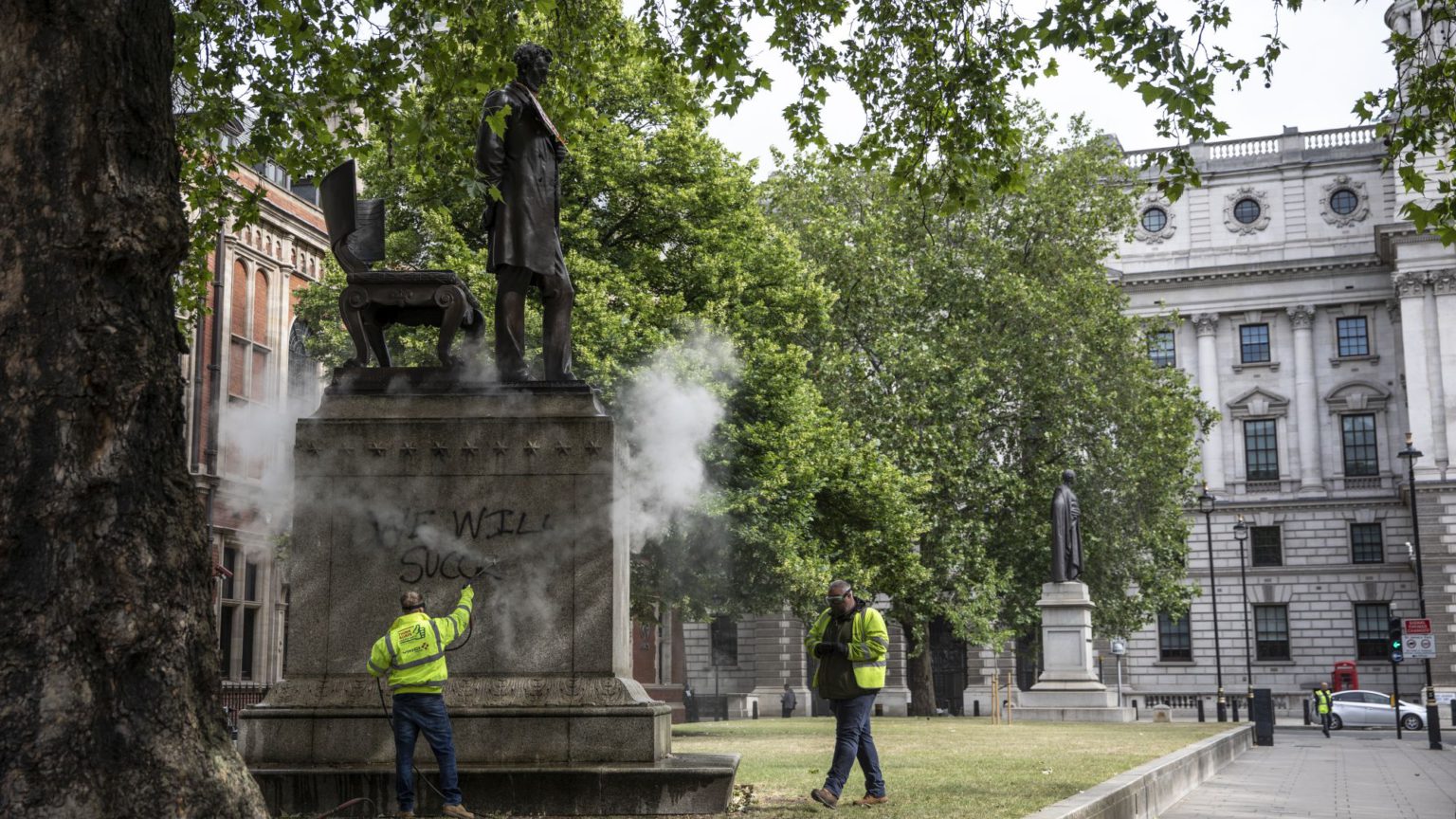 Recent iconoclasm in Britain, far from being a popular uprising of racial anger, is white middle-class performative anti-racism. Whatever the dynamic in the US, events in Britain have a unique class character.

The working and upper classes are generally more patriotic than the middle class. They are more comfortable in their skins, less self-conscious. Orwell observed, ‘England is perhaps the only great country whose intellectuals are ashamed of their own nationality. In left-wing circles it is always felt that there is something slightly disgraceful in being an Englishman and that it is a duty to snigger at every English institution.’ The middle-class left is ashamed of British history, suspicious of our flags and anthems. This cosmopolitan, xenophile, predominantly white managerial caste provides our politicians, civil servants, senior police officers, journalists, media pundits and teachers.

It has not escaped anyone’s notice that many rioters in London and Bristol were middle-class white people. BLM in Britain barely exists. (When BLM protests took place in the UK a few years ago, it was a handful of white middle-class people protesting about airport runway expansion.) BLM in Britain overlaps with eco-activism and Antifa. As in the US, Antifa supporters in the UK are largely young, middle-class and white. Many activists join the Antifa movement while at university.

It was entitled middle-class vandals who defiled the Cenotaph that commemorates British and Empire dead – comprising a wide array of ethnicities and political creeds. Among those dead are socialist servicemen who were not motivated by chauvinism, but compelled by duty to defend family and nation. Images of the Cenotaph being desecrated – passively watched by police – will not be forgotten.

People know the protesters were middle-class anti-patriots who managed to accomplish so much because of the acquiescence of police chiefs, local councillors, mayors, cabinet ministers and the prime minister – all of whom are middle-class social liberals. Television news programmes and many newspapers downplayed the violence; the BBC portrayed riots targeting national symbols as ‘largely peaceful anti-racism protests’ (quickly altering that wording once it attracted criticism). British demonstrations are a clash of class values. By targeting symbols they nominate as racist, arrogant middle-class liberals assert they know how to fight racism; the working classes’ opposition to iconoclasm is therefore treated as evidence of their inherent racism.

When, subsequently, groups came out ostensibly to prevent monuments from being attacked, they were condemned by the press and politicians (including Boris Johnson) as ‘racist thugs’. When ordinary people – angered by lawlessness, lockdown flouting and defilement of public property – believe (correctly or otherwise) that those individuals were putting their safety on the line to protect statues that the police had so singularly failed to defend, this generates solidarity with those ‘thugs’. What next? After all, if holding ordinary views (such as patriotism, respect for law, venerating the war dead) is ‘far right’, then why not vote for far-right Patriotic Alternative or Britain First? If being normal is far right, then far right is normal.

There is a greater unaddressed grievance that the working class has against the middle class.

The murder of black man Stephen Lawrence in 1993 by a gang of racist white youths in South London catalysed a change that had awful implications for British race relations. The killers escaped initial prosecution because police failed to handle the crime correctly; some officers were implicated in an apparent cover-up, which allowed the killers to remain free for years. Incompetence, corruption and callousness on the part of police officers caused further injustice indirectly due to the 1999 Macpherson Report.

That report advanced the concept of ‘institutional racism’ – the idea that a whole organisation can be racist even though no perpetrators of outright racism can be identified. It established the Orwellian definition of racist incidents as ‘any incident which is perceived to be racist by the victim or any other person’ – a dangerously subjective definition that has entered hate-speech legislation. Macpherson stated that ‘colour-blind’ policing was not legitimate and should be dropped in favour of colour-directed policing, thereby abandoning any attempt at neutrality. The new policing culture caused police to obsess about phantom prejudice among (working-class) officers who needed to be scrutinised by (middle-class) superiors; conversely, evidence of crimes committed by ethnic-minority perpetrators was actively suppressed. The Macpherson Report paved the way for decades of silence regarding the Muslim grooming-gang scandal.

Hundreds (perhaps thousands) of police officers, social workers, teachers, local councillors and journalists knew about the drugging, rape and torture of women and girls by Muslim men. When they reported this information, they were told by superiors to be quiet. An undeniable contributing factor was that middle-class individuals in authority did not trust or empathise with white working-class victims. People believe justice should have been served not only on gang members, but also individuals in authority who were more worried about race relations than rape. Yet a whole generation of people who colluded in silencing victims of abuse have retired with OBEs and substantial pensions, protected by the system they served. Read website comment sections or listen to pub conversations and you’ll be left in no doubt how strongly people feel about this.

In former eras we had noblesse oblige – the practice of nobility looking after families working for them (partly due to patrician beneficence, partly due to undiluted self-interest). Lords, bishops and gentlemen met ordinary people and understood their concerns. Nowadays, British society is governed by a managerial elite that only encounters working people when they pass them in Waitrose stacking shelves. Today’s politicians, journalists and police commanders consider ordinary people’s sentiments backward and view their concerns about crime and migration as bigoted.

If our system of technocratic governance exists without accountability or transparency – run by political parties populated by politicians of the same caste with nearly identical social outlooks – is it any wonder we are caught between poles of apathy and violence?