The real sticking point in the Brexit talks? Brexit

Behind the boring technocrat speak, the big question remains: who rules? 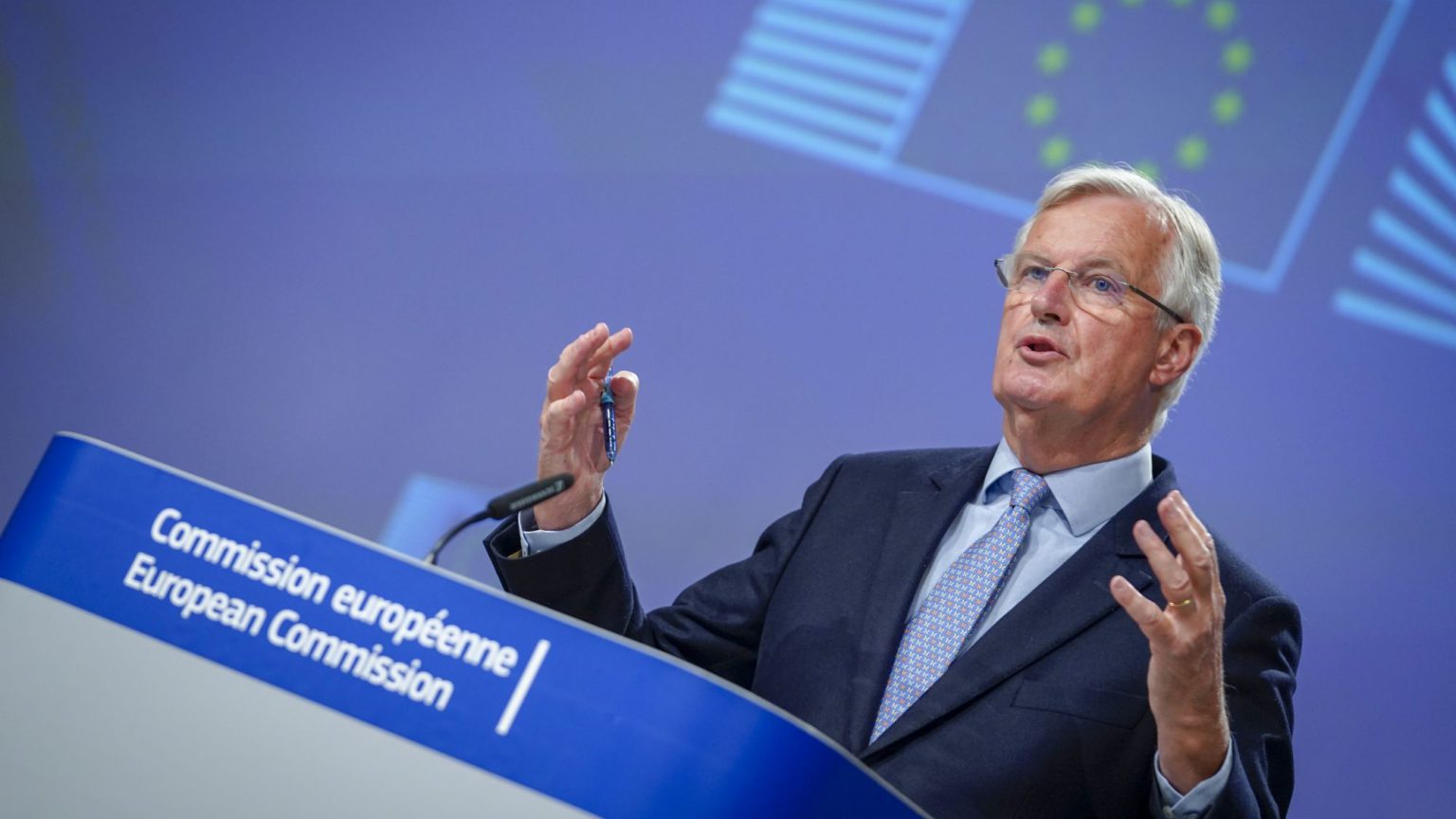 Remember Brexit? Amid the fallout from the coronavirus crisis and the current political chaos, it might be easy to forget the issue that has dominated British politics for the past four years. Yet the battle for Brexit continues. And the outcome is still crucial to the future of our democracy.

It is easy to switch off the boring news reports on the latest detailed round of negotiations on future relations between the UK and the European Union. But don’t be fooled by the technocrat-speak about ‘level playing fields’ and ‘governance’. What remains at stake here is Brexit itself – the principle of the UK acting as an independent nation state, not under the sway of unaccountable EU courts and commissions.

But, some might insist, hasn’t Brexit already been achieved? More than three-and-a-half years after we voted to Leave, the UK finally formally left the European Union on 31 January 2020. After seemingly endless Remainer plots to undermine and overturn the largest democratic mandate in British history, the new parliament that was elected to ‘get Brexit done’ endorsed the Withdrawal Agreement that Boris Johnson made with the EU, and the accompanying Political Declaration.

Yet what sort of Brexit we get remains up for grabs. Until at least the end of 2020, we are in a transition period, still under EU rules. Meanwhile, talks about a final deal continue, remotely of late. They are not going too well, with the EU apparently only offering the UK a worse trade deal than the one it gave Canada.

This month is meant to mark the deadline for the UK government to request an extension to the transition period, to sort out a deal. Remainers in parliament and the media are demanding an extra two years in limbo, backed by the European Commission. So far, the British government and its chief negotiator, David Frost, have rightly rejected any idea of an extension, in stark contrast to the Remainers who masqueraded as British representatives under former prime minister Theresa May.

Chief EU negotiator Michel Barnier declares that the British must be ‘more realistic’ if we want a deal. He means we must be less resistant to EU demands. Conservative government ministers Michael Gove and Penny Mordaunt this week reported that the latest virtual talks had been ‘constructive’, but that there had been ‘no movement’ on the difficult areas where ‘differences of principle are at their most acute’.

Prominent among the ‘difficult areas’ are the issues of fisheries, the ‘level playing field’ and ‘governance arrangements’. Why? Because once we translate the technical talk, these issues all bear on the principle of sovereignty and control, the question of who is to rule.

Fishing rights has long been a totemic issue of control, with the EU now demanding the same easy ability to exploit UK waters as it enjoyed when we were a member state. The ‘level playing field’ demanded by the EU is code for a system under which Britain agrees to be bound by their rules on everything from state aid to taxation – with no vote, voice or veto on what those rules might be. The dispute over ‘governance arrangements’ relates to whether the UK parliament and courts or EU judges and commissioners should ultimately decide what Britain can do.

In other words, these apparently dull discussions are really about the EU demanding a semi-colonial relationship with the UK, even after Brexit. Not only because the EU does not want a dangerous offshore competitor, but also as a punitive lesson to any other upstart European peoples who might be tempted to jump from the Brussels ship that is doing so badly in the current crisis. That is why Msr Barnier pursues what Mr Frost calls an ‘ideological approach’ to the talks, even when it might seem to be at odds with the economic interests of EU member states.

Yet Barnier of the EU has a point. As some of us argued last year, when Boris was doing his deal, the Political Declaration is a trap designed to keep the UK in a subservient relationship to the EU. It declares that Britain will accept a deal that effectively signs us up to EU rules on everything from state aid to industry and taxation to fishing, defence and foreign policy. And although this declaration may not be absolutely binding, Article 184 the Withdrawal Agreement – which is a legal treaty – requires us to use ‘best endeavours, in good faith’ to do a future deal in line with the Political Declaration, or risk the wrath of the EU courts.

Before last December’s General Election, prime minister Johnson – under pressure from Leavers led by the Brexit Party – rhetorically disavowed the disastrous Political Declaration. Boris committed his government to seeking a simple free-trade agreement, involving no political alignment with EU rules. Yet the ghost of the joint Political Declaration still hangs over the Brexit negotiations, to be summoned up by Msr Barnier whenever required to enforce EU authority. It is a trap that needs to be removed and repudiated in principle as well as in practice.

No, the battle for Brexit is not quite over yet. What it means for our future remains to be decided. The vote to leave was never just about trade and tariffs; Brexit is about far more than the price of fish. It was and remains, we should remind ourselves and the government, a democratic revolt by the people against the Remainer establishment, driven by a determination to take back control. In the debilitating year of the lockdown, it is crucial that we keep the democratic spirit of the Leave uprising alive.

Which is why, even amid the coronavirus crisis and the Black Lives Matter protests, Brexit should still matter so much.