The extraordinary hypocrisy of public-health experts

They support BLM marchers but wanted to deny medical care to lockdown protesters. 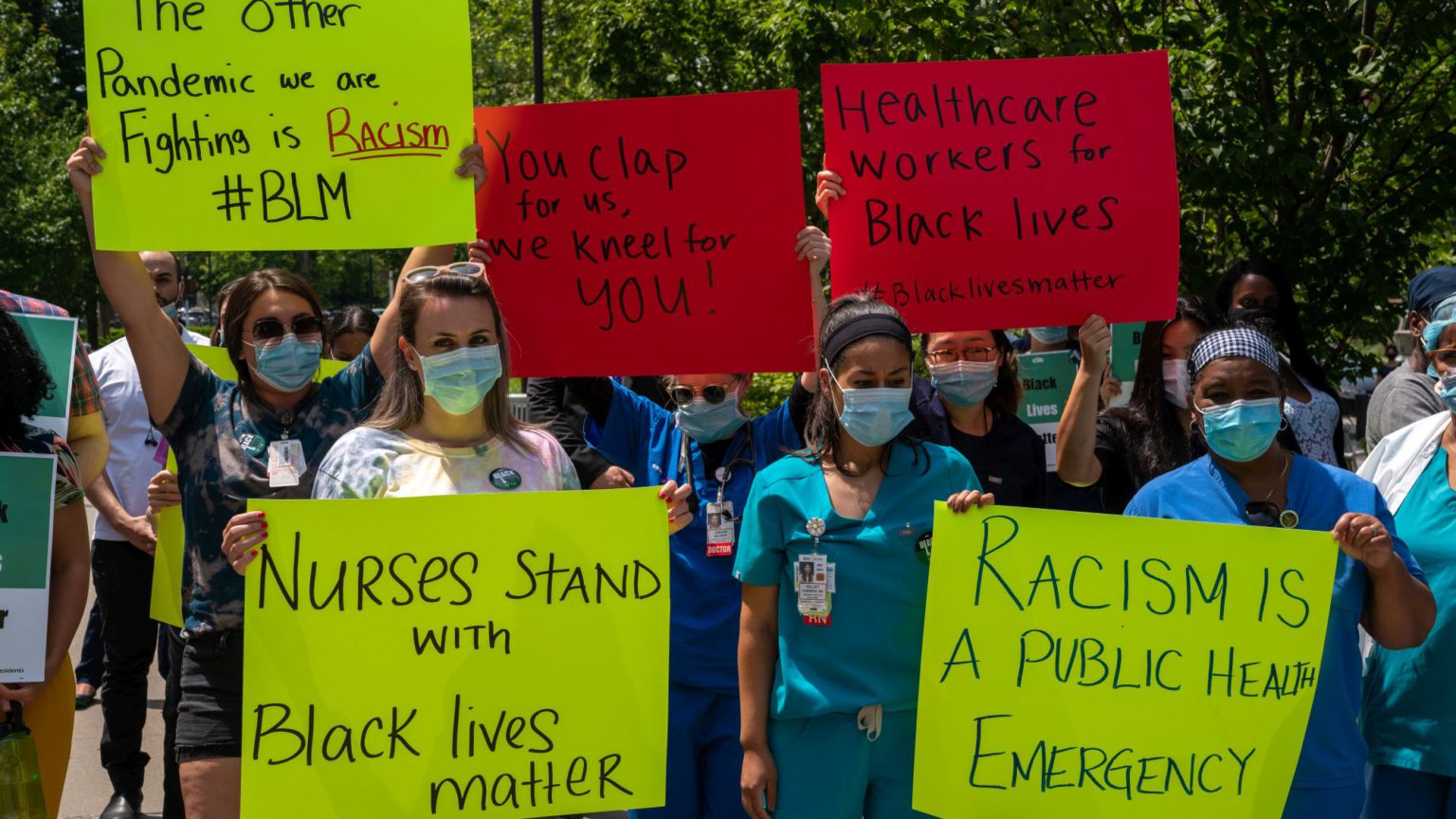 If you can remember that long ago, there was a time when the only protesters defying the Covid-19 lockdowns in the United States were small crowds of roughnecks from flyover country, waving flags and brandishing placards at state capitals.

Nonetheless, small incidents like this still outraged politicians and public-health experts. Writing in PennLive, four experts, including the well-known bioethicist Arthur Caplan, argued that those protesters were freeloading on the sacrifices made by people who observed lockdown restrictions.

They had little sympathy for the protesters if they fell ill with the coronavirus, even arguing that they should be denied medical care: ‘If the protesters can’t be persuaded that they are wrong and their behaviour is dangerous, they should own up to their political commitment and sign and carry a pledge stating they decline all medical care to treat Covid-19, should they fall ill if resources are being rationed.’

That was then. Now, crowds of tens of thousands have gathered to protest the appalling killing of George Floyd in cities across the country. Most of them are ignoring social distancing. If the public-health advice is correct, hospitals could expect a spike in coronavirus cases.

So are these protesters freeloaders? According to an open letter signed by hundreds of health workers, they are heroes. Lockdown critics may deserve to die without ventilators, but protesters against racism should be encouraged, praised and supported. The public-health response ‘must be wholly different from the response to white protesters resisting stay-home orders’, says the letter. ‘White supremacy is a lethal public-health issue that predates and contributes to Covid-19’, it continues.

‘As public-health advocates, we do not condemn these gatherings as risky for Covid-19 transmission. We support them as vital to the national public health and to the threatened health specifically of black people in the United States.‘

This is a ‘Damn the torpedoes, full speed ahead’ moment for these health experts – the triumph of virtue-signalling over virtue. States should ‘prepare for an increased number of infections in the days following a protest’, the letter acknowledges, and should ‘provide increased access to testing and care for people in the affected communities, especially when they or their family members put themselves at risk by attending protests’. A few weeks ago, violating curfews was a crime and anyone who did so should be left to die. Now it has become a patriotic duty.

Art Caplan did not shy away from the potential dangers of protesting during a pandemic. ‘I’m not sure they’re gonna be socially distant – that’s pretty hard in a demonstration, so I get that’, he told WGBH in Boston. ‘But you should be doing all that you can, and remember: it isn’t just making the group sick, it’s bringing it home, the virus.’ In other words, in his view, the protesters could not only be getting sick themselves but could also make others sick.

For many Americans – already suspicious of self-righteous experts – this is sure to confirm their misgivings. Over the past three months, the economy has been trashed, millions have lost their jobs, lives have been turned upside down – all on the advice of experts.

Rather than showcasing the experts’ repudiation of racism, the open letter exposes their smug hypocrisy. Its message is that quarantine regulations are, and probably always were, political – you are allowed to ignore them if you support the right cause. This is sure to infuriate people who have lost their jobs (not essential) or who were prevented from seeing their families or worshipping (not essential). But apparently you can hold rallies to protest racism (essential). Mass gatherings, but not Mass.

Perhaps those experts should be wishing on a second spike. Because if there isn’t one, that might suggest that their draconian policies were a gigantic con. Maybe they should be joining the other 42million Americans looking for a job.

Michael Cook is editor of the online magazine MercatorNet, published in Sydney