The protests remind us that some things are more important than social distancing. 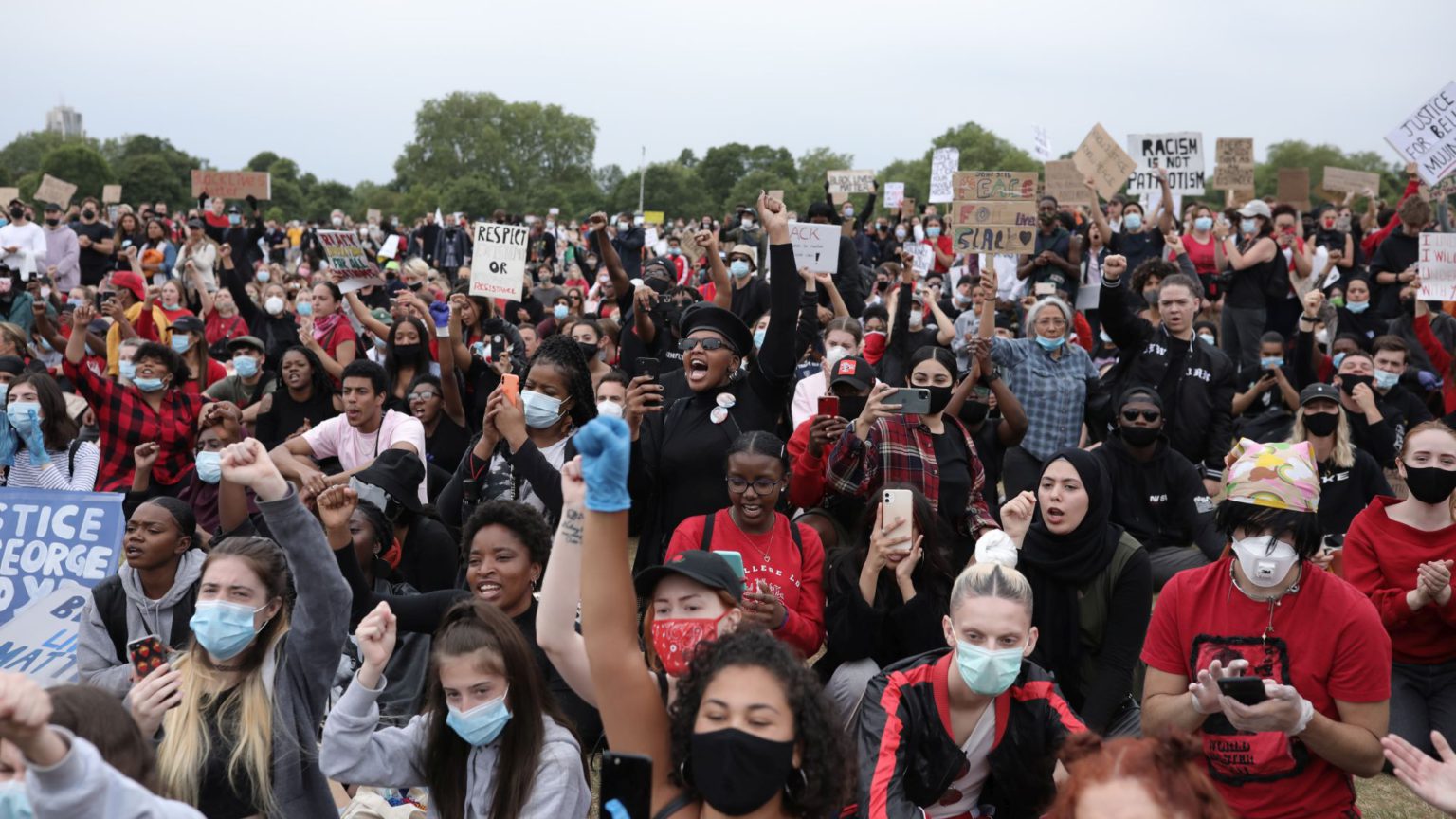 Thousands broke the lockdown in London yesterday to protest the killing of George Floyd by Minneapolis police.

The crowd was young, mostly in their teens, black and white. They made their way through the Underground with homemade placards. Filtering into sunny Hyde Park we sat, stood and took the knee before setting off for parliament. ‘No justice, no peace!’ and ‘Black Lives Matter!’ were the chants.

The international sympathy for George Floyd and other victims of police attacks in America has been remarkable. Just as vast crowds gathered in US cities, tens of thousands have protested in Amsterdam, Paris, Berlin, London, Manchester, Glasgow and Liverpool. Given the nighttime curfew imposed in American cities, and the scenes of terrible clashes with protesters, the international outcry is justified.

That we were protesting against something that happened in the US, however, did need some explaining. Many were keen to make the point in chants and placards that the ‘UK is not innocent’. The names of Rashan Charles, Sheku Bayoh and Dalian Atkinson – all of whom died in British police custody – were honoured. Since Donald Trump’s election and the Women’s March in London in response to it, there has been a far greater sense that US domestic politics are world politics. The internationalisation of the Black Lives Matter movement is remarkable.

Many critics of the march noted that the protesters were breaking the ‘social distancing’ rules that the government brought in since the coronavirus lockdown. It certainly was the case that those in the crowd could not keep a two-metre distance from one another, not in Hyde Park and certainly not as they marched. Organisers offered face masks, though more were wearing them already than not. They also tried to encourage people to socially distance. The protesters certainly did not mean to dismiss the pandemic. Among those remembered was Belly Mujinga, the railway ticket office worker who died of coronavirus. The way in which the police have been enforcing the lockdown rules has also tended to target the young and people of colour disproportionately.

The genuflection to anti-Covid-19 measures was largely tokenistic, though. Without deliberately flouting the social-distancing rules, the marchers had decided for themselves that some things were more important. The young have been the most likely to break the rules, and with good reason – they are least at risk. London’s parks have always been an important safety valve for underage drinking and the lockdown has seen more young people socialising there.

Like the families who went to Brighton and Blackpool on the bank holiday weekend, or those that celebrated VE Day with street parties, the protesters showed that strict adherence to the rules is falling away as people stop thinking about their fears and start living.

The widespread take-up of the Thursday night Clap for the NHS was a sign that a vacuum had been created by the closure of public life. Many were clearly yearning for the popular engagement that it represented. London’s Black Lives Matter protests show something similar, as many people – without even intending to – are leaving the extreme privations of the lockdown behind.

James Heartfield is author of The Equal Opportunities Revolution, published by Repeater. His latest book is The Blood-Stained Poppy, written with Kevin Rooney.