Spain is in revolt against the lockdown

Over a million fines have been handed out against lockdown rule-breakers. This dissent is welcome. 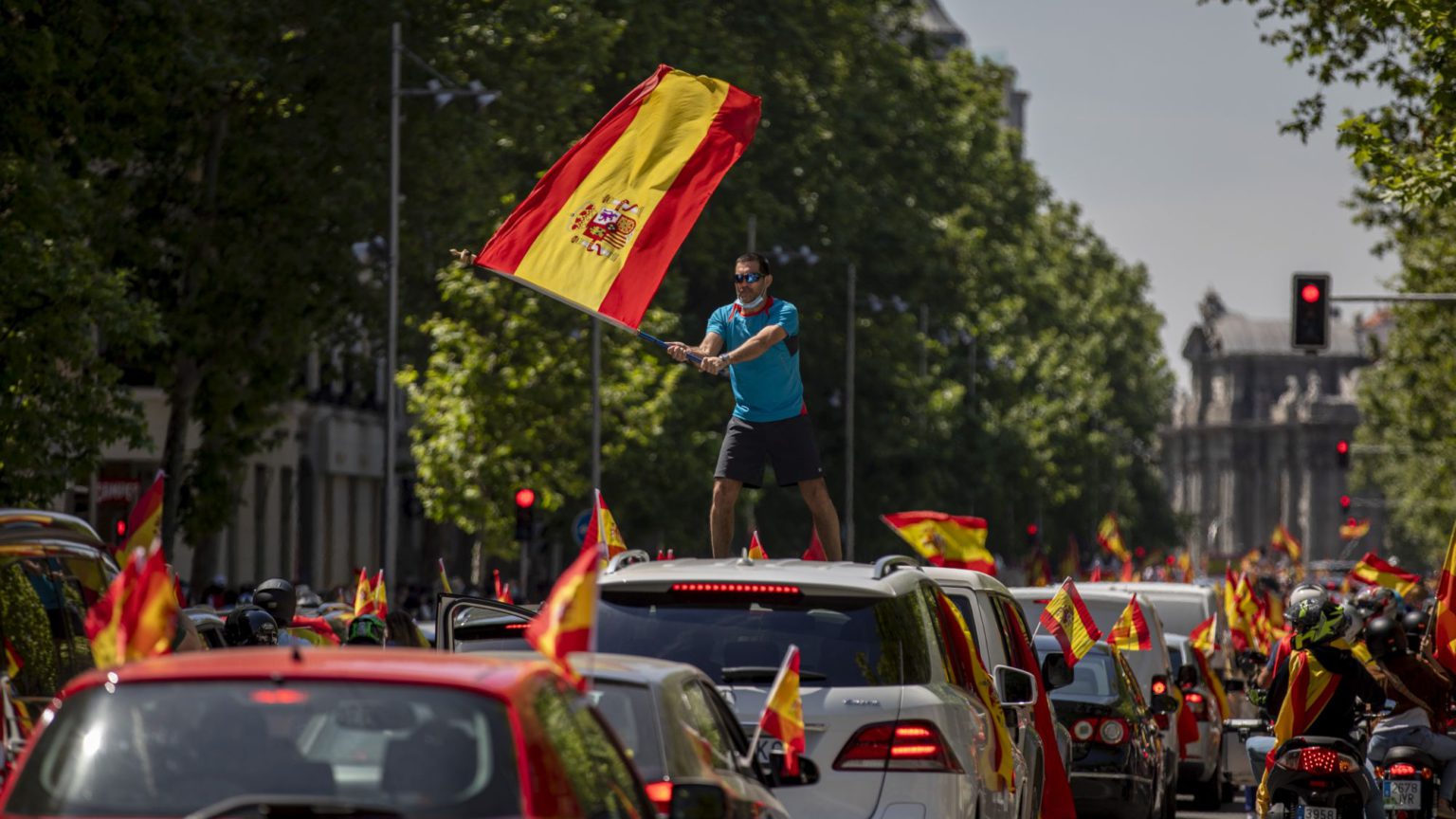 No matter how the political and media elite tries to spin it, people in Spain are defying the lockdown in their millions.

In Spain during lockdown, nothing is as it seems. On 23 May, tens of thousands of people, in over 50 towns and city centres across Spain, took to their cars to protest at the PSOE / Unidas Podemos government’s handling of the corona crisis. Madrid, Barcelona, Cadiz, Cordoba, Malaga, Palma de Mallorca, Pamplona, Sevilla, Valladolid, Valencia, Zaragoza and others, which have been ghostly quiet for weeks, came momentarily back to life. The caravana protest was called by Vox, the right-wing populist party.

These protests, alongside numerous, spontaneous local street demonstrations, as well as the escrache (door-stepping) of transport minister, José Lois Ábalos, have been cast in the media as little more than the work of the ‘extreme right’. While there is, of course, some truth in this, it is by no means the whole story. Indeed, it is the least interesting or revealing aspect of what is a novel dynamic in locked-down Spain. Commentators have tended to ignore the significance of individual acts of dissent by millions of Spaniards every day, preferring instead to focus on the petty divisions of political parties in congress.

A much clearer barometer of the national mood is illustrated best by a growing and identifiable public sentiment against lockdown. It is important to note that over a million fines have been given out for breaching lockdown rules – and this is only the minority that got caught. But the political class and commentariat have been at pains to rebrand all demonstrations of contempt towards the lockdown as anything but that.

The reaction has followed a well-worn, pre-lockdown script. It is all about the rise of ‘the extreme right’, in this view. A recent five-day protest by scores of residents in the wealthy Salamanca barrio in central Madrid was dismissed in El Pais as a ‘revolt of the one per cent’. Pablo Echenique, of the anti-austerity Unidas Podemos, pushed a similar line, branding it a ‘demonstration of the upper class’. As if to prove his point, he drew attention to some of the protesters being so rich that they ‘carried golf clubs’. The protests were sparked when a group of local youths were fined by the police for standing under a window that was playing loud music.

Even Vox has been careful not to veer off-script. It moulded its protest as one against a ‘communist’ and ‘criminal’ government which has ‘mismanaged’ the pandemic. The logic of the Vox caravana protest – held in cars to respect social-distancing rules – was not supposed to be against the lockdown. But this perverse logic came unstuck on the day when protesters left their cars in droves to continue the protest on foot. For all their brand-mastery and anti-government rhetoric, Vox has consistently argued in congress for a government of national unity (that would, of course, include its politicians). It also used to argue that the lockdown should have been even more authoritarian. The demonstrators seemed to have other ideas.

Sadly, thanks to the philistinism of the Spanish political and media elite, there is no substantial mainstream debate about the lockdown. The media’s contribution to the closing down of democratic life has been to delegitimise and obfuscate wide-ranging dissent. At a time of so-called ‘national unity’, the political class and the media has rarely been so out of touch with the public.

Undoubtedly, many people who took part in the protests on Saturday were Vox members and supporters. And for sure, many might even be motivated by ‘anti-communism’, despite the fact that there is no serious communist force in Spain. But we should not doubt that many on the caravana were none of these things and were simply demonstrating against the lockdown for their own varied reasons.

But all dissent is framed in the media in such a way as to reinforce the ideology of lockdown – the wisdom of the crowd protesting for legitimate reasons is recast as a right-wing mob. The lockdown in Spain is still in force and its de-escalation is little comfort. But the legitimacy of Spain’s authoritarian lockdown ideology is being called into question by a dissenting public. This might prove to make a real difference in post-Covid Spain.

We undoubtedly live in strange and seemingly contradictory times. But the importance of rational public displays of dissent, in parks, bars and on the beaches and streets, should not be underestimated. Throughout lockdown, the public has shown themselves to be brave in uncertain times, rational in aberrant circumstances, and rebellious in the face of an authoritarian lockdown ideology. People have shown they are capable of exercising both restraint and dissent at the times when it has mattered most.