America on fire – and out of control

The descent into chaos reveals a failure of moral and political leadership. 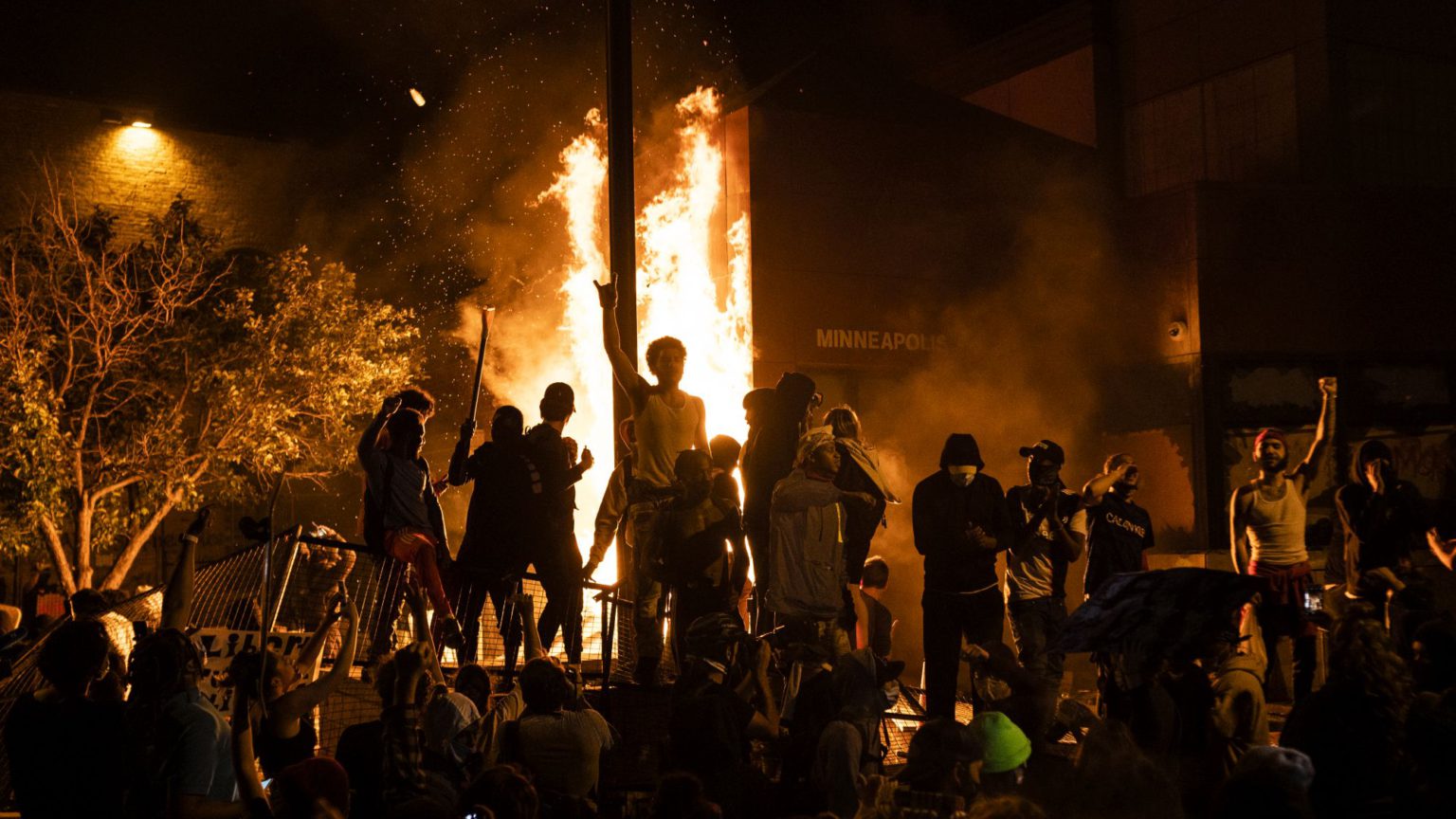 Anarchy reigns in many US cities. What began last week as a protest over the death of George Floyd at the hands of a Minneapolis police officer has erupted into riots and violence across the country. Our TV screens show post-apocalyptic scenes of burning buildings, smashed windows, mobs of people looting, police cars set on fire. At least 40 cities have imposed curfews and the National Guard was called into 15 states. Violent battles between rioters and police rage on.

The fact that these scenes of bedlam are happening amid a pandemic makes them even stranger, like living in a dystopian movie. The mask-wearing rioters have burst open our months-long restrictions on social gatherings. The same politicians who yesterday were complaining about gatherings in parks and beaches are now praising masses of people for exercising their First Amendment rights. And you can’t help but think that pent-up frustration from the lockdown and mass unemployment is being released and lends greater intensity to the street demonstrators.

Anger over the killing of Floyd is justified, and it’s no wonder there have been protests. The video of the police officer, Derek Chauvin, kneeling on Floyd’s neck, crushing him to death as he pleads for air, is excruciating and horrific to watch. That Chauvin’s fellow officers did not intervene to stop him reveals that he is not just one bad apple, but indicative of a wider problem within the force. These officers should be tried and punished, and broader reforms of the police are needed.

But by now, nearly a week later, the rioters have taken matters well beyond the original rationale for protesting. The four officers were fired immediately, Chauvin had charges brought against him (for third-degree murder and second-degree manslaughter) in record time, and investigations continue. But these swift actions did not quell the demonstrators. Instead, the street dynamic has taken on a life of its own, and Floyd is a distant consideration. The marauding youth, ransacking stores for sneakers and electronics, and setting fire to buildings, are not protesting about or mourning Floyd.

This looting and destruction is shattering to the local community. Residents, many of whom are black and poor, will suffer most from the demise of shops and public facilities. Many of the businesses in these neighbourhoods are small and minority-owned. In this context, it is sickening to see leftists on Twitter providing convoluted justifications for the ruin following the rampages. ‘Property is insured and can be replaced. Lives cannot’, tweeted activist and writer Sally Kohn: ‘Check your priorities, America.’ As it happens, many of these black-owned small businesses do not have insurance, and full lives include people’s livelihoods, which have now been severely damaged. Floyd’s girlfriend, Courtney Ross, urged people to stop looting in his name, saying that Floyd ‘loved’ Minneapolis and seeing the city on fire would ‘devastate’ him.

The descent into chaos in Minneapolis and other cities reveals two striking things about the crisis in America today. First, that there are significant numbers of people, especially sections of black youth, who have no firm stake in society. A range of public authorities, from Minnesota officials to attorney general William Barr, have suggested that out-of-state white radicals associated with Antifa were to blame for instigating the rioting. Those inspired by Antifa are definitely an element, and some videos showed black protesters pleading with them not to destroy stores or attack the police. But the focus on the minority linked to Antifa mainly serves to distract from a more homegrown problem – indeed, the vast majority of those arrested in Minneapolis were locals.

As noted, people are right to be angry about the killing of George Floyd. But that alone doesn’t explain the plunge into rioting and looting. That so many, including many young black people, were ready and willing to smash up stores and steal goods (and with glee in many cases) shows how thin the support for the rule of law and social order was before Floyd’s killing. That’s a bigger problem for public officials and other elites than they have reckoned with before now.

The second, and related, revelation from the mayhem in the US is the lack of leadership and respected authority in politics and society. That starts at the top. In response to Floyd’s death, Donald Trump evinced none of the usual empathy expected, and he did not recognise its national significance. He then proceeded to pour fuel on the fire with his tweet ‘when the looting starts, the shooting starts’. He has no way to restore order, other than by deploying the National Guard.

But the more immediate leadership failure was local to Minneapolis. City mayor Jacob Frey and Minnesota state governor Tim Walz had no clue how to respond to the first signs of rioting, preferring to hide from attention. Walz used carefully chosen woke language (‘I will not patronise you as a white man without living [your] lived experience’) and refused to condemn the rioting (‘The ashes are symbolic of decades and generations of pain, of anguish, unheard’).

In an astounding move, Frey ordered the city’s Third Police Precinct to be evacuated, allowing the mob to burn it down. It was just ‘brick and mortar’, he dismissively said when challenged. The torching of the police station was highly symbolic, essentially signalling that officials no longer felt they had the moral authority to insist on order. It gave a green light to more rioting.

Nationwide, Democratic Party politicians, including former president Barack Obama and presidential hopeful Joe Biden, followed the softly, softly approach adopted by Walz and Frey. In their statements, neither Obama nor Biden could bring themselves to condemn the rioting, instead focusing on historic injustices. It took the black mayor of Atlanta, Keisha Lance Bottoms, to say what her fellow Democrats were afraid to say: that the rioting was hurting the people they claimed to be fighting for. Bottoms’ excellent, impassioned statement, along with a message from the rapper Killer Mike (a fellow Atlantan), exposed the establishment Democrats as out-of-touch and patronising – they were clearly not aware that many black people did not support the rioters.

While Bottoms and Killer Mike had a more realistic assessment that seemed to resonate with many, it was telling that they too were not able to impose their own leadership and get a grip on the deteriorating situation in Atlanta. It seems even they couldn’t stop young people from rioting and looting. The disaffection and alienation among sections of black youth is perhaps worse than first understood.

In the wake of Floyd’s killing and the eruption in cities, there is a lot of renewed talk about how irredeemably racist the US is. Frey said the protests stemmed from built-up anger and sadness ‘ingrained in our black community not just because of five minutes of horror, but 400 years’. This commonly held view expresses a deep pessimism, as if there has been no progress over the centuries and blacks will remain perpetual victims.

With so many promoting a bleak outlook, it is easy to forget that nearly all Americans of all races agree that the killing of George Floyd was appalling and wrong. They know it was unjust. And at the same time, most Americans know that looting and rioting is bad. They don’t want to see their cities burnt to the ground. We’re suffering enough economic hardship from the virus-prompted shutdown as it is, and the riots only compound this. Of course, there is far from consensus on all issues regarding race, the economy and other areas. But we have more in common than the race fatalists will allow. That’s something we can build on.