State institutions continue to prop up businesses and sectors in desperate need of restructuring. 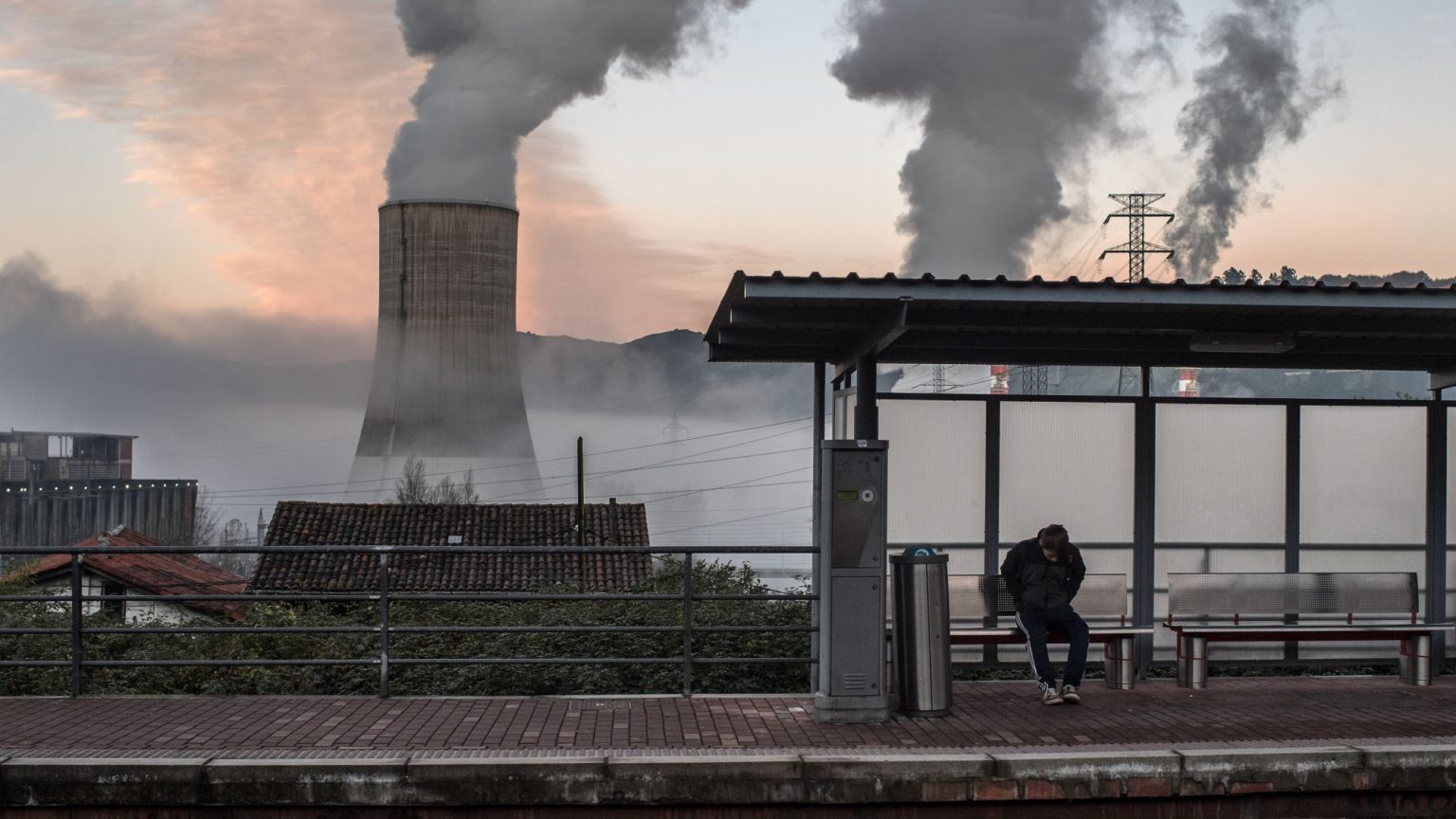 Not that that EU Commission seems too worried. While predicting that the EU economy will contract by 7.7 per cent this year, it believes it will grow again by six per cent next year.

The German Council of Economic Experts predicted something similar for the German economy a few weeks ago. Like the EU, it believes we are most likely facing a so-called V-shaped recession – a sharp economic decline followed by a quick recovery. The GCEE did warn that there was a possibility of a long U-shaped recession, in which the economy declines sharply and takes a year or two to recover. But that scenario depends on the lockdown measures taken to contain the pandemic being extended beyond the summer.

There was no mistaking the optimism of both the GCEE and EC. But it is misplaced. Such are the unresolved problems of the German and other European economies that there is unlikely to be a recovery in the short term.

Indeed, an L-shaped recession, in which a depression occurs but without a return to trend-line growth, has already been a bitter reality for many EU countries since the financial crisis in 2008. In subsequent years, economic recovery has progressed only very slowly. Indeed, even with billions of euros expended in fiscal and monetary stimulus, it took five years for the EU to recover from a 4.3 per cent contraction in gross domestic product (GDP), and return to pre-crisis levels.

In the eurozone, it took even longer. Spain and Portugal only reached their former levels of economic performance in 2017 and 2018 respectively, while both Italy and Greece were still well below pre-crisis levels even before the pandemic hit.

The effects of the L-shaped aftermath of 2008 have been all too palpable. In Italy, youth unemployment stands at 30 per cent. In Greece, it is running at 35 per cent. Even if one excludes all 15- to 24-year-olds in education, the net youth unemployment rate in these countries is still 19.2 and 14.1 per cent respectively.

Germany managed to avoid the worst of the fallout from the financial crisis, and returned quickly to its pre-crisis level. Yet, from 2014 onwards, the German economy has only been registering two per cent growth per annum. It has been reliant on domestic consumption, and, thanks to the weak euro, exports. But corporate investment has remained weak.

This means that the pandemic hit an already weak European economy. Indeed, it was an economy facing recession. Since early 2018, German industrial production had already fallen by six per cent, and the automotive industry, which had boosted the German economy for decades, saw production fall by 20 per cent.

What’s more, there are few indications that the economy will recover during the current crisis. This is because it is taking a different form to previous economic crises.

Since the end of the 1960s and the postwar boom, economic crises have regularly and typically occurred because the weak profitability of companies weakens their capacity for new investments. But these same factors that lead to a decline in growth also create the basis for renewed growth. This is because the unprofitable companies are forced either to close down or restructure and, depending on the severity of the crisis, the capital stock of companies is devalued more or less significantly. The profitability of the remaining capital rises, and the surviving companies are forced to invest in new technologies – especially if they face strong competition. They thus leave the crisis strengthened.

But the corona-induced economic crisis is principally a liquidity crisis, not a profitability crisis. Liquidity, not profitability, is now the most important survival criterion. This is because if markets or supply chains collapse, a sufficient financial buffer is essential – especially for capital-intensive companies with large fixed costs. Without liquidity, companies run the risk of debt defaults or chronic over-indebtedness. And if debt exceeds the value of a company, it can be subject to insolvency proceedings.

This is why the German government rescinded insolvency rules very early on in the corona crisis. In addition, the state now assumes the full liability for liquidity support, which is paid to companies in the form of Kreditanstalt für Wiederaufbau (KfW) loans.

These state measures aim to prevent the destruction of companies, regardless of their profitability. But this causes its own problems. Rescuing all companies prevents the capital devaluation of unprofitable ones. Hence, the self-healing which is typical of cyclical crises is not taking place during the corona crisis. Instead, the economic substance of many companies, which were profitable and competitive until now, gradually evaporates.

Don’t save the economy – restructure it

If the state-funded bailout programmes remain in force, an L-shaped recession will become difficult to avoid. This approach is a legacy of the 2008 crisis. It means that instead of trying to restructure the economy at the European level and protecting the good – and mostly new – companies, and removing the weak ones from the market, state regulation, as well as economic and monetary policy, has preserved defective business models.

The past 10 years of lost growth and stagnation have shown the folly of this approach, with companies preserved but investment levels low. It looks as if monetarism has failed. This was recognised by Hans-Werner Sinn, the former president of the Institute for Economic Research, in 2017:

‘The creative destruction that creates the basis for the new upswing is… prevented by the world’s central banks which keep interest so low and asset prices so high by the sale of securities, that the bubbles no longer burst, or, if they burst, the return of asset values to their normal level is prevented… This avoids a severe crisis, but the economy slides into creeping decay and a permanent crisis instead.’

Yet state institutions are reluctant to change what is a failing approach. Deeply conservative in orientation, their primary aim now, as in 2008, is economic stabilisation. They want to avoid the disruptive change caused by radical technological innovation or by cyclical crises. And it is this economic risk-aversion that has created today’s economic stasis.

Even good companies now rarely succeed in making technological breakthroughs in the market. Corporate investment has declined in Germany and other developed economies to depression-era levels. Labour productivity, the most important indicator of social wealth, and the foundation for rising real wages, is now near enough stagnant. The result is a zombie economy, in which people’s living standards remain static.

Early on in the corona crisis, it was clear that the advanced economies were pursuing no more than economic stabilisation, albeit using incredible amounts of money. The focus is still on rescuing the weakest companies and industries instead of restructuring them. Under the guise of rescuing jobs, this approach protects the interests of private investors, and of the stock and financial markets.

For example, the automotive sector and the aviation industry were already struggling, largely because they suffer from overcapacity. Restructuring them was and is absolutely necessary. Yet state activities aim at conserving them as they are.

The aircraft industry, in particular, will suffer from the fact that the corona crisis has led people to use new forms of communication. Yet, rather than face up to this reality, and restructure the sector so it can continue profitably without state support, the German state is now subsidising Condor and Lufthansa and protecting investors.

The European Central Bank’s corporate bond purchases are another indication of the institutional orientation towards stabilisation. The objective of buying corporate bonds is to provide companies with immediate liquidity. Yet this corporate-bond scheme threatens to become a permanent instrument for financing unprofitable companies, further zombifying the economy.

We are entering a pivotal moment, one which could define social and economic life for years to come. Yet it seems state institutions fear the destabilising effects of the zombie economy’s death throes far more than the debilitating effect of a long-term depression.