The terrifying dystopia of the ‘new normal’ 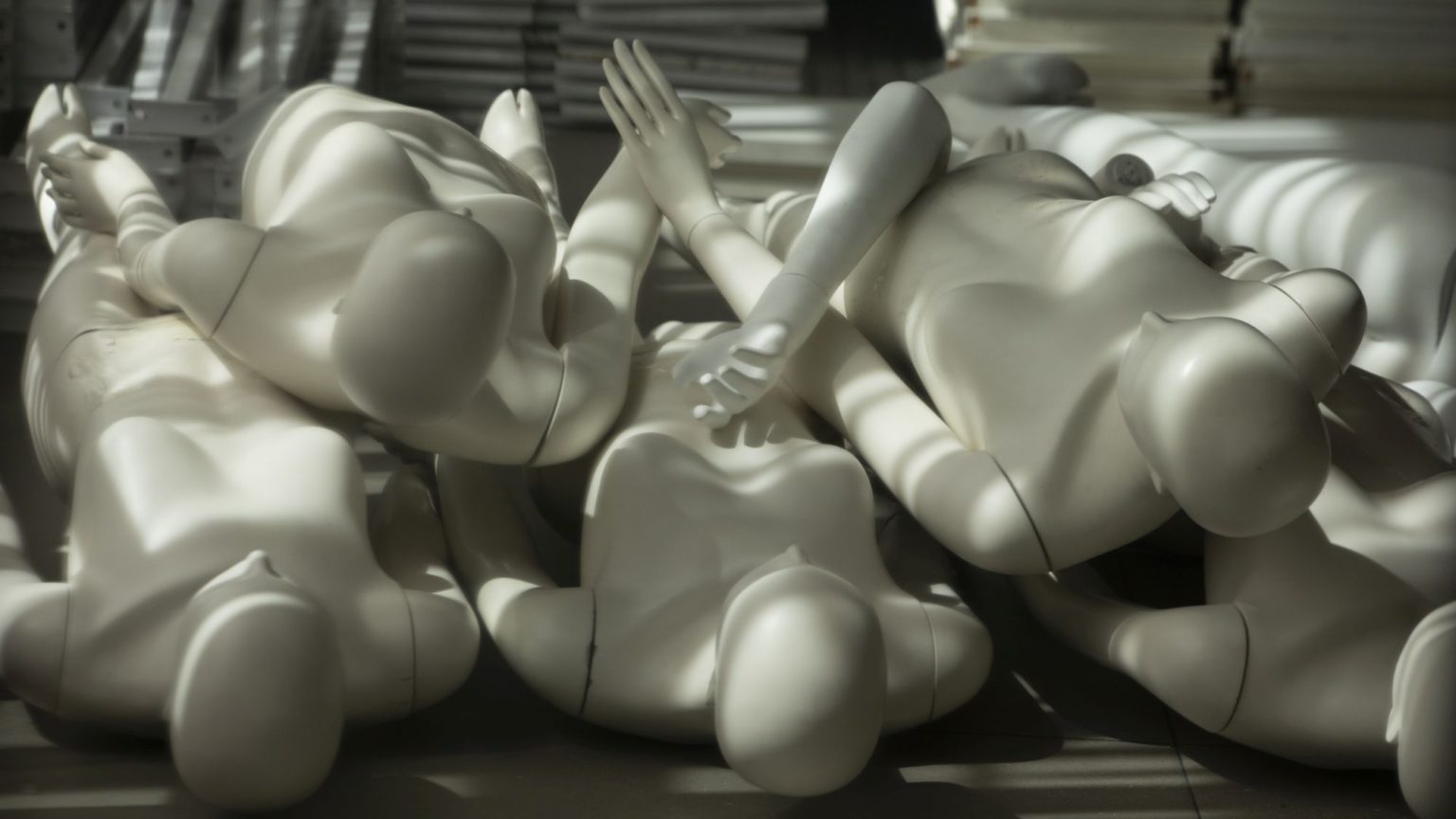 We are constantly told that society will not return to normality any time soon – if indeed it ever will. Instead, we are supposed to get used to the ‘new normal’. If the following examples, amusing as they are depressing, are anything to go by, then that new normal will be utterly dystopian.

A bar in Maryland in the US has invested in large, mobile discs, supported by trolleys, for customers to wear around themselves, allowing them to drink at a safe distance from each other.

Meanwhile, a cafe in Schwerin, Germany, distributes hats with children’s swimming floats attached to remind disobedient patrons not to stray too close to others.

A cafe in Germany has celebrated its grand reopening to customers after lockdown by handing out hats with pool noodles attached to the top in order to maintain social distancing https://t.co/3mXt0v3u3A

In Oregon, USA a strip club found a way around the lockdown rules barring non-essential businesses by diversifying its offering. The club has transformed itself into a drive-thru eatery, which also happens to have mask-clad performers providing entertainment for drivers awaiting their food orders.

These Reuters photos of a strip club in Oregon operating as a drive through takeaway service confirm that we have reached the neon anime sci fi part of our future dystopia. pic.twitter.com/kRKOVz5CWE

Many sporting fixtures will be played behind closed doors or in empty stadia, creating an eerily quiet atmosphere.

TV coverage of the NFL is set to feature artificial crowd noise to compensate for the absence of fans. This is ‘pretty much a done deal’, according to Fox Sports reporter Joe Buck. He also suggested images of crowds might be used to make the experience for TV viewers as close to the real thing as possible.

South Korean team FC Seoul has used an alternative approach, ‘accidentally’ placing sex dolls – seemingly socially distanced from one another – in the stands, in place of human supporters. The dolls were even equipped with masks to send the right message.

Similarly, the French version of the karaoke show Don’t Forget the Lyrics! has replaced its live studio audience with balloon mannequins, some of which have screens to beam in people’s faces from home.

The President of Serbia just held a virtual rally with his supporters clapping via video stream. Looks very dystopian and creepy.
pic.twitter.com/3O7yuvm9r2

The UK’s health secretary, Matt Hancock, was channelling Big Brother last month when he made an announcement via a giant screen beamed at socially distanced doctors and health workers. The staff were even formed in orderly lines to receive the wisdom pouring forth from Hancock’s supersized head.

Matt Hancock appeared at the NHS Nightingale hospital in Birmingham via videolink.

The ‘new normal’ is starting to look like a living nightmare.