Identity politics vs the wisdom of the crowd

Douglas Murray's The Madness of Crowds provides a compelling take-down of the woke left. 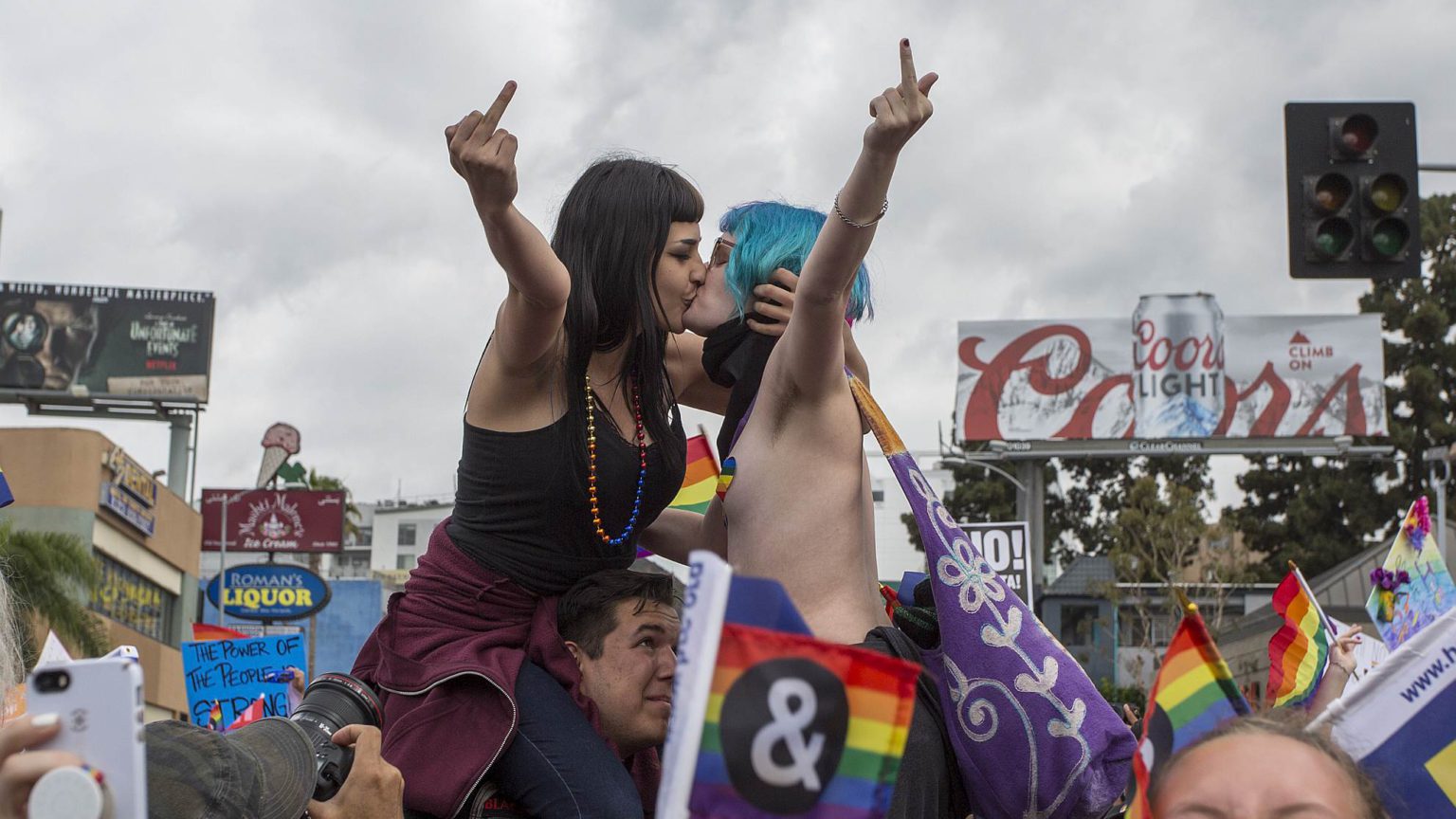 In The Madness of Crowds: Gender, Race and Identity, Douglas Murray, a renowned slayer of all things politically correct, asks two questions: What is wrong with identity politics? And who is responsible?

To the first question, he answers that identity politics conflicts with human nature. Humankind, he says, has a two-way relationship with its biological nature. So, while society shapes human nature, human nature can also inform society. With the biological quality of being male or female, this means recognising that men and women are biologically different and play different gendered roles in society. But with the biological quality of race, this means recognising that racial differences can be overcome in society. Today’s identitarians invert these two realities. They seek to downplay or even erase gendered roles based on sex while highlighting and celebrating racial differences. Identity politics is premised on seeking to overcome meaningful male and female roles while seeking to create meaningless racial differences.

The logic of identity politics culminates in the idea of trans identity. The person who is born male but later declares he is female (and vice versa) is challenging the binary and fundamental nature of sex. He is saying: ‘Whatever biology may say, I have the right and the power to change my sex.’ And by requiring society to facilitate this change and to then recognise it, the identitarian is saying, ‘Gendered roles are social fictions, which must yield to individual preference’. Trans identity denies the biological reality of sex and the social desirability of gender.

The key problem with identity politics, argues Murray, is that it ruptures the link between scientific reality and social need. He notes that ‘our societies have doubled down on the delusion that biological difference can be pushed away, denied or ignored’. As a result, Western cultures now engage in ‘societal self-delusion over biological reality’. Murray concludes that ‘we have begun trying to reorder our societies not in line with facts we know from science but based on political falsehoods pushed by activists in the social sciences’.

Murray organises his argument around the four key identities of trans, gay, women and race. He criticises each for the way it jars with human nature and social reality. When it comes to the three sex-based identities of trans, gay and women, Murray is most scathing about the trans movement, which he suggests is so ‘morally stupefying’ that future generations may come to view it in the same way that we now look down on the slave trade.

On gay identity, Murray challenges those who claim that people are born gay. This is important because it makes it easier for society to debate the issue of how far gay rights should go. Murray, a gay man, implies that with issues like gay parenting, society may have gone too far. Indeed, he suggests that in the future, society may view this issue ‘with the kind of shame’ with which we now view the criminalisation of homosexuality, not least because, when it comes to gay men as parents, women are written ‘out of perhaps the most important story any person could ever be involved in’.

And on women’s identity, which is peddled by high-powered career women, Murray explains how the desire to reprogramme natural instincts – such as motherhood – jars with reality. He cites an academic study that troubled feminists when the results were summarised in Newsweek in 2017, under the headline: ‘Men with muscles and money are more attractive to straight women and gay men – showing gender roles aren’t progressing.’ This feminist notion of ‘progress’ is, concludes Murray, ‘unachievable’. Some aspects of physical attraction are biological in nature. Murray claims that ‘our societies have arrived at a stage of seemingly industrial-strength denial’ about gendered roles that were ‘valid the day before yesterday’.

On race, Murray traces the transformation of liberal societies from being racist to being race-unbothered, and now to being race-obsessed. His chapter begins with Martin Luther King’s speech from the steps of the Lincoln Memorial in Washington DC in 1963, when he longed for the day that people ‘will not be judged by the colour of their skin but by the content of their character’. And his chapter ends with a speech in 2019 from a white professor, Robin DiAngelo, who specialises in ‘whiteness studies’. In the speech she asks for forgiveness for her skin colour: ‘I’d like to be a little less white, which means a little less oppressive, oblivious, defensive, ignorant and arrogant.’ And she says white people who see others as individuals rather than in terms of their skin colour are in fact ‘dangerous’. Murray concludes by pointing out that race-obsessed identitarians, like DiAngelo, judge people by the colour of their skin, rather than by the content of their character. ‘It took only half a century for Martin Luther King’s vision to be exactly inverted’, he notes.

While Murray’s critique of what is wrong with identity politics is powerful and forthright, his explanation as to who is responsible is less compelling. The problem, writ large in the title – ‘the madness of crowds’ – is that the crowd is not responsible for the ‘madness’ of identity politics. Most members of the crowd think that trans identity is bonkers, gay rights have gone too far, and that the feminist challenge to traditional gender roles is alien to their lives. They also get on fine, regardless of race, and despair at the identitarians’ constant desire to racialise society. Identity politics comes from a minority that is seeking to impose its elite ideas on a people who view society in a practical, pragmatic and harmonious way.

Murray also goes astray by blaming Marxism, as developed by left-wing academics, for identity politics. Superficially, the argument is attractive because the left has responded to the waning of class as a social force by replacing it with identity. Murray notes that whereas Marxists used to criticise society for the oppression of workers by capitalists, their tenured successors now criticise society for the oppression of minorities by majorities. Gays, non-whites, women and trans people are, so the leftist discourse goes, oppressed by tyrannical male overlords. They are, according to today’s pseudo-Marxists, kept down, oppressed and sidelined by a ‘white, patriarchal, heterosexual, “cis” system’. And, claims Murray, just ‘as Marxism was meant to free the labourer, so in this new version of an old claim, the power of the patriarchal white males must be taken away and shared around more fairly with the relevant minority groups’.

But the left’s movement from a politics based on class to one based on identity, which Murray uncritically accepts as Marxism, is problematic for two reasons. First, Marx saw human nature and society as a constantly evolving relationship. He never denied human nature. He simply saw it as something that is mediated by society. Today’s left has turned Marx’s ideas upside down, and bastardised what Marx actually said.

Secondly, Marx saw the working class as playing a progressive role in society because it was able to champion the interests of humanity as a whole. When the left replaced this working class and its universalising role with a force that expresses woke minority interests, it both deprived Marxism of its progressive role and turned it against the majority – or, in other words, the crowd.

Traditionally, it was the right that feared the crowd, often by referring to it as ‘the mob’. And it was the left that championed it, as ‘the people’, and so on. But no more. It is now the left that, having cynically thrown its lot in with minorities, has turned against the majority.

The Madness of Crowds tells us much about the identitarian left’s exploitation of minorities. As Murray puts it, the advocates of this ‘new religion’ of identity politics have succeeded in using ‘gays and women and those of a different skin colour and trans individuals as a set of battering rams to turn people against the society they have been brought up in’. Indeed, it is when he is skewering the identitarian left for its inability to connect with ordinary people that Murray is at his best.

But The Madness of Crowds also speaks to the limits of a conservatism that fails to appreciate the extent to which the left has abandoned so much of its own radical tradition. Its supposed Marxism is little more than a cover for what is now a thoroughly reactionary project.

The crowd is not mad. It is merely waiting for the leadership that can inspire it to turn against the madness of identity politics. The Madness of Crowds inches in this direction, but it is too reluctant to embrace the crowd to get there.

Jon Holbrook is a barrister. Follow him on Twitter: @JonHolb. His essay on ‘The Rise and Fall of the Rule of Law’ is published in the book From Self to Selfie: A Critique of Contemporary Forms of Alienation.

The Madness of Crowds: Gender, Race and Identity, by Douglas Murray, is published by Bloomsbury Continuum. (Buy this book from Amazon(UK).)