How to become a federal criminal

Mike Chase on the strangest criminal laws in the US. 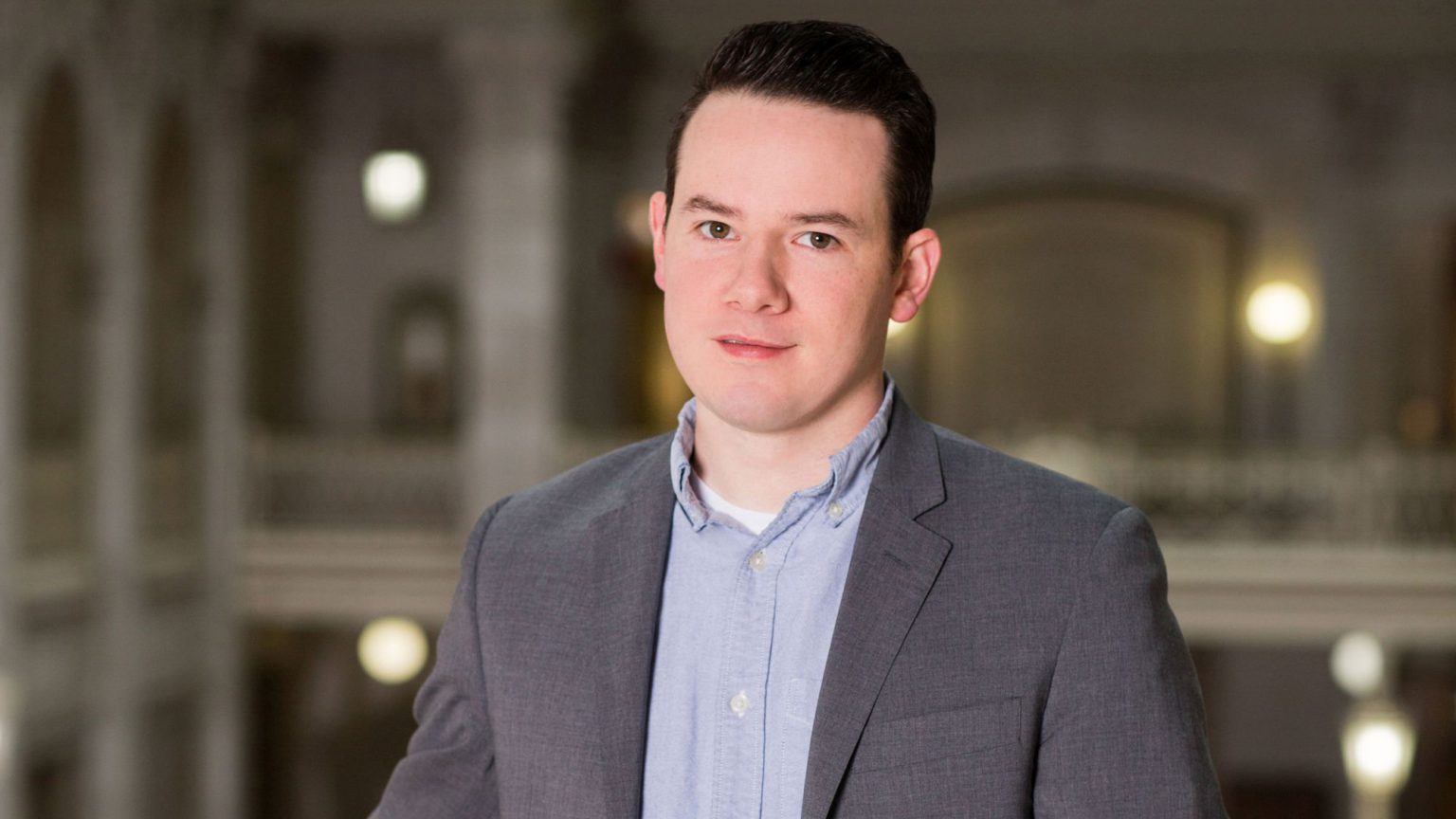 The United States is supposed to be the land of the free. But in practice, the number of laws and rules which have to be adhered to call this claim into question. In 2014, Mike Chase, a white-collar criminal defence lawyer, set up the wildly successful @CrimeADay Twitter feed. It draws attention to the overwhelming volume of criminal laws on the books by highlighting some of the maddest ones. Imprisonable offences in the US include clogging a toilet in a national forest, writing a letter to a pirate, and using a falconer’s falcon to make a film that isn’t about falconry. The Twitter feed has now become an illustrated book, How To Become A Federal Criminal. spiked caught up with Chase to find out more about these strange laws and what they mean for liberty.

spiked: Which are your favourite unusual crimes?

Mike Chase: I love food crimes. I love that in the United States, you can’t sell ketchup that is too runny. And that is defined as ketchup that runs faster than 14cm within 30 seconds at 20 degrees celsius. The United States has embraced the metric system when it comes to putting people in prison.

I like animal crimes, too. It is not that I like to see animals get hurt, but these crimes are all based on really stupid and gross things that people have done to animals over the years. I like to think about people who tried to ride manatees or who tried to shoot a fish from an aeroplane. I have always been of the view that if you can shoot a fish from an aeroplane, you should be able to keep the fish. We shouldn’t arrest those people for a good shot. But the feds want to lock those people up.

spiked: Where do these crimes come from?

Chase: I think they come from three places. You have garden-variety crimes which we would all want to prohibit: murder, fraud, all that kind of stuff.

But then there are these laws that come from regulators – people who are not elected, people that you would never know if you walked by them on the street. They pass rules, and they don’t have to go through the legislature. They just pass rule after rule after rule. Congress will pass a broad law that says any violations of their regulations are a federal crime. And so without any action by the lawmakers, regulators end up effectively creating law. And so we end up with hundreds of thousands of things that are prohibited.

The final category is Congress making reactive laws. When somebody is afraid of some very bizarre thing happening, they lobby Congress to get a law passed. The flipside of that is old concerns that are no longer concerns. But because nobody ever goes through to clean up the books, we just have these old laws that hang around.

For instance, the United States used to be very concerned about pirates and piracy. And so we have a huge number of pirate crimes on the books. Certainly there is piracy that happens in other parts of the world, but we don’t have a lot of pirates anymore around the coasts of the United States, and there and very few pirate prosecutions.

But there are some statutes that are so vague that still result in prosecutions. There is one federal statute that says it is a federal crime to board a ship that is about to arrive at shore but hasn’t yet – that’s all it says. It was designed to prevent pirates. It was passed back in the late 1700s or the early 1800s, but in the early 2000s there were some Greenpeace activists prosecuted for violating that statute because they boarded a ship during one of their protests.

36 CFR §2.16(f) makes it a federal crime to make an unreasonable noise or gesture to a passing horse.

spiked: Which of these laws are regularly catching people out?

Chase: The United States gets very concerned about the movement of money, for obvious reasons. One of the laws listed in the book is that it is a federal crime to leave the country with more than $25 worth of nickels, which are the most useless coin in the United States. But in terms of the movement of money, there are people who are detained and charged every day at the ports for having what the government decides is too much cash. And it doesn’t have to be cash that’s intended for any illicit purpose, like drug money or to support terrorism. If the government decides you have too much cash and you didn’t tell them about it, that’s a crime.

spiked: What are the dangers of having all these crimes on the books?

Chase: We really have to ask ourselves, how much power do we want to give the government. Because when the government gets blanket authority to pass laws that prohibit all sorts of conduct, that should be a scary thing for anybody.

There is a sense right now that more people are being prosecuted for political reasons or over political disagreements. When you have virtually limitless laws, the people in power, if they disagree with you, can single you out and then pick the crime later.

Also, most of us expect to know when we are committing a crime. The law presumes that you know the law. We often hear the phrase ‘ignorance of the law is no excuse’. That idea developed at a time when there were a dozen or so federal crimes. But when there are more than 300,000 federal crimes, the law is inherently unknowable. That’s a scary thing, because we just take it on faith that we are not breaking the law.

You have vast numbers of agencies that have various purviews. So the Food and Drug Administration, Environmental Protection Agency, for example, all of these agencies that exist in the executive branch of the United States government have rulemaking authority. Nobody pays attention to what they are doing. And not only does the bureaucracy get to pass limitless rules, but also, when those rules are tested in court, the courts defer to the agencies in interpreting them. Nobody can keep abreast of everything that is prohibited in the United States. And you end up with all of these criminal rules that weren’t passed through Congress, but were passed by people who you can’t vote out of office and whose names you don’t even know.

spiked: Is America no longer the land of the free?

Chase: Liberty was core to the founding of the United States, but it is something we have ceded year after year. While Americans can do things that the rest of the world thinks are dangerous, there are also so many things that you cannot do that aren’t inherently harmful. There are so many victimless crimes. And when virtually every aspect of your life is regulated by the government, what does liberty mean anymore? It has become a vanishingly narrow concept. 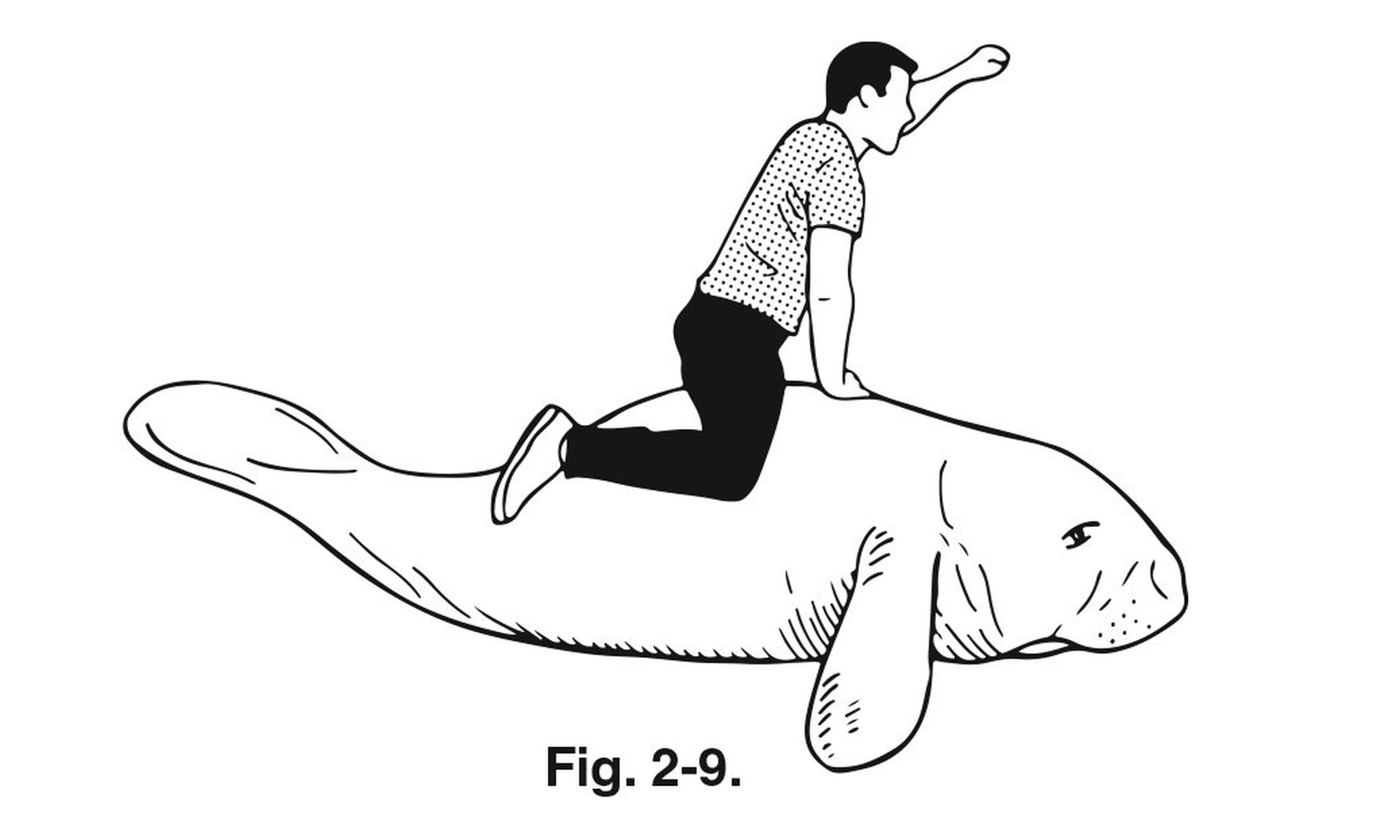 The Florida Manatee Sanctuary Act prohibits manatee rides, while federal crime 16 USC §1375(b) subjects manatee harassers to up to one year in prison.

spiked: What problems do these laws cause for courts?

Chase: They don’t create as many problems for prosecutors as they should. I think they actually embolden prosecutors. When we have broad, sweeping and vague laws, prosecutors can put you into the criminal-justice system at will.

Yes, in the United States the burden of proof is on prosecutors, not you. But these laws actually end up flipping the burden. You have got to find a way to say that the law they are using doesn’t apply to you or that the facts don’t fit that law. Juries are increasingly asked not just to decide if somebody committed the crime, but also to decide if something is a crime at all.

Then there is the Supreme Court. There was a case back in 2015, Yates v United States. There was a guy who was arrested off the shore of Florida for catching some fish. He threw the fish overboard because he found out that wildlife officials were back at shore. The prosecutors didn’t really have a statute that fit the crime so they charged him with what was, in effect, a document-destruction statute. The defendant had to go to the Supreme Court to argue that a fish is not a document and that he should not have been charged for this. He had to go through three courts, all the way to the Supreme Court, before it was determined that he did not commit a crime. These cases can bankrupt you and can deprive you of your liberty. And the stress of being a defendant in a criminal case is immense.

What I have been trying to do is get America to laugh at and ridicule the people who have allowed this system to develop. It will be through our collective mocking of the people in power that we can finally change this.

How to Become a Federal Criminal: An Illustrated Handbook for the Aspiring Offender is published by Atria Books. Buy it on Amazon (UK) here.