How ‘woman’ became a dirty word

Trans activists are demanding the erasure of womanhood. 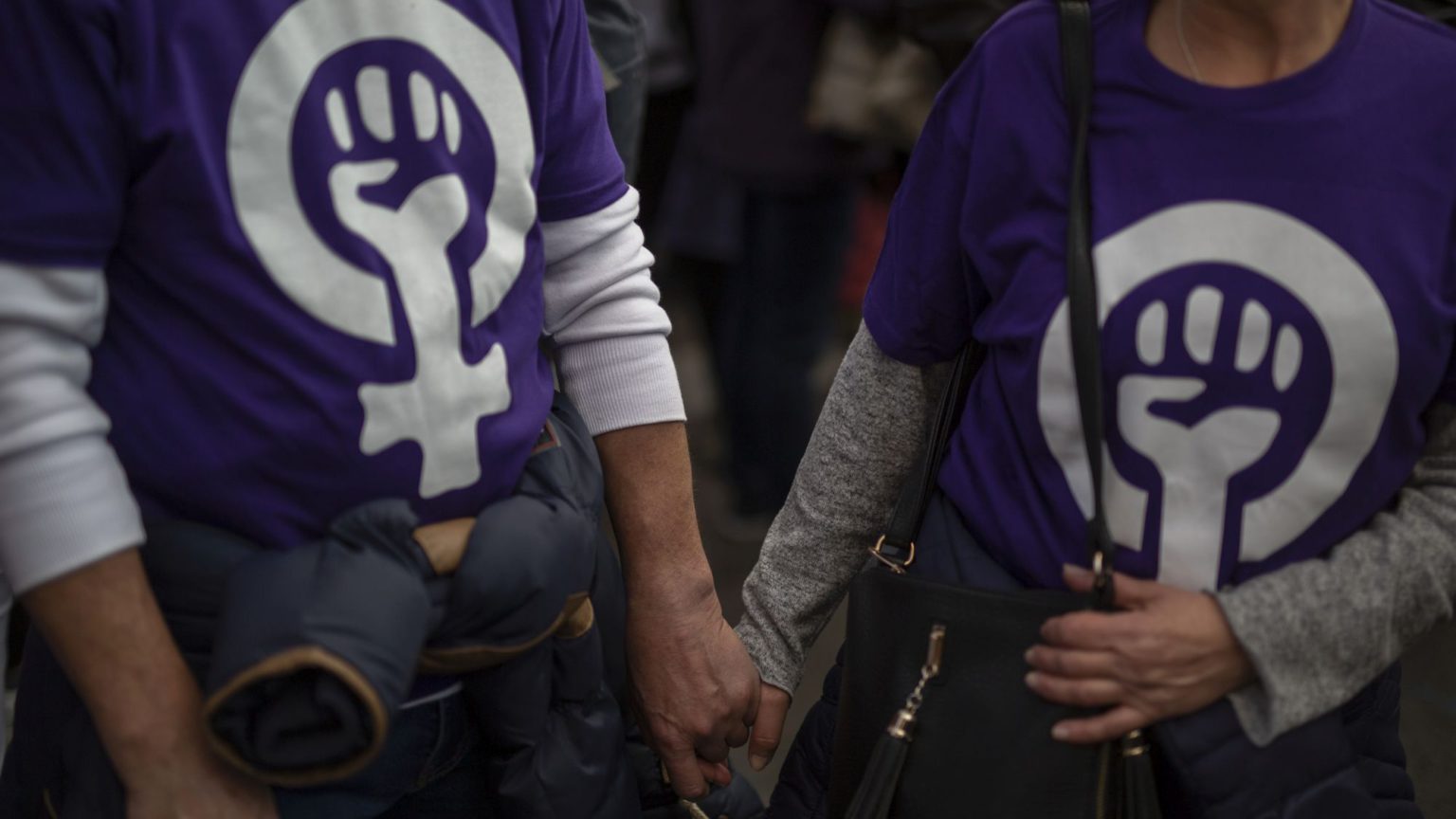 This Sunday is International Women’s Day. I’ve got to confess, I’ve never been much of a fan. It’s always seemed like an excuse for middle-class women with good jobs, fat salaries and nice lives to revel in smug self-pity. There are lots of reasons to want to see the back of this yawn-fest. But the idea that ‘women’ is an offensive term that needs to be redefined or, better still, erased from our vocabulary? Give me a break.

And yet, this is exactly what is happening. Earlier this week, to mark International Women’s Day, Sefton Council on Merseyside raised flags outside Bootle and Southport town halls. Woke flag-raising is a thing now. We’ve all become familiar with the rainbow flag to signify gay pride, but there is also a flag for bisexual pride; a blue, pink and white flag for ‘transgender day of remembrance’; and a purple, green and white flag to signify genderqueer. There’s even a flag to represent the asexual community: its design was agreed through a multistage vote, natch. So, what flag to fly on International Women’s Day?

Sefton council went with a flag declaring, ‘Woman, noun, adult female’, which seems fair enough. However, this simple, brief definition raised the ire of one man, Adrian Harrop. Harrop, a GP and LGBT activist, is always quick off the mark when it comes to outrage by proxy. He tweeted at Sefton Council, ‘the flag you’re flying at the moment is a hostile transphobic dog whistle’. Another man, Sefton councillor Leo Evans, raised the alarm with those in charge of flags and responded to Harrop: ‘@seftoncouncil is and should be an [sic] diverse and inclusionary council, not one that seeks to exclude anyone.’ And that was all it took. At the behest of men, the flag to mark International Women’s Day was removed and apologies were issued. And now we all know: Sefton is an ‘inclusionary’ council as long as it is not uppity women who expect to be included. They can be insulted as ‘dogs’.

It’s not just on Merseyside that International Women’s Day is now considered ‘problematic’. At Leicester University, students have planned a week of festivities – but the word ‘woman’ is nowhere in sight. Instead, students are celebrating ‘International Womxn’s Week’, a move instigated by their trans-woman women’s officer, Dan Orr – a biological male, otherwise known as a man. In a newsletter to students, the university explained: ‘We use the term “womxn” as a more inclusive spelling of “women” that includes any person who identifies as a womxn.’ So that’s clear. The category of women no longer refers exclusively to adult females; rather, it has expanded to include any man who feels like calling himself a woman.

This new definition of womanhood was spelled out by Lola Olufemi, a feminist and ‘organiser’, in a statement read out at a recent conference commemorating the 50th anniversary of Ruskin College’s inaugural Women’s Liberation Conference. Olufemi helpfully explains that ‘woman is an umbrella term’ under which anyone supportive of her worldview can ‘gather to make their demands’. It takes an unbelievable degree of arrogance to impose your own definition on words and, in so doing, exclude females who were fighting for women’s rights before you were even born. The consequences of this redefinition were soon made clear: an actual woman – the feminist, author and professor, Selina Todd – was effectively No Platformed from the conference after Olufemi refused to speak if Todd was on a panel. When ‘women’ becomes ‘an umbrella term’, females are silenced.

The word ‘woman’ has become blasphemous. At Edinburgh Science Festival, a talk by American author Maisie Hill on ‘period power’ was billed for all ‘humans with uteruses’. Women suffer a double humiliation: first, they are reduced to their reproductive organs and hormones, and then they are dehumanised as a group that cannot be named.

When women cannot name themselves, they cannot make collective demands or make their voices heard. The cartoonist Stella Perrett has regularly had her work featured in the Morning Star. Her most recent work, ‘endgame’, shows an alligator telling newts in a pond: ‘Don’t worry your pretty little heads, I’m transitioning as a newt.’ The Morning Star initially published this cartoon before retracting it from its online editions and issuing an ‘unreserved’ apology for any offence caused. A longstanding female contributor and an important discussion on women-only spaces could both be expelled and apologised for like a bad smell. Now that’s offensive.

Back in 1963, Betty Friedan described the unhappiness experienced by American suburban housewives as ‘the problem that has no name’. Second-wave feminism kicked off with women defining their experiences and putting a name to their frustrations. Women have come a long way in the intervening decades. We have won legal battles for reproductive rights, equal pay, access to education and all sectors of employment; many women have thrived and some now outperform men when it comes to pay and work. But making women into a group that has no name risks turning the clock back on all these hard-won victories at the behest of a tiny group of bullying men, cowardly officials and young women fortunate enough to grow up in a society that not only has gender equality, but has also flattered their every whim. We cannot let them win. For this reason, for the first time ever, I’m going to raise a glass to International Women’s Day.