Bringing Marx back to life

Martin Hägglund's This Life offers a bold vision of freedom. 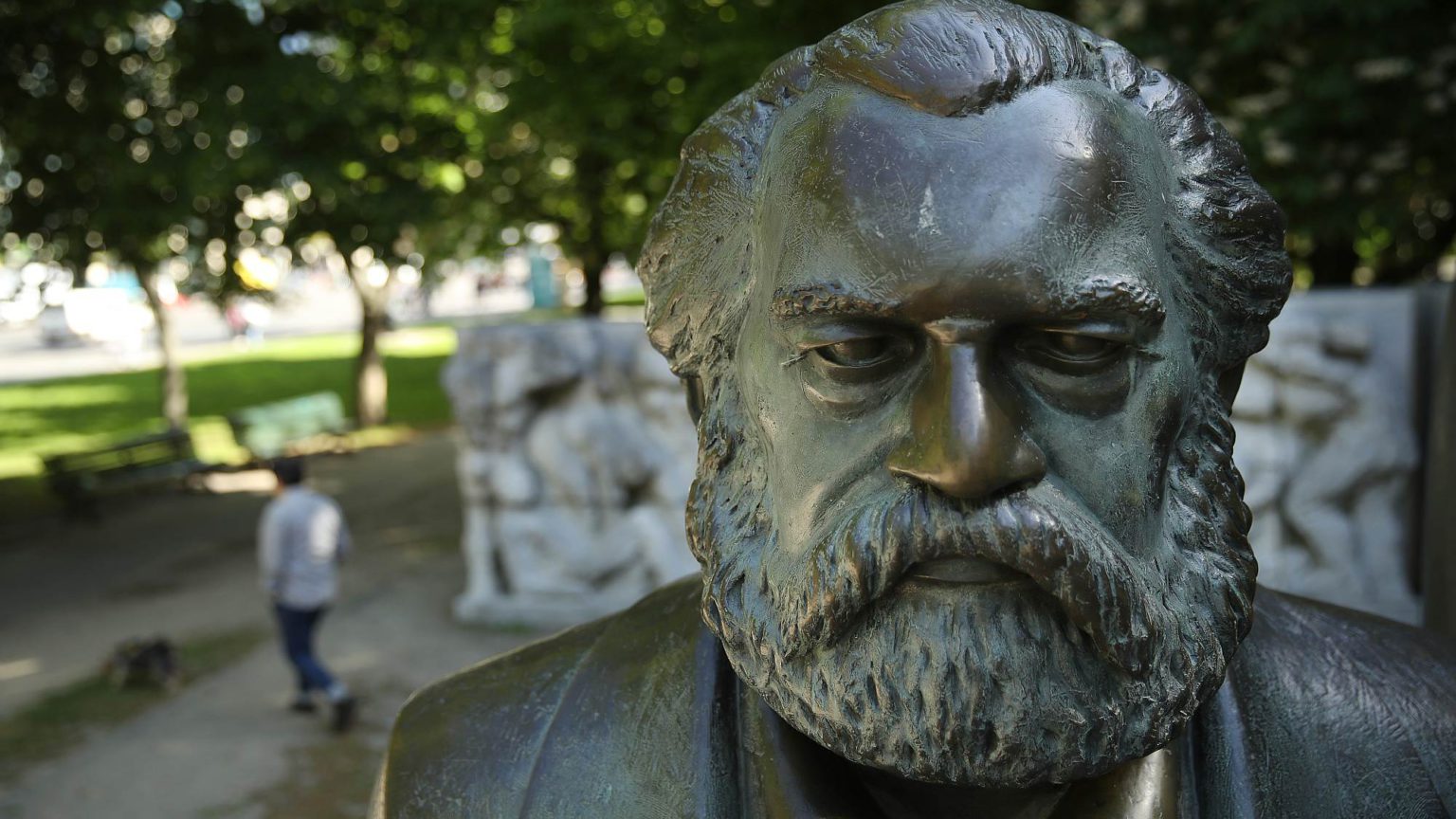 Martin Hägglund, a literary critic and philosopher at Yale University, has written an important new book, which offers a bold and convincing re-articulation of some of Karl Marx’s key ideas.

This Life: Secular Faith and Spiritual Freedom has two laudable aims. First, Hägglund sets out to reject the religious idea of eternity and any attempt to justify human life on a religious basis. The only justification for human life, he argues, is secular.

Second, Hägglund sets out to use this account of life’s secular value to attack contemporary forms of unfreedom – specifically capitalism. In doing so, he breaks from the dusty scholasticism of contemporary academia, and sweeps through a broad range of figures, from St Augustine to Kaul Ove Knausgard.

The first half of the book is devoted to attacking the fundamental idea common to all major religions: that this life and this world are fundamentally unsatisfactory and transient, or, at the very least, reliant on the eternal for their meaning and purpose.

Atheists usually attack the validity of the eternal or religious conception of the world by denying the existence of a hereafter. In doing so, atheists concede, implicitly at least, that this hereafter world of eternal love, happiness and freedom from care is a good or desirable one, even if it doesn’t exist. But Hägglund calls into question the very desirability of the eternal. He argues that the need to find a stable and secure eternal world to compensate us for the un-satisfactoriness of this life is nonsensical.

He argues instead that we can only care about things that are transitory and vulnerable. Our loved ones may die, or we might fail in the important things we try to do with our lives. But rather than seeking solace in the thought of eternity and God, the fragility of our lives should instead serve as a wake-up call for us to take our lives ever more seriously. This life is valuable because our time is precious, and because our time is precious we have to be careful how we spend it.

Hägglund wants greater individual freedom, and the key to this, he argues, is democracy. He celebrates the Marx that would today be dismissed by many on the left as hopelessly individualistic. He says that ‘free time is… both the means and end of emancipation’ since it allows for, quoting Marx, ‘the artistic, scientific, etc, development of individuals’. Likewise, he sides with Marx on democracy. ‘Democracy is the solution to the riddle of every constitution’, wrote Marx, since only in democracy do ‘we find the constitution founded on its true ground; real human beings and the real people… posited as the people’s own creation’. Hägglund also agrees with Marx that capitalism represents a dramatic step forward in human history.

The problem for Hägglund, and for Marx, is that as much as capitalism opens up new opportunities, it ultimately constrains us. Under capitalism, what is valuable is profit, and so we need to sell our labour for a wage to have money to live. This is a step forward as it recognises our time as valuable. Hence we are paid wages in exchange for giving up certain portions of it. But, as Hägglund argues, time is clearly not considered valuable enough, or else we’d organise society in such a way as to allow us to have as much time as possible to do with as we see fit, rather than organising society so that our employers can use our time to increase profits.

In reality, of course, we don’t value our wages as such. We value what we get to spend our wages on. We labour for a wage, but we recognise that what is truly valuable is what we do with our wages in our free time. Thus the problem is that, so long as we ascribe ultimate value to profit and are committed to labouring for a wage, we can’t do justice to what we really value, which is time spent on the things we freely choose to devote our time to. ‘The very calculation of value under capitalism, then, is inimical to the actualisation of freedom’, writes Hägglund. To be free, therefore, we have to overcome capitalism.

It is a powerful, eloquent argument. But that’s not to say This Life doesn’t have flaws. The first lies in Hägglund’s conception of our finite time. He argues that, as each one of us is limited in time by our death, we are forced to aportion how we spend our time. This is the ‘economy of our lives’, a question of ‘the value of different activities and what we take to be worth doing with our time’.

The use of the terms ‘economy’, ‘value’ and ‘worth’ is surely playful. Nevertheless, Hägglund ends up posing the question of what freedom would look like if we transcended capitalism in capitalist terms – spending finite resources, weighing them up, counting them, and wagering them carefully. He seems to relate to time in an almost miserly fashion, constantly worried about spending it on the wrong thing. This robs us of the most precious and valuable thing about freedom: its spontaneousness. To be having the time of our lives is to not worry about it running out.

This is not merely an academic concern. One salient feature of contemporary society is that we do think of our time as supremely precious. We worry about it slipping through our fingers, and live in Fear of Missing Out. But Hägglund, rather than addressing our anxious, book-keeping relationship with time, seemingly endorses it.

Another flaw here lies in his obsession with fragility and vulnerability. He stresses, rightly, that when we are involved in projects, or care about people, we are vulnerable. Plans can go awry. People can leave us. And all this affects us deeply. Our vulnerability is a fact of life, which Hägglund is right to acknowledge. But he is unable or unwilling to say anything positive about our strength or resilience in the face of adversity, or of the power of moral and political ideals, like love or freedom.

Hägglund is far from alone here. Talk of our vulnerability and fragility dominates contemporary public and policymaking discourse. Many insist we need official intervention or psychological help just to navigate ordinary life. But the incorporation of this focus on vulnerability within Hägglund’s own project sits awkwardly alongside his call for us to take responsibility, own up to our circumstances, and engage fearlessly in democratic life. Hägglund possesses plenty of pessimism of the intellect, but his focus on vulnerability betrays very little optimism of the will.

Hägglund’s focus on fragility, vulnerability, and fear of time running out comes to an unfortunate head in his uncharacteristically uncritical acceptance of the apparently existential threat posed by climate change. When you find yourself in the company of Extinction Rebellion, it’s time to question your Marxist credentials.

These criticisms should not detract, however, from the importance of Hägglund’s central point:

He also correctly points out that realising freedom for human beings does not mean achieving a utopia. But equally, what Hägglund calls ‘the project of democratic socialism’ – a profoundly different form of life – seems unlikely to get started if ‘the recognition of the fragility of our lives is an intrinsic part [of it]’. His socialism smells a little too strongly of the early monasteries, in which weak, defeated individuals huddled together against the merciless power of the world.

Still, This Life is a rich and rewarding book. Like all good works of philosophy, it forces us to recognise what should be basic insights, but have too often remained hidden. In Hägglund’s case, he rightly stresses that our attachments to this life should force us to seize the possibilities it contains. And he draws attention to the basic fact defenders of the capitalist status quo are always most uncomfortable with: that a system that privileges profit over human freedom cannot be as good as it gets.

The problem, as ever, concerns the meaning of that human freedom. It is hard to see how we can find the courage to build a better world on the basis of our fragility. Or how we can find a way of reclaiming our time so long as we think of it as something merely to be spent.

This Life: Secular Faith and Spiritual Freedom, by Martin Hägglund, is published by Penguin Random House. (Buy this book from Amazon(UK).)