The idea that our education system ignores British imperialism is complete nonsense. 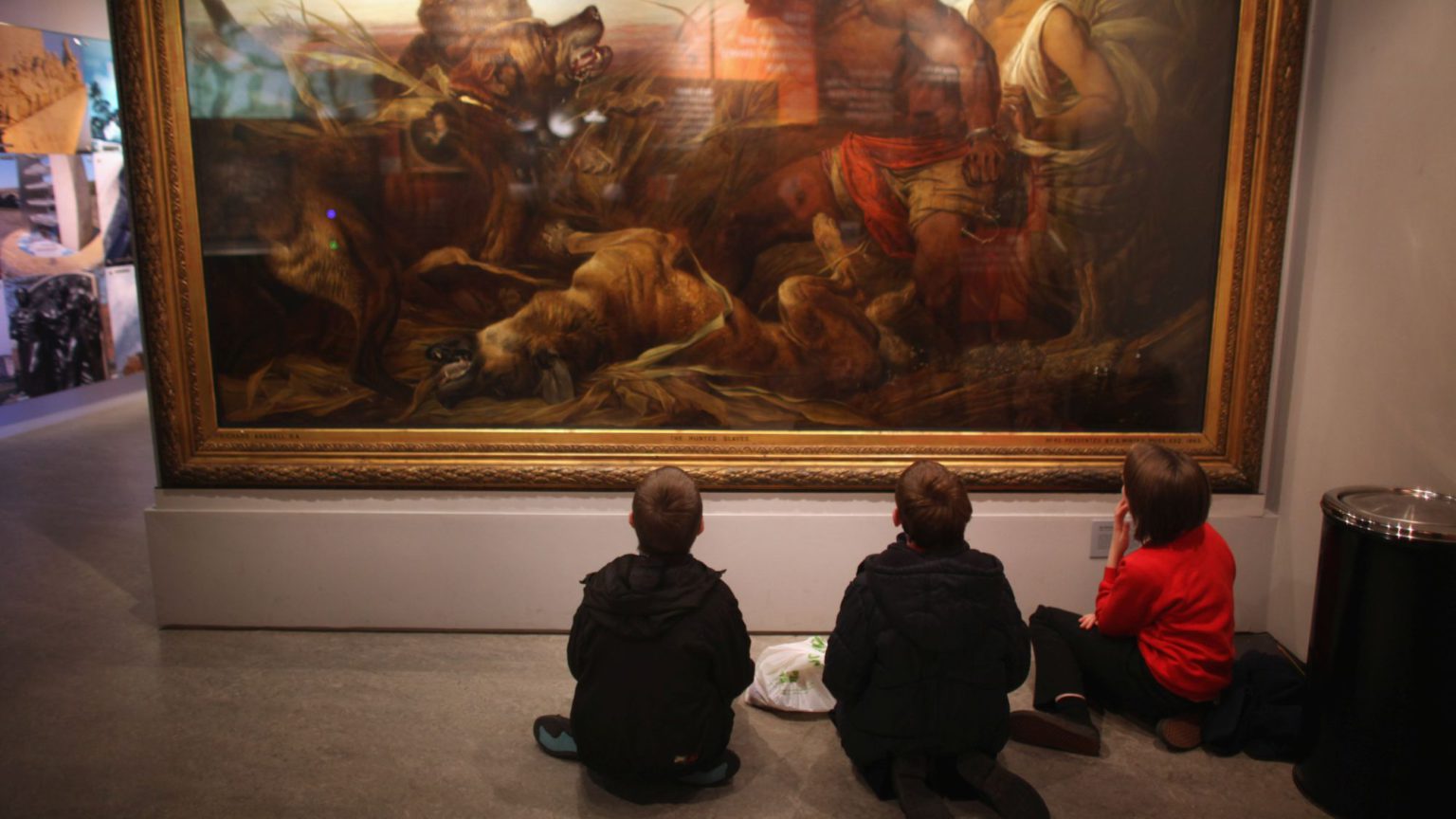 At the recent Labour Party deputy-leadership hustings, frontrunner Angela Rayner made a strong point about education. She said that it would be a good idea if we taught children more about democracy. ‘Our current curriculum teaches kids about colonialism and the empire and teaches them nothing about our democracy here today, and that’s what we need to be doing’, she said.

But within an hour, social media had declared that Rayner, a staunch left-winger, had gone all UKIP. Many said that British schools were actually covering up the history of the British Empire, and that they themselves were never taught anything about it when they were young. All of my family are or have been teachers, and my two daughters have just done their GCSEs and A-levels respectively. So I know that this is simply not true, and hasn’t been for some time.

The criticism that Britain does not do enough to expose the dark side of the British Empire in schools has been made for the past 50 years at least. My late mother, as a trainee teacher for the Inner London Education Authority (ILEA), was lectured by Bernard Coard, author of How the West Indian Child is Made Educationally Sub-normal in the British School System (1971). The book produced evidence of the widespread mistreatment of West Indian children in the school system and challenged racism within the curriculum. One of its recommendations was that black studies should be taught in all schools.

At the time, this was of course a far more controversial argument to make than it is today. But even back then there was a clear interest in the points Coard was making. Looking back at the publication of the book three decades later, he wrote:

‘Every talk show on all the radio and TV stations covered it; usually inviting me to come and be interviewed at some length. The first six minutes of prime-time television news on the first day of publication had me debate the facts outlined in the book with the then chief education officer of the ILEA.’

I was at Kingsdale Comprehensive in the 1970s. Our well-meaning and liberal teachers worked hard to relate to what was one of the first intakes of second-generation Caribbean children. Our classes visited the Commonwealth Institute on day trips. The institute also organised a black-leadership conference for students at the school.

The issue of empire was being reckoned with in broader culture, too. In 1972, the BBC TV series, The British Empire, went to air, prompting Lord Ferrier and Lord Orr-Ewing to protest against the ‘misleading travesty’ for its anti-British slant. A few years later, Alex Haley’s famous mini-series about the history of slavery, Roots, was broadcast by ITV. It was shown on classroom VCRs for many decades afterwards.

In 1981, a report by Dawn Gill, originally commissioned by the Schools Council, concluded that many school syllabuses were racist. She said that geography syllabuses failed to discuss colonialism and its effects fully, that other countries were defined by what ‘they’ could provide for ‘us’, and that there was an undesirable ethnocentricity in much of what was studied (1). The report was published by the Institute of Education, and followed up by a conference titled, ‘Racist Society – Geography Curriculum’.

Now, over the decades, various Conservative governments have tried to reassert a more patriotic, pro-British outlook into history teaching. In 1989, the education secretary set up a working group on teaching history in schools. Concerns about the possible German domination of Europe reignited the debate over whether we needed a more patriotic British history curriculum (2). In 2010, Michael Gove also tried to reform the curriculum, saying too much teaching was ‘trashing our past’.

But these efforts to make the curriculum more ‘patriotic’ were successfully resisted by the educational establishment, which is ensconced in the Institute of Education and university history departments. As historian Sir Richard Evans, who led the opposition to Gove’s reforms, boasted after the government backed down, ‘Gove was forced to withdraw his proposed curriculum, introducing instead a far more wide-ranging, far less prescriptive programme that looked, in most respects, pretty much like the one he had tried to replace’.

Even though Evans claimed victory over Gove, that did not stop people denouncing the new curriculum as outrageously pro-imperialist. Writing in the Independent, Hasnet Lais tells us that he became a history teacher with the aim of ‘dismantling the inequalities generated by the abuse of power’, but in that ‘ambition to involve students in the struggle for freedom and equality, there is an agent constantly perverting the course of justice: the national curriculum’.

He claims the curriculum is ‘whitewashing’ the crimes of empire, citing as evidence a section of the history curriculum on ‘migration, empires and the people’. But Lais neglects to mention that under this very heading in the history curriculum, teachers are told to teach about the impact of the East India Company on India, the Indian Mutiny of 1857, and imperial propaganda. Teachers are also directed to discuss ‘nationalism and independence in India and Africa, including the role of Gandhi, Nkrumah and Kenyatta’, as well as the legacy of empire and the Windrush generation.

Under the A-level syllabus last year, my eldest daughter learned about the Cromwellian settlement of Ireland. And at GCSE both of my daughters learned about the triangular trade and slavery. The A-level literature syllabus this year includes Brian Friel’s anti-imperialist play, Translations, the works of Seamus Heaney, and Arundathi Roy’s The God of Small Things.

Meanwhile, there are more museums and galleries dedicated to the history of slavery than ever before, including the London Docklands Museum, the National Maritime Museum’s Atlantic Gallery, and the International Slavery Museum in Liverpool. All of these are constantly visited by school groups.

The movement to include a critical examination of the empire into the curriculum has had a marked impact on teaching in Britain. The claim that colonialism is not taught about or is actually covered up in history teaching is hard to sustain. I suspect that some of the people who repeat these claims simply didn’t pay enough attention in class when they were younger.