From Corbynista to Conservative voter

Why I went from campaigning for Corbyn to backing Boris. 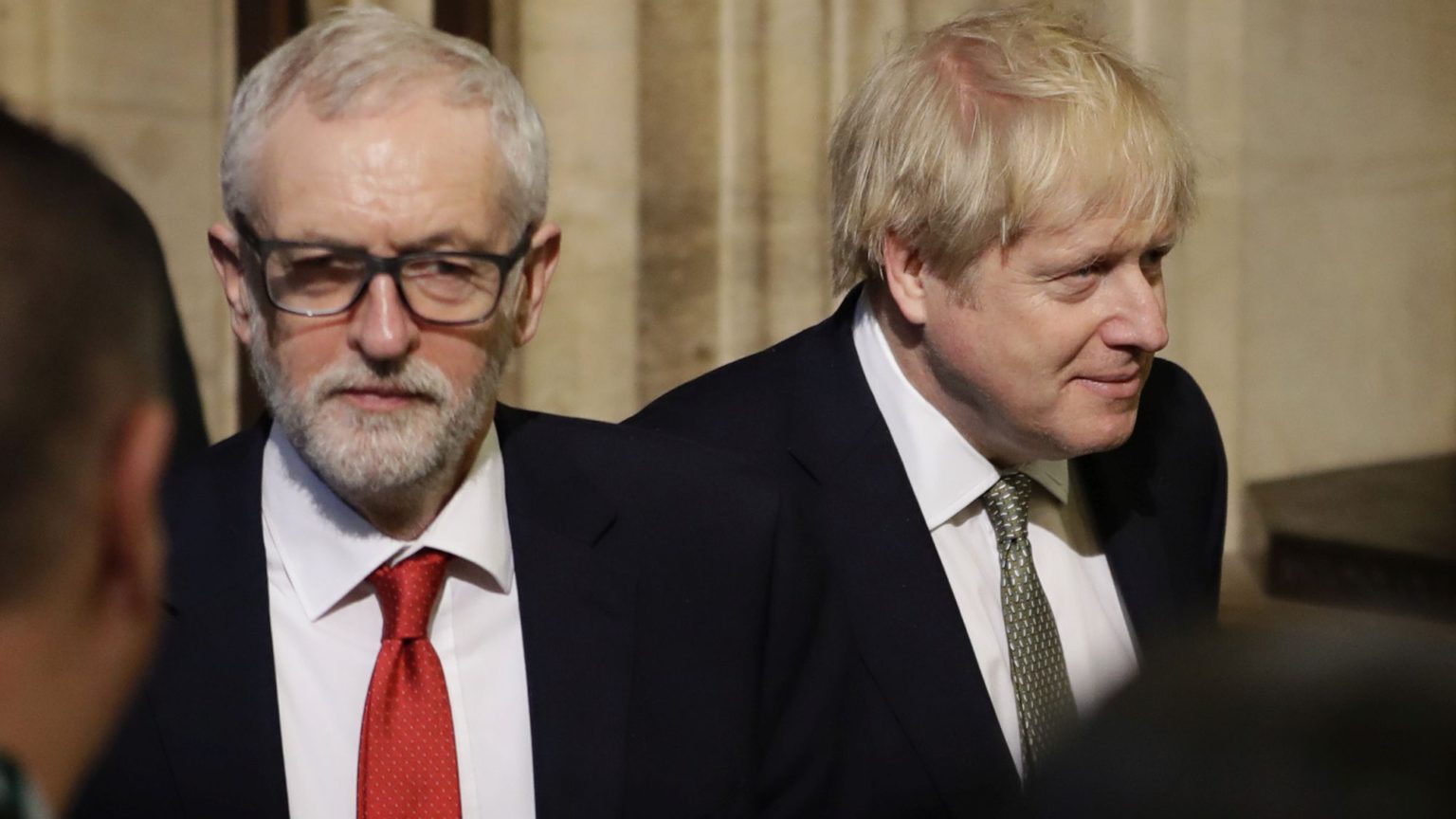 I really liked Jeremy Corbyn. When I was campaigning against the invasion of Iraq, he was a hero for me. Watching the build-up to that war was difficult for someone brought up within the Labour Party. After Iraq, I didn’t return to politics until I received a Facebook post telling me Corbyn was on the ballot paper to become leader. I promptly joined the party and voted for him. That was in 2015.

A year later, I found myself at the heart of Corbyn’s team. I set up a grassroots video channel for Momentum and worked on communications for Corbyn’s second leadership campaign in 2016, which began after Labour MPs moved against him. As the orchestrated resignations began to hit the headlines I, like many others, joined a volunteer online army using Twitter and Facebook to defend him. I dropped the work I was doing and turned up at the union offices where his campaign was based. A few weeks later I was making videos profiling activists around the country who were rallying behind Corbyn. The Midlands and the North were amply represented.

The General Election campaign in 2017 was incredible. Being part of it, I witnessed the power of mass mobilisation through politics. It inspired people. Corbyn made us believe we had the power to change things. We felt like heroes. And the more we used our talents in support of Corbyn, the more others were inspired to do the same. I spent the campaign filming short online videos of Labour Party members talking about the issues their communities faced. Through doing these, I realised how present deindustrialisation still is for many communities, where factories, pits and potteries have long ago closed. The lack of investment in these places was also stark; very little had flowed into these areas since the massive industrial wipeout of the 1980s. Outdated infrastructure was holding people back, excluding them from access to high-speed broadband as well as routes to training that would open up opportunities.

But New Labour, in power for longer than Thatcher, chose not to redress the economic imbalance she left. Instead, it preferred to support wealth creation in the south and use tax revenues, along with government borrowing, to fund welfare benefits and public services in these old manufacturing heartlands. By contrast, Corbyn’s radical agenda, enshrined in the 2017 manifesto, was a blueprint for change. A network of local investment banks would encourage entrepreneurship; infrastructure investment would provide a foundation on which people could build businesses and gain skills; nationalisation of utilities would bring down the cost of living. But most significantly, Labour would bring manufacturing back to Britain. It is worth noting that in many of the ‘red wall’ Labour constituencies that went Tory at the last election – places like Dudley North, Bassetlaw, Great Grimsby, Rother Valley and Bishop Auckland – there was an increase in Labour’s vote share in 2017.

Two-and-a-half years later, the Labour Party had squandered this growing base of support. People like me were voting Conservative for the first time in their thousands. How did this happen? Brexit was a big part of it.

I voted to remain in the EU. But like millions of other ‘Remainers’, I instantly accepted the referendum result. As the Brexit debate raged on, I kept waiting for a comprehensive Labour Party vision for Britain outside the EU – one that saw our departure as the first step towards a fairer economy. When interviewing Labour members in Bolton, a father in his thirties explained the motivation of many who voted to leave. ‘People say, you do it for your children’s children’, he said. While many accepted there might be economic turbulence as a result of Brexit, he said ‘a lot of people thought they could deal with the brunt of it and then later on we’d be more prosperous’. But as the prospect of a post-Brexit Labour vision receded into the smoke and mirrors of ‘constructive ambiguity’ – a position with the principal aim, it seemed, of weakening the government – I began to question my allegiance to the Corbyn project.

I understand the dilemma he was in. Corbyn argued for his entire political life for members to have a greater say in the direction of the party, only to find himself with a membership that was approximately two-thirds against leaving the EU. But with conviction and authority I believe Corbyn and John McDonnell could have steered the membership away from calls to overturn the referendum result. They could have excited members about the prospect of what happens next. There were, of course, the added pressures from New Labour stalwarts, who still had huge influence among MPs and were mounting a serious challenge to Brexit within parliament and through informal, high-level political channels. For me, as for many others, support for Corbyn was driven by our rejection of New Labour. Yet, a year and a half after I got involved, the two sides seemed to be colluding in a mission to reverse the referendum result.

Following increasingly incensed Facebook updates posted by Labour Brexiteers in the north was like watching an edifice slowly crumble. Two-thirds of Labour constituencies had voted to leave. Choosing to ignore this statistic, Labour’s top team instead entered into a collective delusion. The party’s surprise success in 2017 had convinced many that, had the campaign carried on for a few weeks longer, Labour would have won. So ingrained was this conviction that when the alignment of favourable elements changed, the thinking nevertheless remained the same.

But the picture was changing. Starting life as the focal point for a spontaneous, national movement to get Corbyn elected, Momentum had morphed into a means of disseminating identity politics. I came to realise, with sadness, that Corbyn’s perspective is not too far off this. His lifelong opposition to racism is eminently commendable, but if you see the world through a lens of ‘oppressors’ and ‘oppressed’, there is little room left for nuance or understanding. Instead, people are pitted against each other along battle lines of group identity, which is unhelpful in a country trying desperately to unify and move forward. And because complexities are ignored, those placed in a category of ‘oppressor’ – the Israelis, for example – have no right whatsoever to be understood. When you have a Jewish population in this country with quite natural ties to Israel (although often in disagreement with the actions of its government), they can easily be made to feel insecure by a political philosophy that damns the very idea of Israel. The fear within the Jewish community in Britain now is palpable. This should not have been allowed to happen.

As I write this, I am acutely aware of the consternation this may provoke among other Labour supporters and activists. Many have spoken to me openly and honestly about the concerns they have about a Conservative government and the impact it might have on their families and their community. The simple answer is that I voted Conservative because I believe Brexit must happen as soon as possible. By denying communities their political will to leave the EU, Labour became incapable of representing them.

And yet, I still believe Corbyn was the spark for a genuine and vital movement for change. Although he lacked the qualities to deliver on his promises, the excitement around the Corbyn project, particularly in the north and the Midlands, should not be forgotten. There is no reason why, with the right leader, Labour cannot enthuse people again. But for me personally to come back to Labour, there would need to be a credible economic blueprint to reshape the economy; the party would need enough confidence to bring in good people, based on merit, and retain them; and it would need to continue to support local campaigns by developing policy solutions and not just promising more and more funding. But most importantly, the Labour Party must have the will to unify the country and a vision that includes us all. Without that, it will continue to alienate its natural supporters. With it, Labour can win.

Alice Bragg is a filmmaker and writer. She founded World Film Collective, a charity that taught filmmaking to marginalised young people using mobile phones. Find out more about her work and the WFC here.

A longer version of this piece can be read on Alice’s blog.