Stop getting all Biblical about the bushfires

Angry summers are nothing new in Australia. 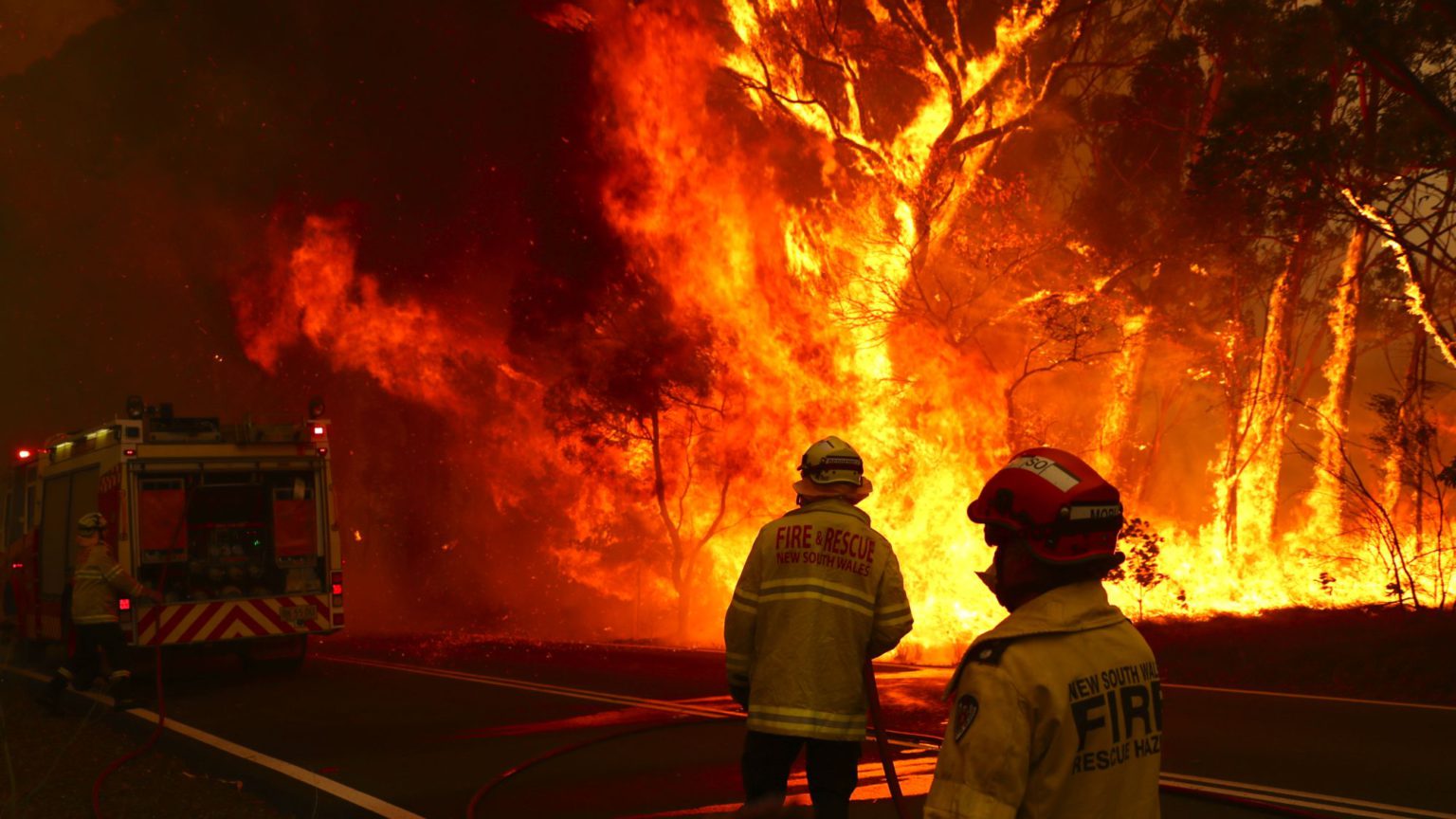 Since Hollywood is supposed to inject drama into our lives, we can hardly complain about the hyper-dramatised version of world affairs presented from the stage of this week’s Golden Globes.

Australia’s bushfires were perfectly timed to feed the industry’s voracious appetite for suspense, emotion and existential threats from unnatural forces.

Events in the Middle East were seamlessly woven into the narrative. ‘We see a country on the brink of war, the United States of America… and the continent of Australia on fire’, said Patricia Arquette. ‘While I love my kids so much, I beg of us all to give them a better world.’

The elevation of this year’s bushfire tragedy as Hollywood’s cause du jour is not without material benefit. Phoebe Waller-Bridge announced she would auction her Globes tuxedo to raise funds for bushfire relief. Millions of dollars have been pledged in charitable assistance from the stars themselves, tens of millions from corporate philanthropists, and untold millions through social-media channels they have promoted.

Yet Hollywood’s romantic presentation of the bushfires as a parable of human folly is about as faithful to reality as Kate Winslet and Leonardo DiCaprio’s performance on the bow of the Titanic.

Rather, it is a product of the cultural pessimism that has driven Hollywood since the arrival of the anthropogenic disaster movie in the 1970s.

The sharp change in the prevailing wind is evident in the contrast between Butch Cassidy and the Sundance Kid (1969) and Earthquake (1974). Butch Cassidy (Paul Newman) is a loveable outlaw in a frontier state, blessed with unlimited opportunities for redemption. Stewart Graff (Charlton Heston) in Earthquake is a shame-faced engineer crawling through the wreckage of Los Angeles, encountering nature’s revenge against a species that has been too clever by half. ‘For the first time in my life, I’m ashamed of my profession’, he confesses.

Were Bushfire to become a movie, it would tell the story of nature’s revenge on Australia, once regarded as an idyll occupied by noble savages living innocent lives in harmony with Mother Earth.

The arrival of modernity aboard the First Fleet in 1788 triggered a perceived outbreak of human rapaciousness that continues to this day, based on the assumption that humankind could plunder nature’s bounty with impunity.

Since Australians are commonly believed to have the second-largest carbon footprint on the planet, a claim that is both inaccurate and misleading, nature’s fury is understandable under the circumstances.

There are not enough waterbombers in the world to rescue the smug and greedy Aussies from this one. Repentance is the only path to salvation.

If the best way to reduce the bushfire threat is to end global consumption of fossil fuels, Australians will be at the mercy of many more angry summers to come. There would be little they could do to help themselves. Even if Australia cut all its emissions, they amount to a share of the global total of little more than one per cent.

Besides, the portrayal of bushfires in Australia as a byproduct of modernity hardly stands scrutiny. The native eucalyptus trees, rich in inflammable oil and shedding large volumes of dry bark, have achieved an evolutionary advantage through their ability to facilitate and survive fires.

Aboriginal people used fire as a hunting weapon. Early settlers to Australia were warned to be wary of bushfires, ‘one of the most remarkable circumstances peculiar to the Country’, as the Sydney Times reported in 1837.

‘Seldom a night passes, but the horizon is illuminated by the tremendous fires which rage in every direction of the compass, and blaze in a greater or less degree according to the nature and thickness of the bush, and the degree of wind blowing’, the newspaper reported, in an account that could be recycled to describe conditions in much of south-eastern Australia this summer.

‘If any remedial measure can be suggested by any Reader of ours’, the article optimistically concludes, ‘we shall be thankful for the favour of hearing from him’.

Angry summers once united Australians in a battle that pitted human ingenuity and courage against a common enemy. The burden fell principally on communities rather than governments, with more than 180,000 volunteer firefighters serving in little platoons across the country.

Operations were coordinated in each of the six states and two territories, rather than from Canberra, a division of responsibility both constitutionally and logistically sound.

Today this pragmatic, bottom-up approach to fighting bushfires, evolving over more than 200 years of European settlement, is contested. The challenge is intellectual, stemming from the conviction that the complexity of bushfires can be reduced to a single grand theory that will inform the application of a grand solution. Proponents argue that the federal prime minister should take charge of this crisis, for the solution is national and international, not local.

Inevitably, bushfire-management policy has been engulfed by the phenomenon we might call the politicisation of almost everything. It has descended into an unseemly, sniping public argument over academic theory where pragmatism was once the order of the day.

Black and white judgements have been made where nuance was once demanded. Both sides attempt to arm themselves with silver bullets. Each side argues its case on terms incomprehensible to its opponents. Positions harden, false motives are attributed, moral virtue is claimed and the country is at loggerheads.

An early casualty of this fractious debate was the prime minister, Scott Morrison, denting the authority he has enjoyed since winning an election against the bookie’s odds last May.

The trap was set early by the climate-explains-everything movement. Australia was dragging its heels on climate-change action, it declared, and Morrison was heedlessly, and probably malevolently, steering the nation towards disaster.

That narrative was palpably false. Australia is one of a handful of nations to exceed its Kyoto emissions-reduction targets, and will probably beat its Paris targets as well.

The carbon footprint of the average Australian has shrunk by a third since 2005 and the carbon intensity of the economy has fallen by a quarter, a record far better than comparable developed nations like Canada.

Yet the case against Morrison was pursued to the point of exhaustion on both social and traditional media, which, blinded by confirmation bias, insist on portraying him as the dolt they would like him to be, unconcerned by either climate science or bushfire relief.

Never mind he has mobilised Australia’s reserve defence forces to assist with evacuation and the delivery of supplies to isolated fire-affected settlements. One journalist reproached him on Twitter for arriving to meet firefighters without water or snacks to share from his pocket.

As a committed Christian, he is criticised for offering not just thoughts but also prayers by those who find religion distasteful.

Damned if he does tour ravaged communities, damned if he doesn’t, Morrison’s real crime is to be a prime minister from the tradition of Australia’s pragmatic centre-right in an era when feelings prevail.