The Rise of Skywalker and the decline of Star Wars

The new trilogy has been plagued by mediocrity and woke worthiness. 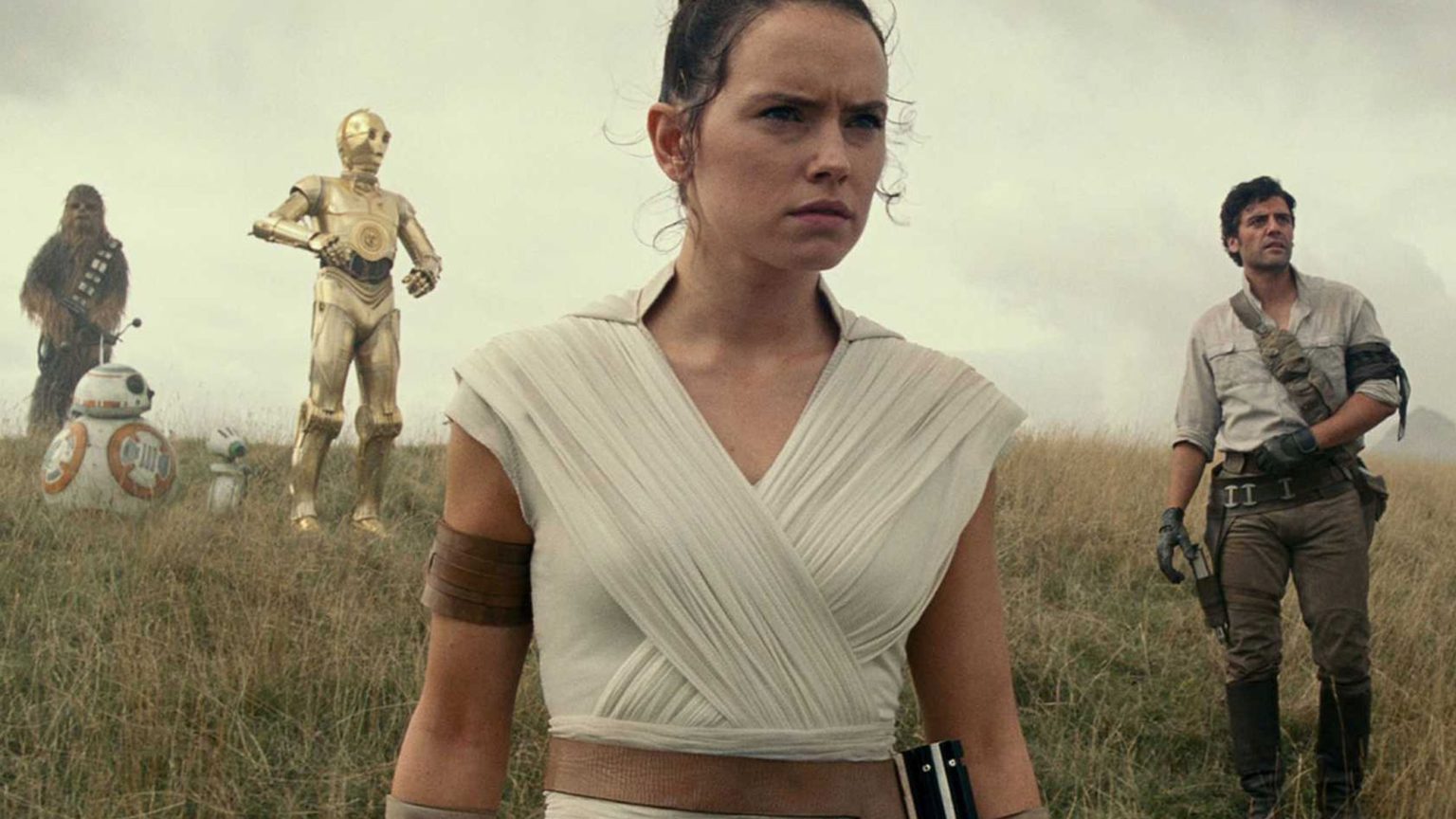 Ever since its launch in 1977, the Star Wars franchise has held a special place in popular culture worldwide. The first three films (the ‘Original Trilogy’, 1977-83), guided by director George Lucas, are regarded as classics. They created the most valuable film franchise in history. But the follow-ups to them have been less loved, particularly among core fans. The Rise of Skywalker, the final instalment in the latest Disney trilogy, is likely to leave many of them cold.

The ‘Prequel Trilogy’ (1999-2005) divided the fandom. While younger viewers were receptive to it, older fans found the films poorly written, stiffly acted and generally unsatisfying. Although profitable, it was less popular than the Original Trilogy. In 2012 Lucas sold his production company, Lucasfilm, and the rights to produce new Star Wars products to Disney. Disney set out to make a series of blockbuster movies to make back the hefty $4.05 billion price tag for Lucasfilm. But from the very start, Disney got things very wrong.

George Lucas handpicked as head of Lucasfilm a long-time colleague, Kathleen Kennedy. Kennedy had produced blockbuster movies for Lucas and Steven Spielberg. She was an industry insider with a track record of working on blockbusters. She was appointed as steward for Lucas’s vision for Star Wars.

Kennedy passed directing and writing responsibilities for the first Disney Star Wars movie (and the plot outline for the entire new ‘Sequel Trilogy’) to JJ Abrams. Despite his commercial success as a director with a distinct style, Abrams is regarded as a weak screenwriter. He is most interested in set-pieces, striking visuals and emotional story beats, and so finds it difficult to plot and finish stories satisfyingly. The visually lush Star Wars was already set up for stirring spectacles – what it needed was a writer-director who could helm a series of movies that built emotionally engaging stories through character drama in well-plotted scripts. Abrams was a bad fit.

Meanwhile, Kennedy stamped her mark on the sequels politically by assembling a Star Wars story group predominantly made up of women. She was famously pictured with a group of women wearing a t-shirt with the slogan ‘The Force is Female’. A certain antagonism towards the male-majority fandom of Star Wars became more apparent over the years, from Kennedy and those she brought on board. What also became apparent was that Kennedy has little feeling for Star Wars and did not understand its unique character and status.

She seems to be one of a growing number of people who see filmmaking as, in part, political. In her case, she was interested in using Star Wars to empower girls and actresses. She has said that Rey, from the Sequels Trilogy, and Jyn, from the spin-off film Rogue One, are ‘empowered women that are not necessarily just taking on male characteristics. These are genuinely female heroines. I think that’s really important, and I think it will make a difference.’

Too often over the years, the new Star Wars films have been poorly made, with little more than vague, insubstantial identity politics left to justify them.

In the first of the new sequels, The Force Awakens (2015), Abrams played it safe. It was almost a remake of the original Star Wars movie (A New Hope). It set up promising protagonists, a main villain and a shadowy overlord. But it was compromised by the inclusion of Original Trilogy characters (the main attraction for fans), which bloated the cast. Consequently, new characters were underdeveloped. Much of the story used existing elements and characters, like derivative fan fiction.

The movie was a box-office smash. It made over $2 billion. But structurally and tonally it was second rate, which angered loyal Star Wars fans. Worse was ahead for them.

Despite the flaws of the first sequel, the trilogy had potential. But fans became more concerned when Kennedy gave complete control of writing and directing the second sequel to Rian Johnson, an indie-movie and television director. He had never written or directed a franchise sequel, and he apparently disregarded notes Abrams had given for the story of The Last Jedi.

The film was another financial success, but it was tonally ‘off’. It included inappropriate humour (see the juvenile prank-calling of Poe at the start of the movie) and some ill-fitting forays into anti-capitalism (see the contempt characters express for the rich at the casino of Canto Bight). Plot holes were numerous; the structure was deeply flawed. (The Last Jedi is now taught in classes as an example of bad screenwriting.) Finn – the Stormtrooper turned hero of the first film – is reduced from a character with dramatic potential to a comedy sidekick, sent on a pointless errand. Princess Leia is shown to have credulity-stretching powers with no indication of her having received Jedi training.

Even worse was the humiliation of Luke Skywalker, one of cinema’s most beloved heroes. From a man who had overcome his weaknesses to defeat an evil tyrant in the Original Trilogy, he is reduced in The Last Jedi to a petulant recluse driven by anger and despair. It left diehard fans aghast. Even Mark Hamill was unhappy at the way Luke was portrayed.

Johnson prided himself on making films that divided audiences and subverted expectations. And his subversion of Star Wars generated a huge backlash from fans. Though it still made money, the film was much less profitable than the previous film.

When The Last Jedi was praised, it was praised for things that had little to do with the storytelling or craft. It was lauded, for instance, for giving more lines to women and non-white actors.

Meanwhile, Johnson took an aggressive approach to fan criticism. In interviews and on social media, he described fans critical of the film as ‘manbabies’ and ‘unhealthy’. Many colleagues joined him in abusing and taunting fans. And many fans announced that they would never spend money on Star Wars films again.

Still, the claim that these fans were just bigots went unchallenged. Actress Kelly Marie Tran withdrew from social media after The Last Jedi’s release. Numerous articles stated (without providing evidence) that this was in response to sexist and racist abuse. Mainstream media called this an outbreak of ‘toxic fandom’. And the more criticism was portrayed as racism and sexism, the more antagonising fans seemed justifiable.

Core fans rejected these distortions. They formed a loose alliance called ‘The Fandom Menace’, a nod to the title of the first prequel. Their concerns and complaints were voiced on YouTube channels such as ‘Geeks and Gamers’, ‘World Class Bullshitters’, ‘Nerdrotic’, ‘Overlord DVD’, ‘ComicArtistsPro Secrets’ and ‘Thor Skywalker’. Websites such as ‘Disney Star Wars is Dumb’ were formed and alternative-media sites such as ‘Bleeding Fool’ and ‘Bounding Into Comics’ took up the side of dissident fans.

Anger at The Last Jedi, and how its makers had handled that criticism, led The Fandom Menace to call for a boycott of the 2018 spin-off movie Solo. The film flopped, largely owing to escalating costs due to extensive reshoots. But it still served as a bit of a wake-up call for Disney to do better by their fans.

Disney commissioned a standalone television series, The Mandalorian, which premiered last month. It has already gone some distance to restoring faith in the franchise among fans, telling the story of a bounty hunter. Its makers eschewed politics and flashy set pieces, and it was seen as a ‘solid’ series. Responses – so far – suggest enthusiasts are particularly happy that there was no progressive agenda attached to the series.

The Rise of Skywalker, the final part of the Sequel Trilogy, opened in cinemas yesterday. It has also been through production hell. Its first director, Colin Trevorrow, departed early, and JJ Abrams was brought in to direct and co-write it. Abrams had to fix the massive story problems Johnson had left behind him, but Abrams’ screenwriting limitations seem to have surfaced again.

There have been rumours of early test screenings going catastrophically wrong, with viewers even walking out. A desperate Lucasfilm arranged multiple cuts to solve problems. They even invited George Lucas back to work on the film. The revised versions required extensive reshoots that continued into October – less than two months before release.

Script leaks were met with incredulity. Many of the early reviews have been poor. The jumbled episodic structure, resurrection of dead characters, and revision of in-universe lore look likely to make The Rise of Skywalker a massive let-down for long-time fans seeking consistency and answers to story questions. The modular approach to editing and reshooting shows that Abrams and Kennedy had no idea how to use characters or fix plot problems.

The Rise of Skywalker is a desperate attempt to save the world’s most valuable film franchise from mediocrity and worthiness. But for many fans, it will be too little too late.

Alexander Adams is an artist and writer. His book, Culture War: Art, Identity Politics and Cultural Entryism, is published by Societas.

Watch the trailer for Star Wars: the Rise of Skywalker: