Western activists are perpetuating the slogans and narratives of this extremist group. 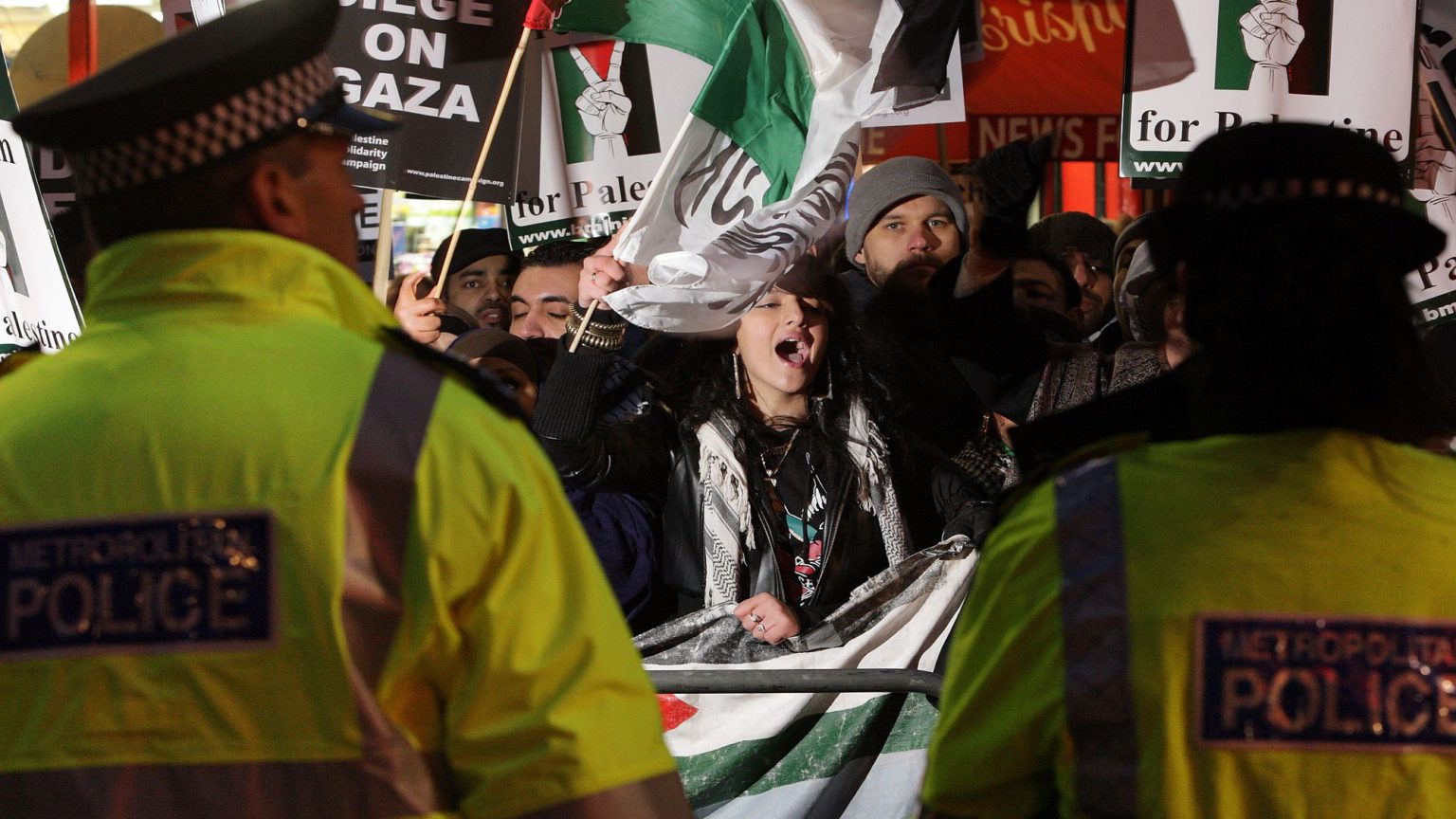 The issue of left-wing anti-Semitism has come to the fore in this General Election. Some of us have been keeping tabs on the near daily examples of it for some time. But for those less aware of what has been going on, a recent example of anti-Jewish hate illustrates what it is we are up against.

A few weeks ago, Eyal Dror, a former lieutenant colonel in the Israel Defence Forces, toured UK universities to talk about his leadership of ‘Operation Good Neighbour’. This was a humanitarian mission which, under Dror’s command, transferred wounded Syrian civilians out of the conflict zone and into Israel for medical attention.

At universities including King’s College and Warwick, Dror was met with less than a hero’s welcome. Instead, he was greeted by jeering mobs. Others were caught in the crossfire. Prominent Jewish journalist David Collier says he was attacked when he tried to film the protests at King’s College, and his equipment was damaged.

Collier’s footage from that night shows students chanting ‘from the river to the sea’, a slogan adopted by Hamas and heard on Al Quds protests around the world. Wittingly or unwittingly, these students were perpetuating the slogans and narratives of a vile group.

Before we continue, let’s remember, for a minute, that Hamas’ foundational charter has been compared to a modern-day Mein Kampf. It accuses ‘the Jews’ of orchestrating historical events ranging from the French Revolution to the emergence of the USSR.

For the left, however, trifling details such as these are less important than signalling solidarity with the oppressed. This is because the conflict in Palestine has become a proxy for the culture wars, a screen on to which leftists project intersectional fantasies about oppressed and oppressor. That their imagined version of the conflict bears little resemblance to the complex reality is irrelevant to the quinoa-eating revolutionaries of Britain’s universities.

So it is that they blindly berate a man like Eyal Dror.

Israel, in this fantasy, is associated with all the ‘woke’ brigade’s favourite bogeymen. Israel is the privileged white man, the empire, the fascist state. The Palestinians, on the other hand, are the victims. They occupy the same space in woke metaphysics as people of colour, homosexuals, disabled people and other perceived victims.

The problem for eager Western activists is that they have become the useful idiots for fascists – for that is what groups like Hamas are. Hamas has achieved the rather impressive feat of convincing many people that they’re the good guys by means of a sophisticated propaganda operation.

Take the tragic story of Laila al-Ghandour, a baby in Gaza who died of blood disease. A Hamas official saw an opportunity in this tragedy and paid Laila’s family to claim she had been killed by tear gas at a border protest. Al Jazeera reported Laila’s death under the headline ‘Laila Anwar al-Ghandour becomes the face of Gaza carnage’.

Many in the West fall for such disinformation because of the preloaded version of the conflict they have internalised. This confirmation bias ensures that the Hamas version of events is all too often bought into, no questions asked. The projection of the culture war on to the conflict in Palestine is leading to the Hamasification of the left, fuelling a resurgent anti-Semitism.

One of the principal effects of this has been to associate – in the minds of the left – the concept of Zionism with the evils of massacre, empire and occupation. That Zionism is merely the desire for a Jewish homeland is irrelevant. So too is the question of where Jewish people who have been hounded out of every other country in the Middle East should go. Instead, the left chants ‘from the river to the sea’, amplifying groups like Hamas’s desire to rid Jerusalem, the Middle East, and preferably the world, of Jewish people.

This Hamasification also perpetuates the misery of the Palestinian people. Hamas and their ilk have no interest in ending the conflict and have rejected all attempts to find a two-state solution. This is because they don’t recognise the right of Israel to exist, so a two-state solution simply isn’t an option.

There are moderates in Palestine who would seek compromise and who protest the brutal regime of Hamas. In return, Hamas leaders label such people collaborators and dole out medieval punishments. By legitimising Hamas, over-indulged Western leftists are aiding Hamas in this dirty work. By chanting Hamas slogans they are actively sustaining the conflict and the misery of the Palestinians they claim to speak for.

But why let these inconveniences get in the way of wearing a cool Palestinian scarf and signalling how woke you are?

Liam Thompson is a writer.