The CDU: a party in decline

The party that has dominated postwar Germany is in crisis. 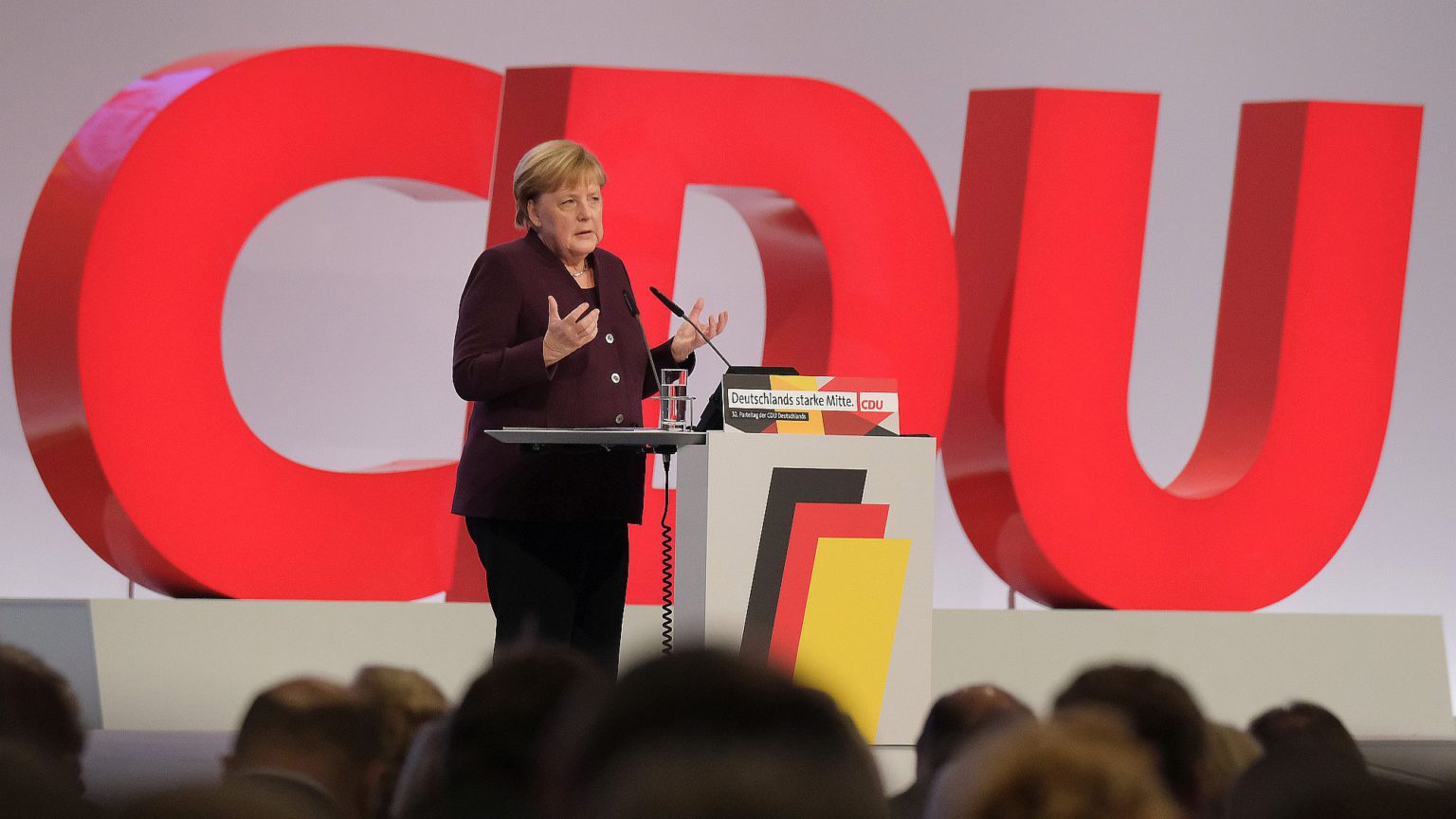 For a long time, political success in postwar Germany consisted of three words: Christian Democratic Union (CDU). No other party was able to dominate the political debates in the same way as the CDU. Its support base, from the cities to the countryside, among entrepreneurs and workers alike, was so large that it was seen as a party for everyone. It seemed as if it had an almost natural right to govern. Indeed, it has provided the German chancellor in 50 out of a total of 70 years, including the past 14 years of Angela Merkel’s rule.

But it seems the good times are over.

Election results have been getting worse and worse for the CDU. In the European Parliament elections in May, it received 28.9 per cent of the votes – just 8.4 per cent ahead of the traditionally much smaller Green Party. More significantly, the CDU has lost its ability to address even the most pressing issues of our times. Far from determining political debates, the CDU is now content to follow the agenda set by its opponents – namely, the Green Party and the AfD (Alternative für Deutschland). ‘We’ve been squeezed into a sandwich position – stuck between the AfD and the Greens. And in this position we’ve shrunk to 25 per cent’, lamented Wolfgang Reinhart, head of the CDU faction in its former stronghold of Baden Württemberg (which spectacularly fell to the Green Party in 2011).

Two events in recent weeks exemplify the CDU’s deep crisis. The first was a huge protest, organised by tens of thousands of famers on 26 November. The farmers blocked the streets of Berlin for hours, demonstrating against the federal government’s new agriculture package, which will further limit the use of insecticides and other animal- and plant-protection products.

Farmers felt especially let down by the CDU, reports Julia Löhr in the FAZ. And with good reason. No group has supported the CDU more loyally than German farmers. But no more. Julia Klöckner, a senior CDU politician and the federal minister for agriculture, addressed the protesters, and tried to explain that Germany was merely enacting an EU law. But to no avail. ‘She’s more interested in her haircut than in us’, one demonstrator commented.

The second event came at the CDU federal congress on 22 November. Annegret Kramp Karrenbauer (known as AKK), took over from Merkel as the CDU’s leader less than a year ago. Yet she has already proven a singularly unpopular leader. ‘I don’t know many people who are convinced by her leadership style’, admitted one CDU member before the congress. So it came as little surprise that there was an attempt at the congress to oust AKK as leader. She survived, only just.

In some ways, the focus on AKK at the congress allowed the CDU to dodge more contentious issues. As Jasper von Altenbockum put it in the FAZ, the congress was an exercise in avoidance. Climate change, pensions, migration and asylum policies – all needed to be addressed, but weren’t.

While some continue to attack AKK for the CDU’s problems, many more blame Merkel herself. After the CDU’s poor performance in the Thuringian state election in October, one of Merkel’s oldest critics, Friedrich Merz, caused a stir when he told a reporter that Merkel’s ‘inactivity and lack of leadership’ had been hanging over the country like a fog for years. Things had to change, he said.

But Merkel-bashing is too easy. Many of her critics seem to think the chancellor is entirely to blame for the dire state in which the CDU finds itself. For instance, a new organisation called Werteunion (‘Union of Values’), made up mainly of the conservative wing of the CDU, was formed with the single objective of getting rid of Merkel. According to Werteunion’s chairman, Alexander Mitsch, Merkel has single-handedly alienated conservative voters with her abandonment of the CDU’s traditional values. Yet, while some of the criticisms made against Merkel – in particular on her tendency to stifle debate – are certainly true, Merkel has only been able to get away with all of this with the support of the party. It is not Merkel who has been clinging on to the CDU. It is the CDU leadership that has been clinging on to her, out of fear of losing what it prizes most: power.

That is why the unofficial message of the congress was: ‘Don’t rock the boat.’ The CDU won’t do anything that might upset its current coalition partner, the equally failing Social Democrats, who are currently polling at less than 13 per cent. Lacking its own credible ideas, the CDU feels trapped, and not just between the Greens and the AfD. It is also torn between wanting to win back old, disgruntled voters and not deterring its more liberal voters. Hence the CDU has decided to remain in the middle, and avoid confronting the important political issues and critical debates. It is telling that even as staunch a Merkel critic as Merz has shied away from doing what his supporters had expected: take up the challenge for the party leadership. Is it because he is fearful of becoming the person responsible for the further, and possibly terminal, decline of the CDU.

‘The CDU is waiting, but it does not know what for’, writes von Altenbockum. He is right. Those who do know what they are waiting for – the resignation of Merkel – might find out that it solves very little. Yes, Merkel will leave, but that doesn’t mean that the CDU will be revived. Her critics might be better advised to found their own party.