Is there nothing that the embattled elites won't blame on Russia? 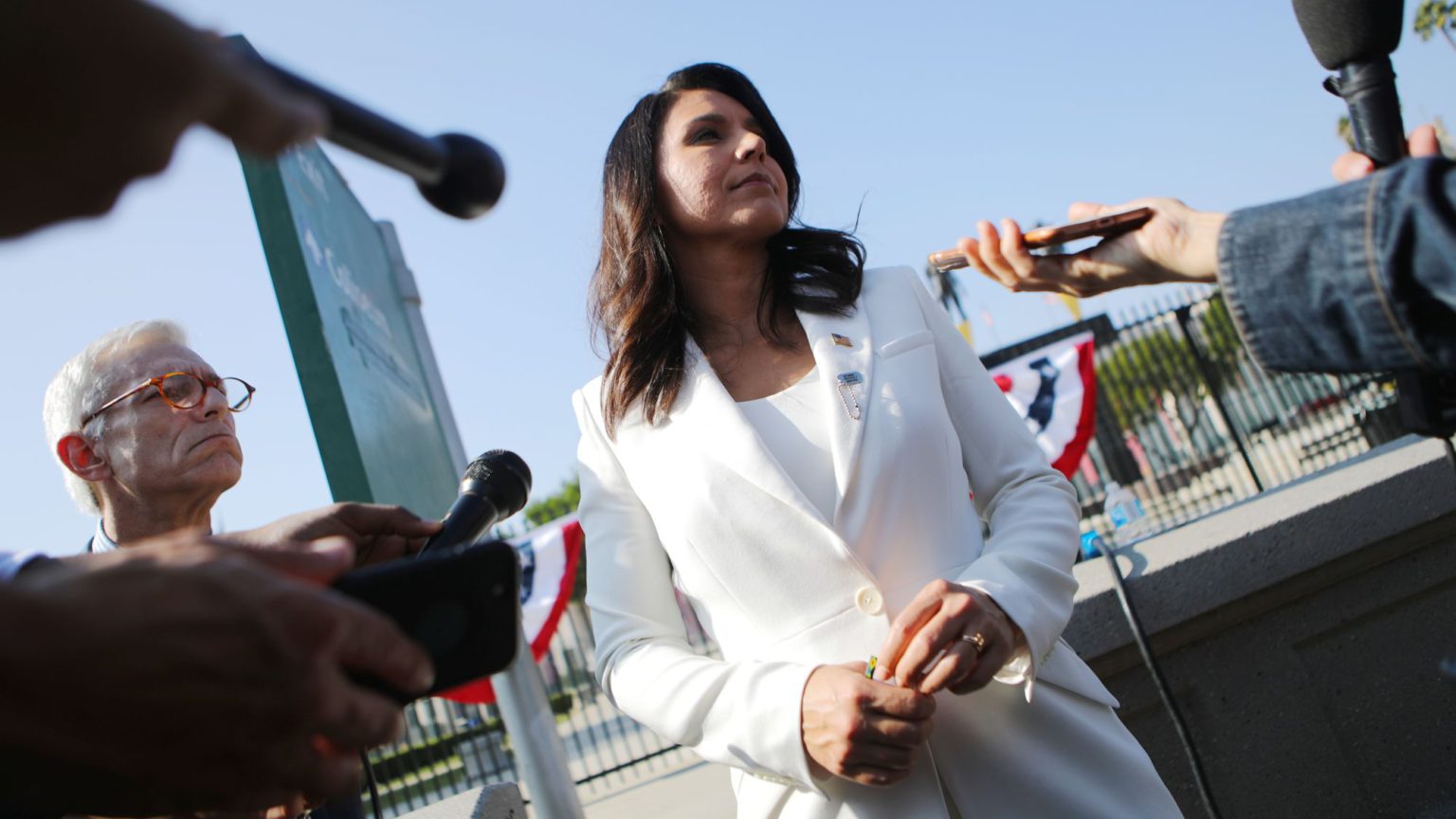 Tulsi Gabbard, the Democratic Congresswoman from Hawaii and, since February, Democratic presidential candidate, is highly unlikely to win the Democratic nomination. She has been polling in single digits, well behind the trio of frontrunners: former US vice-president Joe Biden, and senators Bernie Sanders and Elizabeth Warren.

Yet the Democratic establishment and its media cheerleaders seem to have become fixated on her. She annoys them. She riles them. And it’s not just because of her ambivalence towards identity politics and the other aspects of her Sanders-style progressivism – indeed, she endorsed Sanders in 2016, much to the chagrin of the Democratic establishment at the time. No, it’s also because of her uncompromising opposition to the ‘counterproductive regime-change wars’ pursued with such ignorant zeal by the likes of Democratic grandee Hillary Clinton. It’s because of her willingness to question the narratives that have justified Western intervention in Syria, including a secret fact-finding mission to Damascus, and a meeting with Bashar al-Assad in 2017. And it’s because she does all this not as a woolly pacifist, but as a war vet.

So where her small but growing band of supporters see a principled 38-year-old, armed with a progressive policy platform, and, above all, a strong commitment to anti-interventionism, her powerful opponents are determined to present her as something altogether more sinister. They talk of her being a poster girl for white supremacists and the alt-right, of her being a Republican stooge in Democratic clothing, and of her being some sort of Russian asset.

It’s genuinely crazy stuff. Last week, the New York Times even laid into her for wearing a white pantsuit for a TV debate, claiming it was somehow cult-like. But that is as nothing compared to the constant innuendo and sometimes outright claims that Gabbard is being backed by Russia and Putin, the seeming power behind all world disorder.

We’ve seen the LA Times and Politico note darkly that Gabbard is a favourite of Russian propaganda machines. And the NYT has reported that Gabbard is seen as ‘a potentially useful vector for Russian efforts to sow division within the Democratic Party’.

Then, of course, there’s Hillary Clinton herself, a woman who, since losing to Donald Trump in the 2016 presidential election, is no longer able to go near a bed without spotting reds under it. Gabbard, unsurprisingly, does not escape Clinton’s conspiracist gaze. ‘I’m not making any predictions but I think [the Russians have] got their eye on somebody who’s currently in the Democratic primary, and they’re grooming her to be the third-party candidate. She’s the favorite of the Russians’, Clinton continued. ‘They have a bunch of sites and bots and other ways of supporting her so far.’

That’s right. Clinton thinks Gabbard is a Russian plant. She thinks Gabbard is ‘being groomed’ by the Kremlin. She thinks she is being manoeuvred, by Putin and Co, out of the Democratic Party and into a third-party position, so as to split the Democratic vote in 2020. And she thinks that will hand victory once again to Russia’s Manchurian Candidate, Donald Trump, just as she thinks that Jill Stein, the Green Party’s 2016 presidential nominee, was also a Russian asset, used to split the vote three years ago and deprive Hillary of the election victory she still believes should be hers. The entitlement underwriting her deranged conspiracy theory is breathtaking.

But, if anything, the attempts of Clinton and her media enablers to delegitimise Gabbard’s presidential bid have only driven her on. ‘Thank you @HillaryClinton’, Gabbard tweeted last month. ‘You, the queen of warmongers, embodiment of corruption, and personification of the rot that has sickened the Democratic Party for so long, have finally come out from behind the curtain.’ Later, she continued the fightback: ‘If you’re sick of the new McCarthyism and warmongering by Hillary and her cohorts, then join our campaign.’ Which is pretty much on the money.

Yet, while Clinton and her cohorts may be exponents of the new McCarthyism, they are far from the only ones. And that is what is interesting about it. The new McCarthyism is now deployed by besieged elites throughout the West. Putin’s hand is seen everywhere, his power is seen as boundless. Or at least that’s what the theory implies. In reality, Russia-blaming has become one of the principal forms through which an embattled establishment both expresses and rationalises away its fear and anxiety. All domestic challenges, all political opposition, can be reduced to this single foreign plot. The gilets jaunes in France? Stirred up by Russia. Brexit? Russian cash and Facebook ads. Trump? Russian bots and a compromising videotape. And now the 2020 US presidential election? A Russian-groomed third-party candidate to split the vote.

It seems that any challenge to the status quo can be attributed to the omnipotent Putin.

But blaming Russia for everything that goes against establishment interests doesn’t just make the likes of Clinton or the UK’s Remainer elite feel better about losing. It also delegitimises our democratic process. So much so that, in the case of Brexit, a victory can near enough be voided and erased – as if it never happened.

Clinton is taking this tactic one step further. She is attempting to undermine and delegitimise not only Gabbard’s own unlikely presidential bid, but also any potential Trump victory in advance. It is deranged, and dangerous.