A slap in the face of Leave voters

The Brexit Party offered Brexit voters a choice. Now that choice has been taken away. 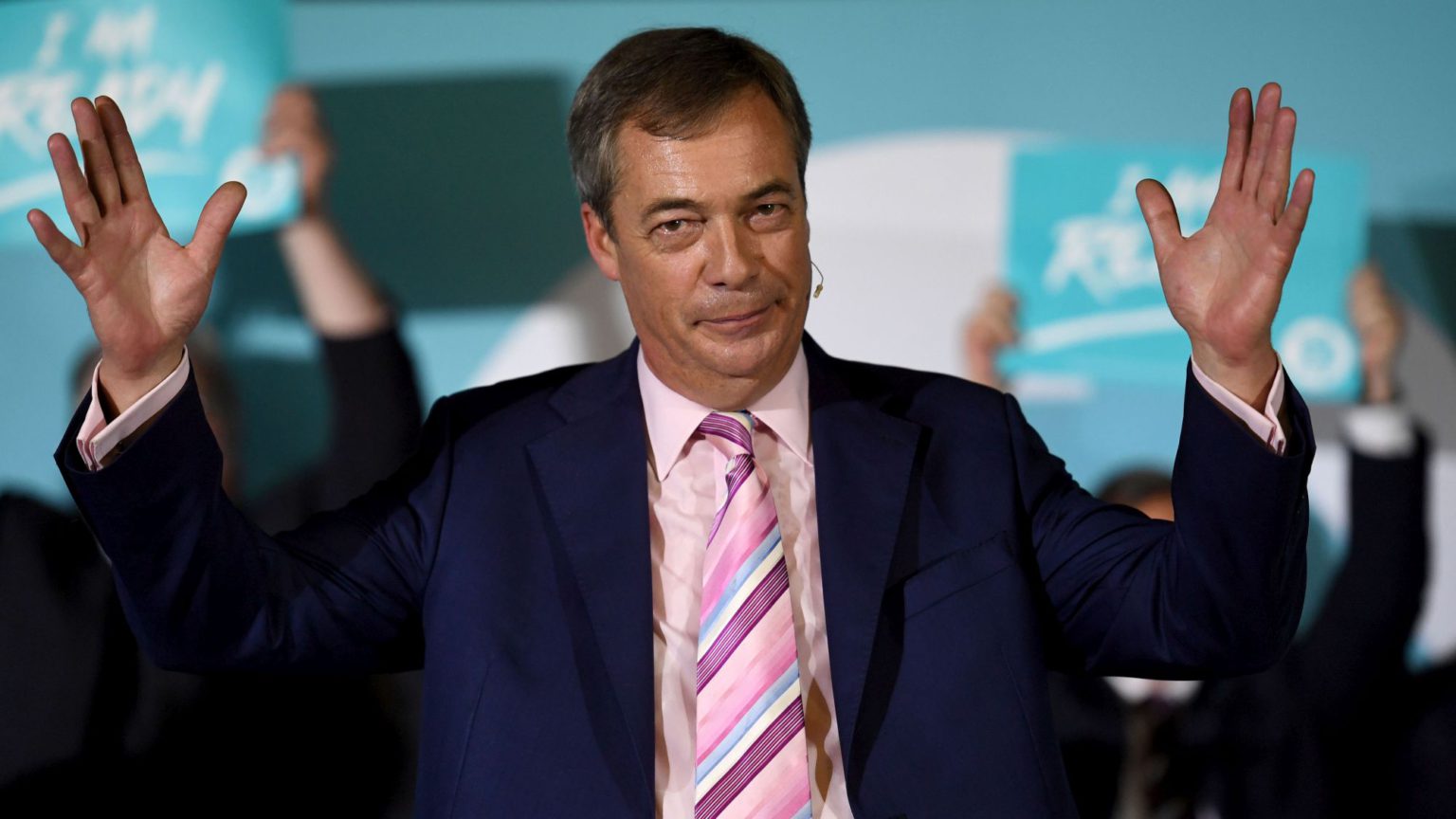 Now we know that Nigel Farage does compromise. The Brexit Party is standing down its prospective parliamentary candidates in each of the 317 seats won by the Tories in the 2017 election. Better to have Brexit under Boris than risk a second referendum under Labour, explained Nigel the pragmatist – despite having spent the past fortnight arguing, convincingly, that Boris’s deal isn’t actually Brexit at all.

This is a slap in the face for everyone who in 2016 voted to leave the EU in order to take back control. It’s a two-fingered salute to all of us who considered Brexit to be about something much bigger and more important than concocted deals and agreements reached behind closed doors. For many voters, Brexit was about wrestling back democratic control not just from Brussels-based bureaucrats, but also from our own political class. Farage’s decision to pull candidates from so many constituencies risks putting politics back out of the reach of regular people.

The Brexit Party has played a vital role in defending the referendum result. It provided a genuine option for Leave voters in this year’s EU elections – elections that were never supposed to happen and were held at a time when Theresa May (remember her?) hoped to push through parliament a deal worse than remaining in the EU. If it wasn’t for the Brexit Party, May might still be prime minister, Boris would never have renegotiated a deal with the EU, and we wouldn’t be having a General Election now. The Brexit Party made democracy meaningful when just about every other party wished it would go away.

But with this decision to stand down candidates, politics risks going back to being an elite stitch-up. Clearly, there is a pragmatic argument that, under our first-past-the-post electoral system, the Brexit Party could have split the Leave vote and inadvertently helped usher in a hung parliament. Worse, it could have led to a Remainer-filled House of Commons determined to push through a second referendum that would do far more damage to democracy than even Boris’s deal.

This was always on the cards. With hindsight, perhaps the Brexit Party should have campaigned more for democratic reform and proportional representation, two of its more interesting proposals, rather than the abolition of inheritance tax and free WiFi on buses. Nonetheless, as Brendan O’Neill has pointed out on spiked, Farage’s compromise could allow the electorate to give the anti-democrats a bloody nose, even if it also calls into question the Brexit Party’s claim to be a principled party committed to leaving the EU and upholding democracy.

But however worthy the motives behind yesterday’s decision, there is a huge difference between individuals making a tactical decision to opt for one candidate over another and prospective Brexit Party MPs being withdrawn by the party’s institutional hierarchy. By pulling candidates, the Brexit Party is denying voters the opportunity to decide for themselves whether to opt for pragmatism or principle.

I live in Canterbury, a constituency that famously elected a Labour candidate in 2017 for the first time in 100 years. Ultra-Remainer Rosie Duffield holds the seat with a tiny minority. I have been thinking long and hard about whether to vote Conservative with the hope of getting Duffield out or whether to vote for the eminently likeable and honourable Brexit Party candidate, Owen Prew. Voting Conservative will strike a blow against the Remainers; voting for the Brexit Party will let me express my concern about Boris’s deal. I am slowly coming to terms with the prospect of voting Conservative. What’s important is that having this choice makes a decision not just possible, but meaningful.

While the choice exists, questions are raised and arguments are had out with friends and family. Central to these discussions are questions not just about how Brexit should be implemented, but also where we should be headed more broadly. When competing visions of our nation’s future are debated in this way, then democracy becomes about more than just putting a cross on a ballot paper come 12 December. Withdrawing Brexit Party candidates means that the decision about which version of Leave to vote for has been made on our behalf. Voters have been put firmly in their place once more.

This is clearly not the end of the fight for either democracy or Brexit. But it is frustrating to see vitally important debates being closed down prematurely. The Brexit Party prides itself on having large numbers of paid-up supporters. I am one of them. That we weren’t offered a vote on an electoral pact with the Conservatives exposes the limits of a political party that prefers to act like a business with satisfied customers than a party with disgruntled members. We had a foreshadowing of these limitations just days earlier with the announcement that Richard Tice, the Brexit Party chairman and benefactor, will stand in the Leave stronghold of Hartlepool. Tice has no connection to the area yet expressed few qualms about replacing the popular local businessman who had already been picked to stand.

Come polling day, it might come as a shock to the leaders of every party to discover that voters are not all driven by pragmatism over principle. Not all Leave voters are prepared to put their cross next to the Conservative Party candidate – even if it is Nigel Farage urging us to do so.