Emotionalism is clouding the climate-change debate. 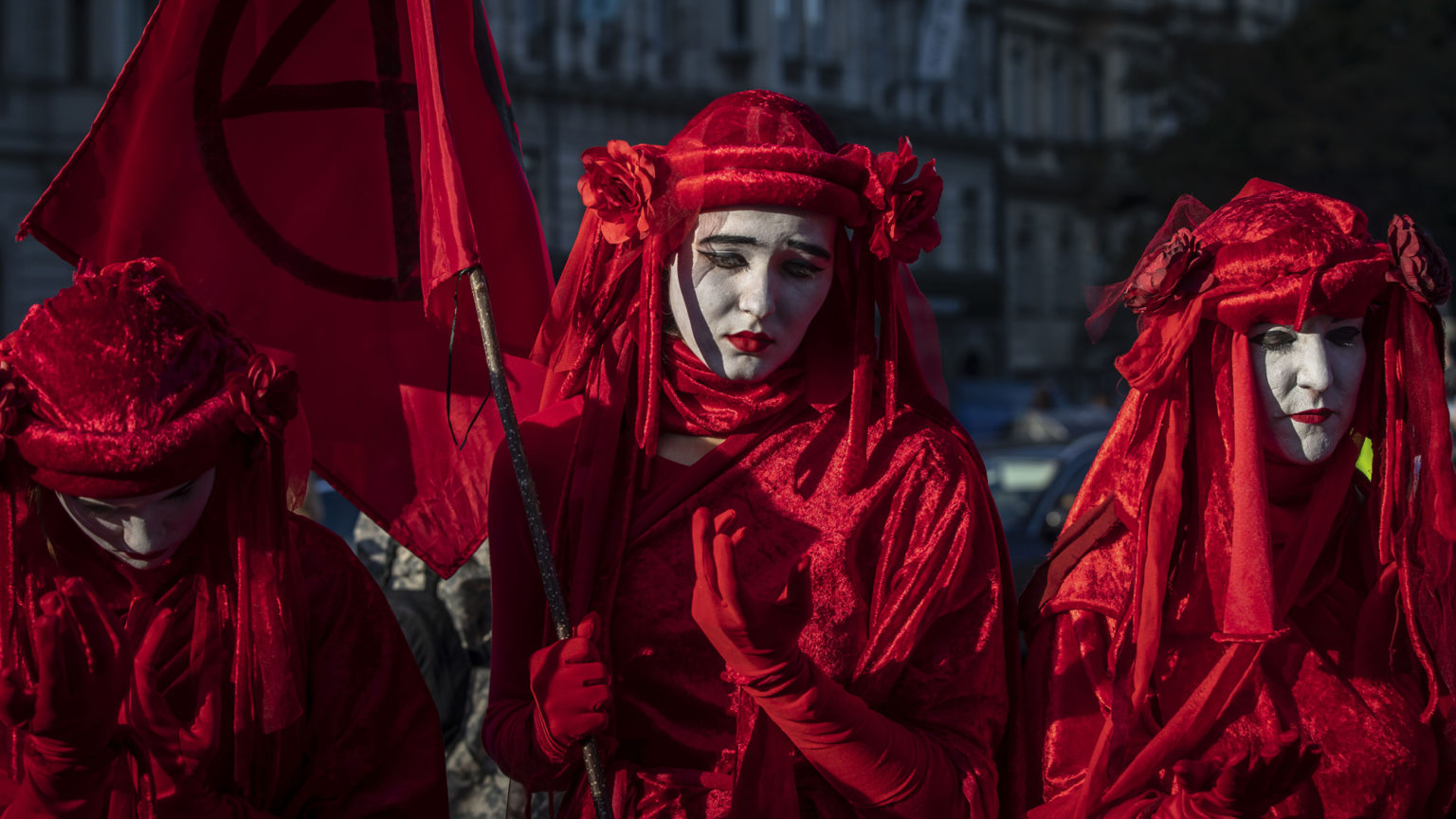 ‘Environmental scientists must be allowed to cry’, say three academics in a letter to the journal Science this month. Their plea has caused a ripple of wider media interest, but perhaps only partly because it overturns traditional ideas about scientists as dispassionate observers. This is a view the authors of the letter dismiss as a ‘pervasive illusion’ that is ‘dangerously misguided’. Rather, these scientists’ appeal for more attention to be paid to their own ‘emotional trauma’ seems to affirm the contemporary tendency to respond to the issue of climate change primarily in emotional terms.

They are not the first to highlight the feelings of climate scientists. An article in Nature last year, for instance, noted that ‘eminent ecologists, social scientists and climate researchers… invoke concepts of grief and mourning to describe their personal distress’. A 2017 study of the ‘emotional labour of climate scientists’ noted disapprovingly that many researchers strove to ‘separate themselves from emotions’, arguing that they misguidedly did so because they were influenced by ‘strong social and cultural pressure to be positive’. Yet it seems that such cultural expectations – that one should ‘manage emotion’ and ‘remain optimistic’ – no longer hold. Instead, the expectation today is that one should catastrophise and emote, preferably loudly and in public.

Alongside Greta Thunberg’s impassioned, lip-trembling speeches to world leaders, or the ostentatious displays of woe staged by Extinction Rebellion protesters, grief-stricken scientists seem to fit right in. But casting the issue of climate change as a matter of personal feelings and emotional responses is distinctly unhelpful. It turns what ought to be a question of scientific investigation and political discussion into an issue for therapeutic sanctimony, where professions of intense feeling about the problem tend to substitute for reasoned debate about how to deal with it.

In the field of environmental communication, the emotionalisation of climate change is nothing new. Analysts have long wondered how to craft the hardest-hitting campaigns, with debate often revolving around the question of whether inducing fear in the public leads to feelings of urgent invigoration or paralysing dread. The pernicious assumption underpinning much of this discussion is that people should be influenced through emotional appeals rather than being convinced as rational political beings.

In 2009 – the year that the academic journal Ecopsychology was established – a report by the American Psychological Association’s Task Force on the Interface Between Psychology and Global Climate Change noted that ‘risk perceptions… are influenced by associative and affect-driven processes as much or more than by analytic processes’. Indeed, there was already a long research tradition in psychology arguing for the primacy of visceral affect over cognitive reasoning, both in general terms and specifically in relation to environmentalism. Two decades ago, it was already uncontroversial to argue that, as one study put it in 2000, ‘the key entry point for environmental education is via the affective domain’.

The eco-psychologists were taking their cue from politicians, many of whom had already worked out that speaking about climate change on the basis of their personal feelings gave them greater moral authority than trying to revive the tired language of left/right politics. The archetypal case is Al Gore, who began his campaign for the US vice-presidency in 1992 by declaring that ‘this election isn’t about politics’, and talking instead about his experiences of family tragedy and grief. He thereby shifted the ground from politics to the sphere of private experience, claiming moral purpose based on his personal understanding of the pain of imminent loss and the need to care for future generations.

Emotion-based appeals not only allow politicians to avoid the far more difficult business of rationally and politically justifying themselves and their policies to the electorate — they also help to disguise the character of measures that would be a very hard sell indeed if they were made explicit. The UK government’s declared target of net-zero carbon emissions by 2050, for example, apparently feels so good that others have sought to heighten the sensation by declaring a 2030 or 2025 target. The harsh realities of immiseration, upheaval and austerity that meeting such a target would entail, however, are unlikely to be spelled out openly in any election manifestos.

Ecological thinking has always offered a fearful, dystopian vision of the future, emphasising limits, distrusting modernist ambition, and rejecting humanism as ‘anthropocentrism’. The mainstreaming of such ideas in recent years has been facilitated by a therapeutic outlook that understands politics in terms of inward-focused projects of the self. We are continually invited to self-monitor and self-audit, to express our feelings, confess our fears and signal our virtue. Just take a look at the climate ‘rebels’ currently prancing and weeping around London to see where this narcissistic approach leads. If science were to follow a similar trajectory, then maybe we really would be as doomed as the Extinction Rebellion protesters proclaim.

Philip Hammond is professor of media and communications at London South Bank University, and is the author of Climate Change and Post-Political Communication: Media, Emotion & Environmental Advocacy.