From Egyptian sarcophagi to the mystery of the Zodiac Killer, ciphers continue to fascinate and frustrate us. 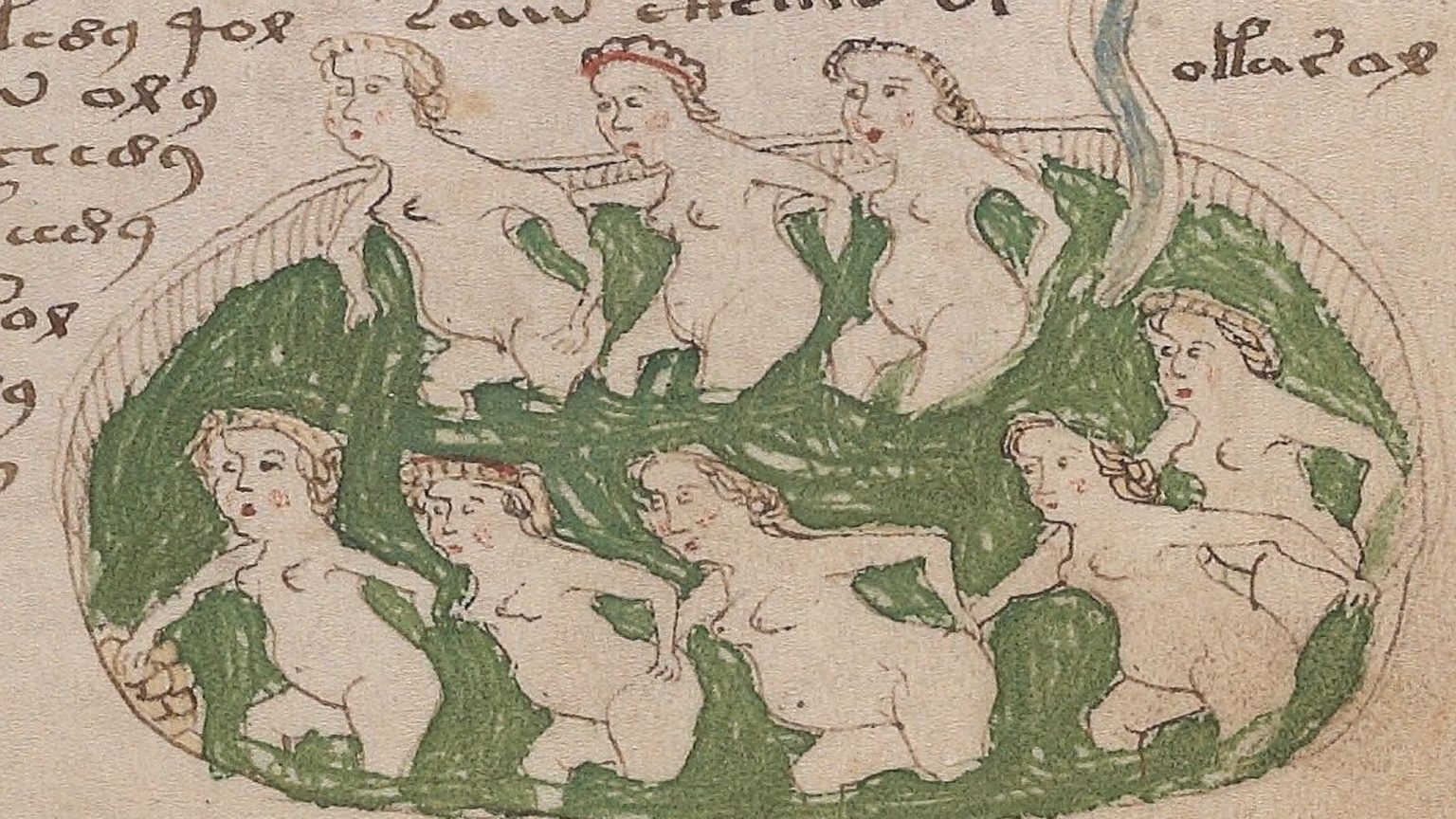 In Unsolved! The History and Mystery of the World’s Greatest Ciphers, Craig P Bauer examines a great array of ciphers, taking us from Egyptian sarcophagi to unexplained internet puzzles, via landmark mysteries such as the Zodiac Killer and Somerton Man.

Ciphers have existed for as long as writing itself. As soon as man began writing, he needed a means to keep his messages secret. Bauer describes examples from Ancient Egypt, Greece, Rome and Viking Scandinavia. There are cases which will be beyond the ability of virtually all readers even to attempt. And there are instances where ciphers turn out not to be ciphers. On Greek vases, for instance, there seemed to be nonsense inscriptions beside legible words. Greek scholars thought that maybe an illiterate artist was writing nonsense or filling in space, yet when an expert in ancient languages was given these transcriptions, he discovered the Greek nonsense was actually a transliteration of local languages such as Scythian, Circassian and Abkhazian. The words read ‘worthy of armour’, ‘one of the heroes/heroines’ and ‘brave adversary’.

Bauer explores the attempts to decode the famous Voynich manuscript, named after the book-dealer who brought it to the US in the 1910s, after it was apparently stolen from a religious library. The book once belonged to King Rudolf II of Bohemia, Holy Roman Emperor, as part of his extensive collection of arcana and curiosities. It is now housed at Yale University. It contains many botanical, astrological and symbolic illustrations, accompanied by a text in unique symbols which has never been decoded.

Various incomplete keys to the Voynich manuscript have been proposed, with decipherers suggesting the base language variously as Latin, English, Old Flemish, Dutch, Ukrainian, Germanic, Hebrew, Chinese, Aztec and ‘the language of the angels’. It may also have been an invented language. One of the most pressing of multiple problems is deciding whether variations in character form might actually be different symbols — that is, are they truly different or just carelessly inscribed?

Analysis of the characters and patterns in the Voynich manuscript indicate that there seem to be two languages written by up to 12 different hands in separate parts of the book. Perhaps the words are anagrams. Or perhaps a Cardan grille (a card with windows) was meant to be placed on each page, and used to uncover only certain meaningful words or letters. Even two of the world’s greatest military cipher breakers made little headway beyond agreeing there was a definite linguistic system being used and the text was not random.

Some claim the book is an elaborate hoax. If it is, it’s unlikely to be a recent one. Radiocarbon dating shows the vellum is from between 1404 and 1438, although there is no way of telling when the ink was applied.

The Zodiac Killer, who is known to have killed at least five people and injured two others in California in 1968/69, is the most famous murderer to have used ciphers with which to taunt the police and public. He communicated with newspapers through a mixture of English-language letters and cryptograms. Some of the cryptograms have been deciphered, others remain uncracked.

The killings and communications were a sensation at the time, creating a climate of fear in Northern California. The police made some obvious errors, including failing to understand the word ‘radian’ – a geometry term related to the measurement of angles through circle circumference. The reference was related to a map clue the killer provided. It shows that his last known killing (of a taxi driver in San Francisco) was committed to fulfil a game that showed the murder sites conforming to a geometric pattern. Breaking the remaining codes has also been hampered by Zodiac’s erratic spelling. Bauer refrains from commenting on the numerous named suspects who have been publicly accused. (You can read the full chapter online here.)

Bauer also looks at the 1883 case of Henry Debosnys, who was hanged in a New York jail for the murder of his wife. Except he was not Henry Debosnys — he was a European immigrant who spoke five languages. He was also a serial criminal and adopted at least one false identity. Interviewed by newspapers, he proved to be a fabulist who wove together numerous alternative autobiographies. The many enciphered pages left in his cell after his execution apparently provided evidence as to his true identity. Yet no one has ever been able to decipher them. The reward could be discovery of his identity, and clues to his other crimes, which are believed to include the murders of his two former wives and a local man.

A more recent case examined by Bauer is the hammer murders of Linda Rayburn and her son Michael Berry, which took place in Massachusetts in 2004. The killer was Linda’s husband, David Rayburn, who committed suicide afterwards. There was no apparent motive and the only clue was a cryptogram found at the crime scene. Bauer’s favoured solution is a suggestion that the code refers to file directories and passwords rather than any message. The crime is officially still open.

On 1 December 1948, a man was found dead on Somerton Beach, Adelaide. He was in his forties, dressed in a suit and without any identification or money. Cause of death was unclear and the pathologist speculated he was poisoned. When what was probably his suitcase was found at a left-luggage office at Adelaide railway station, it contained nothing noteworthy and added no information about the man other than the name ‘T Keane’ – though the garments marked as such may have been stolen or bought secondhand. In his fob-watch pocket was a fragment of printed paper, reading, ‘Tamam Shud’ – farsi for ‘it is finished’. The book from which it was torn, a translation of The Rubaiyat, was found nearby and written inside was a hesitant 44-character cipher.

The suspicion arose that Somerton Man was a spy who had had his identifying documents removed – perhaps by himself. At the time, there were plans to use Australia as a nuclear test site, which would have been of interest to military-intelligence networks. The absence of identification and the use of a cipher certainly pointed to someone engaged in espionage. The cipher may have been a mnemonic or an abbreviation of song lyrics. Also written in the book was the telephone number of a local nurse – who lived very close to Somerton Beach. When questioned about Somerton Man, the woman was apparently caught out in a number of lies. Furthermore, physiological oddities about Somerton Man – his absence of incisor teeth – were shared by the son of the nurse, who had been born a year before Somerton Man died. But up to her death the nurse maintained in interviews that she had no connection to Somerton Man.

Since the nurse’s death, her daughter has claimed that her mother had confessed that she did know Somerton Man. The daughter believed that Somerton Man was the father of her half-brother, and that both her mother and Somerton Man were Soviet spies. The answer to the question of his identity may still lie in files in a secret-service archive.

From treasure maps to cyber security

Other subjects include the Beale Papers (a treasure map), Edward Elgar’s final cipher, and Ricky McCormick’s papers – McCormick was an American petty criminal who was found dead, with enciphered sheets in one of his pockets. It seems likely that he met a violent end. Yet why would he have an elaborate cipher when, according to family members, he could hardly read or write?

The book also covers ciphers set as competitions. One famous test is the Cicada 3301, a series of intricate internet puzzles. Exactly who is setting the puzzles and why has not been explained. Common theories are that it is an intelligence agency testing the robustness of systems or assessing decoders as potential operatives.

Bauer is highly knowledgeable, able to explain systems and narrate stories in an involving manner. This large volume (over 600 pages) reproduces many ciphers in facsimile, along with keys, samples, grids, transcriptions and photographs. It’s a great starting point for anyone wishing to study a variety of unsolved encryption mysteries.

Unsolved! The History and Mystery of the World’s Greatest Ciphers from Ancient Egypt to Online Secret Societies, by Craig P Bauer, is published by Princeton University Press. (Buy this book from Amazon(UK).)

Picture of excerpt from the Voynich manuscript, published under a creative-commons license.