What Trump did was wrong. But impeachment is not the answer. 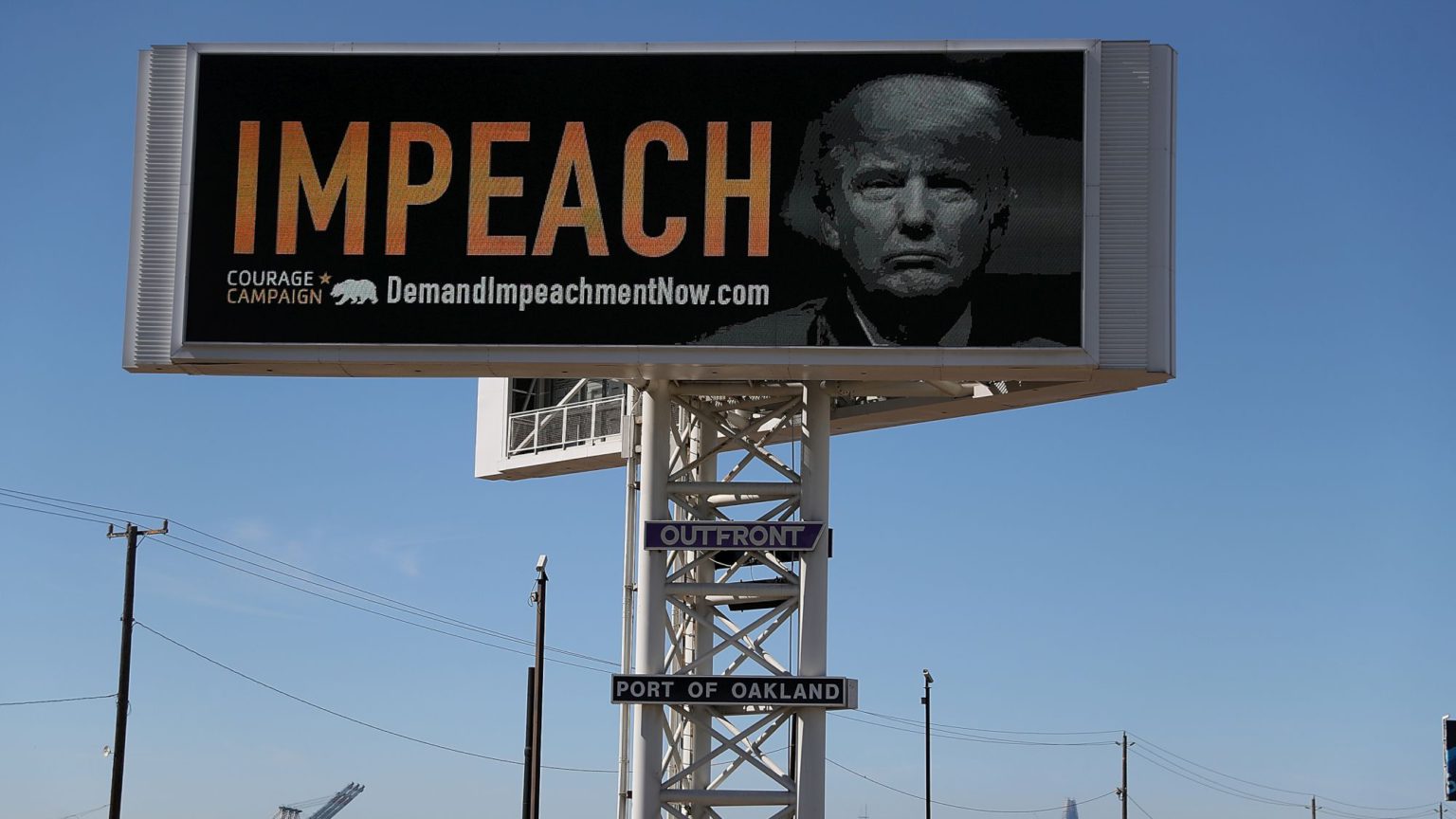 Everyone knows that many Democrats have been aching to impeach Donald Trump since the beginning of his presidency. Liberal activists posted an online petition calling for his impeachment on his first day in office. Every day since inauguration, Democrats have sought to find an issue they could use to remove Trump from the White House. The fact that Trump was fairly elected was not good enough; they knew better that he was not a legitimate president.

Of course, the most prominent effort to overturn the election was the three-year Mueller investigation into supposed collusion with Russia, which collapsed due to a lack of evidence. As New York Times executive editor Dean Baquet said recently, his readers ‘want[ed] Donald Trump to go away’, but thought ‘holy shit’ when it was clear Mueller ‘was not going to do it’.

Like it or not, this consistent Democratic demand to oust Trump is the context in which many people will view the decision by Nancy Pelosi, leader of the Democrats in the House of Representatives, to open an official impeachment inquiry into Trump over his July telephone call with the president of Ukraine. Many, especially the more independent-minded, will view Pelosi’s move as a partisan political act, not motivated by principle. And they will have good reason to see it that way.

So, let’s get right to the question everyone is asking: should Trump be impeached for pressuring Ukraine’s leader, Volodymyr Zelensky, to investigate Joe Biden and his son? No. But that doesn’t mean Trump’s interactions with Ukraine should be shrugged off as no big deal.

All the facts aren’t out, but we do have the whistleblowers’ complaint, a transcript of the call and other background information – and all of it paints Trump in a bad light. Trump admits he raised the issue of corruption with Zelensky, including investigating a company with ties to Biden’s son, Hunter. It’s also clear that Trump delayed US aid to Ukraine that Congress had authorised, and that money was hanging over the discussion. The transcript reads like a bad mafia movie script, with Trump’s talk of the US being ‘very, very good to Ukraine’, but that Ukraine has not been ‘reciprocal’, and saying ‘I would like you to do us a favour’. While Trump’s defenders say there was no explicit quid pro quo, that really is a weak defence.

In the call, Trump was using the presidency, and the power that role has, for his own personal political ends – namely to harm his political rival Biden, who is the leading Democratic Party candidate right now to run against Trump in November 2020. He was effectively calling on a foreign nation to interfere in a US election – something that Trump spent the past three years claiming not to have done with Russia in 2016. The involvement of Trump’s personal lawyer, Rudy Giuliani, in this matter (Trump asked Zelensky to speak with Giuliani, and Giuliani for months has been calling for Biden to be investigated) shows that Trump is mixing his personal campaign with formal diplomatic relations, which is wrong. All in all, Trump appears to have abused his power.

This is a serious issue, and it ought to be further investigated. While the details revealed so far look bad for Trump, we don’t know the whole story. The wise course would be to wait and see. But the Democrats are pushing forward and don’t seem to believe they need to follow typical impeachment protocols. Pelosi announced her decision before the whistleblower’s complaint and the transcript were released. And it now appears that Democrats in the House are trying to rush through any hearings and move on to an impeachment vote. Normally, hearings are important not only so that the full facts emerge, but also to win some degree of bipartisan consensus and the broader support of the American people. But the Democrats’ process has the feel of ‘sentence first – verdict afterwards’, which will only serve to confirm the suspicions of those who suspect impeachment is only being pursued to satisfy the Democrats’ Resistance base.

Based on what we know so far, Trump’s demands on Ukraine do not rise to the level requiring impeachment. The drafters of the US constitution deliberately set a high bar for grounds for impeachment, requiring evidence of ‘high crimes and misdemeanours’. They sought to make it very hard to annul an election, knowing that democracy gave the political class its legitimacy. They certainly did not want impeachment to become a commonly deployed political tactic. And that is why impeachment has been pursued so rarely in US history. There have been only three presidents brought up on impeachment charges. In two of the cases – Andrew Johnson and Bill Clinton – the House voted to impeach, but the Senate voted against removal. The third – Richard Nixon – resigned before the vote was taken.

Trump’s pressure on Ukraine shows bad judgement, and represents an abuse of his power, but does not reach the ‘high crimes and misdemeanours’ standard. As the saying goes, the punishment must fit the crime, and in this case, the remedy of impeachment is one that is not only severe, but also overrides an election.

Democrats act as if the only alternatives are impeachment or do nothing; to not impeach, they contend, would be to condone Trump’s actions and set a bad precedent for future presidents to abuse their executive powers. But the choice of how to respond is not that simple. For a start, Congress can – if the case is ultimately proved beyond doubt – pass a resolution formally to censure Trump. That would make clear Congress’s opposition and serve as a visible black mark on the president’s record.

But more to the point, voters should be the ones to decide Trump’s fate. The next election is only about a year away. While candidates campaign for president in the coming months, the issue of impeachment will raise a big question mark over the election, and distort the debates. Voters want to hear about jobs, healthcare, childcare, education – and instead, the Democrats will be telling us to focus on impeachment.

Worst of all, it will appear to voters that the choice has been taken out of their hands. The message will be clear: we, the elite in Congress, don’t trust you, the mass of American people, to make the right decision. Impeachment will be viewed by many as a move by the political establishment to overturn the result of a democratic election, just because they didn’t like the man who won. If, at the end of the impeachment process, Trump is not removed by the Republican-majority Senate – which right now is the most likely outcome – then it is easy to imagine a swing back towards Trump, as he presents himself as the victim of a partisan coup attempt.

The Ukraine episode is a reason to vote against Trump, not a reason to impeach him. He may be guilty of abusing his position, but Democratic politicians’ moves to eject him the White House – effectively substituting themselves for the people – are a bigger problem for the future of democracy. Democrats may want Trump to ‘go away’, but they should have to convince a majority of Americans before they make that happen.