The dark side of Friends

Beneath the commercial appeal and schmaltz, it was always a subversive show. 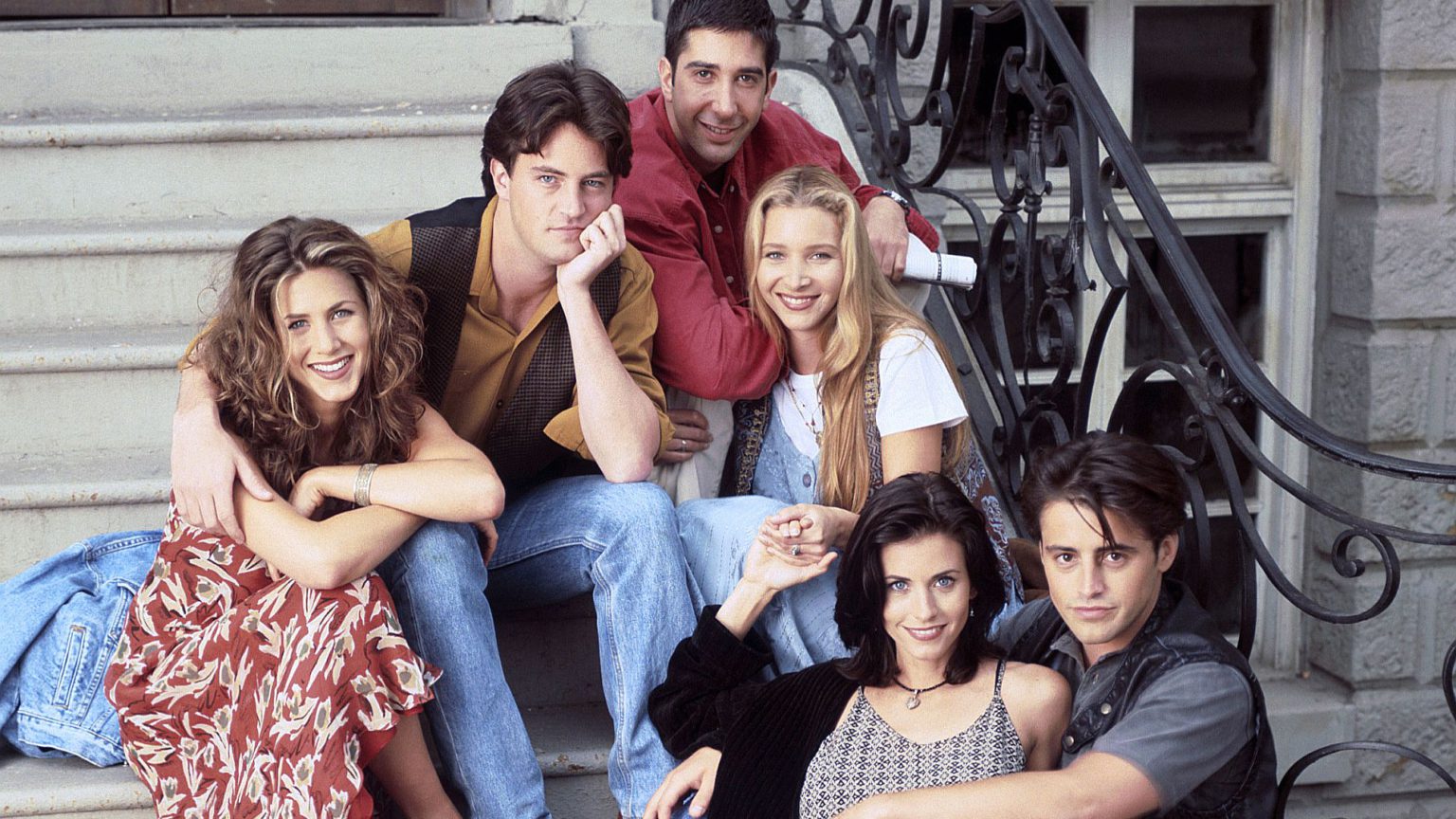 Woody Allen once remarked that he wished he had been a tragedian, and it is certainly the case that as a genre tragedy ages far better than comedy. With the advent of social media and digital television, one might expect the ageing process to be accelerated, and for sitcoms of the relatively recent past to be buried by changing tastes. But this does not seem to have happened to Friends, the first episode of which aired a quarter of a century ago. Last year it came out on top of an Ofcom survey into the most popular subscription streaming shows, and was the second most watched show on Netflix in the US. It seems as much of a crowd-pleaser now as it ever was.

Friends is a particular favourite of those too young to remember its first outing, thanks to Netflix acquiring the rights in 2015 to stream all 236 episodes. The strength of the writing and the core cast has sustained the show’s relevance, and doubtless the fact that it so irritates the supposedly progressive voices of the mainstream media offers an added appeal for a younger generation who are pushing back against the prudish excesses of 21st century ‘wokeness’.

There has been a good deal of nonsense written about Friends as we approach its 25th anniversary, not least the deservedly maligned Buzzfeed article that dismisses it as ‘a show about white people being thin’. This is the very same website that published a list of ‘26 Really Inappropriate Friends Moments That Don’t Hold Up In 2019’, and invited its readers to shudder at the ‘problematic’ jokes of yesteryear. Other media outlets have followed suit. ‘Millennials watching Friends on Netflix shocked by storylines’, runs one headline in the Independent. ‘Friends is problematic AF’, claims Film Daily. The show ‘represents the uninformed privilege of the 90s and therefore that is the era in which it should stay’, brays a critic for Insider. These people come across like some ageing librarian scoring through the offensive words in a copy of Fifty Shades of Grey with a black felt-tipped pen.

All of these articles are exercises in wishful thinking; these critics disapprove of Friends and so have a vested interest in pretending that there is widespread outrage from a younger, more enlightened audience. The method is to cite a handful of tweets from a few uptight millennials and young people in order to smear an entire generation. It doesn’t stand up. This weekend I was giving a talk about comedy and social media at a girls’ school in London, and I asked the pupils to put their hands up if they found Friends offensive. Only one tentative hand was raised, and this was from precisely the demographic who we are told are so ‘shocked’ by the show’s content.

Let’s consider one example that is routinely judged to be ‘problematic’. In ‘The One with the Metaphorical Tunnel’, Ross is upset because his infant son Ben has developed a fondness for playing with a Barbie doll. Ross is concerned that, since Ben is being raised by his mother and her lesbian partner, he might turn out to be gay. Ross attempts to wean his son off the Barbie using a toy GI Joe, but his efforts are in vain. A writer for Cosmopolitan expressed disgust at this storyline on the grounds that it makes Ross ‘the mouthpiece for conformity and stereotypes’. This is, of course, precisely the joke. The show is not endorsing Ross’s fears, but inviting us to laugh at them. That this should even require an explanation is headache-inducing.

The kind of latter-day puritans who write for Buzzfeed and Cosmopolitan are about as well qualified for comedy criticism as their heroine Mary Whitehouse. But in compiling these various sin-lists they have at least managed to hit on one of the most underappreciated aspects of Friends. For all its vast commercial appeal, it has always been a relatively subversive show. Even in its own time it was censured by the more moralistic voices of the press. The day after the final episode was aired in May 2004, the New York Post ran an opinion piece attacking the show for its consistently inappropriate subject matter. When today’s critics argue that, for example, Ross’s attempt to seduce his own cousin was ‘all kinds of gross’ (to quote the Metro), they forget that even at the time this was considered unusual fare for a sitcom that had such broad appeal.

The very fact that the branding of Friends indulged in the glossy and the mawkish enabled the writers to steer the plotlines into genuinely dark territory. This is no better demonstrated than by the character of Phoebe. In the early seasons, she is presented as an innocuous kook who plays whimsical songs on her guitar. She is later outed as a former criminal (‘The One With The Mugger’) who once ‘stabbed a cop’ (‘The One With Ross’s Sandwich’), contracted hepatitis from a pimp’s saliva (‘The One With Ross’s Inappropriate Song’), and, in one deleted scene, goes so far as to threaten to ‘cut’ Monica (‘The One Where Joey Dates Rachel’). When Phoebe discovers that Sting’s son goes to school with Ben she thinks nothing of posing as his mother’s partner in order to use the child to secure free concert tickets (‘The One With Monica’s Boots’).

Moreover, all the lead characters in Friends are opportunists whose first instinct is to lie to each other for their own short-term benefit. The writers are happy to sentimentalise the burgeoning relationship between Monica and Chandler (in seasons five and six), but when the couple finally marry they become a satire on the destructive nature of wedlock. They routinely deceive each other and score points through petty insults; even on honeymoon it soon becomes clear that their priority is the acquisition of free gifts (‘The One Where Rachel Tells…’). When Monica starts to believe that Chandler has a shark fetish, she attempts to arouse him with a marine documentary rather than discuss the problem (‘The One With The Sharks’). The schmaltzy image of the show made such dark conceits even funnier, and there are many occasions when the title Friends feels like a sardonic gesture.

When asked to explain the show’s ongoing appeal, co-creator Marta Kauffman describes it as ‘comfort food’. ‘It’s warm’, she says. ‘It’s inviting. You want those people in your house.’ This was never an interpretation I was likely to share. Even in its early days, I was attracted to its more transgressive elements, and quite why anyone would invite such a hilariously dysfunctional group into one’s home is beyond me. So, yes, in a way the pearl-clutchers at Buzzfeed are right. Friends is deeply ‘problematic’. And thank God for that.