Climate strikers need to grow up 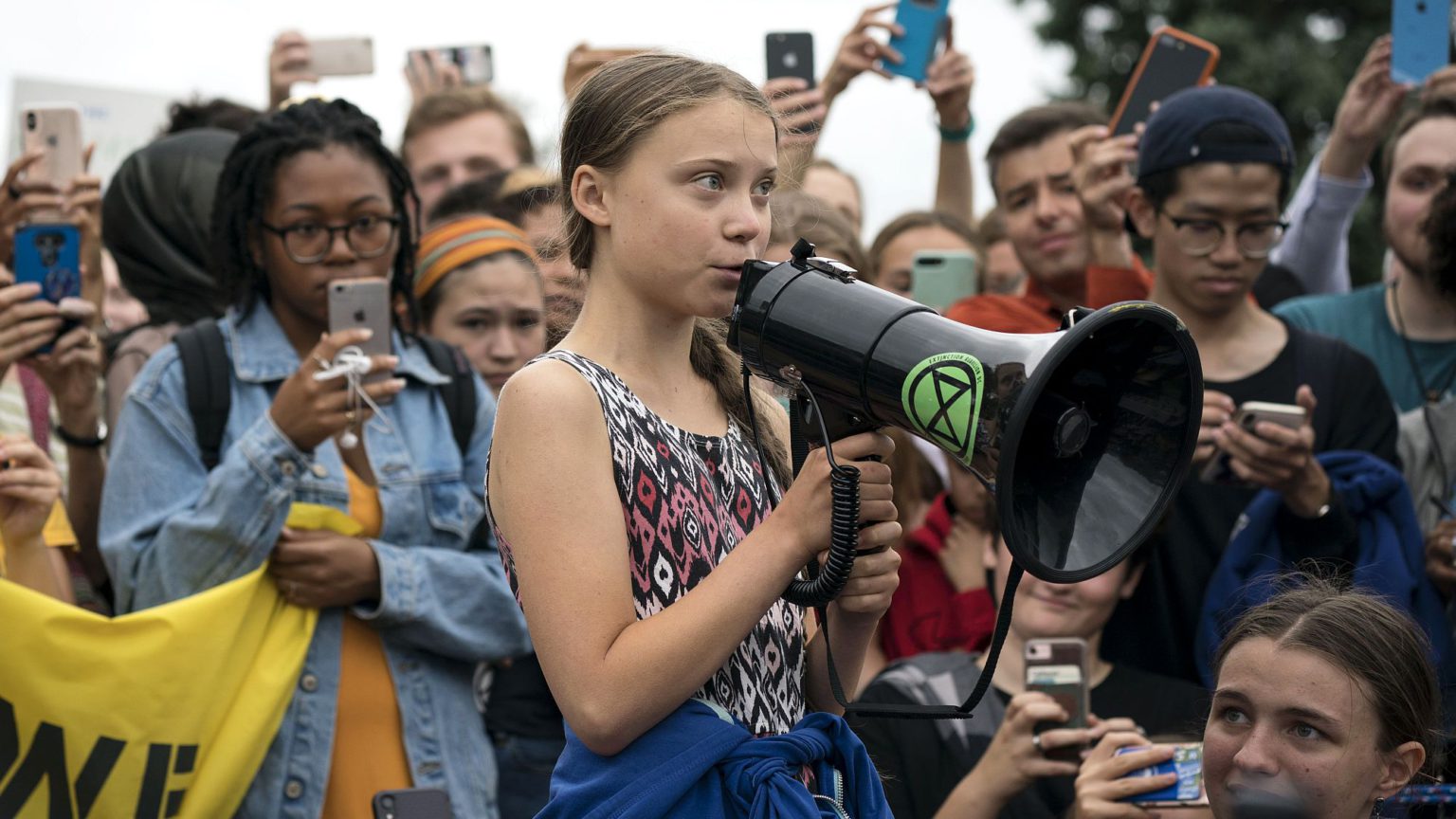 From Sydney to London to New York, thousands of children, alongside many adults, went on a so-called climate strike last week. They demanded ‘urgent action’ to combat ‘climate breakdown’.

Hyperbole was the order of the day. Addressing protesters in London, Guardian columnist Owen Jones warned the planet was succumbing to ‘murder!’. Protesters’ placards, from ‘Don’t fucking kill us’ to ‘Act now or we will die’, echoed Jones’ dire warnings. Meanwhile, teen eco-prophet Greta Thunberg had just told US Congress that climate change is ‘the biggest crisis humanity has ever faced’.

These people really need to take the advice of an old geography teacher of mine. Although passionately convinced that climate change was happening and posed a serious threat, he nonetheless warned us against abandoning our critical faculties. This, he said, too often leads to worst-case thinking and catastrophism.

Sadly, too many public voices indulge in precisely this. Take, for instance, the following Guardian report, which declares that ‘the world’s insects are hurtling down the path to extinction’. Francisco Sánchez-Bayo, a scientist at the University of Sydney, bases this prediction on the fact that the total mass of insects has, over the past 25 years, been falling at an average rate of 2.5 per cent per year. So, he concludes, ‘in 10 years you will have a quarter less, in 50 years only half left and in 100 years you will have none’.

Yet the same article acknowledges that insects remain ‘by far the most varied and abundant animals, outweighing humanity by 17 times’. Variations in the global insect population are not reducible to mathematical worst-case scenarios. Sure, insect populations might have declined in some areas. But such declines are often a prelude to their renewed rise due to the reduction of the number of predators reliant on a steady diet of particular insects. To say that there will no insects at all in a hundred years is to extrapolate from a contemporary data set, and project – or rather imagine – the worst possible future scenario.

This kind of mindless exaggeration pervades the climate-change debate.

My schoolfriends and I were fortunate enough to have been taught by a geography teacher who was intellectually honest enough to keep his ideology out of the classroom. Too many teachers in the Western world are compelled by government guidelines to scaremonger about climate change. Thunberg herself says she experienced a quasi-divine revelation about how the world was going to perish when she was exposed to a propaganda film about climate change.

Such attempts at brainwashing children in schools are reminiscent of authoritarian regimes. Teachers are encouraging children to embrace fearmongering. When a teacher nods at a child’s parroted claim that climate change will cause Armageddon, children are being authorised to repeat this outside school as if it were true. Thus Thunberg can freely postulate all kinds of exagerrations and untruths, such as climate change will ‘most likely lead to the end of our civilisation as we know it’, or ‘up to 200 species’ are ‘going extinct every single day’. And those adults who have fed her all this then nod along, as if it’s the first time they’ve heard it.

Given Thunberg has not attended school recently, perhaps that explains why she knows so little about ‘our civilisation’. If she cared to learn a bit of history, she would know that modern civilisation has proved highly successful at surviving and massively improving the existence of humanity and the natural world.

Yet, there is hope. Not all students succumb to the simplicity of worst-case thinking and black-and-white moralising. Thunberg herself recalls how her classmates looked ‘concerned’ when they watched the film about climate change at school, but, ‘when it stopped, they started thinking about other things’. Thunberg was outraged at their perceived complacency. But it is good to know that most schoolchildren refuse to let themselves be consumed by the climate-fire-and-brimstone efforts of their teachers.

Too many others, from Thunberg to Jones, have embraced the catastrophism and worst-case thinking of the environmentalist movement. They happily think in moralising, black-and-white terms: either we act now or nature will quickly take us to hell in a handcart; either you’re with us or you’re against us (and nature). But climate change is not a black-and-white issue. There needs to be critical thought, reflection, and, most of all, debate. Which is precisely what Thunberg, Extinction Rebellion and the rest are opposed to.